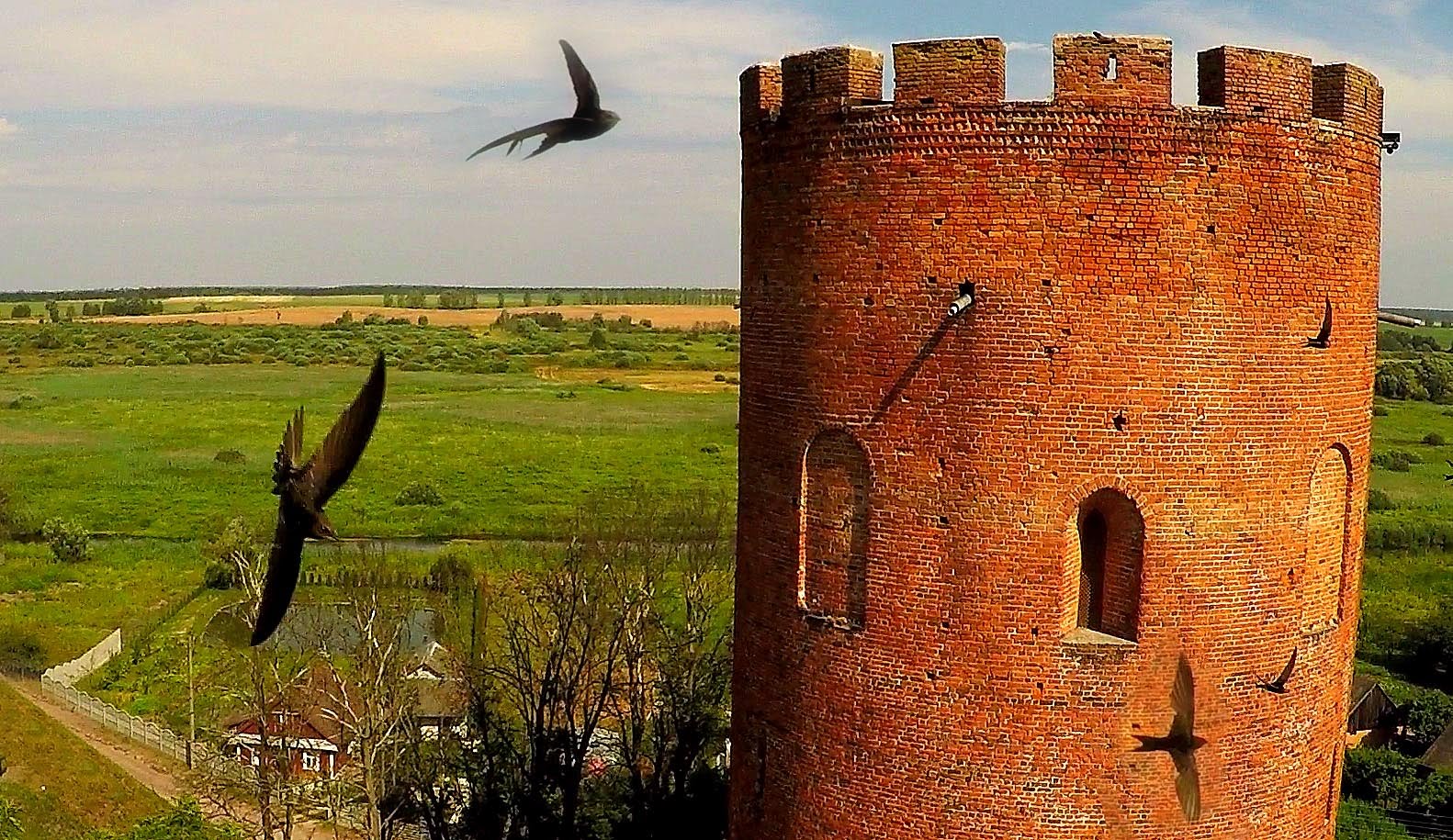 Well, The Tower of Kamyenyets is often called “White Tower” actually a main landmark of the town of Kamianiec in Belarus. It is constructed in 1271-1289 by architect Oleksa, on the northern border of Principality of Volhynia. The Tower has constructed with red brick through the ages, gets never white. The Tower is main landmark of the area, and standing atop gives a majestic view of Liasnaja River. However, it was erected in 1270’s, but foundation date is referring 1276. These days, the tower is national historic site of Belarus, and converted into regional museum since 1960. As the time passes, there were similar towers being built in different areas but badly destroyed in course of wars.

The tower is 98 feet high, and redbrick walls are approximately 8.2 feet thick with a pitched roof at the top. The tower of Kamyenyets was added to the UNESCO World Heritage Tentative List on January 30, 2004, in the Cultural category. The tower was completely constructed with red brick give it really a unique look. Therefore, distinct the narrow loopholes on lower levels, the pointed big lancet windows and niches on the upper floor are an outstanding example of early Gothic architecture in Belarus. The opening windows were plastered and whitewashed; permit the entry into the apartments. The upper part of the tower was furnished with battlements and pattern of surface modeling of the brick work, with the addition of several nice ring dong tooth courses running below the battlements. Moreover, the brickwork features a peculiar Baltic bond and some bricks on the exterior were damaged or dismantled by the local peasants.

The tower is so special for in tourism in Belarus, survived various wars and savagery. Unluckily, the tower has diminished the defensive values over the times, and several attempts made to dismantle him in order to get the red bricks. Nonetheless, people found out that it was unbearable: the bricks turned into rough stone, reluctant to dismantling. The five-tier round building was built for defensive purposes and so lacks architectural and decorative elements. In its place, it has thin portholes and four flat niches with semicircular ends. Moreover the top part of the tower, was an observation platform, is well surrounded by 14 rectangular merlons with apertures and a decorative strip runs around the top of the tower. 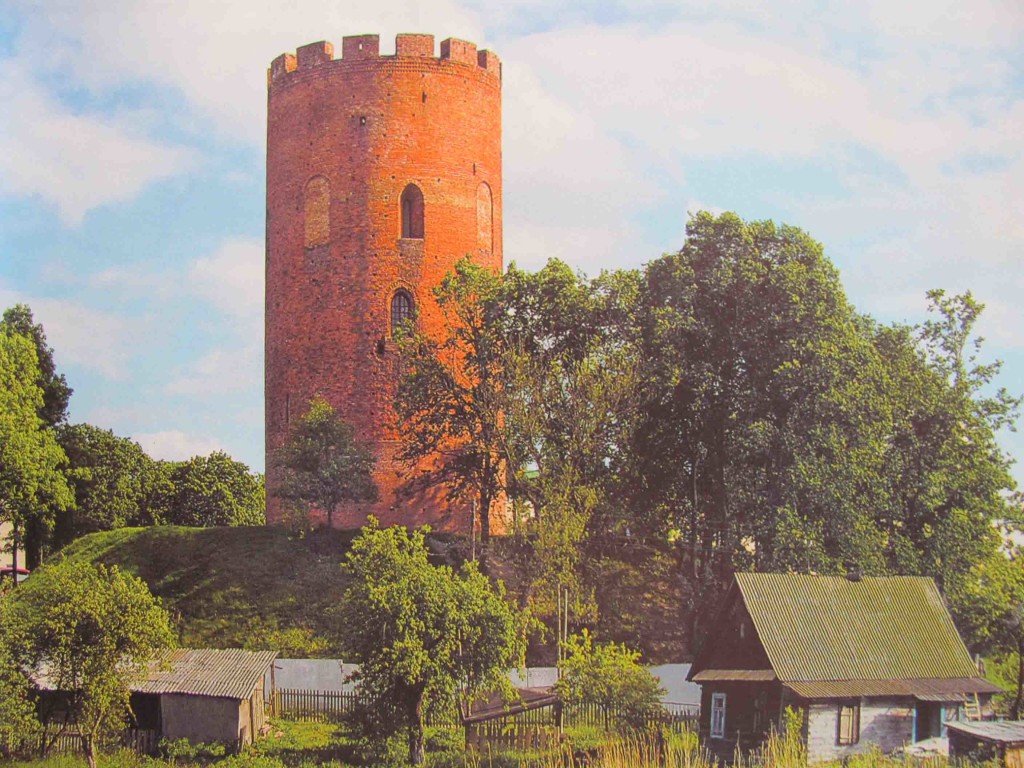 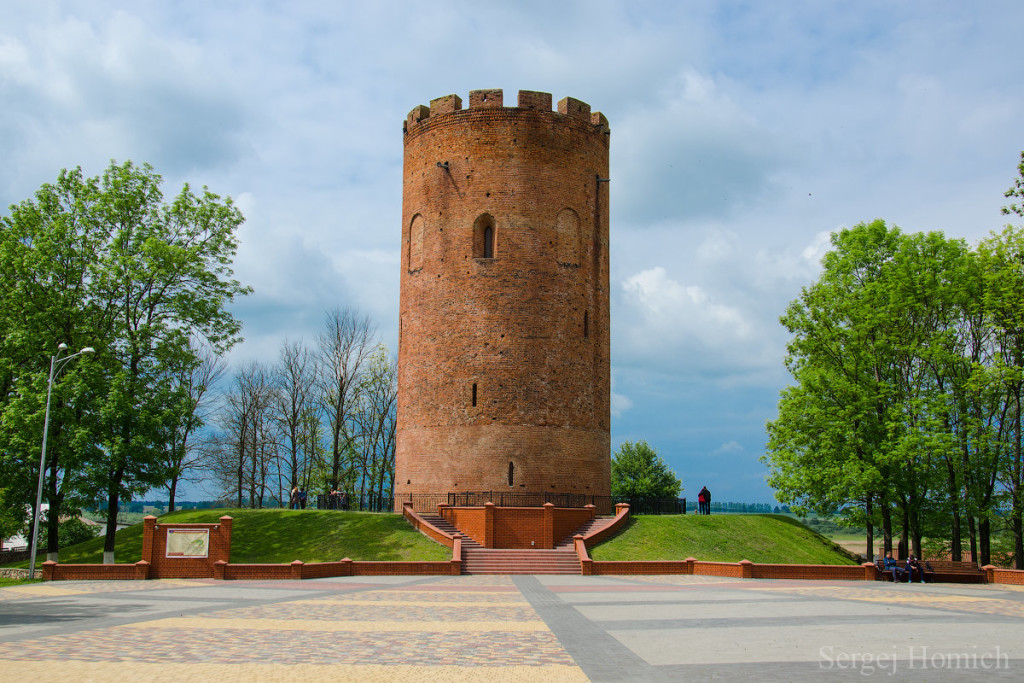 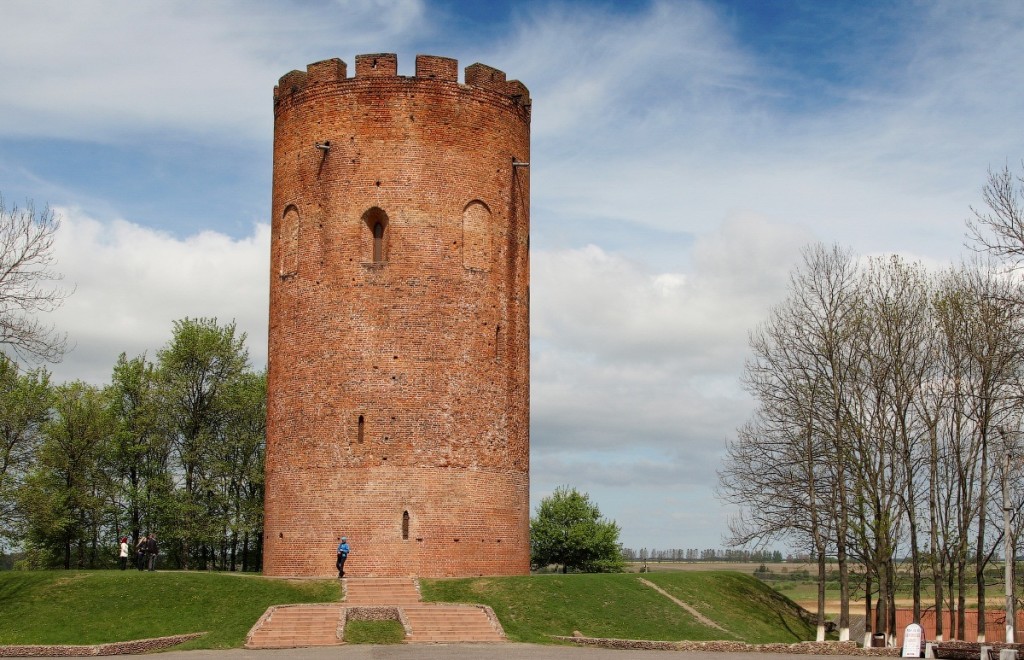 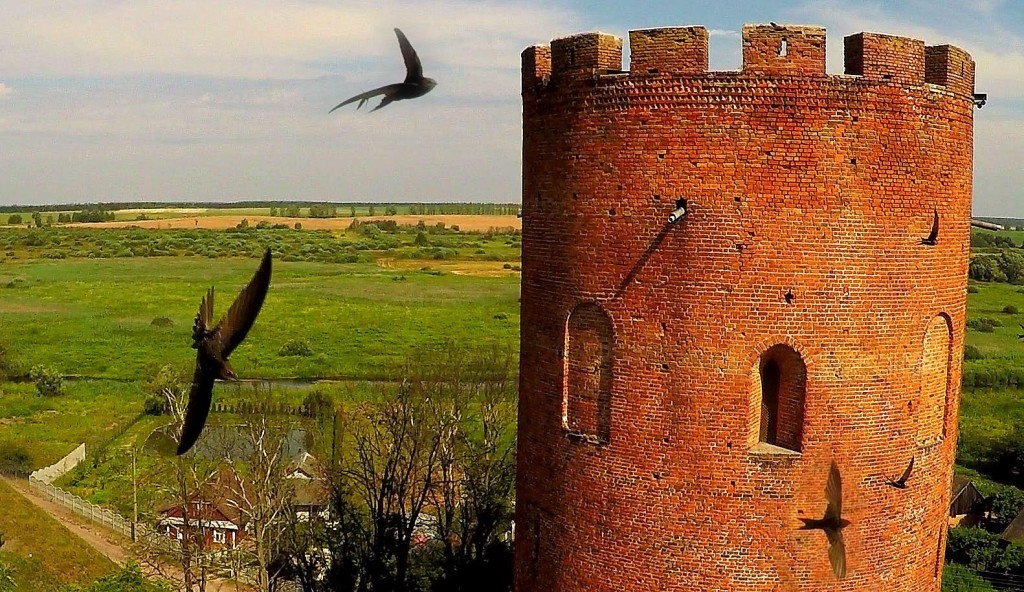 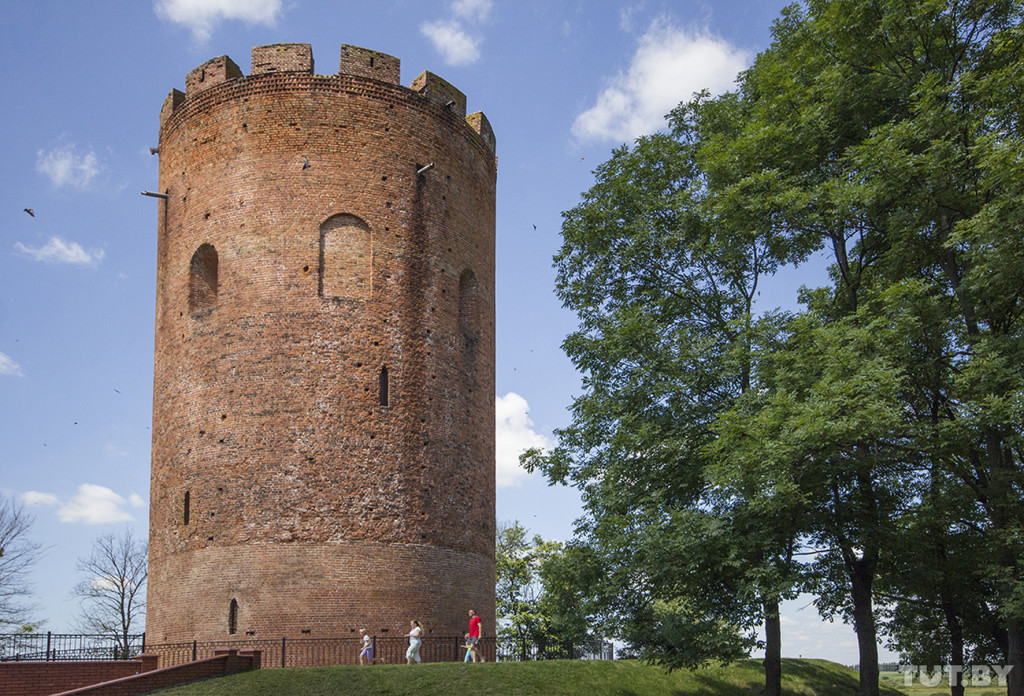 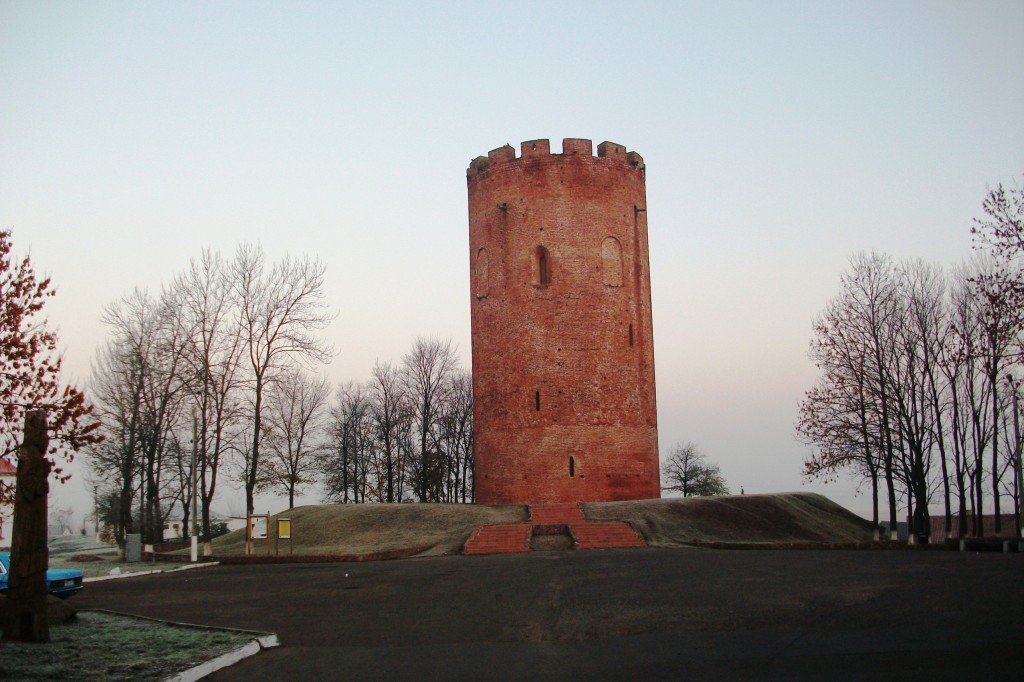 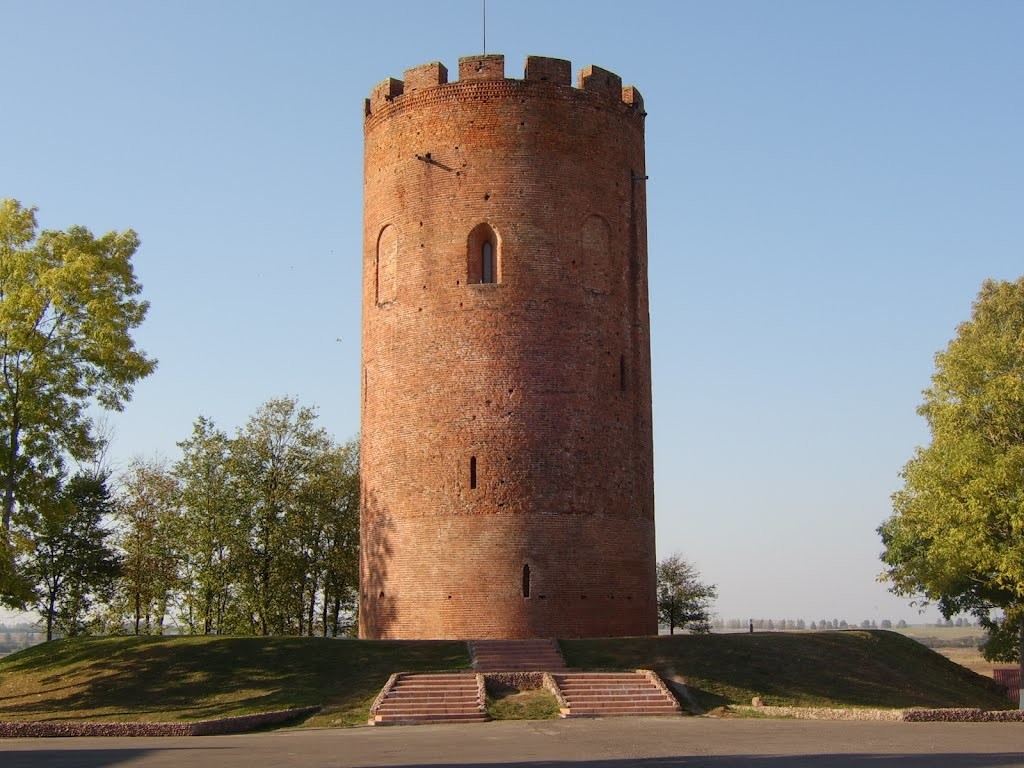 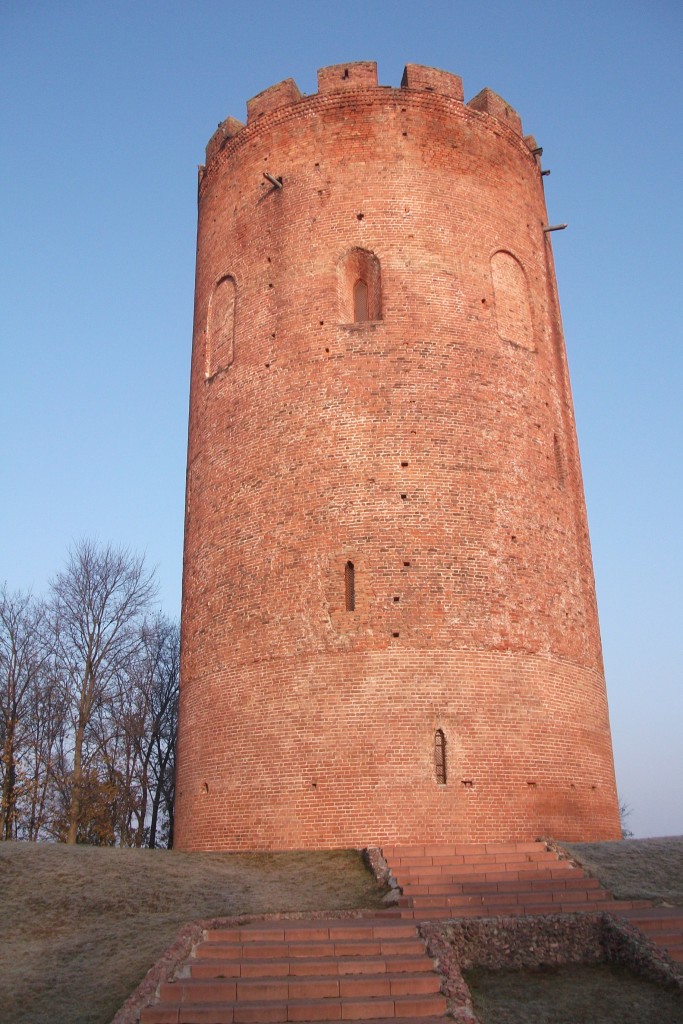