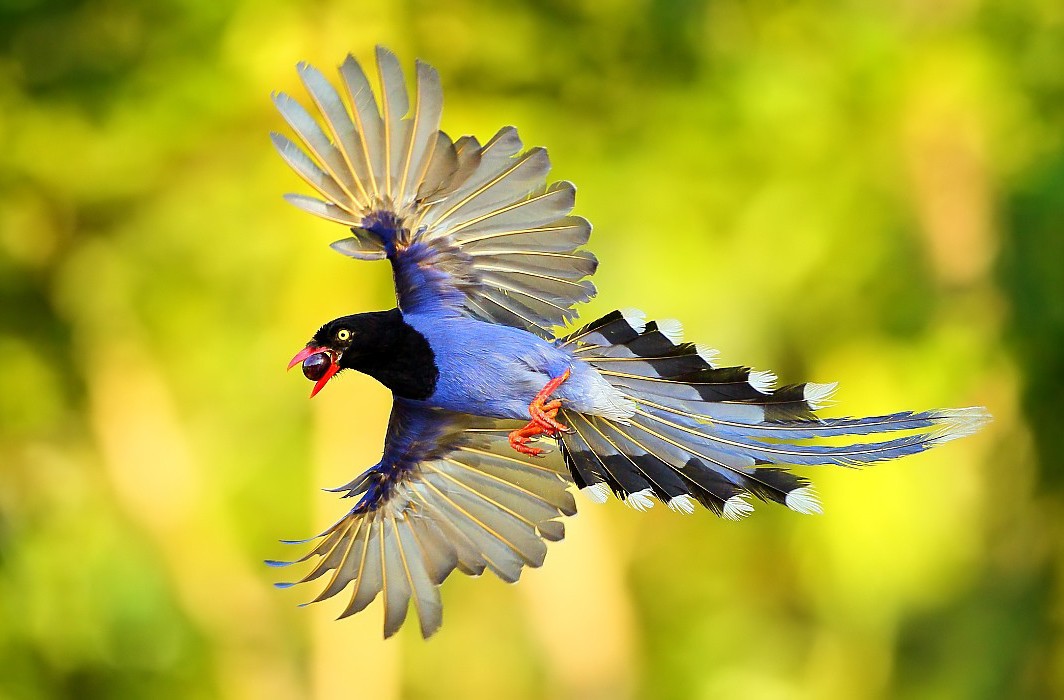 The beautiful Taiwan Blue Magpie (Urocissa caerulea), is famous as Taiwan Magpie or Formosan Blue Magpie or the “long-tailed mountain lady” who is a member of the Crow family. It lives in the mountains of Taiwan at an elevations of 300 to 1200 m.

In the year 2007 National Bird Voting Campaign held by the Taiwan International Birding Association, they’re were over one million votes cast from 53 countries. The Taiwan Blue Magpie defeated the Mikado Pheasant and was picked as Taiwan’s national bird; however it has yet to be formally acknowledged.

The Taiwan Blue Magpie is fearless of people. They’re traces can be found in proximity to human residences in the mountains or newly cultivated lands. They’re gregarious and are generally found in groups of six or more, gliding and shuttling in the woods. When they’re flying in a group, the birds tailgate each other. At times they may be seen strung out as if in line.

The size of Blue Magpie is about to European Magpie but have a longer tail. It is 64 to 65 centimeters in length and there wings measures 18 to 21 centimeters and tail measures 40 centimeters in length. The plumage of female and male look alike. It’s head, neck and breast are black; eyes are yellow; bill and legs are red; the rest of the plumage on the bird is a rich dark blue to purple in color. The bird also has white markings on the wings and the tail.

Alike to other members of the crow family, they have a raucous call which is described as a high pitched cackling chatter, “kyak-kyak-kyak-kyak”, and they’re famous for scavengers and omnivores. They’d like to eat snakes, rodents, small insects, plants, fruits, and seeds but they’re favorites are Wild figs and papayas. They’re known to store leftovers on the ground and cover them with leaves for future retrievals. At times they store food in the leaves or branches.

The Blue Magpie is monogamous and Females incubate eggs while males support out with nest building and feeding. They’re nests are habitually found in the woods and weeds rendezvous areas and are commonly built on higher branches from March to April. The nest shapes like a bowl and is weaved with twigs and weeds. Generally you can find 3 to 8 eggs in a nest, which are olive green in color, with dark brown marks. Hatching takes 17 to 19 days and the success rate is 78.3%. This will produce 3-7 chicks per nest.

Taiwan Blue Magpies have a strong nest defense behavior, and will attack intruders mercilessly until they retreat. The IUCN Red List of Threatened Species has currently assessed the species to be of Least Concern as it is common throughout it’s range. But due to it’s endemism, therefore, the Taiwan Blue Magpie has been listed as a “rare and valuable species” and protected by Taiwan’s Cultural Heritage. Also Read: Lilac Breasted Roller, Most Attractive Bird in The 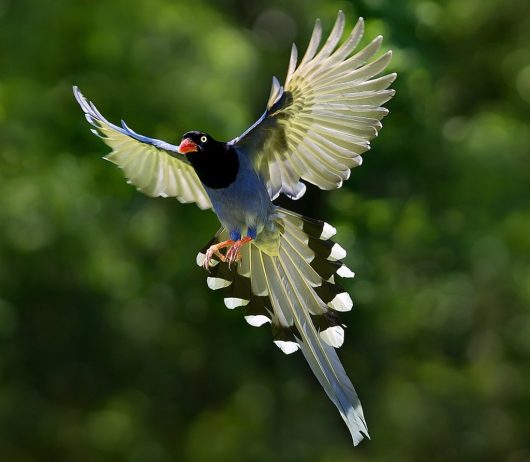 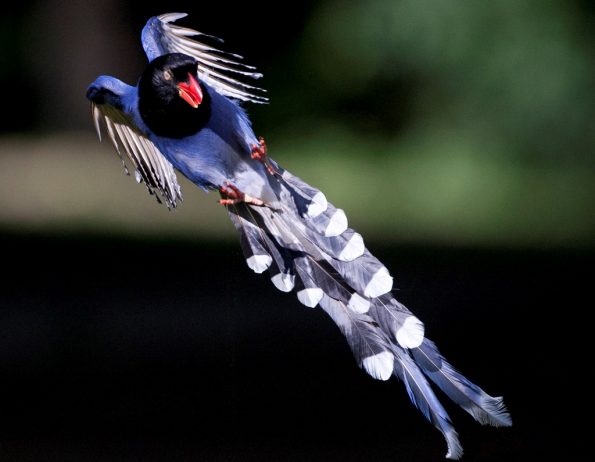 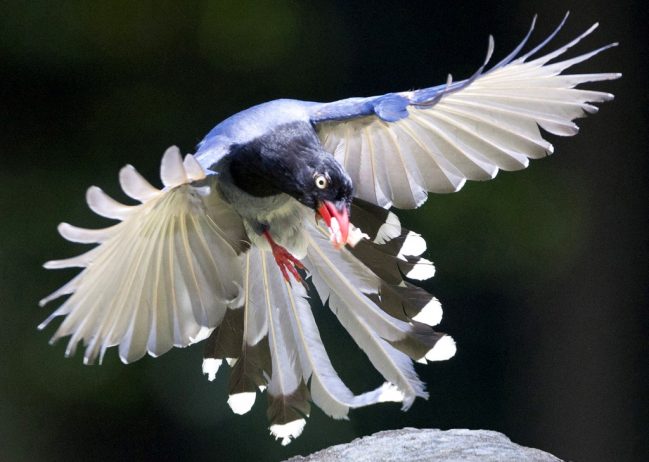 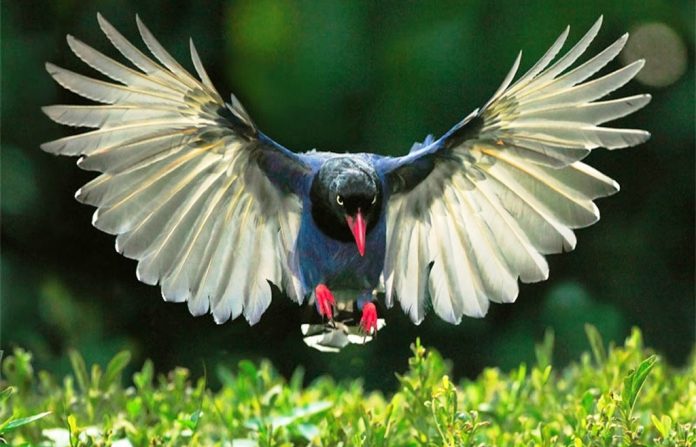