Water bridges structures are that carry navigable waterway canals over other rivers, valleys, railways or roads. It is uncommon concept in the world and this helps in small ships and boats ply on these waterways. The most famous water bridge is the Magdeburg Water Bridge in Germany, the longest and the most impressive in the world.

Ships moving between the two had to make a 12 KM detour, descending from the Mittelland Canal through the Rothensee boat lift into the Elbe, and then sailing downstream on the river, before entering the Elbe-Havel Canal through Niegripp lock. Low water levels in the Elbe often prevented fully laden canal barges from making this crossing, requiring time-consuming off-loading of cargo.
Advertisement

The construction of the water link was begun in the early 1930s but due to the World War II and subsequent division of Germany the constructions remained suspended till 1997. The bridge took six years to build at a heavy cost of about half a billion euros, and will enable river barges to avoid a lengthy and sometimes unreliable passage along the Elbe. The stunning aqueduct was finally completed and opened for public in 2003. 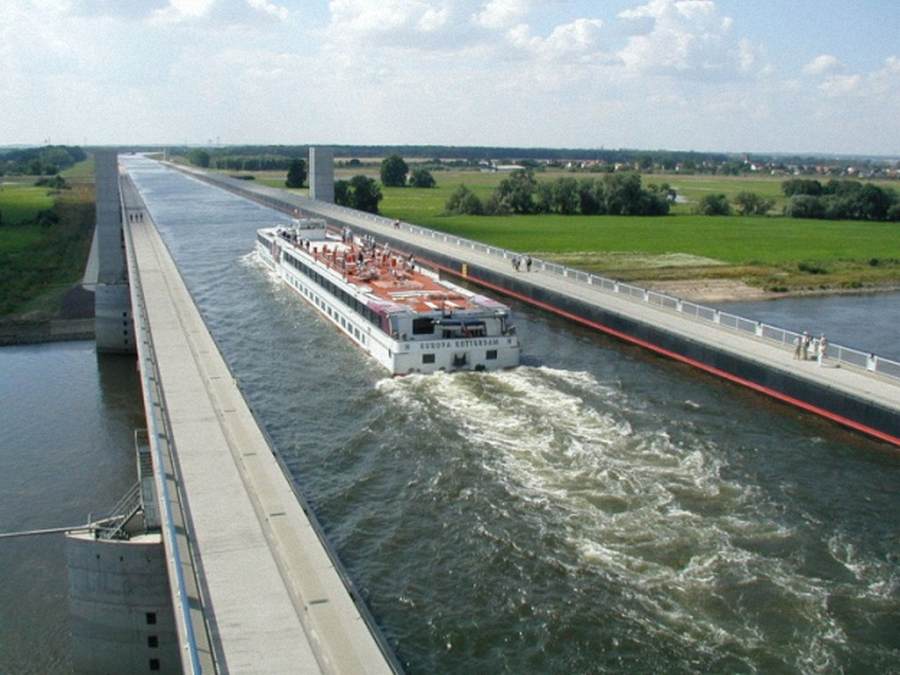 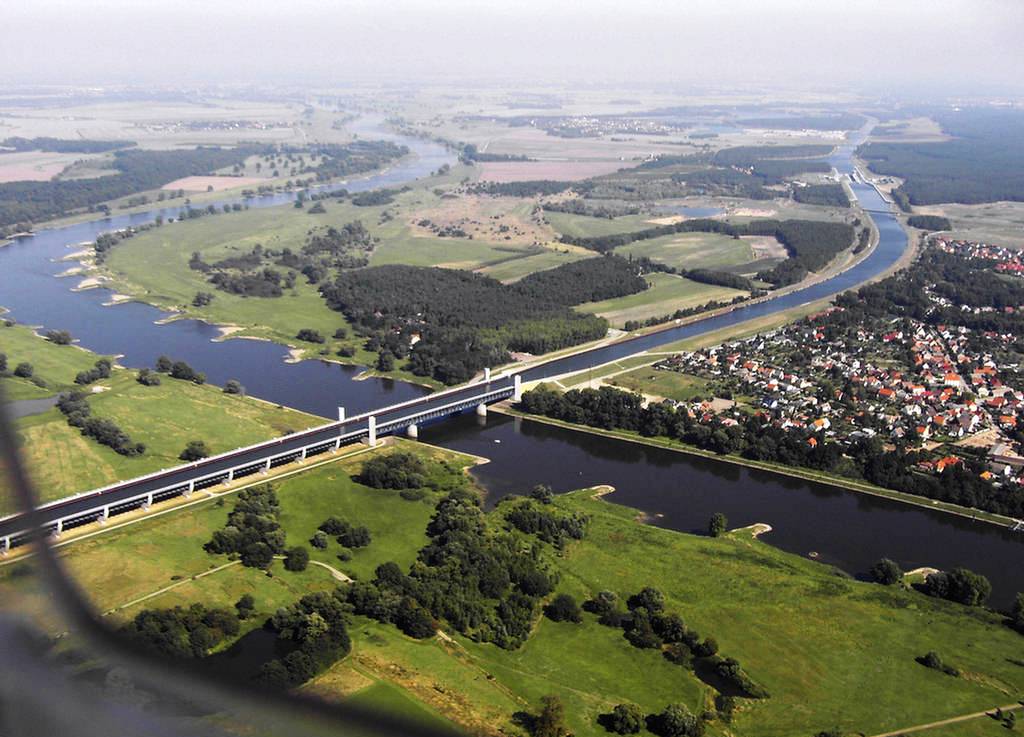 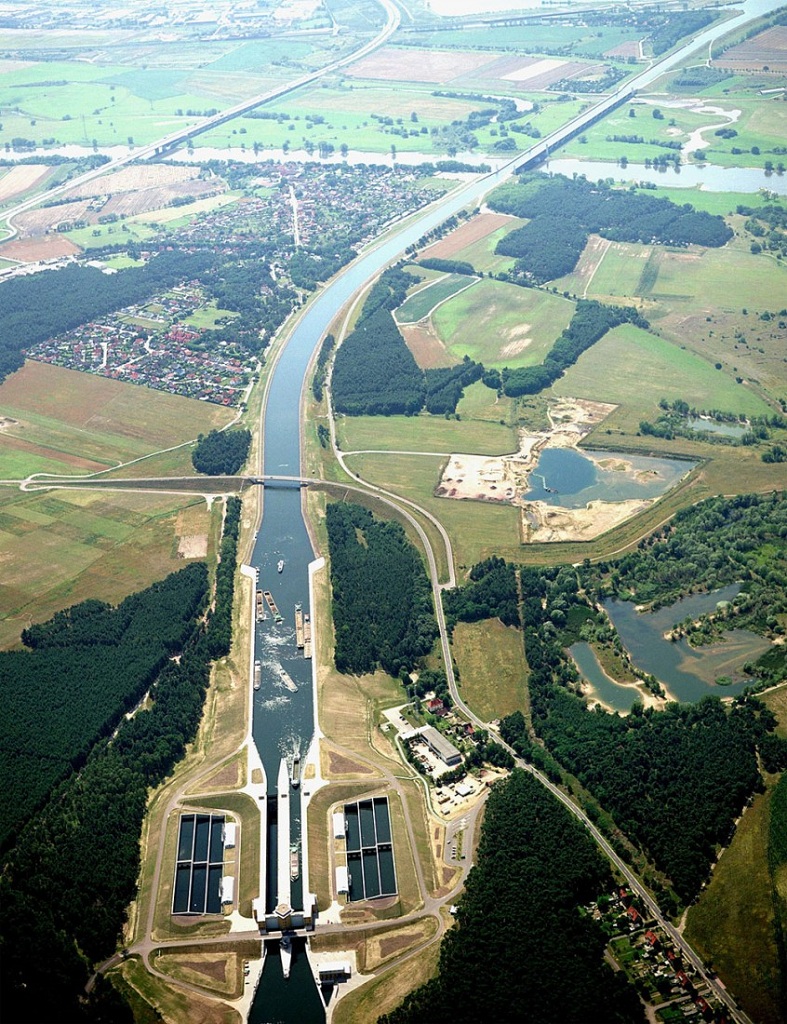 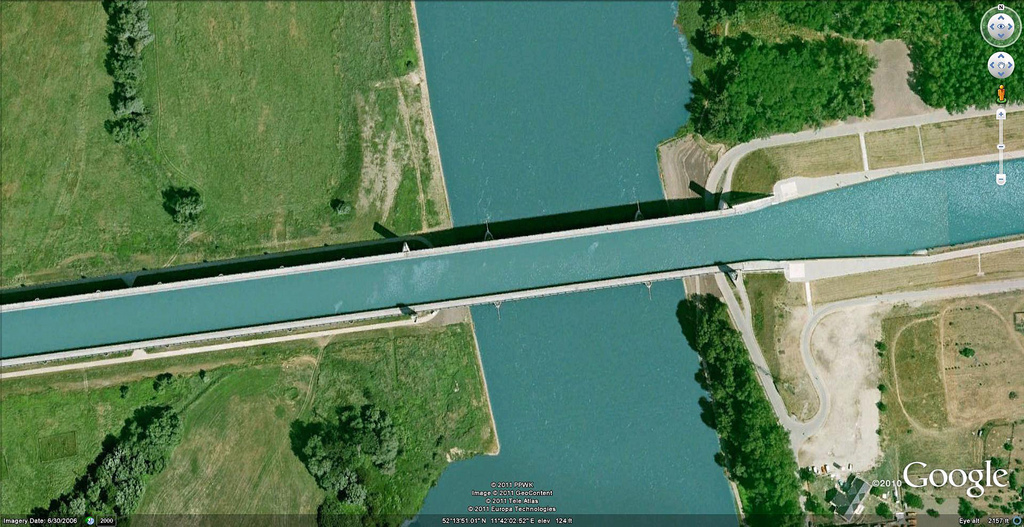 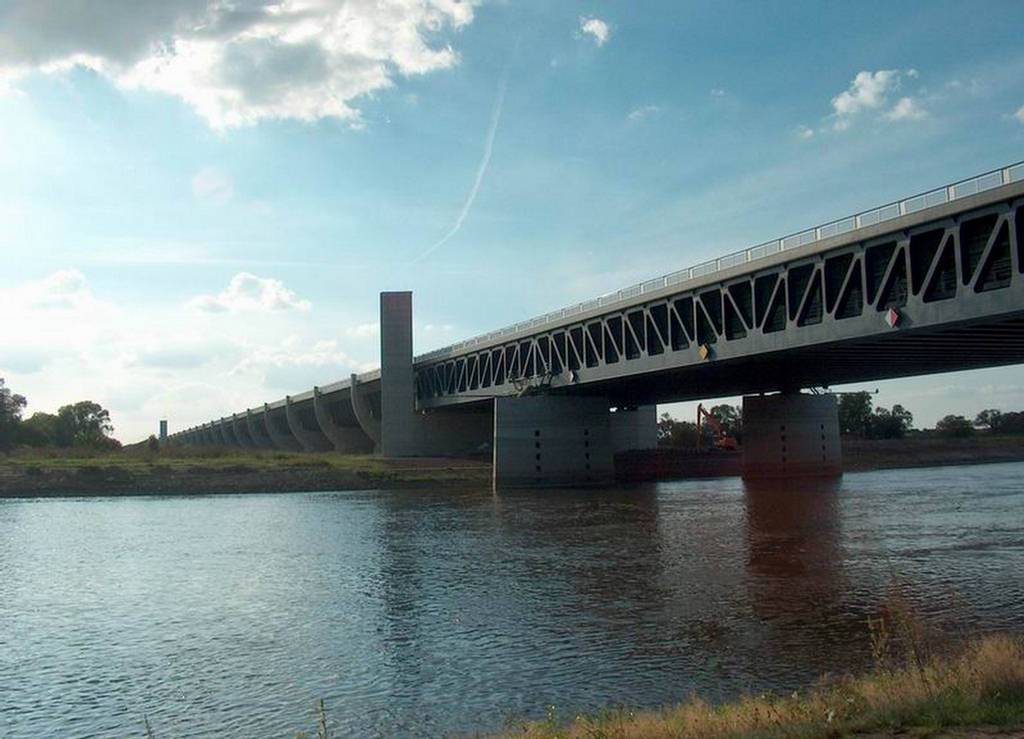 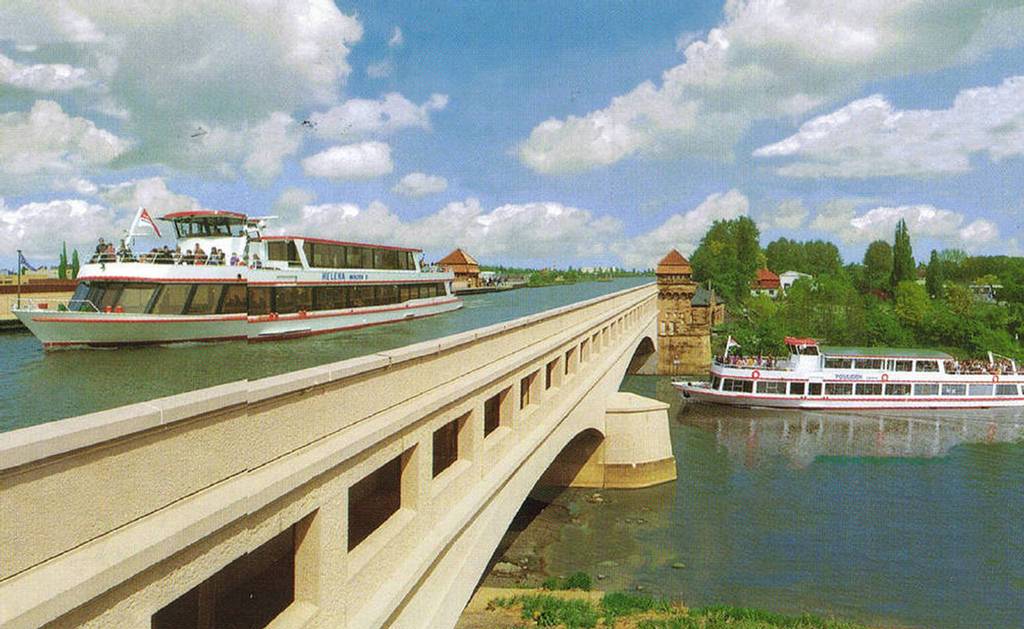 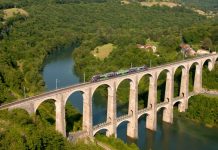