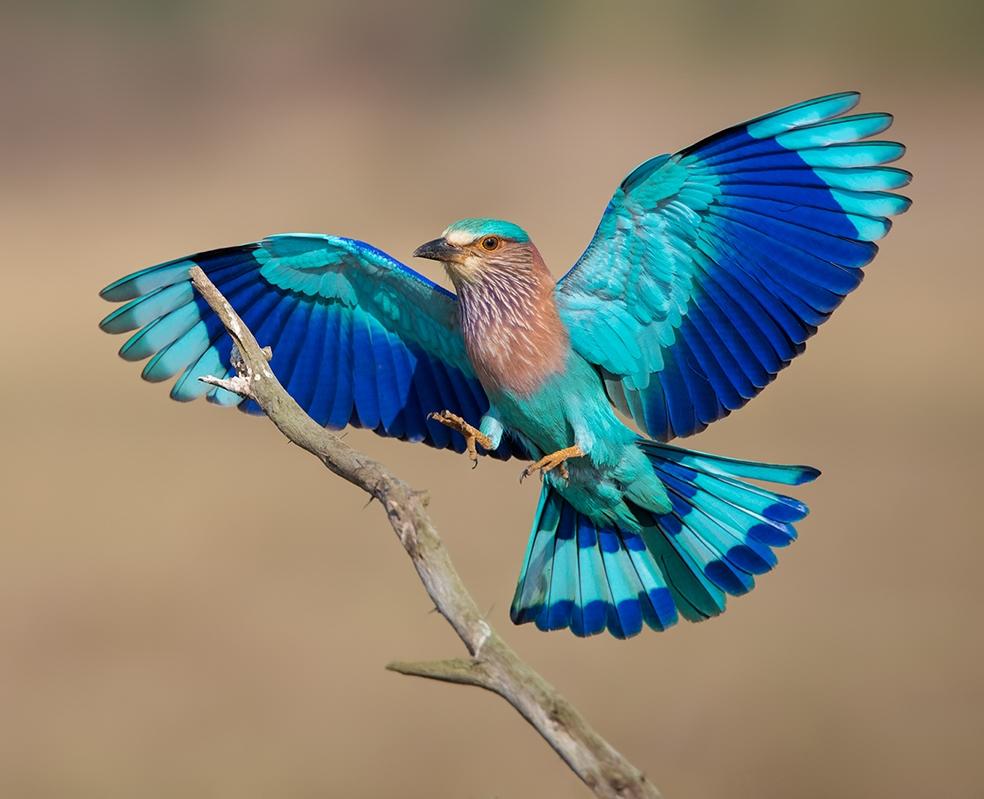 The colorful Lilac Breasted Roller or Coracias caudatus is a member of the roller family of birds. It is widely found in Sub-Saharan Africa and the southern Arabian Peninsula, preferring open woodland and savanna. It is mostly absent from treeless places. Lilac Breasted Roller, normally found alone or in pairs. The Bird perches conspicuously at the high vantage points, like the tops of trees and poles.

Where it can spot insects, scorpi ons, lizards, snails, small birds, and rodents moving about at ground level. The bird’s nesting habit is taking place in a natural hole in a tree, where a clutch of 2–4 eggs is laid. It is incubated by both parents, who are exceptionally aggressive in defense of their nest, taking on raptors and other birds. However, during the breeding season, the male birds will rise to great heights, descending in swoops and dives, while uttering harsh, discordant cries.
Advertisement

The bird’s sexes are the same in coloration. Juveniles do not have the long tail feathers that adults do. Lilac Breasted Roller is the national bird of Botswana and Kenya. The Bird is often considered one of the most attractive birds in the world. It is with its pastel plumage, striking field marks, and long tail streamers.

The bird can found in these colors Buff, white, purple, blue, turquoise, green, black, and tan. These birds are having raspy calls, the pitch does not vary, and the tone has a rattling quality. Although they’re mostly silent but more vocal during the breeding season or when they sensed about their territory is in danger.

These rollers are not considered threatened or endangered, though habitat preservation can assist to keep their population numbers at a stable level. Poaching for the pet trade is a minor threat. The birds have exclusively adapted to one natural disaster. While brush fires can be devastating to numerous animals and birds. 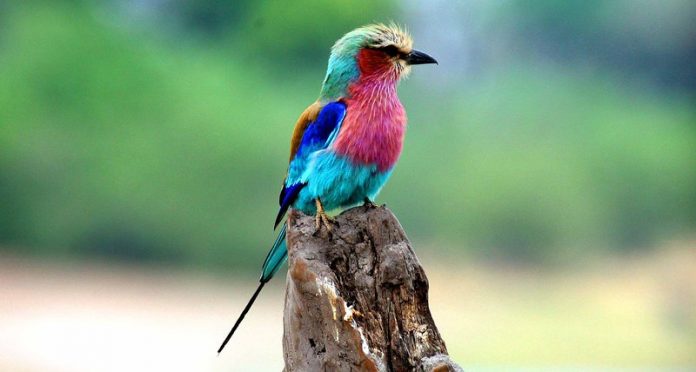