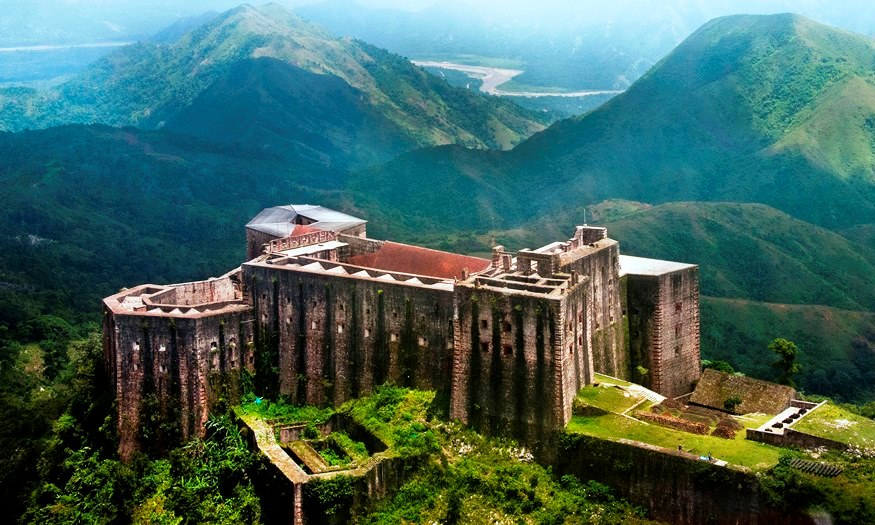 The massive stone structure is located approximately 17 miles south of the city of Cap-Haïtien and five miles uphill from the town of Milot. The fortress walls rise 130 feet from the mountaintop and the entire complex, including cannonball stocks but excluding the surrounding grounds, covers an area of 108,000 square feet.

The stone structure was constructed up to 20,000 workers between 1805 and 1820 as part of a system of fortification designed to keep Haiti safe from French incursions. Workers laid fortress foundation on to the stone of the mountaintop, using a mortar mixture that included quicklime, molasses, and the blood of local cows and goats to the mix to give the mortar added strength and bonding power.

The Citadelle Laferriere Fortress was constructed many miles inland to prevent attacks and provide a lookout into adjacent valleys. Moreover, Atlantic Ocean can be seen from the roof of the fortress, and the coast of Cuba, some 90 miles to the west on clear days. The local Haitians outfitted fortress with 365 cannons of varying size, obtained from different nations. However, mammoth stockpiles of cannonballs still sit in pyramidal stacks at the base of the fortress walls. Since it’s construction, the fortress has withstood many earthquakes, though a French attack never came and it was finally abandoned.
Advertisement

Well, Christophe was a shrewd person and during an invasion, his military burn the valuable crops and food stocks along the coast than retreat to the fortress setting ambushes along the sole mountain path leading to the Citadel. According to some legend, Christophe has committed suicide after shooting himself with a silver bullet; therefore his loyal followers covered his body in quicklime and entombed it in one of the Citadel’s interior courtyards to prevent others from mutilating the corpse.

The Citadel fortress has made National symbol in Haiti featured on currency, stamps and tourist ministry poster. Their’s ample space in the fortress to store enough food and water for 5,000 defenders for up to one year. The Citadel’s appearance from the trail leading up to it’s base has been likened to the prow of a great stone ship. The structure is angular and was intentionally put their by Christophe to diverge cannonballs if attacked and the Epaulette is a great example of using angles to deviate and deflect shots.

The Citadelle Laferriere Fortress has been repaired and refurbished several times since it’s construction, including in the 1980s with the support of UNESCO and the World Monuments Fund, though little of it has been replaced and its designed remains the same.

Therefore, as time progresses the Citadel has converted into one of the most popular tourist destinations in Haiti. Moreover, visitors may have to be paying a small fee and also encouraged to rent a horse for the uphill trek. Though, the first portion of the seven-mile trail is navigable by 4WD vehicle, although sporadic landslides and construction projects sometimes make this undependable.

Various people live along the trail and retail souvenirs or drinks, such as fresh coconut juice, to travelers. Moreover, keep in mind drinks are a necessity in the tropical heat. The trail is paved stone, usually smooth and in good condition. However, about three-quarters of the way up from the parking lot, visitors must complete the final portion on horseback or on foot. 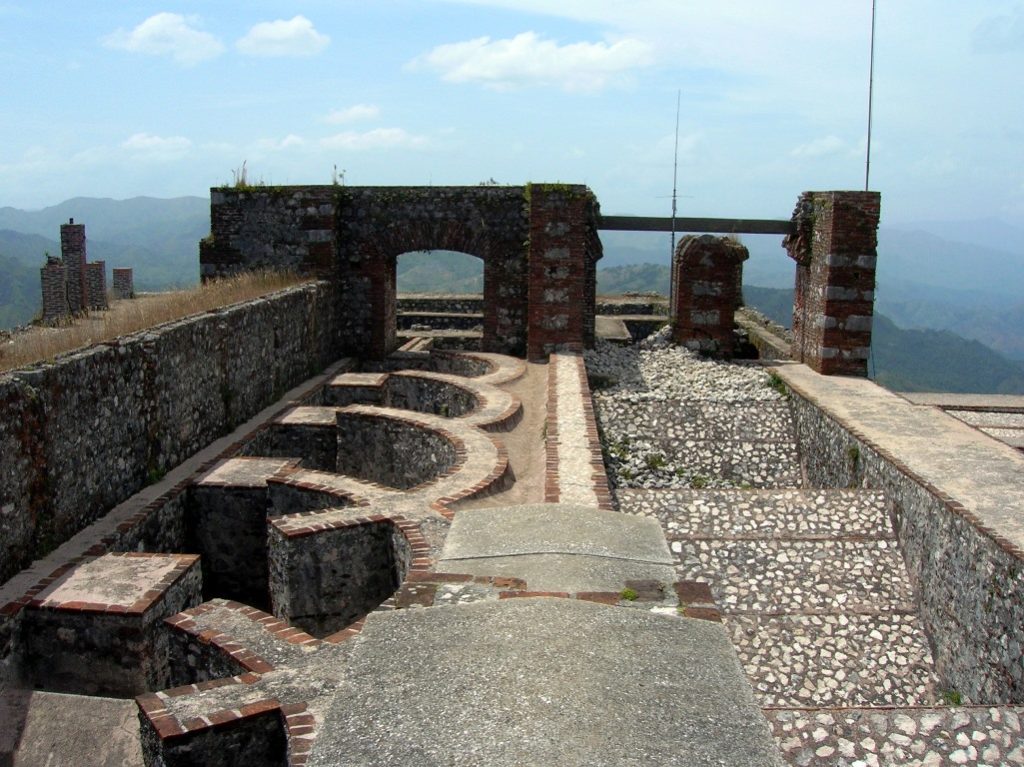