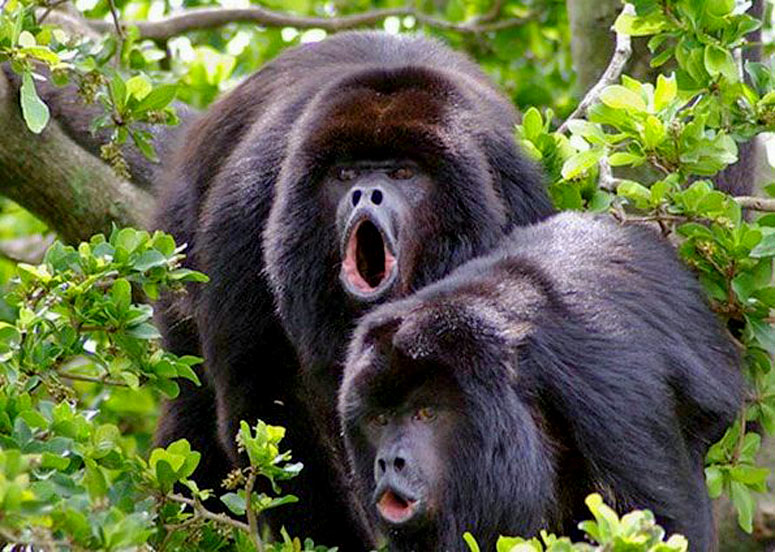 In Belize WHY NOW To explore this compact wildlife wonderland before the rains descend WHERE Community of Black Baboon Sanctuary lies. The best time to visit this wonderland is from December till May. In Belize, these stunning Black Howler Monkeys are known as baboons, and the Community Baboon Sanctuary. The place is situated 40 kilometers outside the capital Belize City, is the only region established completely for their conservation.

Keep in mind, that it’s a community-based initiative, located in the Placencia Village of Bermudian Landing. The landowners pledge to happily manage their land in a monkey-friendly fashion, make the corridors for Black Howlers. The initiatives have spread to the surrounding villages. Thus the community-based efforts, resulting in the densest concentration of howlers found anywhere: up to 250 individuals per hectare. The Black Monkeys is one of the loudest animal sounds in the tropical pristine rainforest of Belize.

This density of monkeys makes for a particularly vocal population. When you hear their deafening calls resonating through the forest, you’ll quickly understand how they got their name. These black howler monkeys are endangered due to habitat loss, and hunting. They defend their territory through their voices. These monkeys live in troops of between 4 to 9 individuals and each troop has its own territory in which they live and feeds. The territory size is depending on the troops.

But thankfully, Belize still has enough population of the loudest of primates. The Howler monkeys preferred to like vegetables and their diet consists of flowers, leaves, nuts, fruits, and seed dispersers. The average weights of black howlers are between 16 to 23 pounds with an average life span of 15 to 20 years.

Therefore, the healthy baboons are so much active and have exceptional vision and passionate swimmers. Hence, they play a vital role in the shaping of trees by moving one to another all day. These Black Howler monkeys belong to the family Cebidae and have 6 different species. Read More – Pygmy Marmoset – The Smallest Monkey