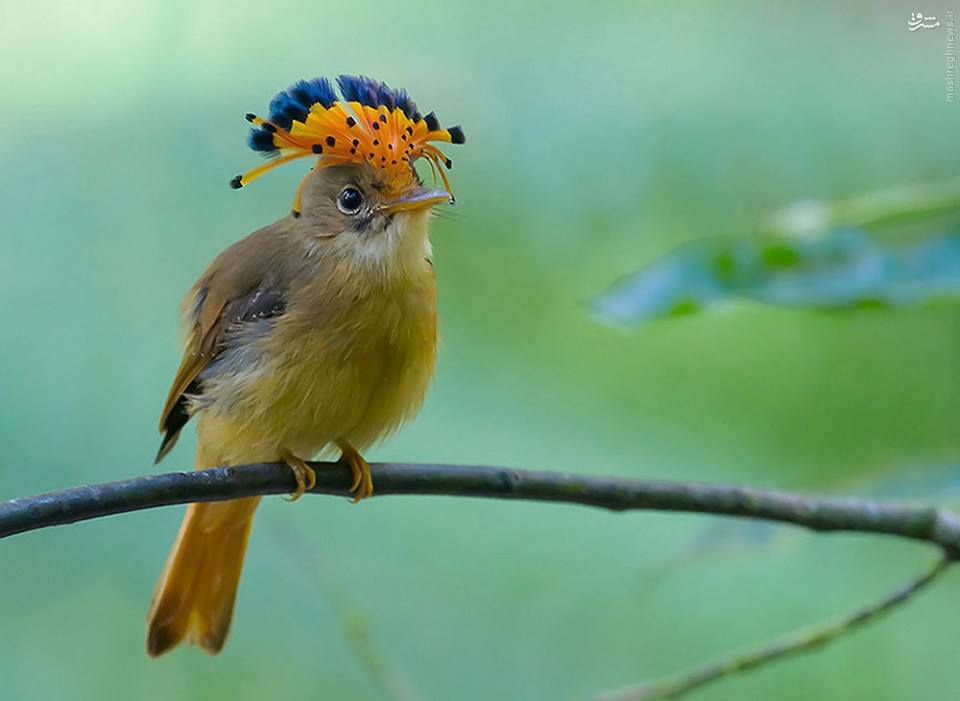 It is often considered a subspecies of Onychorhynchus coronatus. This bird is endemic to Atlantic forest in south-eastern Brazil. This royal bird confined to the dwindling forests of south-east Brazil, in the states of Minas Gerais, Rio de Janeiro, São Paulo, and Paraná. It is threatened by habitat loss, classified as Vulnerable (VU) on the IUCN Red List 2007.

However, the bird range remains small and harshly fragmented, though latest discoveries from at least seven new sites in Paraná and four new sites in São Paulo provide fresh hope for the species. This stunning Brazilian endemic inhabits the understory of lowland and lower montane Atlantic forest, up to 800 meters above sea level. At Intervales State Park, it is found most regularly in the proximity of small watercourses. The Atlantic Royal Flycatcher is measuring 6.3 to 6.5 in. This large-billed flycatcher has a remarkable but rarely seen, crest.

This flycatcher has mainly uniform dull brown upperparts with pale, bright cinnamon rump and tail, a whitish throat, unmarked ochraceous buff underparts. Although, the beautiful crest is habitually left flat, giving a hammerhead shape to head. Moreover, when raised, the crest displays an extraordinary combination of scarlet, black and blue and yellow replaces red in the female, and ornately decorated with splashes of black and steel-blue tips.

The flycatcher has the vivid color of the crest stands out against the uniformly brown plumage of the upperparts and dull-yellow underparts. Thus, by contrast, the rump and tail are a bright cinnamon color, and a small, whitish patch marks the throat.

The Atlantic royal flycatcher is believed to feed on insects, predominantly flying insects such as dragonflies. This crest bird sometimes joins mixed-species flocks and has been logged connecting with foliage-gleaners and fire-eyes. Moreover, a juvenile has been observed in Rio de Janeiro Brazil, signifying that breeding happens in the spring (Sep to Oct in the Southern Hemisphere).

Notwithstanding its highly fragmented and diminishing status, the Atlantic forest still maintains a rich array of biodiversity, including several endemic species, and as such, remains one of the highest priorities for conservation action around the world.  Also Read Black Sickle Bill ! The Bird of Paradise