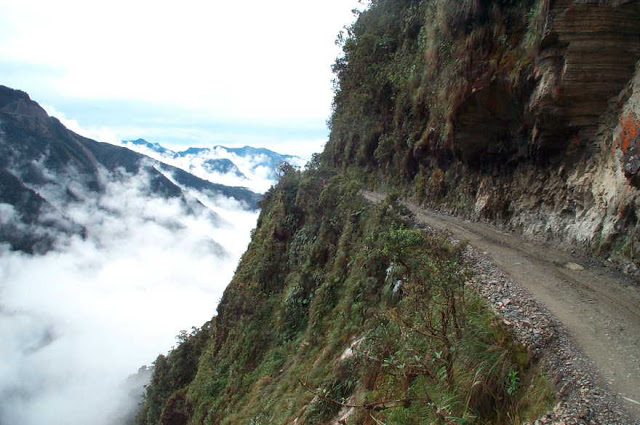 The North Yungas Road also known as Grove’s Road, Death Road or Road of fate is a road leading from La Paz to Coroico, 56 KM northeast of La Paz in the Yungas region of Bolivia. In 1995 this is most dangerous road in the world as per American Development Bank Christened, about 200 to 300 travelers killed yearly along the road. The road was built in the 1930s during the Chaco War by Paraguayan prisoners.

The risky road mention the cross markings on several points where vehicles have fallen. This dangerous route connects the Yungas region of northern Bolivia to the Captial City. This is one of the few routes that connect the Yungas region of northern Bolivia to the capital city. The road has no guard rails; width of single vehicle only 10 feet makes it most scary road in the world. The alongside cliffs up to 2,000 feet, make the horrible condition during rainy season from Nov to Mar. Driver visitiability is hamper during fog and rain and water runoff can turn the road into horrifying muddy track affecting traction. However, in the summer season, rockfalls are common scenario and vehicle dust limits the driver visibility. Moreover, the local road rule specifies that the downhill driver never has the right of way and must move to the outer edge of the road. This rule forces the downhill vehicle to stop and give the way to other vehicle. So, in that way passing can be negotiated safely. Therefore, the rest of Bolivia, vehicles are essential to drive on the left side of the road, to give the driver a better view of the vehicle’s outside wheel and making passing safer.

The scary road made it more popular destination, enticing more than 25000 thrill seekers every year. However, motor biking enthusiasts made it exclusively favorite road for downhill biking, as 64 KM stretch of continuous downhill riding with only one short uphill section. Therefore, tour operators taking the benefit of it, and catering this activity, providing guide lines, information, transport and equipment. Nevertheless, the “Yungas Road” remains dangerous; about 18 motor cyclists have died on the road since 1998. The Yungas Road has been featured in BBC show “TOP GEAR” & many other TV programs. However, a Mitsubishi Outlander TV commercial was the first ever filmed on the road.

Therefore, a new alternative route of Yungas Road was updated during the last 20 years or so, included enlarging carriageway from one to two lanes, constructing asphalt pavement, and building a new section between Chusquipata and Yolosa, bypassing to the north one of the most dangerous sections of the old “Death Road”. This new route features modern construction consists of bridges, drainage, multiple lanes, pavement, guardrails and many other elements that make it significantly safer than the original route. The original “North Yungas Road” is presently much less used by traffic, even though an increasing number of adventure travelers bike it. A fatal accident happens there every couple of weeks, 100-200 people perish there every year. 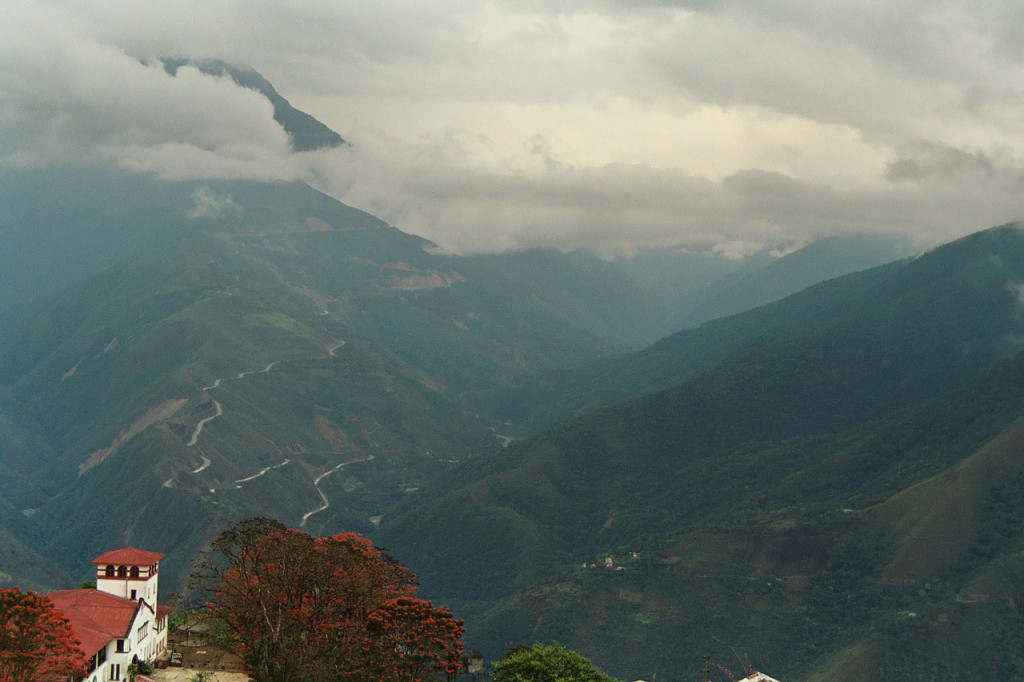 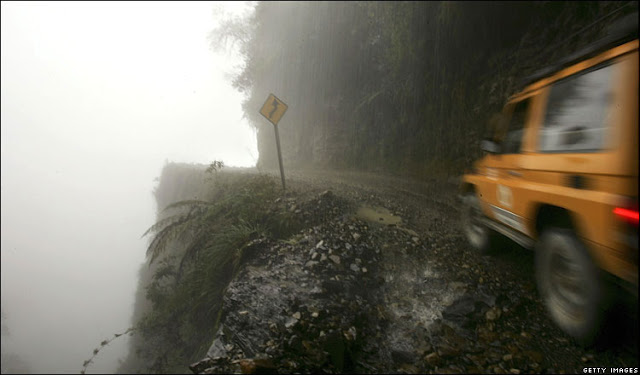 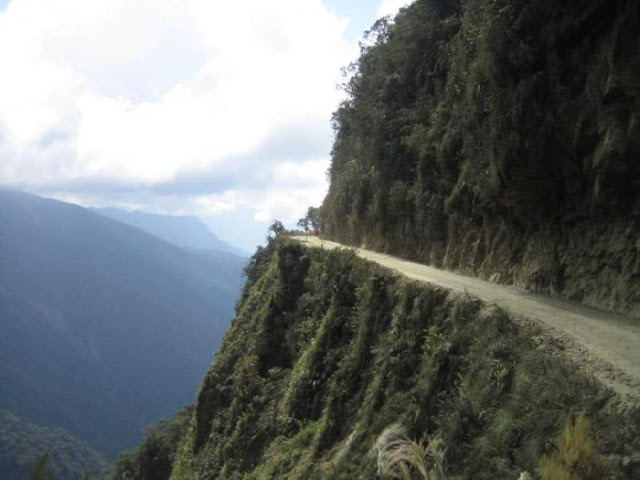 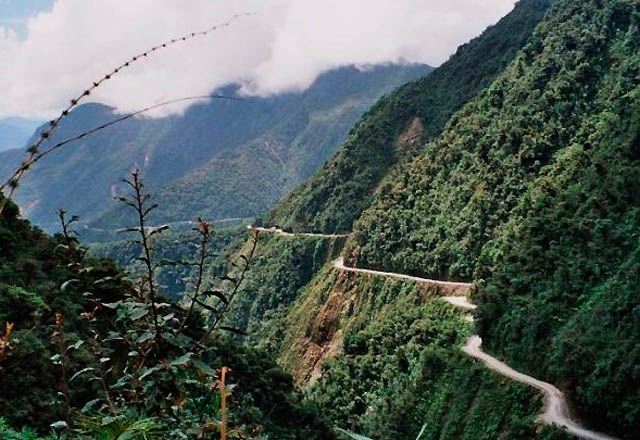 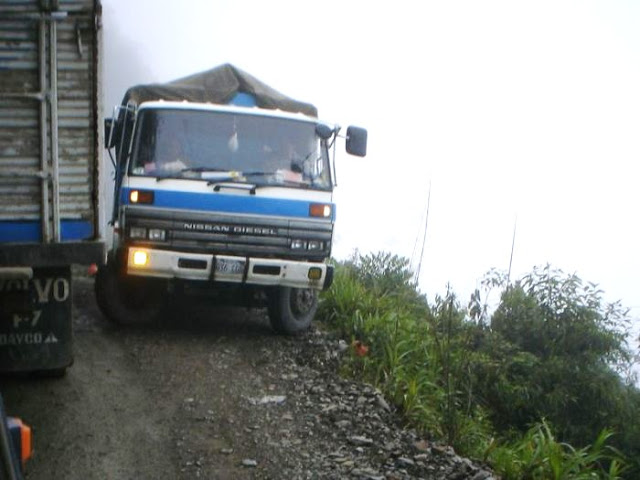 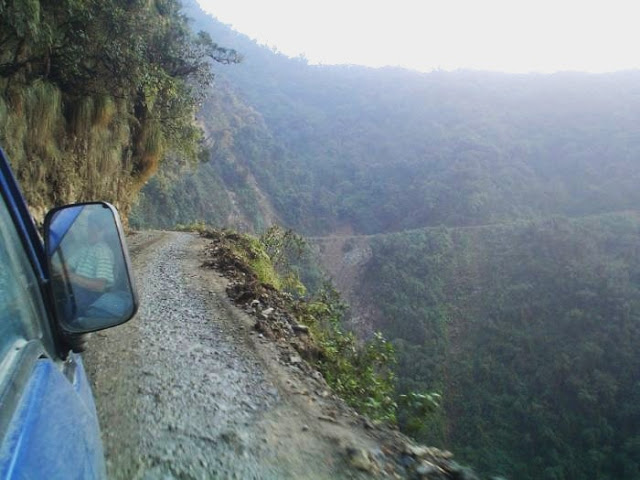 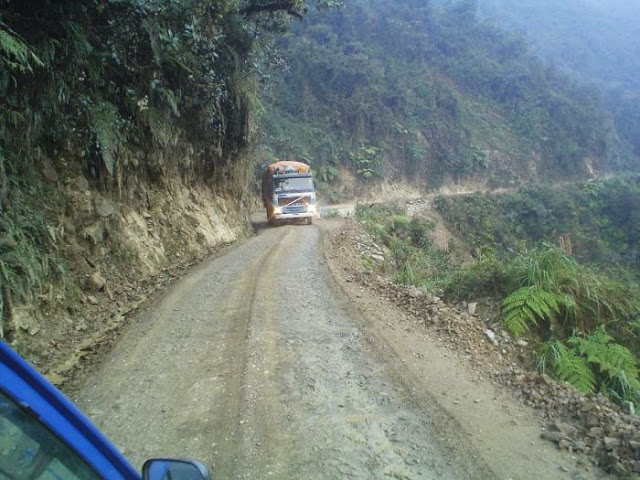 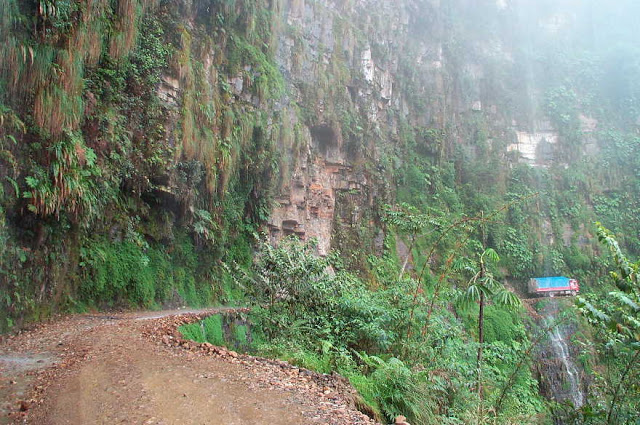 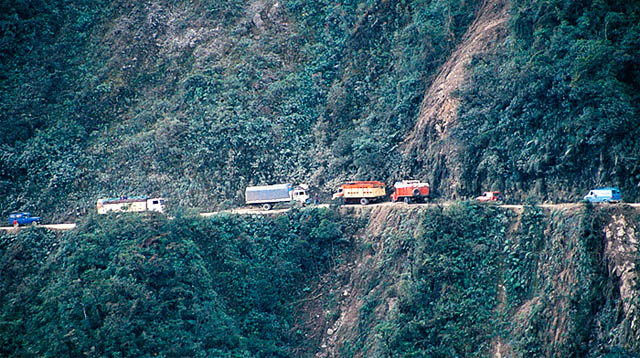 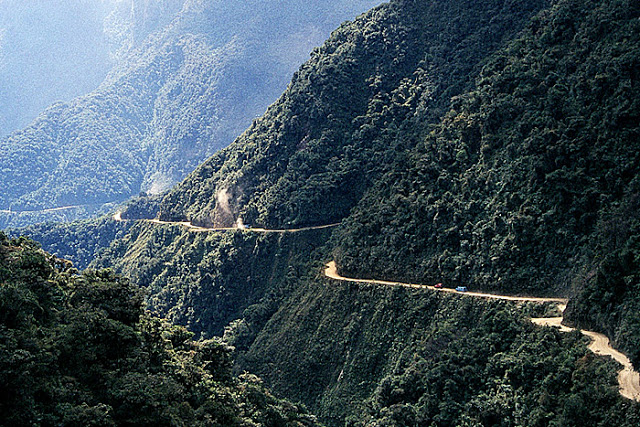 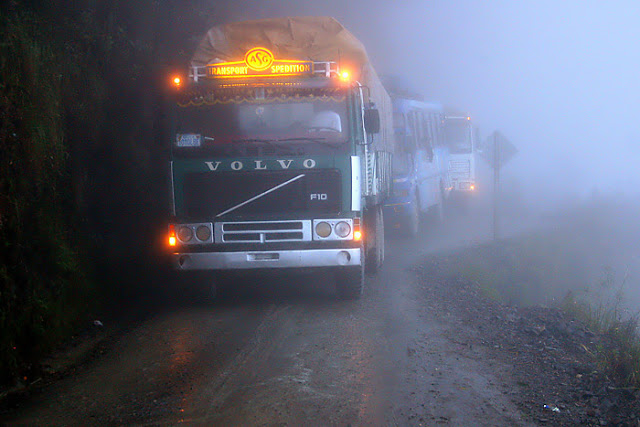