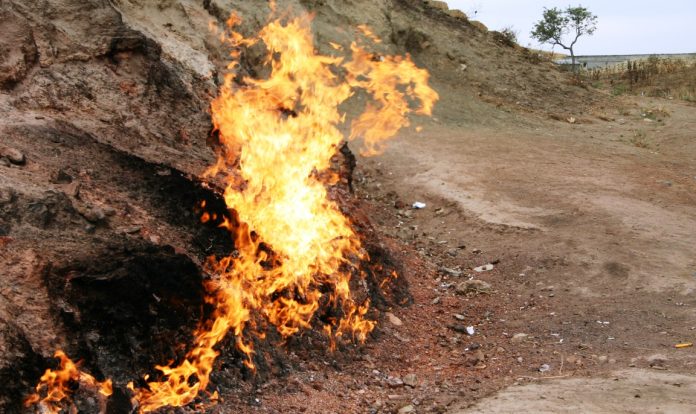 Azerbaijan is a great tourist destination and famous for it’s rich cultural history with unique cuisine, ancient monuments, modern architecture, and mud volcanoes. The most famous volcano is Yanar Dag, is also called Burning Mountain. It’s a true fact, that the mountain has been burning for as long as anyone can remember. The fire isn’t showing signs of going out any time soon.

Marco Polo visited Persian City of Baku in the 13th Century, and he mentioned several mysterious flames found in the various places of Abseron Peninsula. These fires contributed Azerbaijan the moniker “Land of Fire. And even after 5 centuries Marco Polo and French writer Alexandre Dumas witnessed natural flames in a mysterious fire temple.
Advertisement

It is easy to understand how these natural flames must have amazed and terrified people in history. Yanar Dag doesn’t come as a wonder that the natural fires of Azerbaijan. It is considered to have played a crucial part in the creation of Zoroastrianism a mystical faith, centered on ceremonial fire cults, which appeared in the region somewhere 2,000 years ago.

The natural flames of the Burning mountain can be attributed to Azerbaijan massive gas reserves. When exploitation of these reserves started, most of the natural fires burned out, due to a reduction in underground pressure. Of the natural fires that burn today in Azerbaijan, Yanar Dağ is arguably the most impressive.

A 10m long wall of fire, that never extinguishes, is burning incessantly alongside the edge of the hill. Which naturally is at it’s most remarkable especially at night when tourists and locals see the fire from a nearby teahouse. The air around this open fireplace is always thick with the smell of gas.

The considerable Absheron wind, twisting the flames into bizarre shapes, adds to the mystery of the region. Tongues of fire also upsurge from the surface of the streams situated around the hill. These streams are called Yanar Bulaq, or Burning Spring. Yanar Dag has no seepage of mud or liquid, so the fire always burns. Local lore states that it was a shepherd that accidentally ignited the fire in the 1950s by tossing a cigarette and that it has burnt ever since. 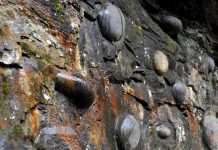 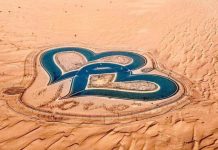 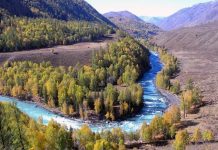 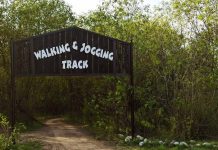 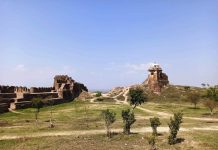 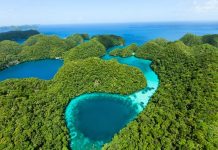