Xantus’s Hummingbird (Basilinna xantusii) species are very closely related to White-eared Hummingbird. It shows considerable similarity to the mountain-gems (genus Lampornis), and is sometimes placed separately in the genus Basilinna.

This is a medium-size shining green hummingbird with a rich rufous belly and tail sides. The male’s face is mostly black, while in the female the orange-rufous coloration spreads to the throat and forehead. Both sexes have a bold white stripe behind the eye. The little curved bill is normally reddish with a black tip. From the different angles, its crown’s color seems black, but actually, it is slightly greenish.

The species feeds from various nectar from flowers and flowering tree species, including Calliandra peninsularis, Fouquiera diguetii, and Mirabilis jalapa. The Xantus’s Hummingbird is particularly dependent on the Arbutus peninsularis in the late winter. It also picks insects and spiders from leaves and bark. The Xantus’s hummingbird feeds using a long extendable tongue or catches insects during the flight. In case of short food, they can visit other local hummingbirds in search of food and water. On average a female hummingbird can capture more than two thousand insects in a day.
Advertisement

The nest is a sturdy cup of plant fibers, fixed with cobwebs low in a tree and often overhanging water. Also, incubation takes 15 to 16 days and the chick leaves the nest in two to three weeks (20 to 22 days), due to short space in the nest.

This little gem was named with reference to a great Hungarian ornithologist’s John Xantus de Vesey.

This hummingbird has been reported as a nomadic up the British Columbia in Canada and Pacific Coast of North American and Southern Baja California Peninsula.

This hummingbird species habitat is deciduous and mixed pine-oak forest, sometimes cultivated land, dense scrub with cacti, usually near running water; 5,900–7,200 ft (1,800–2,200 m). These hummingbirds are not aggressive and are less likely to robustly defend feeding areas from other hummingbirds.

This is a permanent resident hummingbird in their native range. But, there is a short-distance migration possible due to the unavailability of flowering plants. It does not wander wide species and is a very rare instance of migration in their local range.

The population is stable hence, it is the least concerned on the IUCN Red List of Threatened Species. 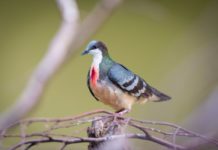 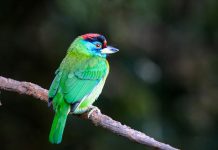 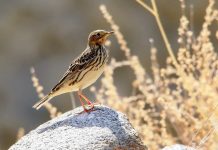