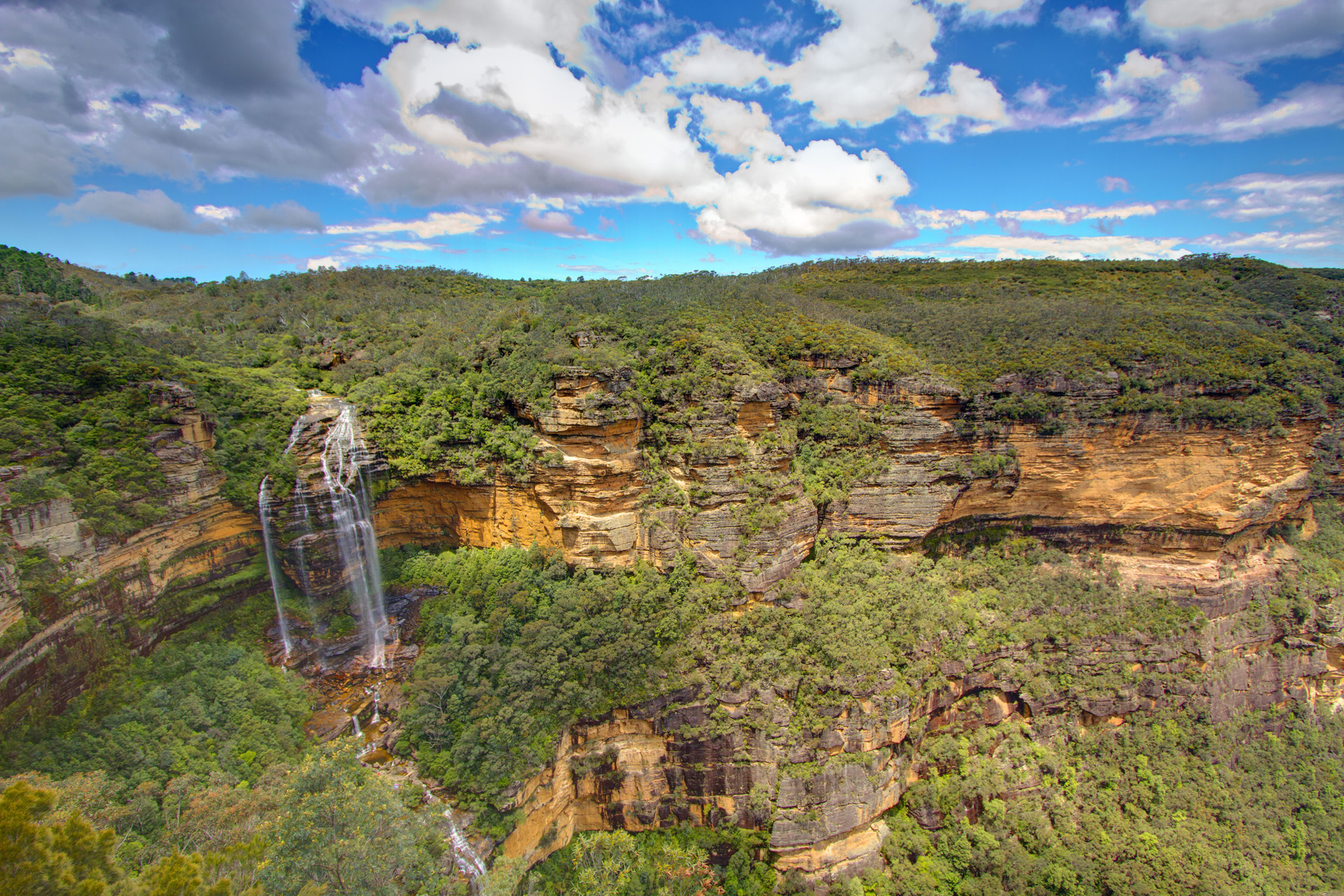 Wentworth Falls is actually a town at an elevation of 867 meters in the Blue Mountains region of New South Wales. It is located about 100 Kilometers west of the Sydney central business district. It is approximately 8 kilometers east of Katoomba, Australia on the Great Western Highway, with a Wentworth Falls railway station on the Main Western line.

Wentworth Falls is home to WFCC or Wentworth Falls Cricket Club. Which is established in 1892 and one of the Blue Mountains’ longest-serving cricket clubs? There are a number of festivals and events hosts at Wentworth Falls. Some popular events are Wentworth Falls Autumn Festival in April. The Wentworth Falls Public School Art, and Craft Show in October and the Task Force 72 Annual Regatta in either November or December.

Wentworth Falls had a population of over 6,000 originally called The Weatherboard after the “Weatherboard Inn” built-in 1814. In 1879, the village took its name from an adjacent system of waterfalls. Which was in turn named for William Charles Wentworth. One of the men that headed the exploration to cross the mountains in 1813 and a friend of John Jamison. 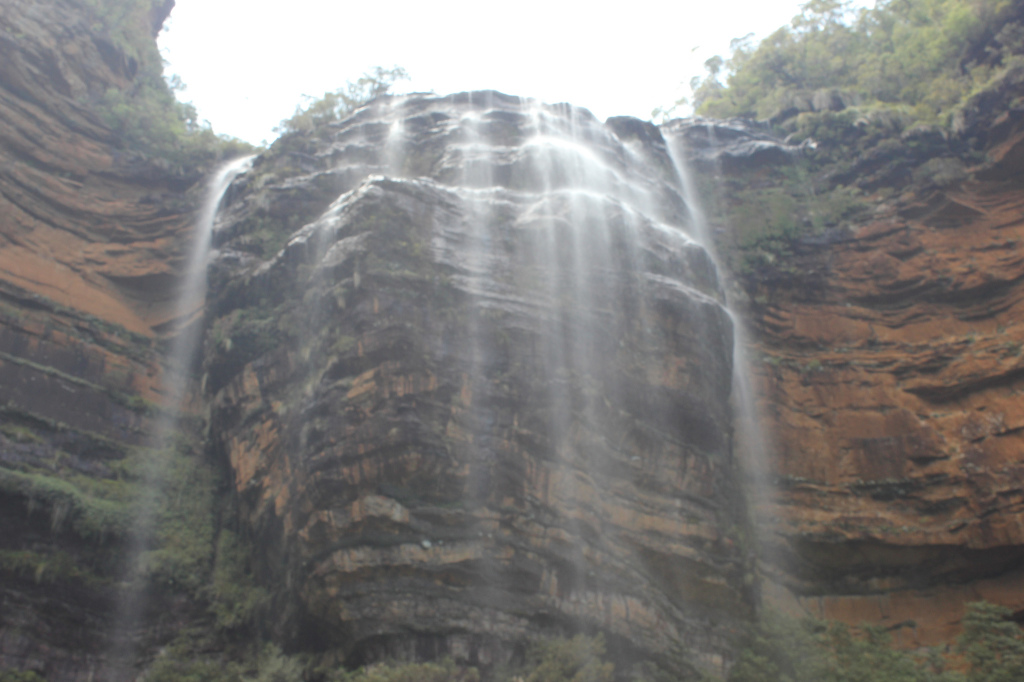 Kings Tableland, a plateau located at the southeast corner of Wentworth Falls, contains areas of major archaeological importance, including the Kings Tableland Aboriginal Site. This area is highly significant to the Gandangara, Darug, and Wiradjuri people. Used as a gathering place for at least 22,000 years, the region comprises multiple cultural features, consisting of engravings, ax-grinding grooves, modified rock pools, and an occupation shelter.

Ingar Picnic Ground, one of the most picturesque picnic grounds in the Blue Mountains, is just only 8 kilometers farther east along Murphys Fire Trail. On the north side of the town is Pitt Park. The Bathurst Traveler, later renamed Weatherboard Inn, was built here in 1826.
Advertisement

The site, adjacent to the railway station, is now the location of the village war memorial. Charles Darwin was reported to have stated there in 1836. Walking from the inn along Jamison Creek to the cliff’s edge, about which he wrote ‘an immense gulf unexpectedly opens through the trees, with a depth of perhaps 1,500 feet. The route he took was formally opened as Darwins Walk in 1986. It leads from Wilson Park opposite the School of Arts building to the northern escarpment of the Jamison Valley.

Moreover, south along King’s Tableland are sunset lookout and McMahon’s Lookout, both of which offer long views over Lake Burragorang. The King’s Tableland area also once hosted a deer park that closed down in the late 1980s. This site consequently fell into private ownership. Several deer were sighted around the area for some time until they were culled by National Parks rangers.

This vicinity is also home to the site of the former Queen Victoria Memorial Hospital, once a major facility for the treatment of tuberculosis. Therefore, ownership of the site has shifted between Government and numerous private interests over the decades since it was closed in the 1980s. Intermittent development proposals for the former hospital have been the source of some local concern, but the observatory is no longer in operation. 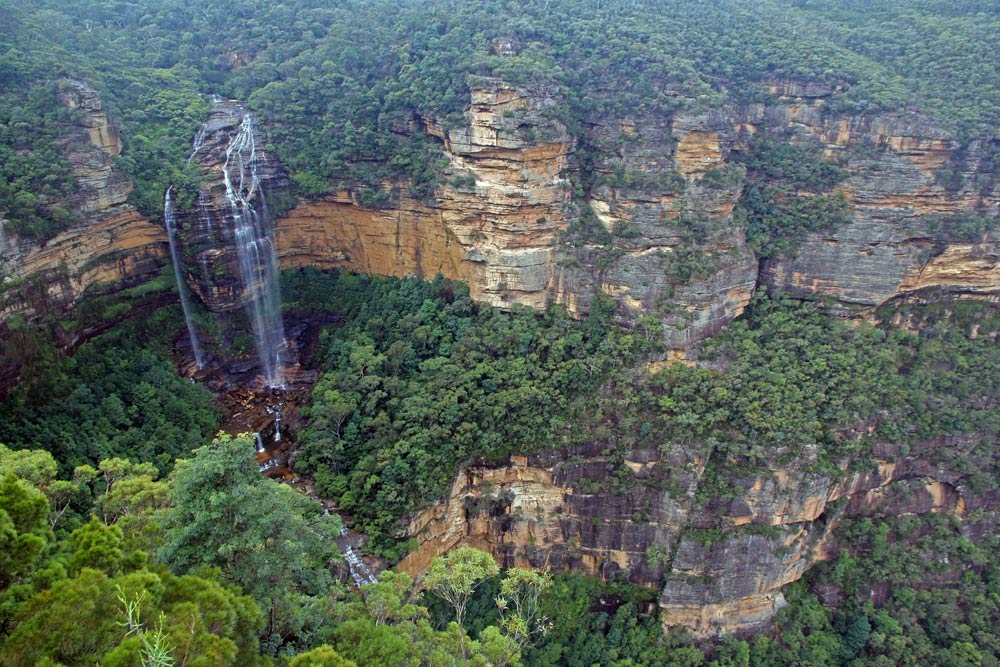 The other noteworthy point of local institutions includes the historic Grand View Hotel, the Wentworth Falls School of Arts, the Kedumba Gallery, and Wentworth Falls Lake, a beautiful artificial lake formed in the early of the 20th century to flow water for steam locomotives, which has been now turned into a reserve and recreation area.

The School of Arts is a standard venue for local community events and theatre productions and also houses the local library. There is another landmark is Yester Grange, a heritage home in Yester Street. A sprawling, timber bungalow with extensive verandas, Yester Grange is now used as a function Center for events like wedding receptions and is not open to the public.

Many natural lookouts in the area include Breakfast Point Lookout, Princes Rock Lookout, Wentworth Falls Lookout, and Rocket Point Lookout. A track through the Valley of the Waters leads to Empress Falls, Sylvia Falls, Lodore Falls, and Flat Rock Falls and, near the junction of Jamison and Valley of the Waters Creeks, the sheltered Vera Falls. Empress Falls is one of the most admired beginner commercial canyoning trips in the Blue Mountains. The canyoners can be seen abseiling Empress Falls from the visitor tracking.

The most trendy walks in the region are the National Pass. It skirts the top edge of the Valley of the Waters. The sideways a narrow clay stone ledge perched halfway down the cliff. Then ascends the ridge through a series of sandstone steps built by Peter Mulheran and a group recognized as “The Irish Brigade” in 1908. The Conservation Hut is an information Center and restaurant in Wentworth Falls leased from the NSW National Parks & Wildlife Service and serves as a starting point for several of these walks.

Read  About  – Lava Butte – A Cinder Cone That Volcanoes Can Cause 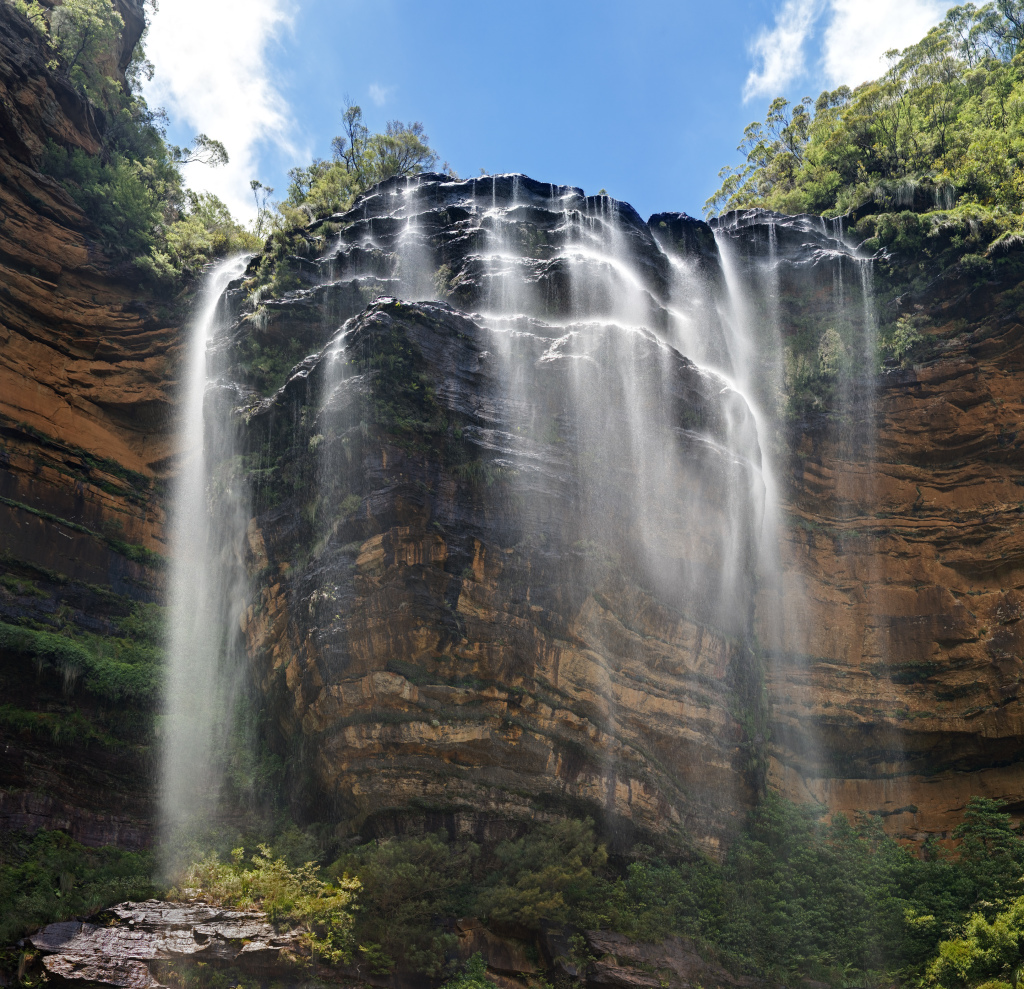 These New Zealand Pictures will show how The Magical Kingdom is? 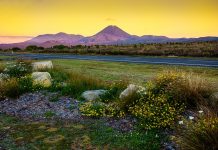 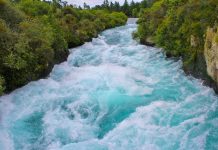 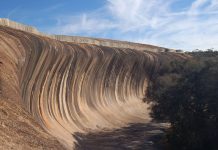