Home Amazing & Trending “We Are Flower” By Galeria Melissa 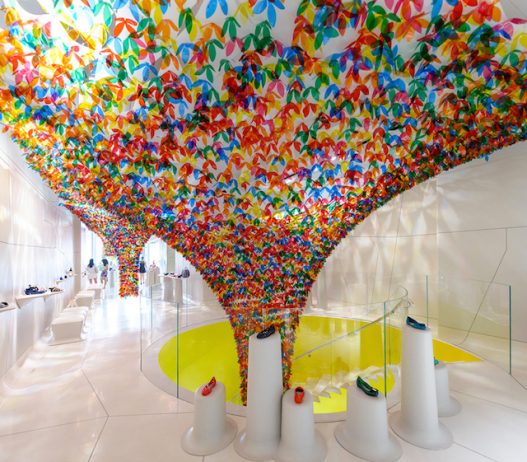 The flexible structure made of 5,000 mylar panels that is suspended from the shop’s ceiling to form a canopy and funnels that spread down in different lengths and widths. The canopy is beautifully covered with 20,000 flower shapes, related to those used by Melissa for its new collection of footwear and accessories, which have been recreated in a translucent polyester film that is typically used to apply color to glass surfaces. The softlab Fonder Michael Szivos said; the only criteria were to use the flower shape from that campaign and for it to be very colorful and of course marvelous, which also asked us to do something special that would take over the whole store. The structure was designed by using computer modeling program Rhino, which created drawings that were then used to program a laser cutter.

Every pieces of mylar were riveted composed by hand and the final piece took place 5 days to install, with the team only able to work in the space at night after the shop had closed. If whatever came up regarding the size or complication of the installation they always thought go for it, we want this to look spectacular. That attitude really helped us a lot and I think made the project a real collaboration. We had to do material tests and prototypes, make the geometry through form finding tools, create the tools that would let us to automate all of the drawings for laser cutting, design the details for hanging and then laser cut entirety.

It was a lot of entertaining, but had a lot of parts that all had to come together in the end. SoftLab were asked to give to the shop space after working with Melissa on a project designed by the Campana brothers. We helped out and produce & fabricate that project since the brothers are in Brazil. The project went really well and Melissa was fascinated in our design work so they’ve asked us to design the next installation. There was some talk in the beginning about whether it was really feasible to have a surface cover the entire ceiling of the store, I am glad we did,” said Szivos. “I think that is what really changed the store and creates a whole new environment. Some people come in off the street just to see it. 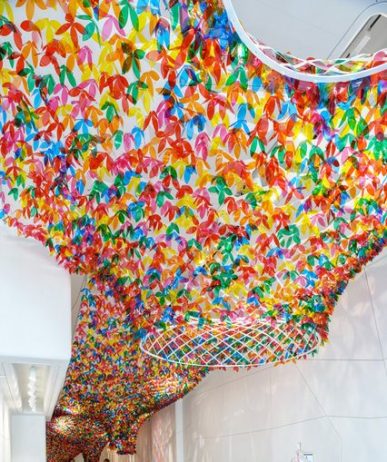 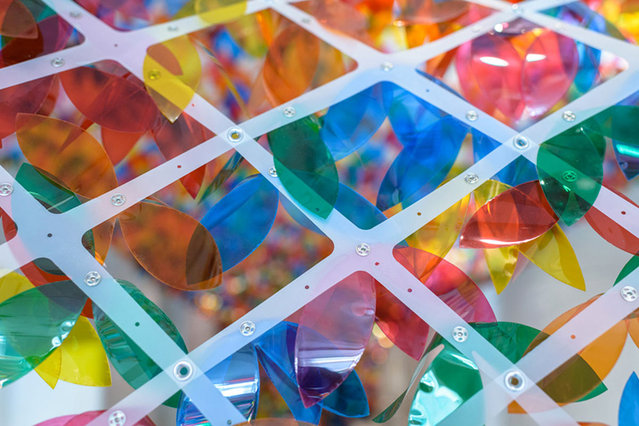 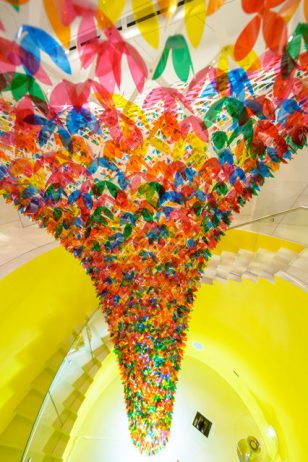 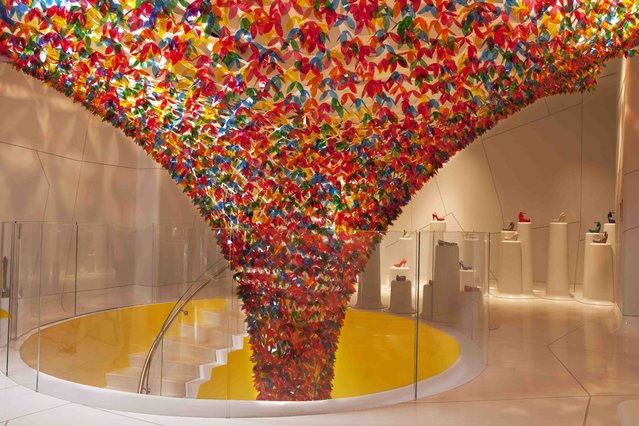 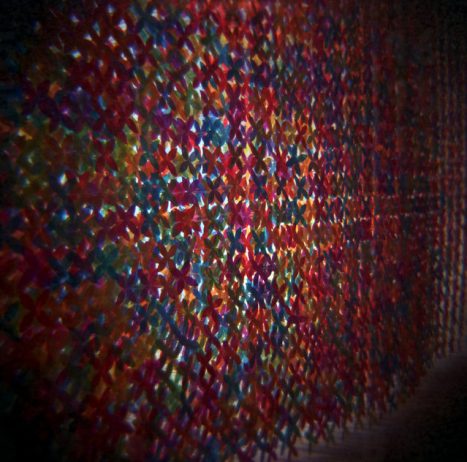 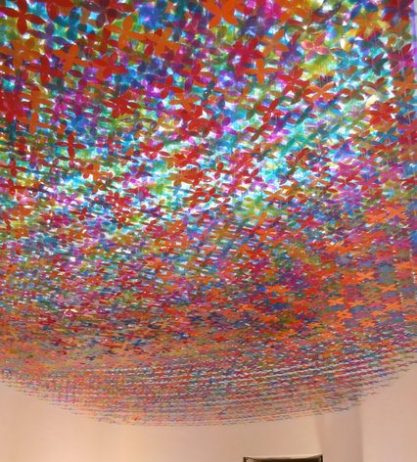 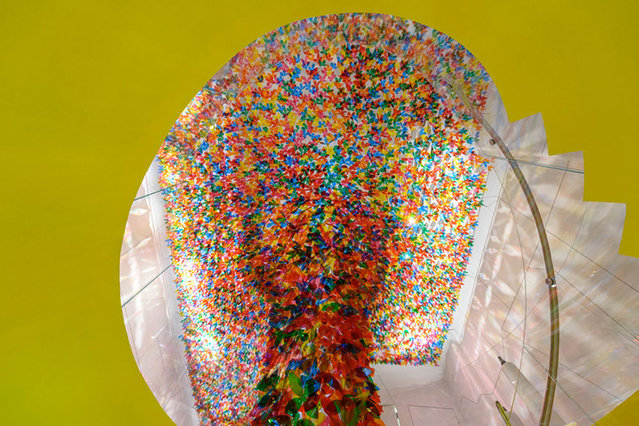 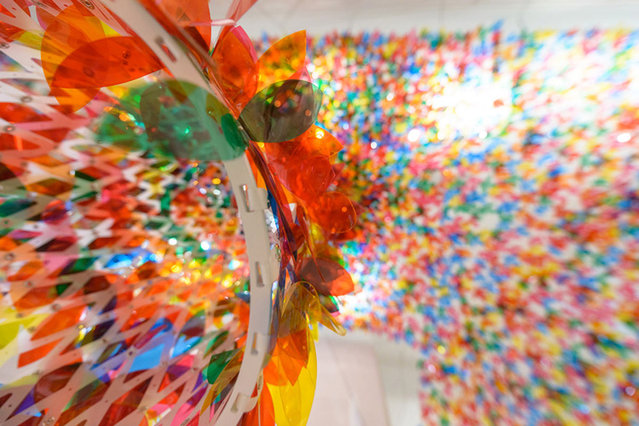 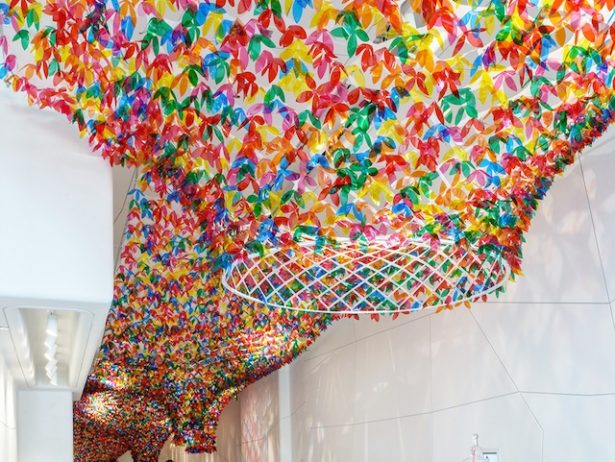 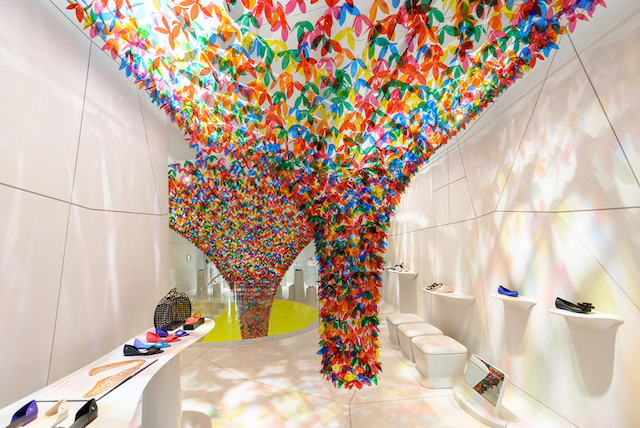 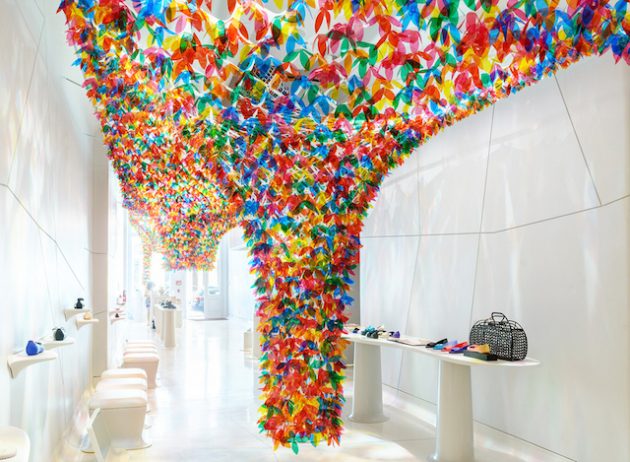