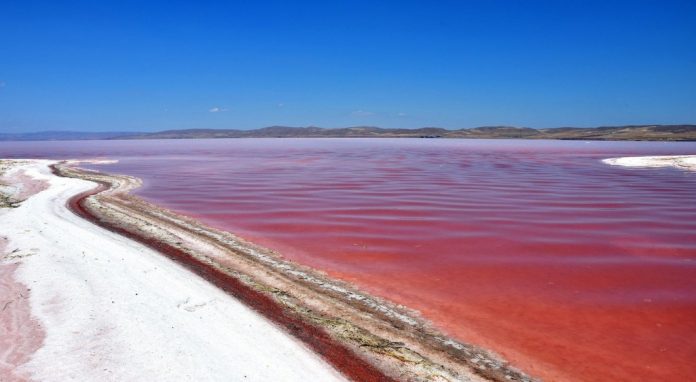 Well, you’ve might see numerous pink lakes on the internet, but Tuz Golu is a unique addition in the pink lakes collection. “Tuz Golu” is one of the largest salt lakes in the world (Tuz Golu is the 2nd largest lake in Turkey), and lies in a tectonic depression in Turkey’s dry central plateau, situated in Aksaray.

The lake just like a devil’s swimming pool due to huge algae flourish, as Rosy Dunaliella Salina algae turns into the pink shade every year. However, you don’t need to worry, because this algae is completely harmless, its colors change not a sign of the apocalypse, or an ecological disaster. Tuz Golu lake stretches across more than 580 square miles and just three to six meters deep in most of the year, also making it one of the largest hypersaline lakes in the world.

When the summer season starts, the lake water evaporates due to heat and killing plankton that normally eats the algae. When the summer heat at its peak, the algae continuously thriving and will perhaps red until the lake fully evaporate. The water organisms have antioxidant properties, and also highly rich in red beta carotene which gives flamingos their pink color.
Advertisement

The Tuz Golu lake recedes and reddens every year, leaving behind cracked salt flats that supply half of Turkey’s salt, and entice snap-happy tourists. So many photographers went to Turkey just to capture crimson lake in all its glory.

Therefore, in 2001, Lake “Tuz Golu” was declared a particularly protected area, including all of the lake surface and surrounding water-bed and few of the key neighboring steppe areas. The famous Australian Pink lake is so viral on the internet. 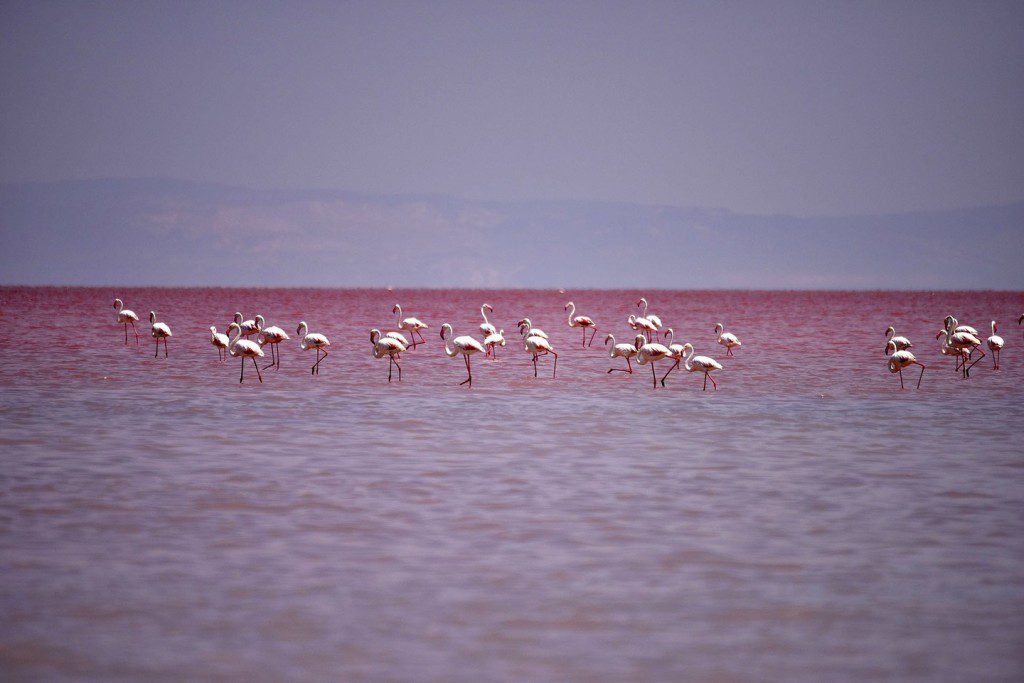