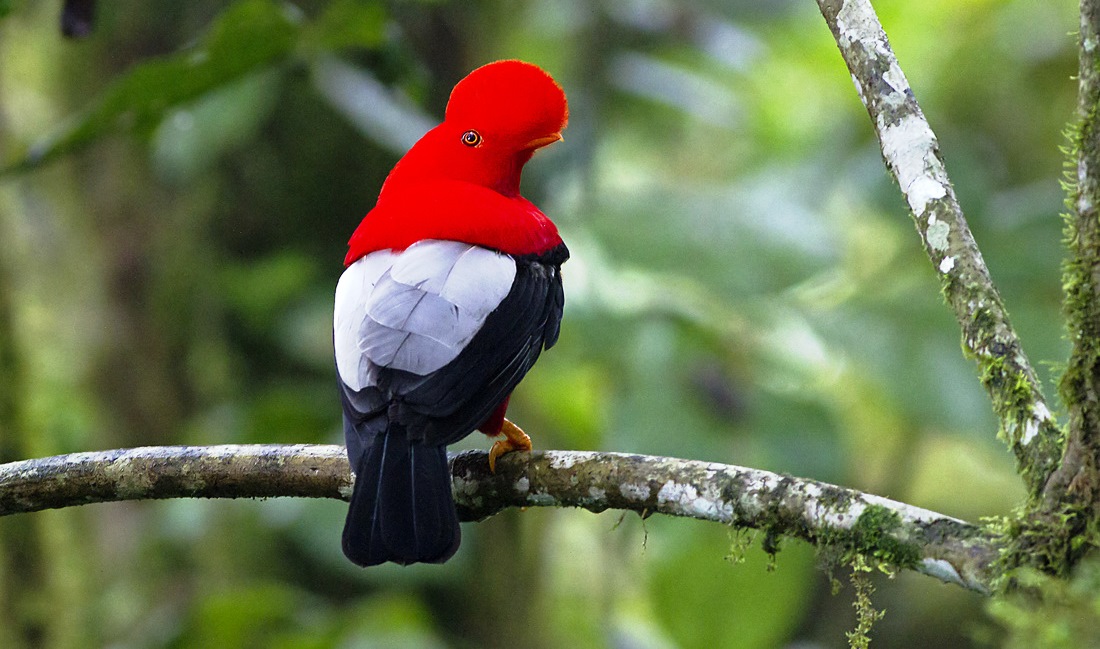 The Tunki is mostly found in ravines and forested streams in montane areas at 500 to 2,400 m elevation. It is the national bird of Peru, is readily identified by its fan-shaped crest and brilliant orange plumage, neck, breast, and shoulders and has a black body, gray wings, and a large disk-shaped crest of feathers that extends over its the bill. The female is a brownish-orange over her whole body and has a smaller crest and both of evident to a lesser degree even in the duller female.

It is a medium-sized perching bird around 12 inches in length and weighing around 265 grams. The male bird spends much of there time displaying at leks, (A lek is an area where animals, usually birds, gather to perform courtship displays) where they jump up and down on particular branches and utter low, guttural croaks. At the lek, males have been observed to break up into pairs, performing “confrontation displays”.

This consists of facing each other while bowing, jumping, and flapping there wings, sometimes even snapping their bills, and at the same time giving off various squawking and grunting calls. When the female approaches, it becomes even more intense. The bird’s name is derived from there preference for rocks and ledges as substrates for there mud cup nests. Often difficult to detect away from leks, birds can sometimes be found feeding at fruiting trees eats a diet of fruit and berries, supplemented by insects, amphibians, reptiles, and smaller mice.

The Andean cock-of-the-rock is found in humid, rocky forested areas and is often found in ravines near water or by forest streams. It is usually found at elevations of 1,500-8,900 feet. A cloud forest is a tropical or subtropical forest that is usually covered by clouds or fog at the canopy level. The bird is one of many birds species to exhibit marked sexual dimorphism.
Advertisement

The female builds a nest of mud plastered to cave entrances or rocky outcrops in forest ravines.  She normally lays 2 eggs and incubates them for around 28 days. She cares for the chicks by herself. The male birds appear to take three years to obtain the adult plumage; however few birds start to show up at displaying leks during this stage of there lives as subordinate males.

Once the orange feathers begin to appear, it seems the birds continue a progressive molt until the time they reach the adult plumage by the third year of life. Andean cocks-of-the-rock face slightly greater predators than smaller songbirds. The Predators are attracted to leks by the conspicuous behavior of the displaying males. The animals prey on adult cocks-of-the-rock including hawk-eagles, hawks, forest-falcons, jaguar, mountain lion, ocelot, and the boa constrictor.

Tunki is generally shy and inconspicuous, often seen only briefly after being flushed out or while swiftly flying down a valley. Andean cock-of-the-rock males gather in groups in a lek in the forest. The males try to attract females with a call that sounds bob up and down, bow and hop around to display their bright plumage.

The Tunki male bird habitually mates with more than one female. This species has a very large range, and hence does not approach the thresholds for Vulnerable under the range size criterion. Hence for these reasons the species is evaluated as Least Concern. The Guianan Cock-of-the-Rock is alike species but has a more orange plumage and lacks the extent of black feathers on its wings. 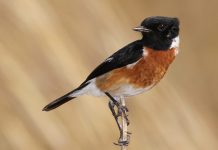 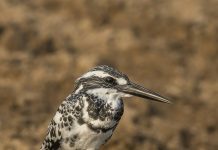 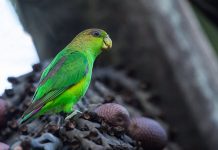