Charismatic Planet
Home Nature The World of a Sandy Beaches 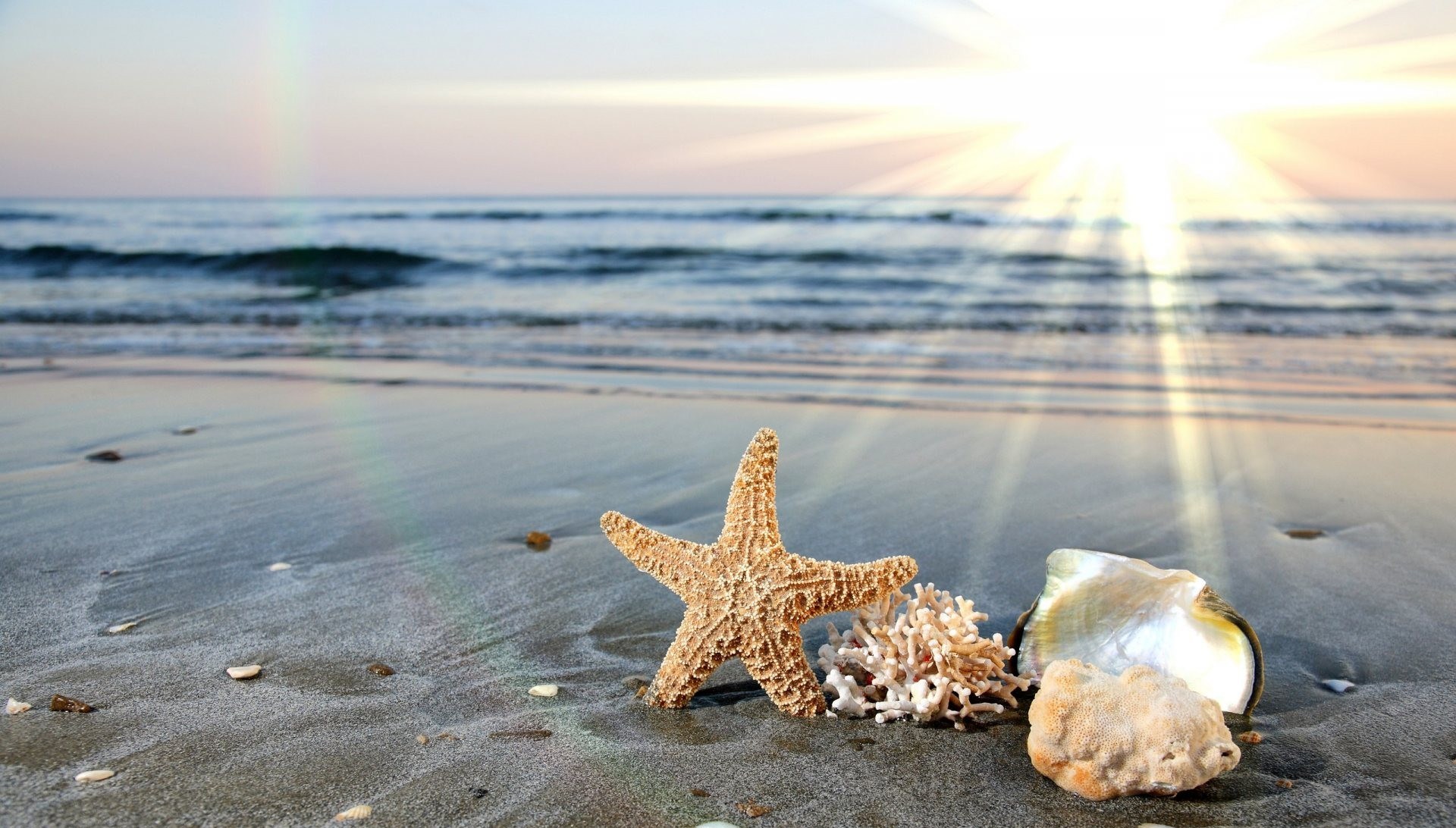 The beach is a product of weathering rock and the sea’s drift. Countless molluscs and worms live inside the sand, while animals on its surface range from tiny sand hoppers to birds and seals. Sand consists of tiny particles of rock and shell and is the result of years of erosion and weathering by the sea.

The erosion begins with the sea gnawing away at cliffs and breaking off rocks and stones. These are carried away by the sea, and waves batter them against rocky foreshores, breaking them and their attached shells into ever smaller pieces. Thus, the sea produces the raw materials for Sandy Beaches. Myrtle Beach, South California offers plenty of joyful activities, a popular tourists place with gorgeous coastlines. So, an exciting myrtle beach weekend getaways awaits you.

The next stage in the creation of a sandy beach takes place once the particles of rock and shell are small enough to be suspended in the water when they are carried along the coast by a process known as Longshore drift. The direction from which waves approach a stretch of coast is determined by the direction of the prevailing wind. Since the waves are created by winds out at sea. As the waves hit the shore they run up the beach, usually obliquely (depending on the wind direction), carrying their cargo of sand with them.

This is called the swash. The water returns (the backwash) by the line of the least resistance, which is straight down the beach. By this to and fro action, wave after wave, the sand is shifted along, guided by the direction of the prevailing wind. This is longshore drift. If the swash is more powerful than the backwash, then the sand gradually builds up to form a beach. If the backwash is dominant the sand moves on along the coast, around the headland, and perhaps the next until it comes across a bay in which the conditions are right for the formation of a beach.

Beneath the surface, like all habitats dominated by the tides, sandy beaches have their favorable and unfavorable periods for the creatures that live there. The water brings a fresh source of food to each tide. But when it retreats, the inhabitant’s invertebrates such as worms, crustaceans, and molluscs have to seek shelter against the sun, the wind, and predators. For this reason, the great majority live beneath the surface of the sand.

One of the most obvious inhabitants is the common lugworm, which advertises its presence with the familiar coiled worm-casts. This worm lives permanently in a U-shaped burrow, where it swallows sand to extract the organic content, after which the sandy waste is ejected as the cast.

A few inches away from the cast, a shallow round depression in the sand marks the entrance to the worm’s burrow, where the feeding activities of the head end are causing the sand to sink. The only way you can see the worm itself is to dig for it as anglers do for bait, or hope to see it being dragged out by an oystercatcher or a gull feeding at low water.
Advertisement

The damp sand of the inter-tidal region contains many marine worms besides the lugworms. The tube-building worms are particularly satisfying to find because they build beautiful shelters against the difficult environment. The sand mason, for example, secretes sticky mucus from its body, to which sand grains adhere. This sandy tube extends down into the sand and also pokes above the surface.

When the tide is out, the worm withdraws, leaving only the top of the tube open. As the tide comes in the worm extends itself up the tube to collect tiny food particles drifting past its waving tentacles. The tube provides the worm with a fixed home in the unstable medium of sand and allows the worm easy movement up and down in response to the changing rhythm of the tide.

Burrowing bivalves’ type of movement up and down in the sands in response to the tide is also performed by many molluscs. The molluscs of the sand are mostly bivalves. In contrast to those of rocky shores, which are mainly creatures such as limpets and winkles.

Which seal their single shells to the rock surface to keep in moisture and maintain an anchorage during the hazardous period of exposure. The bivalves have a different strategy to survive this dangerous period, they burrow, using a powerful foot muscle to drag them out of sight into the damp sand.

One siphon ejects the sieved water as waste. When the ebbing tide signals the end of the cockle’s feeding time, it tightly clamps its two shells, sealing itself in until the next flood tide, and hides just below the surface of the sand.

Hidden Predators; the sand also harbors some active hunters, such as the masked crab and the burrowing starfish. When the tide is in, the masked crab digs and scoops its way into the sand with its powerful hind legs. Once hidden, it breathes by drawing water down through long, tubed antennae and waits for the tide to go out. So it can begin hunting. It is active only at night along the lower shore and shallow water, walking without the sideways scuttle typical of most crabs.

The burrowing starfish adopts a different strategy. It hides just below the surface of the sand and seizes whole molluscs or worms, swallowing them into its central stomach. A bivalve may seem indigestible, but the starfish has a way of dealing with it. It succeeds in prising open the mollusc’s and inserting its own stomach. The starfish’s digestive juices then reduce the meat inside to a ready meal. In due course, the empty shell is ejected onto the surface of the sand.

Birds on the beach birds too are on the lookout for molluscs, and they’ve come highly successful methods of extracting the meat from within the shells. Even the tough shell of a cockle is no protection against the powerful bill of an oystercatcher. Hunting in the shallows, just before the cockle runs out of feeding time on a falling tide, or before the incoming tide renders the water too deep for the bird to wade, the oystercatcher looks for an open gaping shell.

When it sees one, it strikes the mollusc’s muscle, after which the mollusc is unable to close its shell in self-defense. Even if the shell does manage to close around the beak, the strong red bill can easily force it open again. Alternatively, the oystercatcher can smash its way into the shell by using its beak like a hammer.

Gulls also use brute force when feeding on molluscs, but a certain amount of cunning as well. Herring gulls sometimes force cockles to the surface by paddling they are getting up and down on the surface of the sand. They’ve also learned to pick up cockles from soft sand, fly with them until they are above a hard surface such as a rock or even a promenade, and then drop them so that they smash open below.

Beach plants: Sandy beaches do not exist in isolation, but are flanked by rocky headlands or shallow rocky foreshores. In sheltered parts of the beach, where the water currents are slacks, the sea often carries a large cargo of debris from these neighboring habitats, and from farther out at sea itself; seaweed, dead animals, and shells, for instance.

At the high watermark, much of this organic material piles up to form the familiar strandline with its own wildlife of scavenging sand hoppers, kelp flies, turnstones, crows, rats, and foxes. The same strandline also supports most of the few plants found on the lower reaches of a sandy beach. Here you may find plants such as salt wort, sea rocket, and orache.

Further inland above the high tide level, the most obvious sign of plant life is often sand dunes. There is an extension of the sandy beach formed when onshore winds carry the sand inland. Once their maritime plants, notably mar-ram grass, stabilize the sand to form semi-permanent dunes.

Offshore seals going in the other direction, away from the land, low tides sometimes create a temporary offshore island which, because of their isolation, are excellent habitats for seals. Common seals often give birth to pups on such islands, even though the pups must be able to swim before the next tide comes in to engulf them. Once in the water, the baby swims with its mother, and then both return suckling on the sandbank or in the shallows when the island reveals itself again.

Common seals spend a lot of time out of the water, humping onto the sand in large social gatherings, as well as dropping pups. Their passage along the sand is marked by the characteristic tracks created by their bodies and flippers. As the tide drops, the seals move with it towards the water.

From the seal’s point of view, one stretch of sand is as good as another for their purposes, their preference for offshore banks is a direct response to human disturbances. For on land, people are their only major enemies, and people flock to Sandy Beaches in their thousands for the recreation they offer so well. 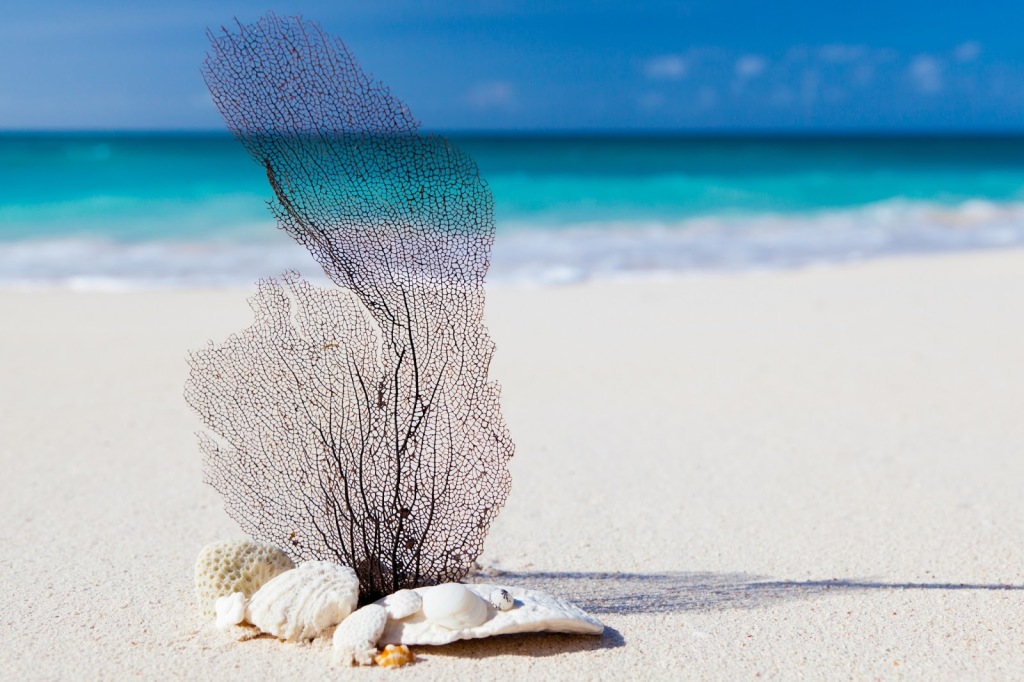