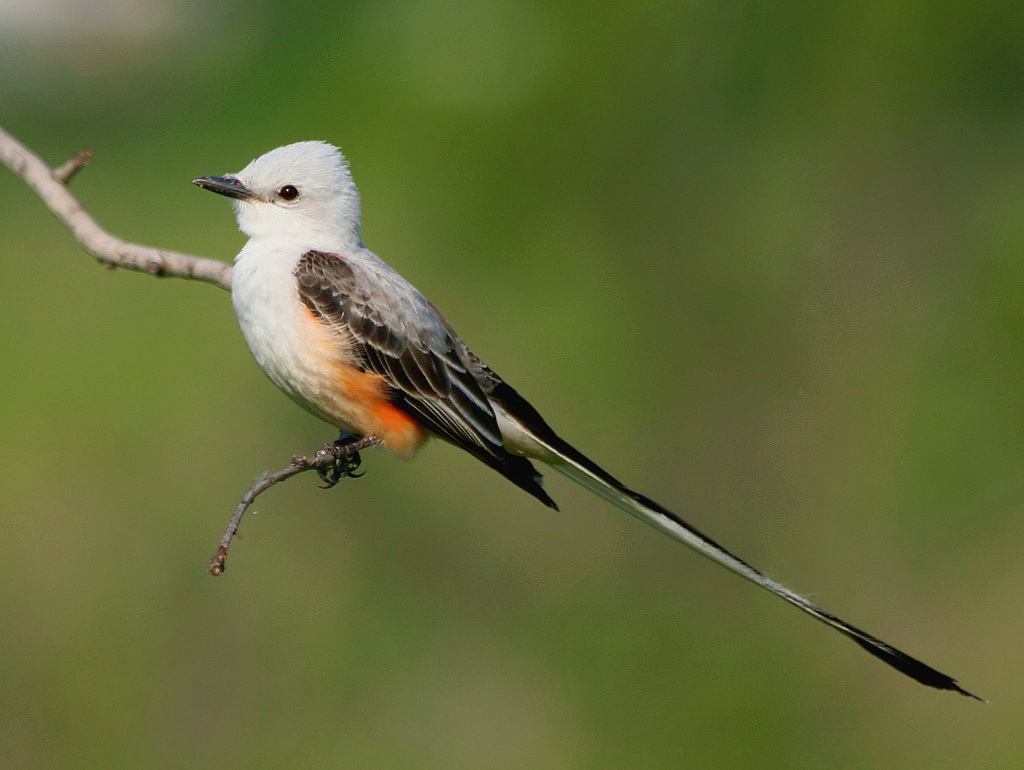 The striking Scissor-Tailed Flycatcher is our only regular “long-tailed king-bird.” But it is not only elegant and attractive but also common and easy to observe. The splendid scissor-tailed fly-catcher (Tyrannus forficatus), also recognized as the Texas bird-of-paradise and swallow-tailed fly-catcher, is a long-tailed bird of the genus Tyrannus, whose members are collectively referred to as king-bird. Well, the kingbirds are a group of large insectivorous (means insect-eating) birds in the tyrant flycatcher (Tyrannidae) family.

The scissor-tailed Flycatcher can be found in North and Central America. This bird was also famous with its former Latin name “Muscivora forficate”. The former genus word, “Muscivora” actually derives from the Latin word for “fly” (musca) and “to devour” (vorare), while the species name forficata derives from the Latin word for “scissors” (forfex). The long scissor tails bird is now considered to be a member of the Tyrannus, or “tyrant-like” genus.

This genus earned its name because quite a few of its species are exceptionally aggressive on their breeding territories, where they will feel no hesitation to attack on larger birds such as crows, hawks, and owls.

Moreover, adult birds have pale gray heads and their upper parts, light underparts, salmon-pink flanks and under tail coverts, and dark gray wings. Axillars and patch on underwing coverts are red. The bird’s species extremely long, forked tails, which are usually black on top and white on the underside, are characteristic and unique.

At maturity, the male may be up to 15 inches in length, though the female’s tail is up to 30 percent shorter. The wingspan is 15 cm and the weight is up to 43 g. Further, Lmmature birds are duller in color and have shorter tails, whereas a lot of these birds have been reported to be more than 40 cm.

The male and female travel together throughout their territory in search of a nesting place in the open prairie, mesquite prairie, parks, gardens, pastures, croplands, roadsides or saltmarsh edges. When they discover a potential nest sight in an isolated tree or shrub, they both hop around and test out diverse spots by pressing themselves against the branches. They normally select an open site that’s sheltered from the prevailing wind and often shaded by some foliage.

These birds build a cup nest in isolated trees or shrubs, sometimes using artificial sites such as telephone poles near towns. The male bird performs a huge aerial display during courtship with his long tail forks streaming out behind him. Both species feed the young bird and like other king-bird, they’re extremely aggressive in defending their nest. Normally these birds’ clutches contain 3 to 6 eggs.

In the summer season, scissor-tailed flycatchers feed mostly on insects i.e., grasshoppers, robber-flies, and dragonflies, which they may catch by waiting on a perch and then flying out to catch them in flight. If they need extra food in the winter season, they’ll also eat some berries.

It is reported sightings record occasional stray visitors as far north as southern Canada and as far east as Florida and Georgia. The birds migrate through Texas and eastern Mexico to their winter non-breeding range, from southern Mexico to Panama. Moreover, pre-migratory roosts and flocks flying south may comprise as many as 1000 birds. The lovely scissor-tailed flycatcher is the state bird of Oklahoma, and is displayed in flight with tail feathers spread on the reverse of the Oklahoma Commemorative Quarter.

The Scissor-Tailed Flycatchers have the habits of having several human products in its nest, such as string, cloth, paper, carpet fuzz, and cigarette filters. Well, these beautiful Scissor-tailed fly-catcher numbers are a small decline between 1966 and 2010, however, according to the North American Breeding Bird Survey.

A decline was noted in the mid-1970s, which was offset by an increase in numbers during the 1980s. Moreover, partners in Flight estimates a global breeding population of 9.5 million with 92 % breeding in the United States., and 50 % spending some part of the year in Mexico. Also Read: Black Sickle Bill ! The Bird of Paradise 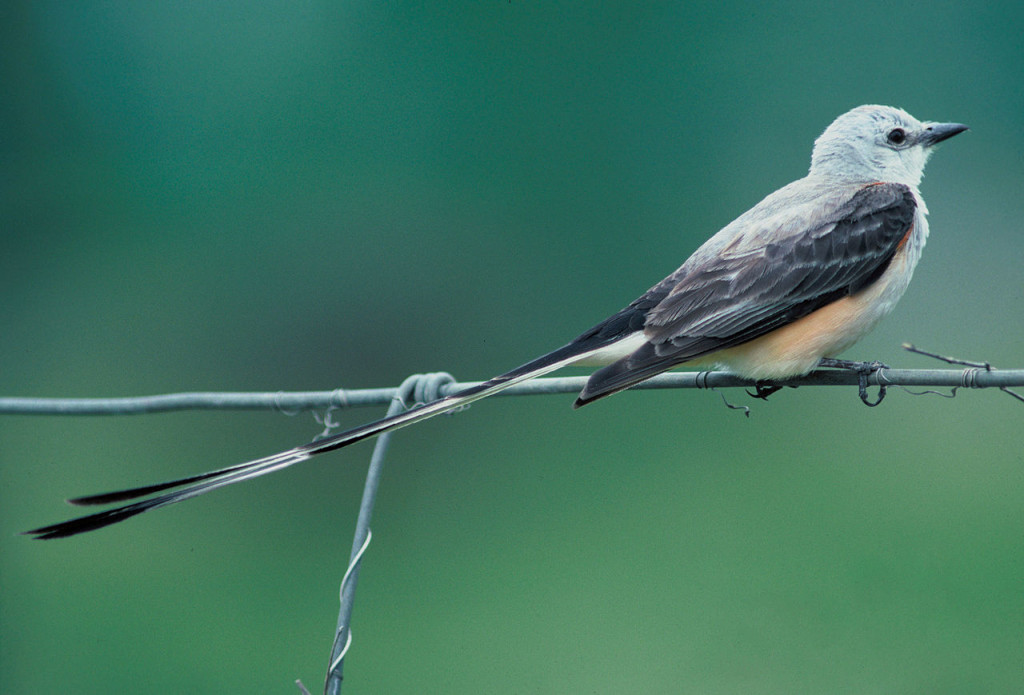 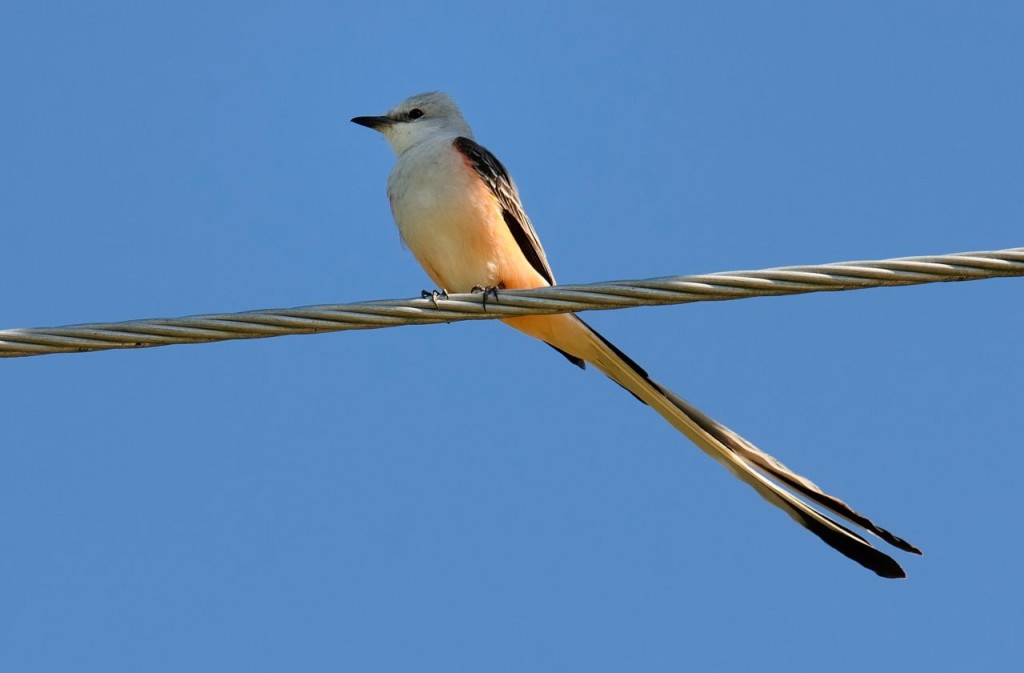 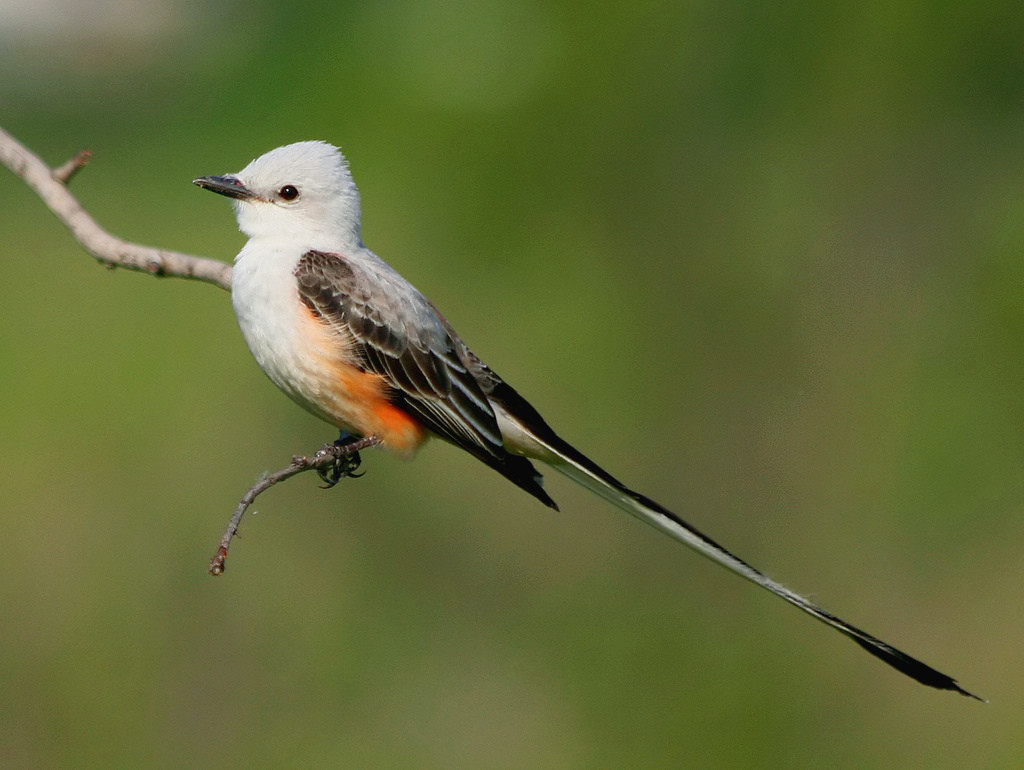 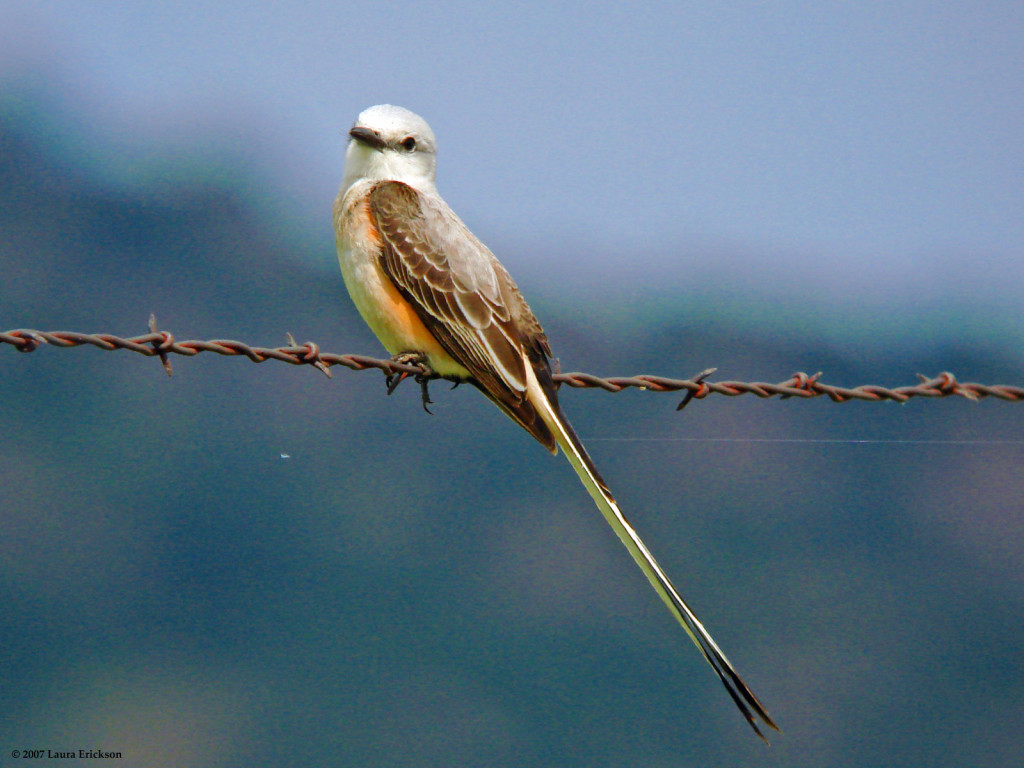 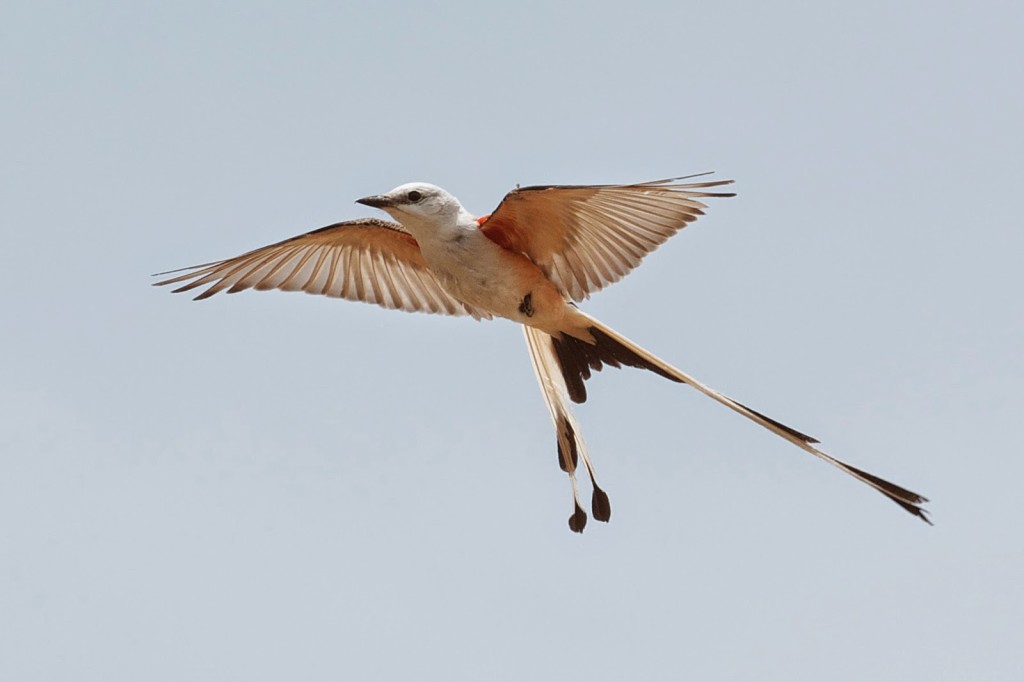 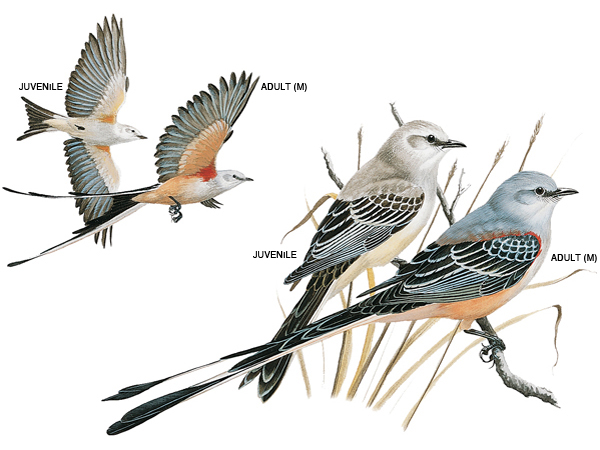 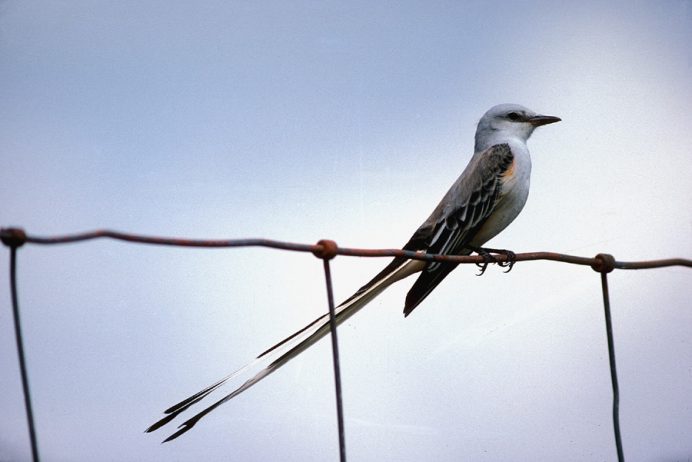 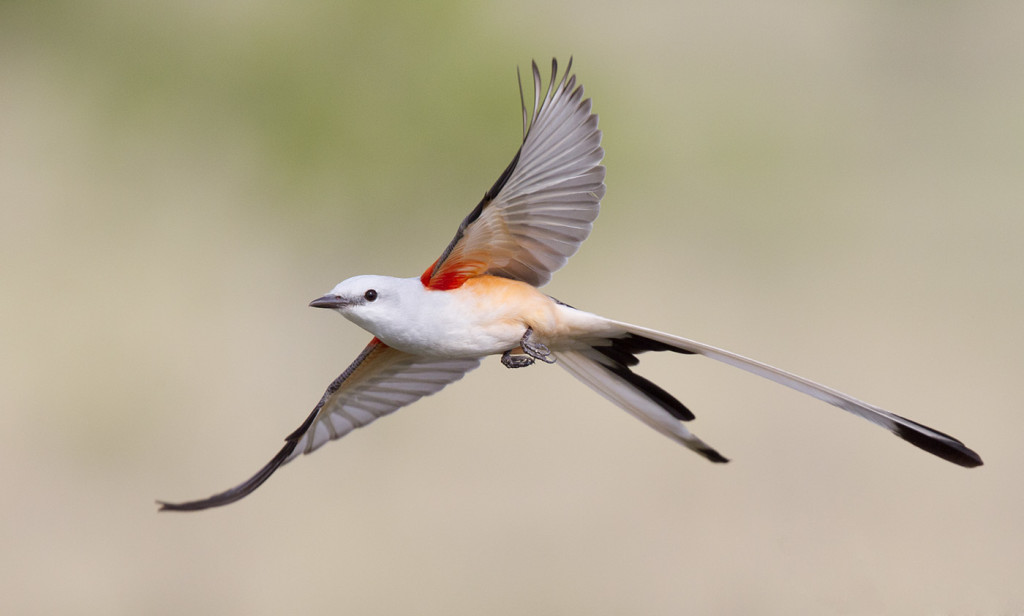 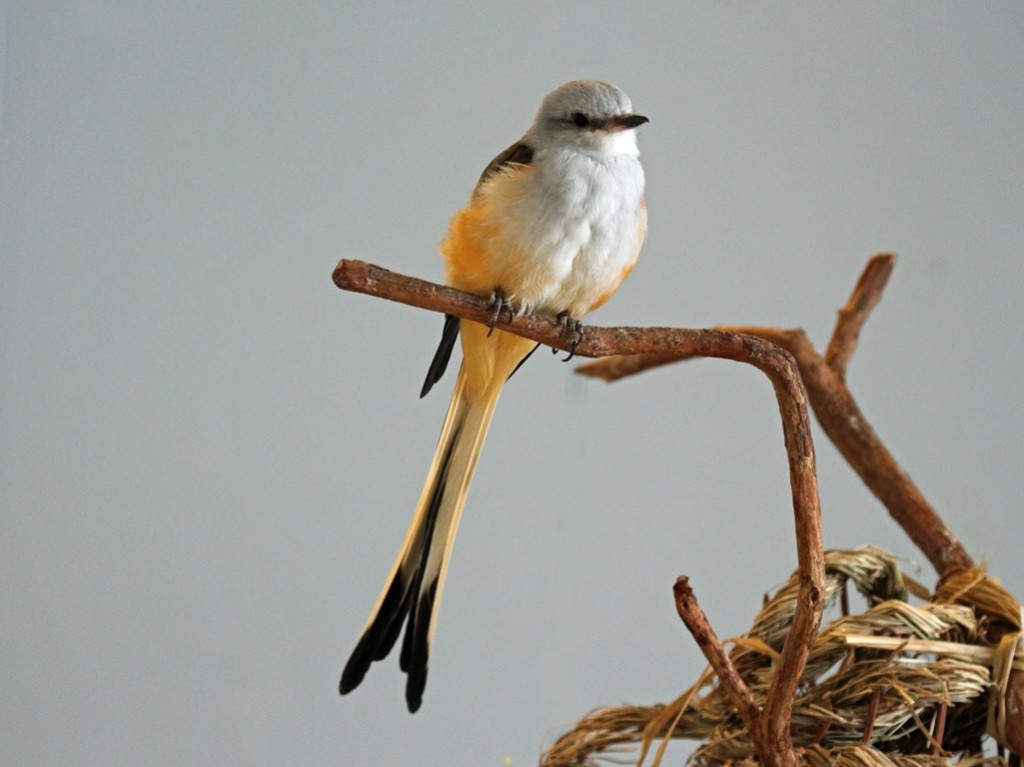 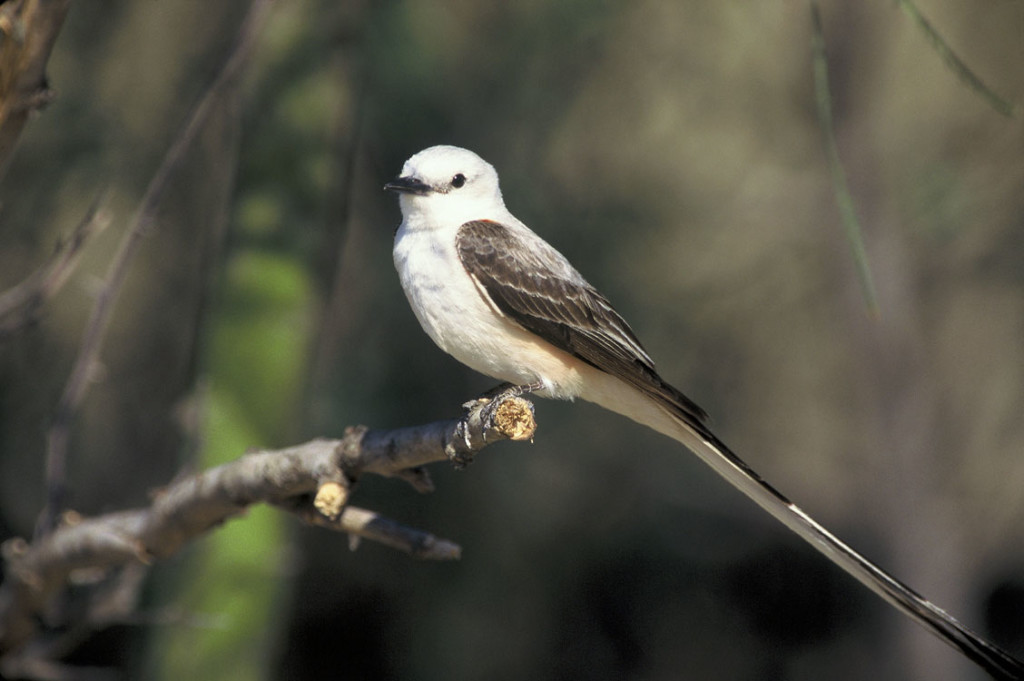 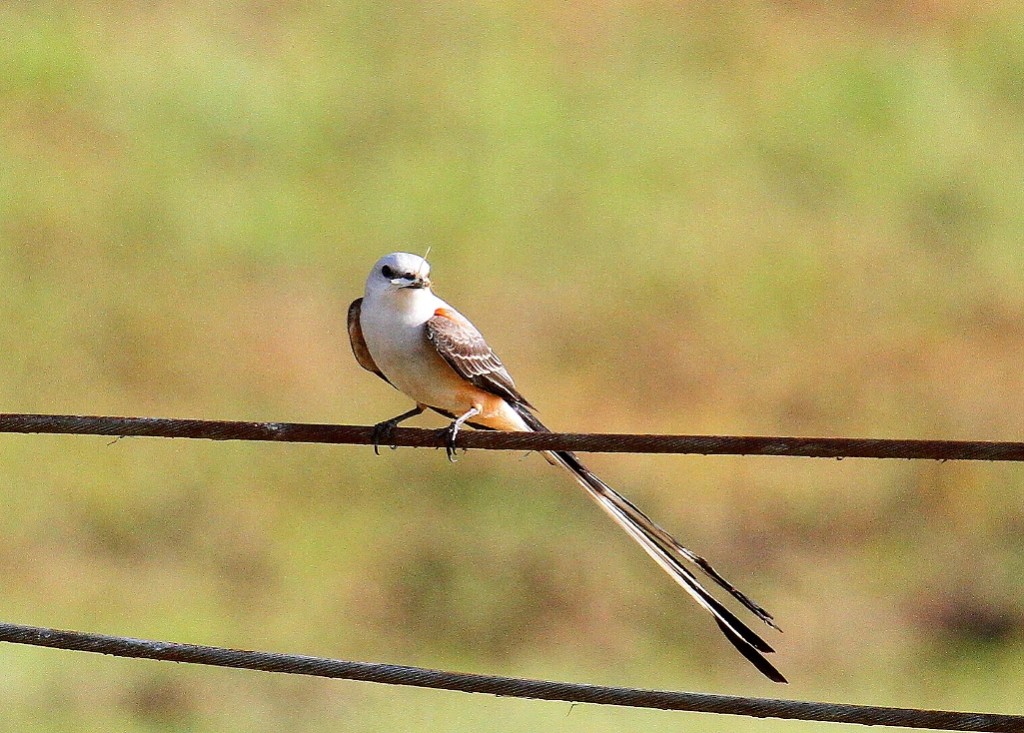 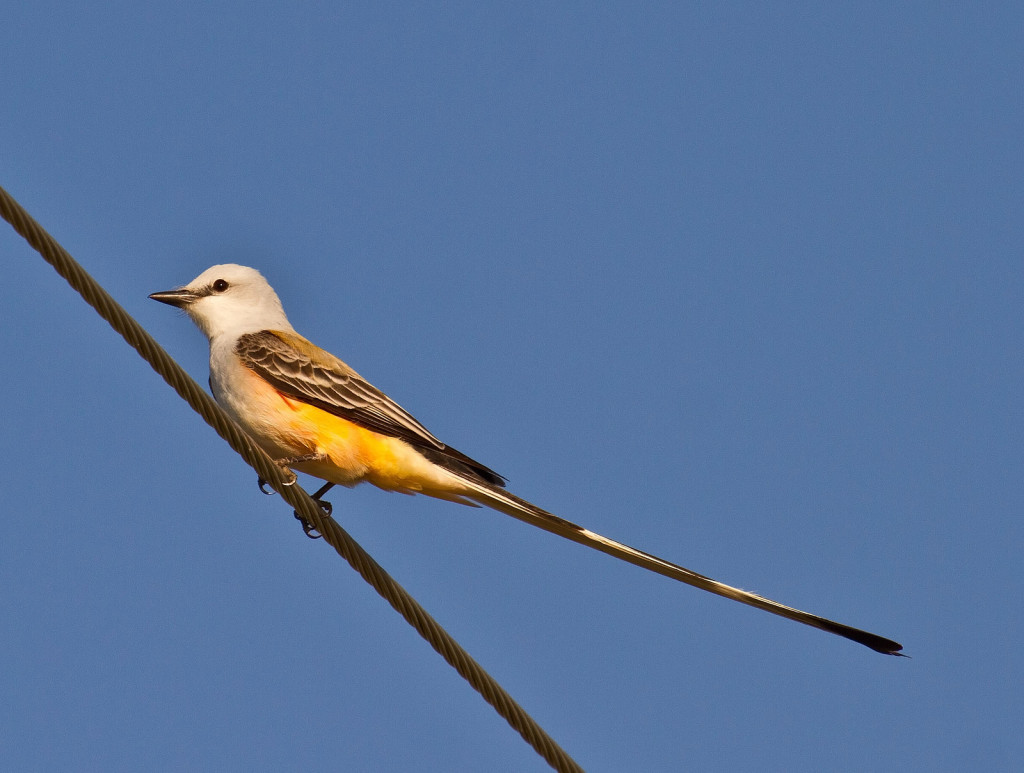