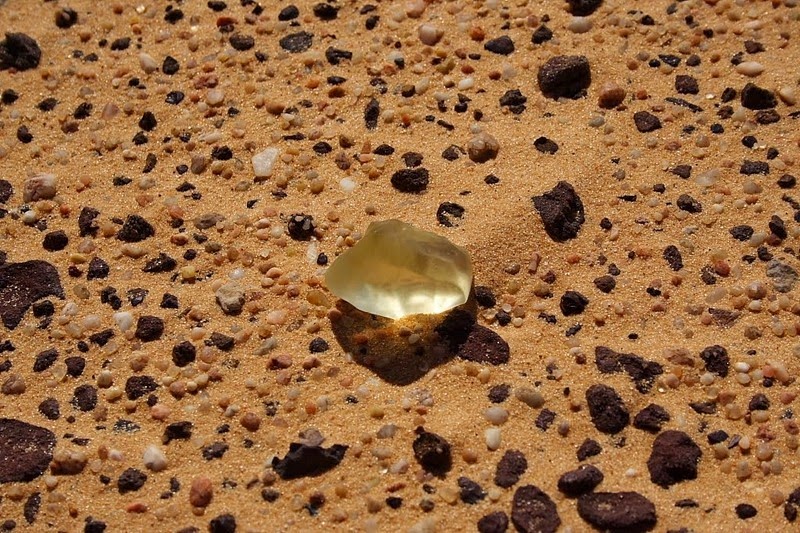 The Mysterious Libyan Desert Glass can be found between the borders of Egypt and Libya. It is called Great Sand Sea, which is a massive sandy desert that is spread more than 650 kilometers from north to south and around 300 km from east to west, covering an area of even the size of Ireland.

The predominant winds have organized this great sand mass into enormous longitudinal crested dunes rising 100 meters high at places and stretching uninterrupted for hundreds of kilometers. It is separated by flat corridors about a kilometer or two wide. In these stretched narrow gaps are areas where the underlying bedrock is visible. In these visible surfaces an inquisitive natural glass is found.

Therefore the so-called Mysterious Libyan Desert Glass is the cleanest natural silica glass ever found on planet earth. The captivating glass is usually yellow in color. Though, it can be very clear or it can be a milky, and even comprise minute bubbles, white wisps, and inky black swirls. Thus, more than thousand tons of these glasses are strewn across hundreds of kilometers of bleak desert. Most of these are the size of pebbles polished smooth by the abrasive action of the blowing sand. However others are chunks of substantial size and weight. So far, the biggest piece ever found weighed about 26 kg.

Well, the natural Mysterious Libyan Desert Glass, such as can be molded either by lightning strike, or volcanic activity or meteorites striking the earth. The Libyan desert glass has been dated as having formed about 26 million years ago, which made researchers assume that the glass here was formed when a meteorite struck earth around this time, but the absence of an impact crater create problems for this theory. As a result in 2007, a circular feature was discovered using satellite pictures but proof of it being an impact crater is slim to none.

Furthermore another theory recommend an exploding comet near the surface heating up the sand beneath it to an intense temperatures resulting in the formation of a gigantic amount of silica glass. The first scientific discovery of Mysterious Libyan Desert Glass was prepared by an Englishman named “Patrick A. Clayton” in 1932, who brought the first glass samples back to Europe for research.

Nevertheless, the existence of the glass was well-known to man long before that. The local natives in the Neolithic period made tools out of the glass, and later the Egyptians used it in making jewel. A large piece of carved stone on the breastplate of the famed Egyptian pharaoh Tutankhamun was identified as none other than Libyan Desert Glass. Also Read: Laerdal Tunnel: The World’s Longest Road Tunnel 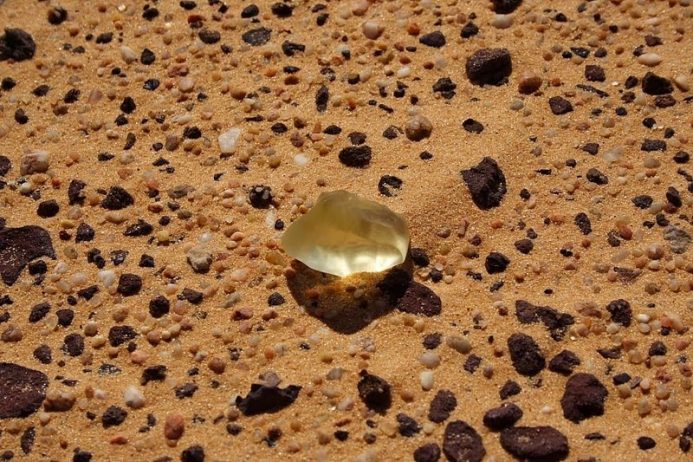 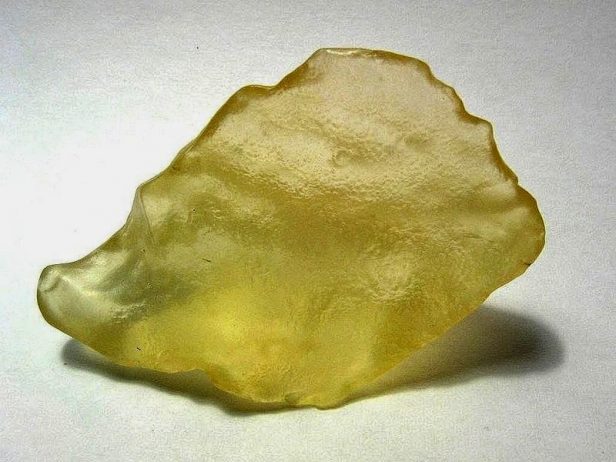 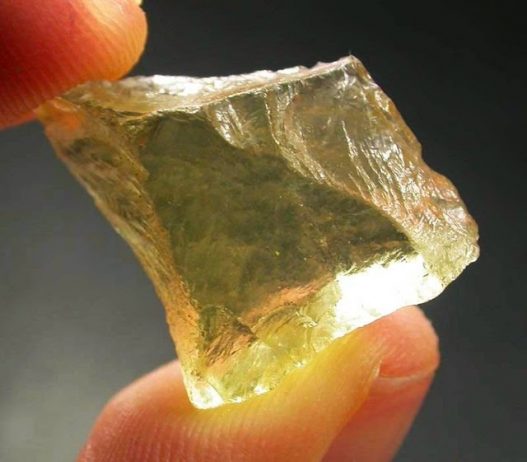 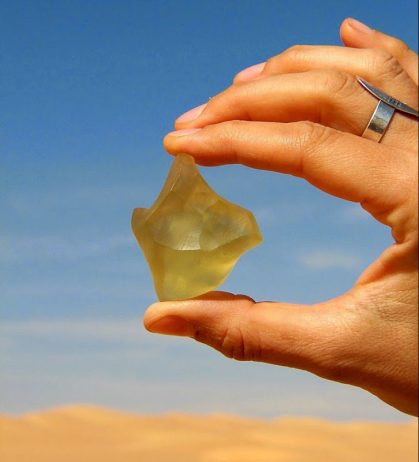