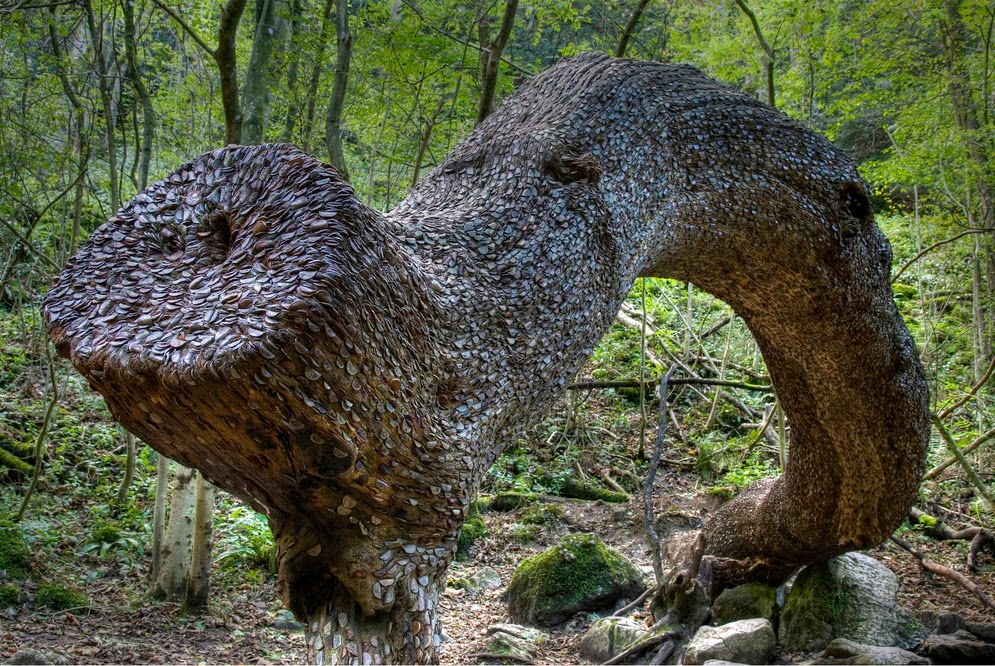 Few centuries ago, around UK people would put coins into trees in order to make wish. The odd marvel of gnarled old trees with coins embedded all over they’re bark has been spotted on trails from the Peak District to the Scottish Highlands.  Hence, the legends around it and the imageries that follow are quite awe remarkable!

Many people thought that by striking a coin into a tree with a hammer, they could make a wish, such as having some sick get better or removing the suffering from they’re close ones. Also, believe any sick person could press a coin into a tree and they’re illness would go away. ‘If someone than takes the coin out though, its said they than become ill.’

These enthralling spectacles often have coins from centuries ago buried deep in they’re bark and warped by the passage of time. An oak Wish Tree made famous by Queen Victoria during her visit in 1877, and it’s inclusion in her published diaries. The tree, and others surrounding it, is festooned with hammered-in coins.

Therefore, it is very interesting but also a bit unlucky as many trees have been damaged due to this. However, it’s quite a sight to behold, a tree covered in coins from all the wishes. The tradition of making offerings to deities at wishing trees dates back hundreds of years, but this combination of the man-made and the natural is far rarer.

Some people believed that divine spirits lived in trees, and they were often festooned with sweets and gifts.  The people had no idea why it was being done when first noticed the tree trunk was being filled with coins. As some detective work and discovered that trees were sometimes used as “wishing trees”.

Although several superstitious people still do this, which explains why some of the coins in the photos are not centuries old! So, do you believe such superstitions to put coin into trees in order to make wish?