Four seasons are a great blessing of God, and Iran is one of the lucky countries to have all seasons. The colors of Hormuz Island ethereal red, orange, yellow, and sparkling opal-like terrain have instigated myriad artists. It seems like a rainbow shimmering on the earth. This geological wonder has inspired Dr. Ahmed Nadalian, to build a museum and art gallery that displays vibrant colors and textures of Hormuz Island. He makes inspiring artwork on the sand of the Island.

The temperature of Hormuz Island is very arid, and hot in summer with no vegetation or freshwater available. The Hormuz Island is a salt dome that had risen upwards throughout the overlaying layers of unusual shape rocks. Hormuz Island is located eight kilometers from the Iranian coast in the Persian Gulf. The rising mass is a mix of salt, layers of clay, shale, carbonates, and iron-rich volcanic rocks.
Advertisement

The skillful artists make a bike with tires that permit the rider to leave pace messages in the sand when they cruise around the beach. This Island is completely a hiker’s heaven populated by weird-shaped rocks that look like gigantic gold boulders, seashells, and mountains that seem they are brought from Mars. The Iranian peoples call it “Golak” and they used it for artistic and culinary objects.  There is bread named “Tomshi” which is baked by local people that contains the ingredients of Hormuz Island soil colors. Under high pressure, the rock salt, is weak and buoyant, resulting in losing its brittle and flowing more like a liquid.

The ocher red is the most lively color that engulfed the entire Island from the beaches to the craggy cliffs. The rugged, vibrant rocks of Silence Valley will stun you wordless. The soil and colorful rock formation of Hormuz Island look like red soil has been triggered for artwork and culinary projects.

That includes thin, crispy roti, sprinkled with lively red dashes of dirt. The Island sand is mainly used in cosmetics, paints, ceramic tiles, and decoration of houses and commercial buildings. Fishermen are the only residents there, who have engaged with mine the Island rock salt and red soil. Therefore, these days, only tourists have the curiosity and go there to see the wonder of nature. Moreover, you can read about the Rainbow Mountains turned out a true natural wonder, also known as Vinicunca, has become a major touristic attraction. 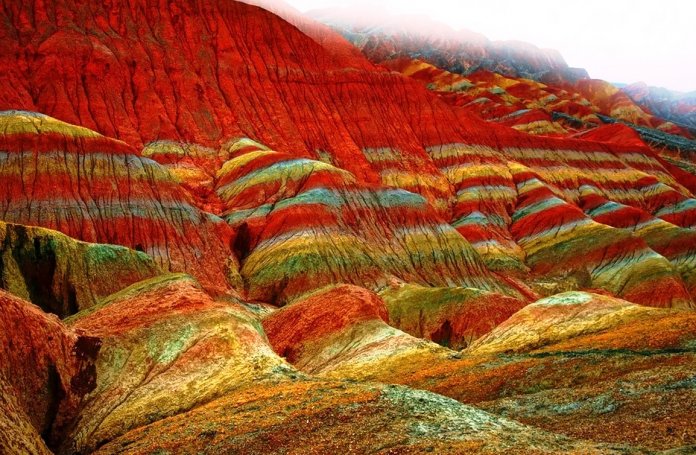 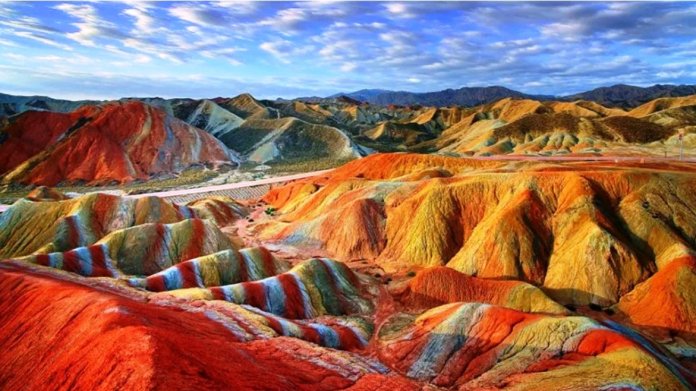