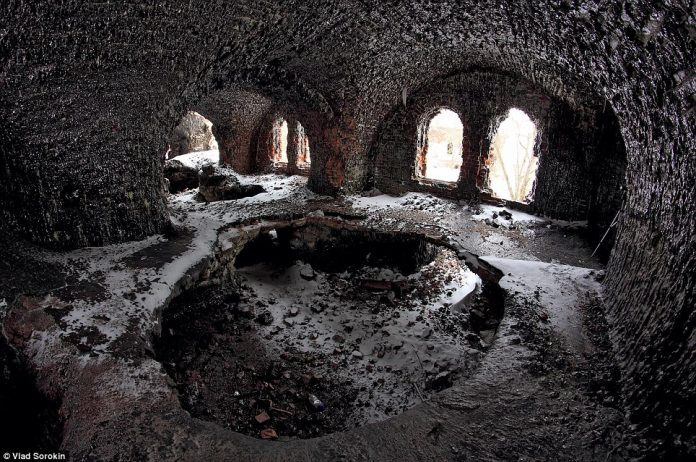 Fort Zverev is situated on the shores of the Baltic Sea in northern Kronstadt lies completely ruins nowadays. But Fort Zverev tranquil inspires the imaginations of tourists to the artificial island, just north of Kronstadt, nearby St Petersburg, where the remains stand overlooking the sea. Fort Zverev was actually built in the middle of 18th century (1860s) by engineer Konstantin Zverev. Later on, Fort named was associated with him in order to strengthen the northern fairway of Gulf of Finland. The Zverev fort had a mushroom shape with curved ceiling a new design different from all Konstantin Zverev had built before. Zverev Fort was successfully applied asphalt as a building material completely floors was covered with natural asphalt solution, and this was first in Russia at that time. In the start of 20th

Advertisement
century the fort was transformed into sea mines warehouse and ammunition dump, and continued to remain on duty long after World War II ended and used as military training and practical shooting.

In 1970’s the fort was described as ‘hell on earth’ the rusting bunker was destroyed by a savage fire that tore through the structure and blaze ignited with massive fire and spread to engulf a network that raged for many weeks and the blast swept through the basement, sparking an uncontrollable inferno as the fuel lit and fire finally subsided and fort cooled down enough to enter in the basement, which was entirely unrecognizable the smooth chamber walls once stood, a dark and rough cave was left in its wake. The inferno was too much hot that it factually melted the bricks above which dripped down like stalactites. It’s was not figured what kind of material fueled the fire but from the nature of the damage, it was apparent that it was something that burned penetratingly hot.

Even though normal household fire, strong brick does not melt, and requires too much temperature perhaps less than 1,800 degrees centigrade. For comparison, a large gasoline fire produces temperature of around 1,100 degrees. Various speculates that the Russians were testing a innovative kind of weapon perhaps a high phosphorus containing compound alike to napalm that burned which is  reaching temperatures of 2,000C, the fire was so hot the brick walls and ceiling melted, leaving strange icicle-like formations hanging from the ceiling. According to another version, the fort was a cesspool of lubricants and decommissioned ammunition, bilge water and waste from ships that was accidently set fire by careless tourists. But actual truth will never be known. 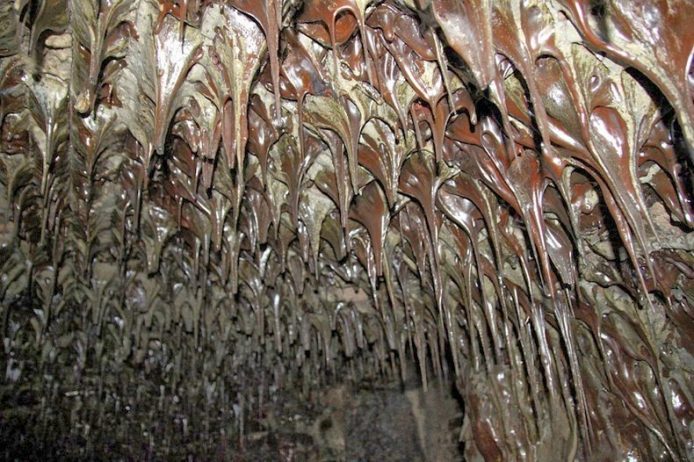 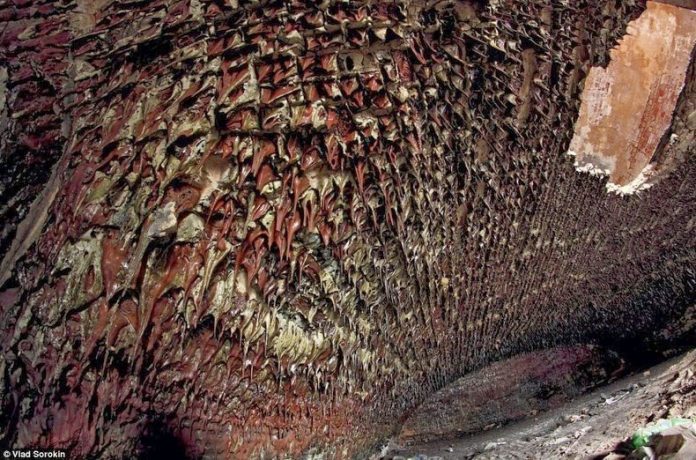 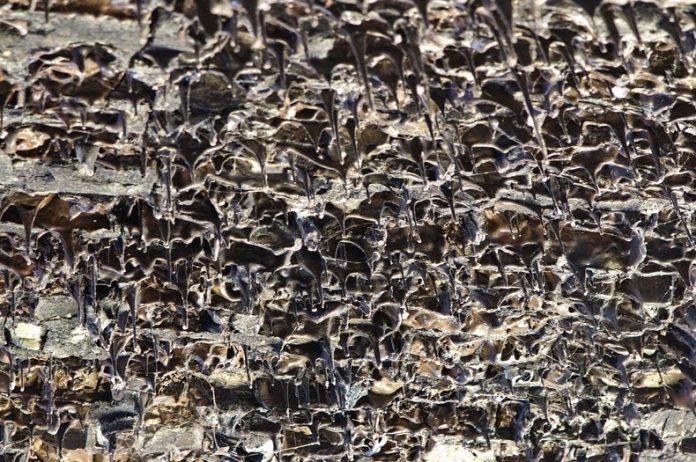 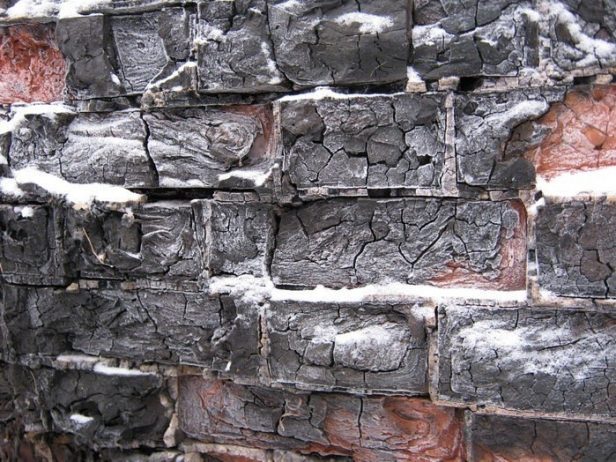 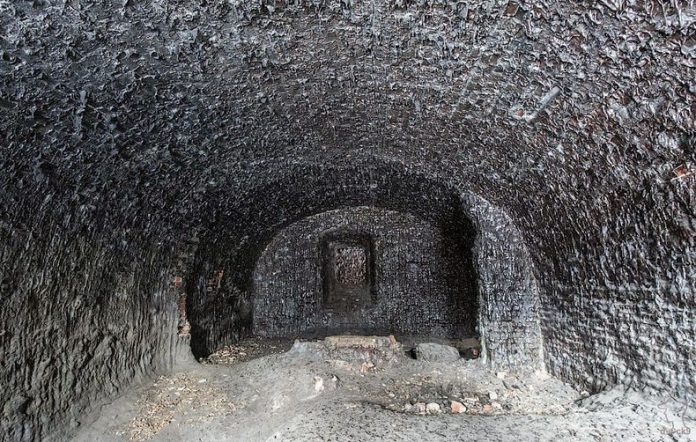 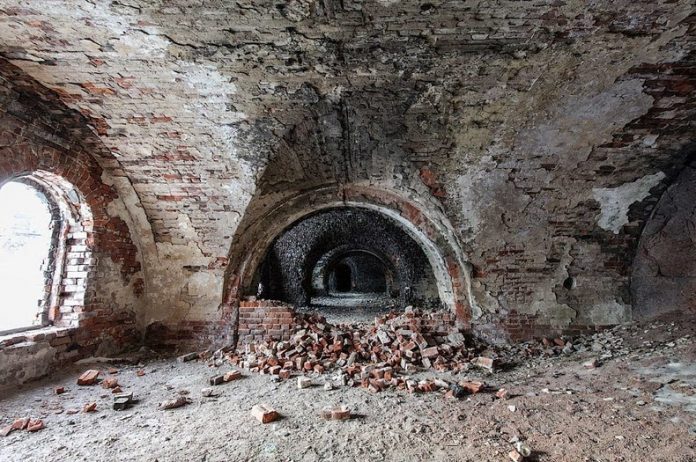 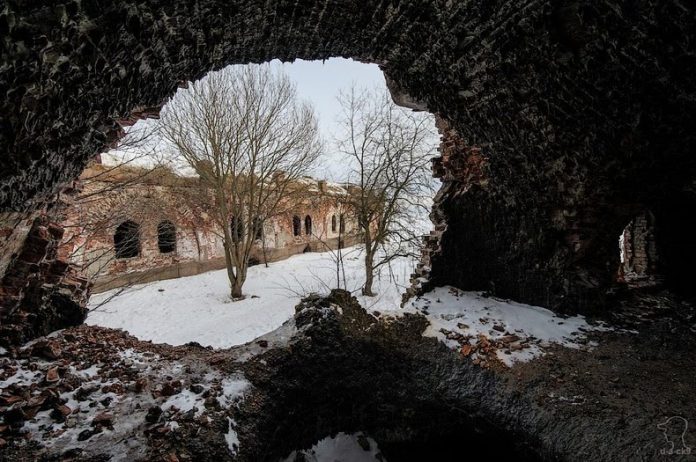 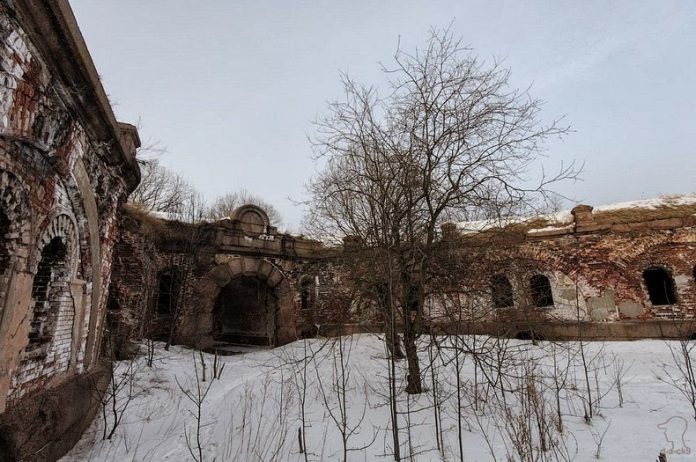 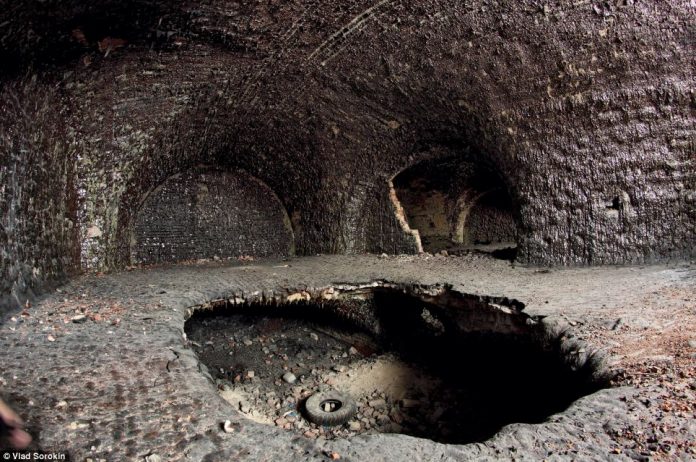 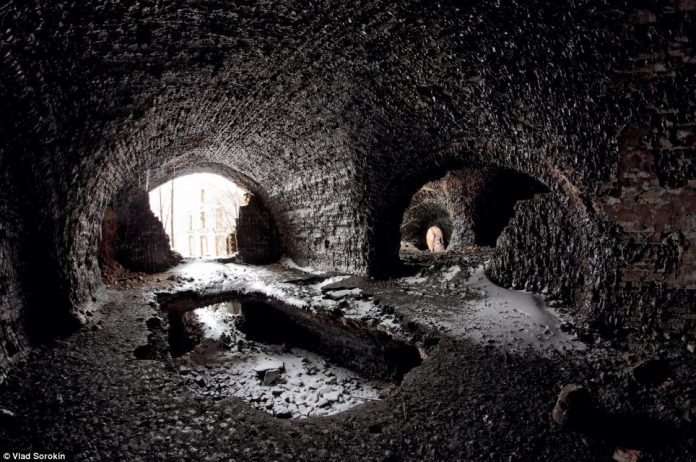 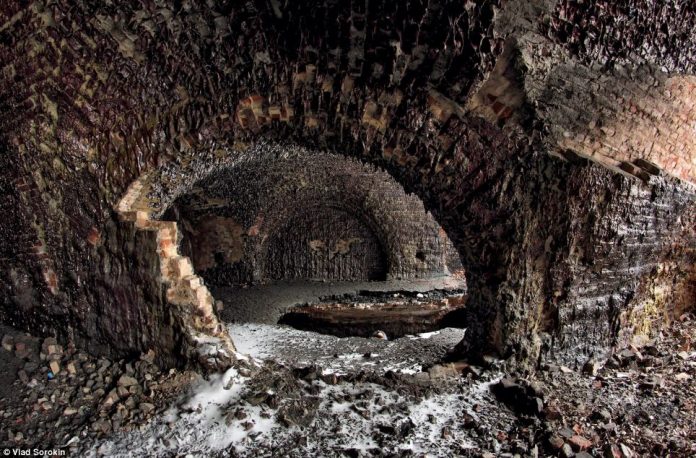 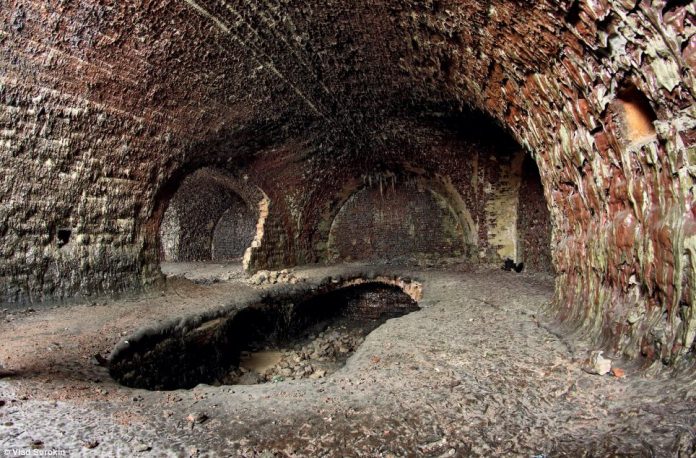 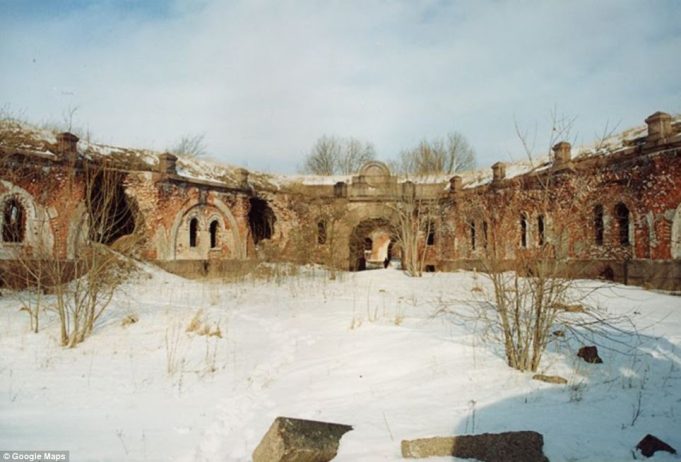 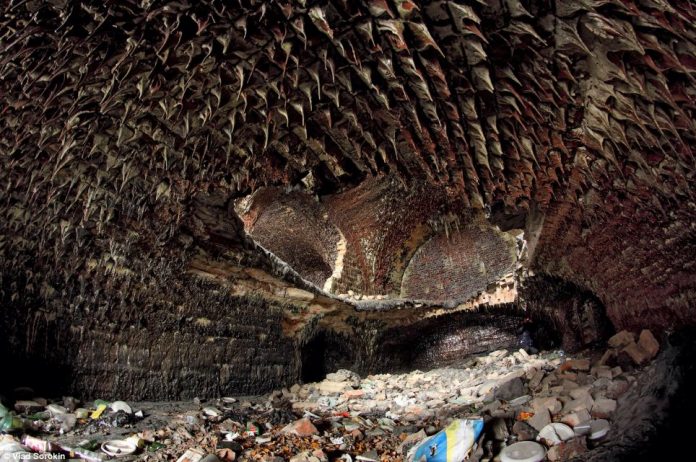 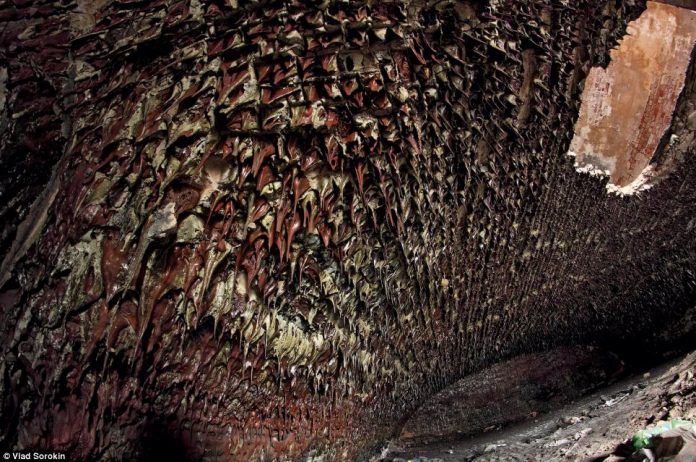 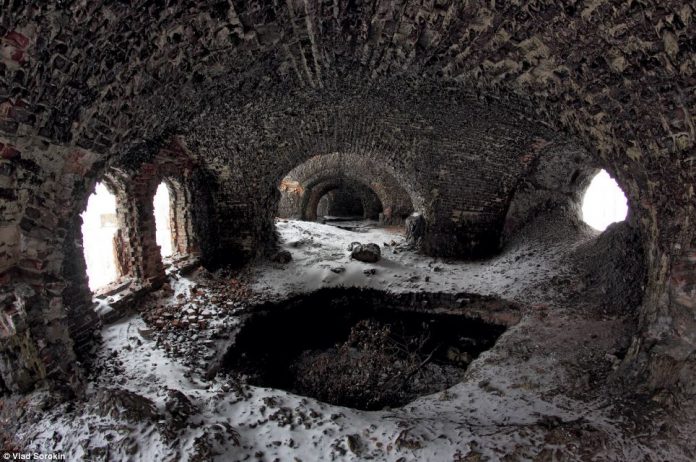 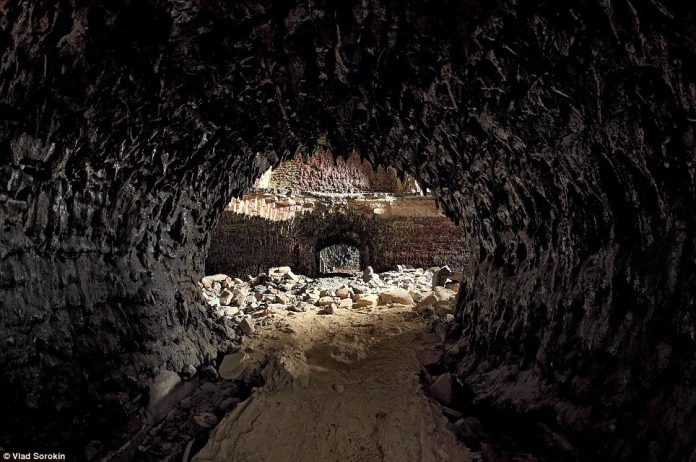