Depression is a disorder marked particularly by sadness, inactivity, difficulty with thinking and concentration. A noteworthy increase or decrease in appetite and time spent sleeping, feelings of dejection and desperateness. And sometimes very serious suicidal thoughts or an attempt to commit suicide.

Depression is a state of mind familiar to almost everyone in one form or another. In ordinary usage, the word mentions to a mood state that in medicine is called dysthymia. And in contrast with the normal state of euthymia and the opposite state, elation.

In psychiatric usage, disorders of mood are called affective disorders. Depression is either a disorder or can be a symptom of another disorder, either mental or physical. Normal human responses to some situations may include transient depression. But in medicine, these transient states are distinguished from the condition known as clinical depression.

Major depression occurs in 10% to 20% of the world’s population in the course of a lifetime. Women are more often affected than men are, by a 2:1 ratio, and they seem to be at particular risk just before menstruation or immediately after childbirth. Relatives of people with major depression also seem to be at higher risk of developing depression, and about 2% of the population may have a chronic the disorder is known as depressive personality.

The Herbal Alternatives to Prozac.” most of the talk challenging the assumptions underlying the title! By phrasing the topic in this way, we are forced to respond to the underlying issue in terms of the efficacy of Prozac for depression, rather than by highlighting the strengths of phototherapy when used in a holistic context.

In short, comparing the efficacy of herbs and Prozac begs the fundamental question about the underlying cause of depression. When it comes to the clinical use of herbs in major depressive illness, to make it clear that she does not believe there is an herbal alternative. For most people with less severe depression, however, herbal alternatives will be discussed below.

That would also suggest that depression may be a rational and sane response to our society’s initial manifestation of 21st-century culture! As such, is a chemical “smiley face,” whether synthetic or botanical, an ethical response? We don’t suppress the inflammatory response simply because it occurs, so why suppress the emotions that accompany depression?
Advertisement

Depression can represent an opportunity for self-exploration for the patient, and many lessons maybe learned. Of course, this will entail a great challenge for both the patient and the practitioner. Depression is defined by a standard set of symptoms described in the American Psychiatric Association’s Diagnostic and Statistical Manual of Mental Disorders (DSM):

Not all these characteristics will occur in everyone who becomes depressed. For determinations of psychiatric treatment, a person is considered to have experienced a foremost depressive episode. If he or she shows a loss of interest or pleasure in all or almost all normal activities. That shows at least four of the above symptoms almost every day for a period of at least two weeks.

The term depression is frequently modified by words that simply either some precise factor or some the chemical mechanism as the cause of the state. For example, depression that is considered a reaction to some loss of or separation from a valued person or thing is called reactive or exogenous depression.

In contrast, the usually, a more severe form of depression without apparent cause is called endogenous depression. Melancholia, a term once used to designate all depressive states is now applied only to these most difficult forms of depression. Hence Herbal Treatment of Depression is a way to make your life better.

In terms of the herbal component of treatment protocols for depression, the nervous system must be the focus for toning. But associated symptoms may be a clue that more deep-seated issues have begun to manifest. Attention to the liver and the digestive system, in general, is usually a good idea.

As far as this concerned, there are no clear-cut specifics for depression. Hypericum perforatum. It has a long tradition of use in Europe, and while it sometimes achieves remarkable results, it also sometimes does nothing. This herb requires time to work, and so must be taken for at least a month.

Of numerous clinical trials performed to investigate the antidepressant effects of St. John’s wort extract, a double-blind clinical trial conducted in 1993 concluded that 67% of patients experienced a positive improvement after four weeks of therapy. The study involved 105 outpatients with depressions of short duration who received either 300 mg of St. John’s wort extract three times a day or placebo three times a day.

A Prescription for Moderate Depression

Dosage: up to 5 ml of tincture three times a day for at least 1-month.

Actions Supplied by Prescription for Depression

The whole gamut of issues touched upon from green salads to relaxation, spinal adjustments to changing the music one listens to—the list of factors to consider is endless. Exercise is especially important. 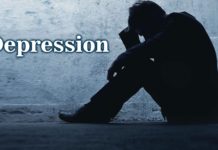 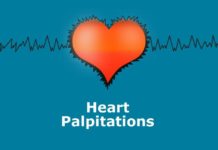 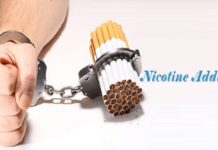 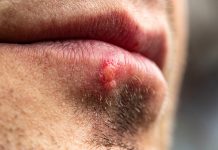 What are ingrown hairs? 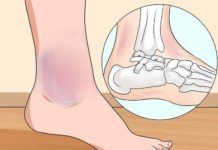 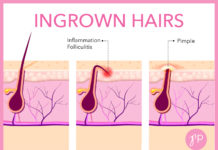