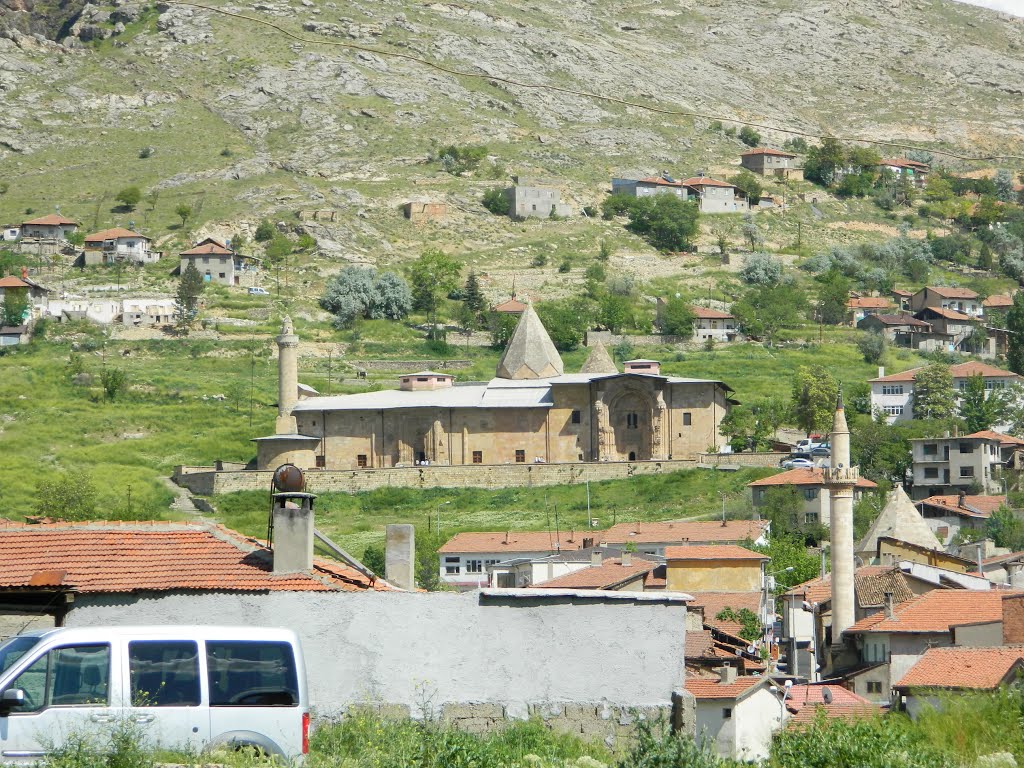 This Anatolia region was conquered by the Turks at the start of the 11th century, and then in 1228–29 Emir Ahmet Shah founded a mosque, with its adjoining hospital, at Divrigi. The mosque has a single prayer room and is crowned by two cupolas. The Great Mosque and Hospital of Divriği is a remarkable building combining a monumental hypostyle mosque with a two storey hospital, which includes a tomb, located on the slopes below the castle of Divriği, Sivas Province in central eastern Turkey.

The Mosque and Hospital is an ornately decorated mosque and hospital complex built in 1228-1229 by the local dynasty of the “Mengujekids” in the small eastern Anatolian town of Divriği, now in Sivas Province in Turkey. The mosque (Masjid) and hospital adjoins in building complex, which shares qibla wall. The main entrance to the mosque is marked by a tall portal which is celebrated for the quality and density of its high-relief stone carving. The other entrance side had collapsed and was rebuilt at later stage. Therefore, third entrances of the mosque have served a royal entrance reserved for the ruler and his entourage. The name of the chief architect is inscribed in the interior of both the mosque and the hospital and has been read as Khurramshāh b. Mughīth al-Khilātī.

The Great Mosque of Divriği is the most splendid example of the mosques built during the Seljuk Period mixture of Baroque, Seljuk and Gothic styles, but nevertheless represents a unique and distinct style of their own. Moreover, mosque interior comprises of stone piers actually help in stone vaults. The central bay of the mosque left open for sky and original wooden furnishing survive along its Qibla wall. The mosque window opening to the tomb chamber within the hospital and its wooden minar dated back to 1243 and signed by the craftsman Ibrahīm b. Ahmad al-Tiflīsī. Even some carved wooden panels to belong to the royal platform are today on view in the museum of the Directorate of Pious Endowments in Ankara. The Great Mosque and Hospital remain intact retaining the key attributes carrying outstanding universal value, setting the complex is vulnerable to the impact of surrounding development.

The superb carvings and architecture of both structures place them amongst the most significant works of architecture in Anatolia and led to their inclusion on UNESCO’s World Heritage List in 1985. The hospital portal located on the western façade, different in design from the north portal of the mosque and framed by a monumental pointed arch and features a window in the center. The inscription on the portal of the hospital describes the building as a dār al-shifā’ “house of healing” and ascribes its foundation to Tūrān Malik bint. The stone carving is the same quality as the main mosque portal but is less dense and appears, in certain places, to be unfinished. The hospital interior comprises of rooms and iwans. The hospital has a second story on its southern side which is reached by a staircase just inside the entrance. One of the rooms of the hospital was dedicated to serve as a dynastic tomb chamber. This room has a window opening to the mosque. 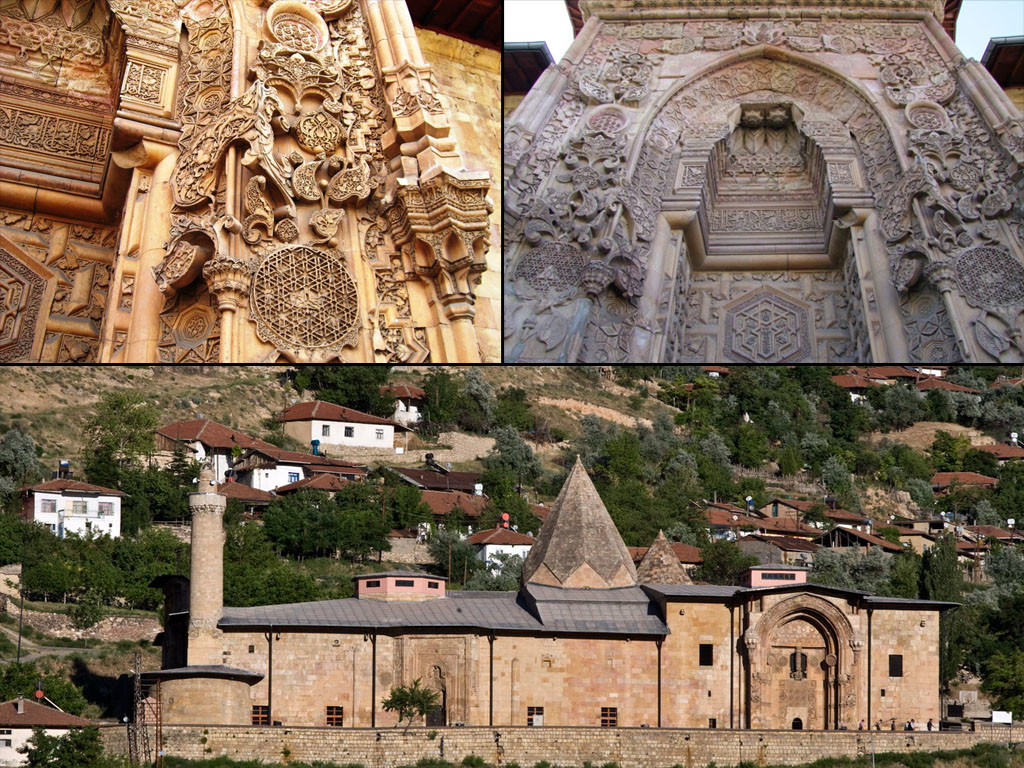 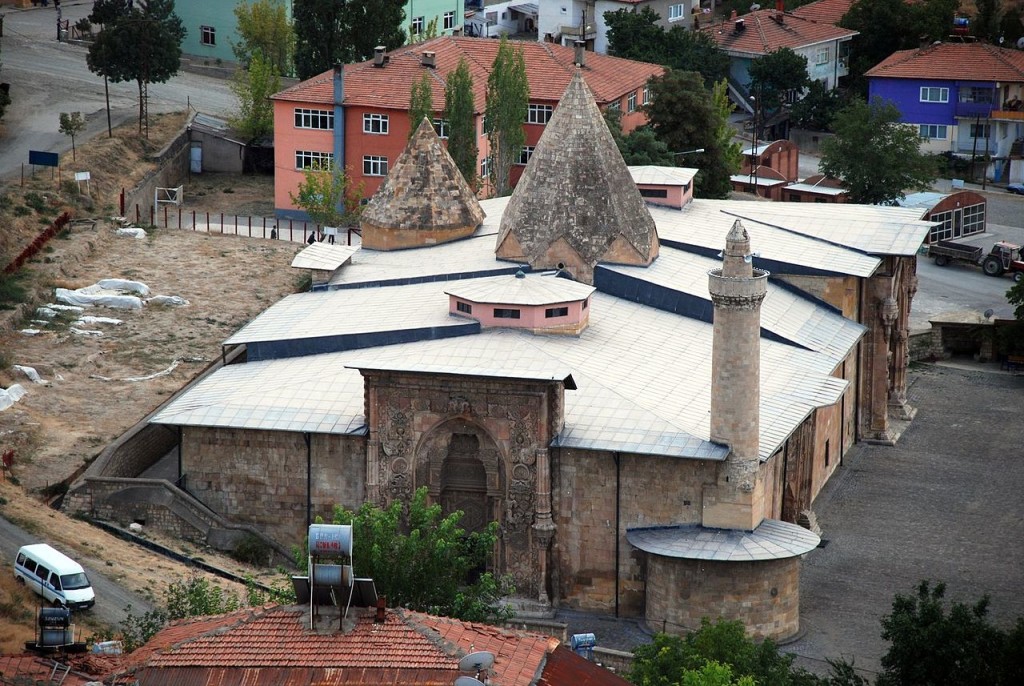 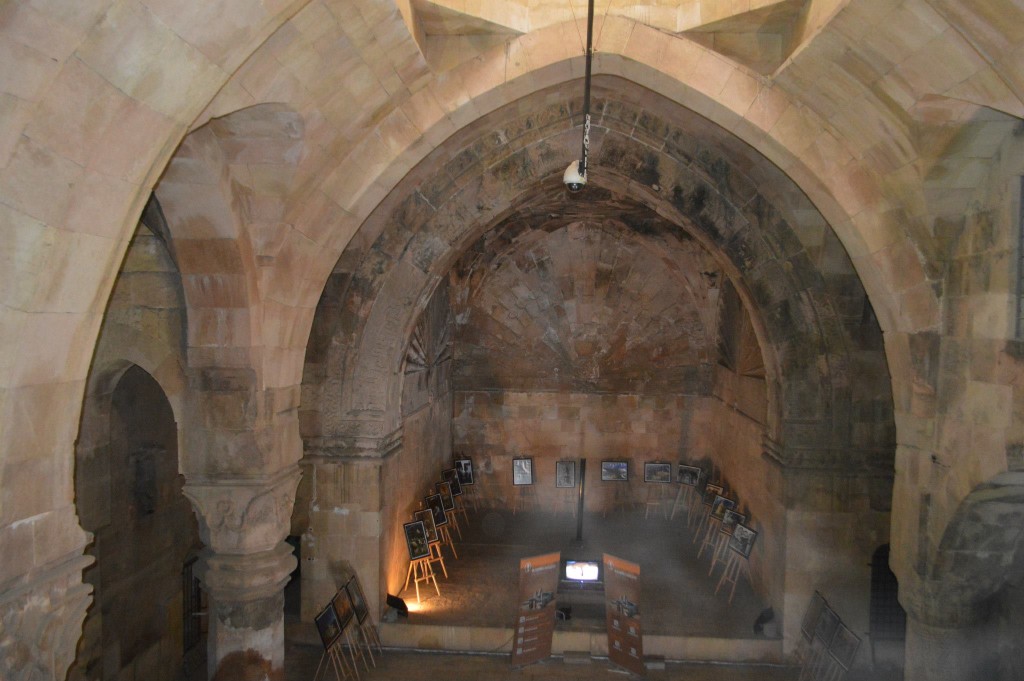