Nothing sums up Albania’s bizarre 20th-century history was more than its famous bunkers. When you will be arrived at the country’s only airport, these remnants of Communist-era paranoia was everywhere, dotting the landscape like naturally occurring life form. Their domed concrete roofs and narrow eye slits crouched suggestively on either side of the road to Tirana, ready for an invasion that never came.

Getting to see one up close would prove far trickier than you would be thought. During Albania’s difficult times the bunkers had been re-purposed in various ways – as makeshift toilets, winter stables for goats, and as secluded spots favored by unmarried couples. Some were even inhabited during Albania’s darkest days.

On top of that, the bunkers weren’t built-in towns but in remote, hillside locations, and so you won’t get close to one on that. It is extremely fascinating to see how many had disappeared. They were no longer ubiquitous and, while not rare, were not the semi-geological feature they had been.

Those that had survived were generally in terrible condition: roofs collapsed, covered in graffiti and long forgotten. Some perfect bunker inside is amazing to watch. You would be stunned to find it in mint condition, defending a bridge over a wide gorge on a backwater road in southern Albania. With not even a village nearby, this beauty had weathered the storms of Albania’s various political incarnations since the 1970s almost totally untouched.
Advertisement

The slid in through the narrow sniper hole and found the interior pristine, save for evidence of a few birds that had nested there. That was damp inside, a cool refuge from the summer heat, though I didn’t find myself envying the soldier who had been billeted there. Legend has it that Albania’s Communist dictator Enver Hoxha made the order to the designer (Josif Zagali) of the bunker and stand inside the prototype while a tank drove over it.

When the bunker’s roof survived the maneuver intact, the dictator gave the order to cover the entire country in them. They may be becoming rarer and rarer these days. However, they were built in such sheer numbers that they will arguably never be entirely absent from Albania’s rugged hillsides. By the end of 1983, there are approximately 173,371 concrete bunkers had been constructed around the country. These bunkers were made from the 1960s to the 1980s.

These bunkers have even become a symbol in Albania. These have become one of the country’s most popular tourist souvenirs with a promotional message “Greetings to the land of the bunkers”. The construction cost equivalent to two-room apartments or a kilometer of roads. The weaker economy of Albania cannot afford such a heavy cost of bunkers. 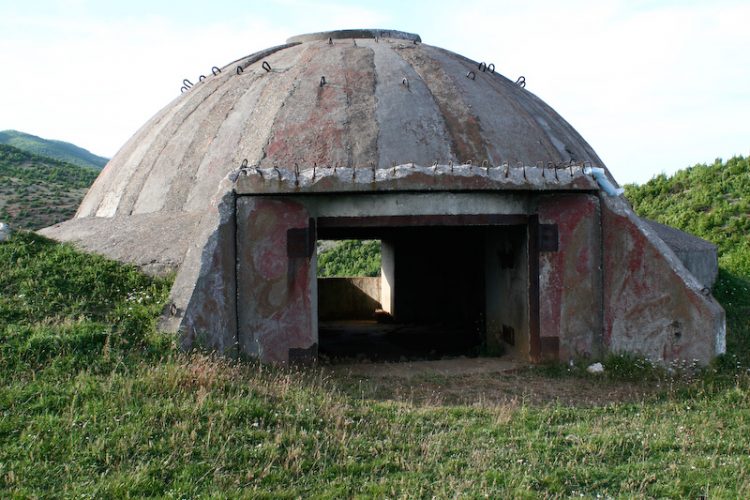 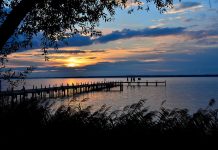