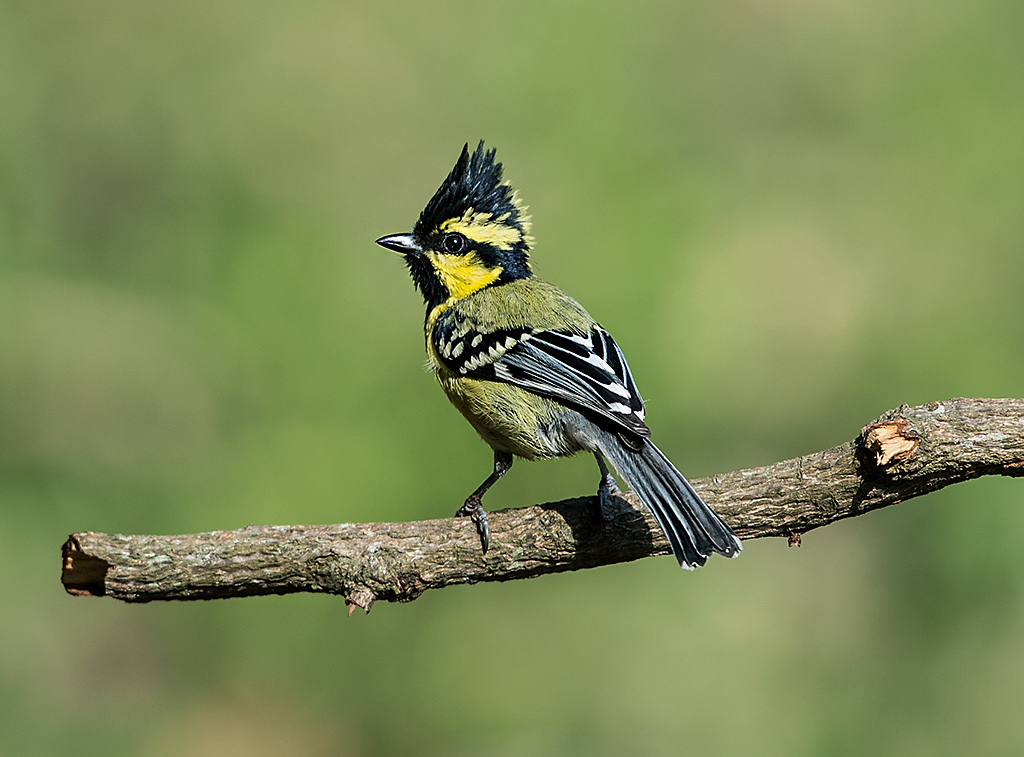 The bird Food includes small invertebrates and larvae to eat fruits, taking insects and spiders from the canopy. The black-lored tit is a common bird in open tropical forests. It is 13cm in large size with a broad black line down its otherwise yellow front.

The bird is an easy tit to recognize in most of India.  Because, the large crest, neck, throat and head are black with yellow cheeks and supercilia. Moreover, the upperparts are olive-green with two white or yellowish wingbars and white outer tail feathers. Yellow Tit may always have been uncommon; the population has been further reduced by felling of broadleaved forests. It is unable to occupy marginal habitats such as edge and scrub, plantations of conifers and bamboo.

However, female birds are bit duller than males. The bird underpart color becomes gradually dull from north to south through this tit’s range. Indian Black-lored Tit like other tits, a vocal bird, and has a large variety of calls, of which the most familiar is a si-si. The song is a sometimes nuthatch-like chi-chi-chi, “tzee-tzee-wheep-wheep. The month of May is mixed-species foraging flocks in non-breeding season. Normally bird breeds in April and their nest on the tall trees.

They are also used nets of woodpecker or barbet holes. This species will also excavate its own hole or use man made sites. Indian Black-lored Tit clutch is typically 3 or 5 white eggs, spotted red. The bird is a close sitter, hissing when disturbed. The bird was previously one of the many species in the genus Parus but was moved to Machlolophus after a molecular phylogenetic analysis published in 2013 showed that the members of the new genus formed a distinct clade. Also Read Steller’s Jay An Aggressive Behavior Bird