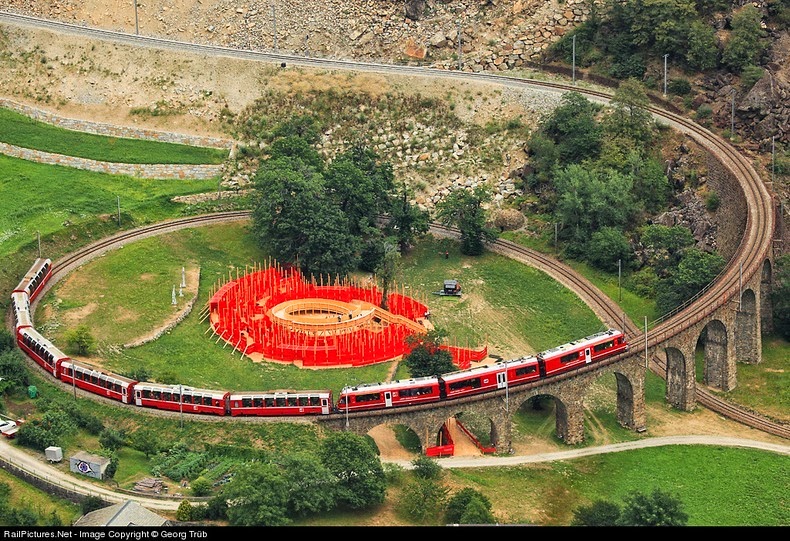 The stone-built viaduct was opened on 1 July 1908, upon the opening of the Tirano–Poschiavo section of the Bernina Railway. In 1943, the entire railway company was taken over by the Rhaetian Railway, which still owns and uses 40 seconds after passing under the viaduct near Brusio, BERNINA EXPRESS 960 Tirano-Davos with Allegra trainset ABe 8/12 3505 “Giovanni Segantini” and 6 panorama coaches is completing the spiral. In the center the temporary labyrinth, an installation for the 100th anniversary of the Bernina line. 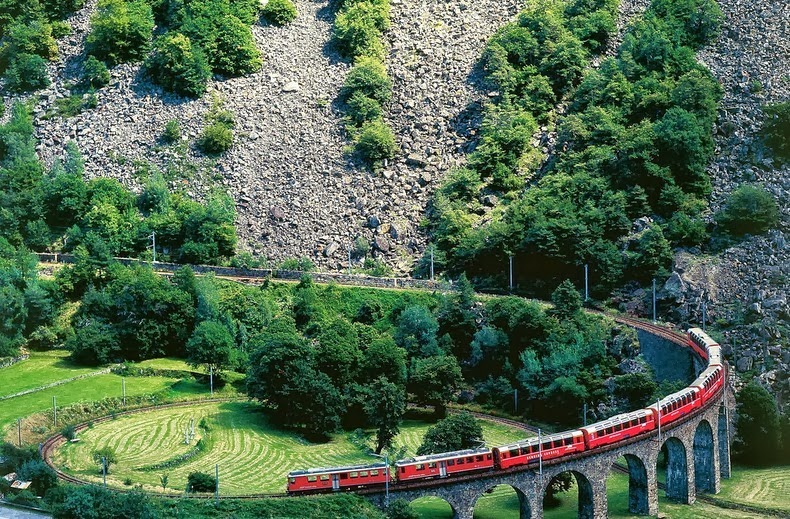 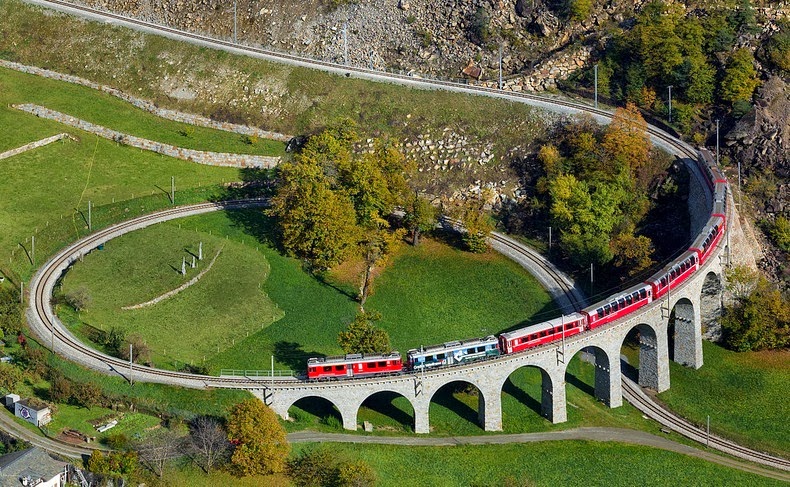 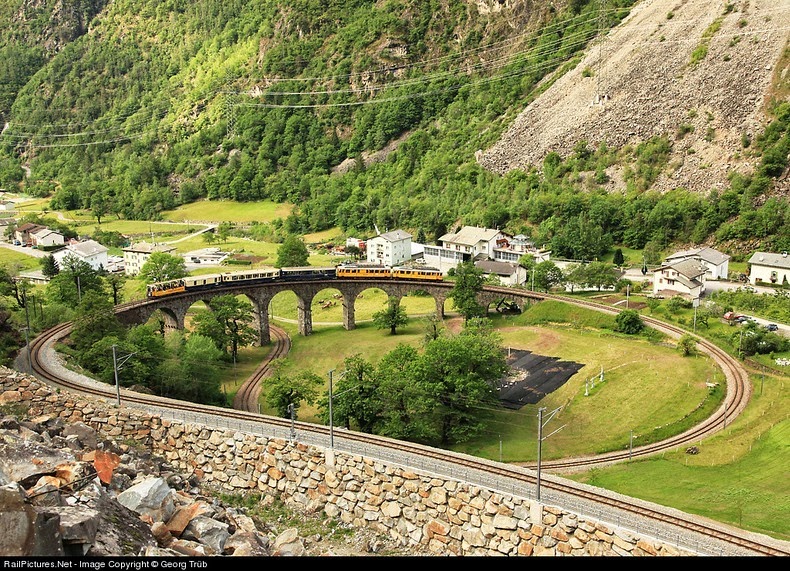 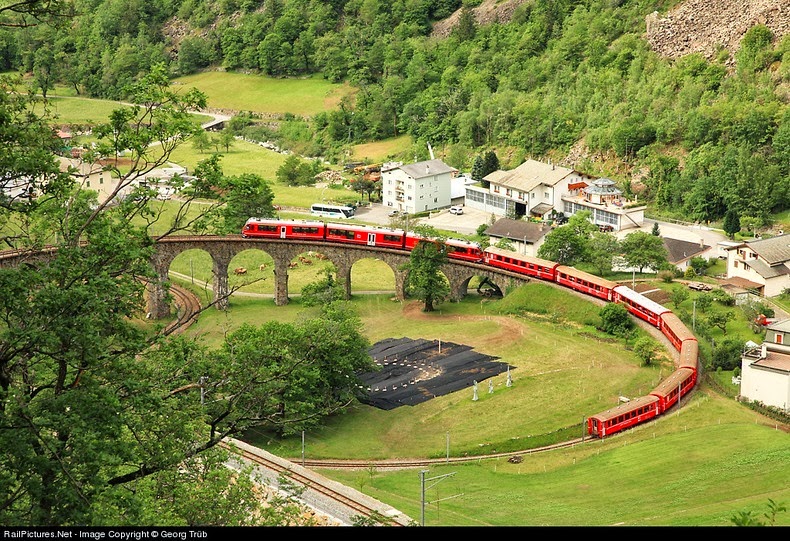 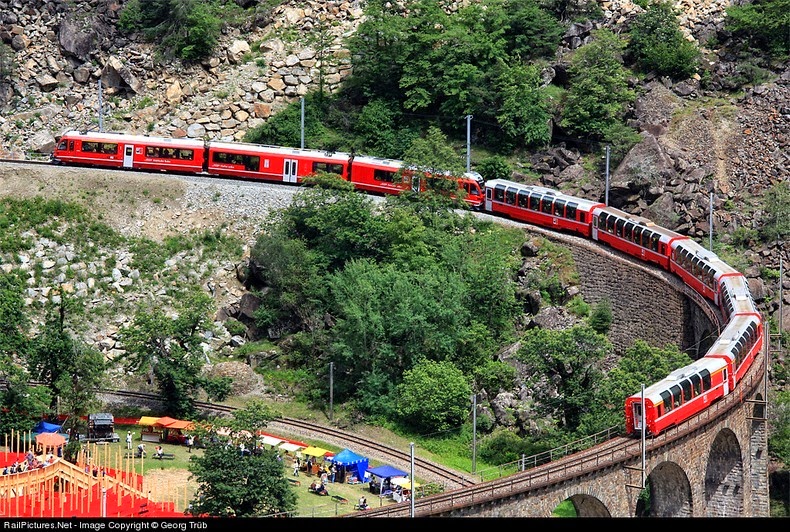 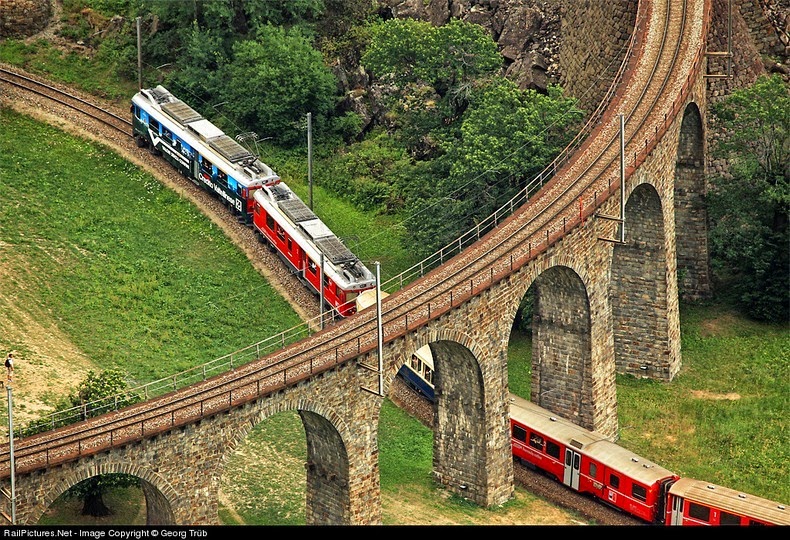 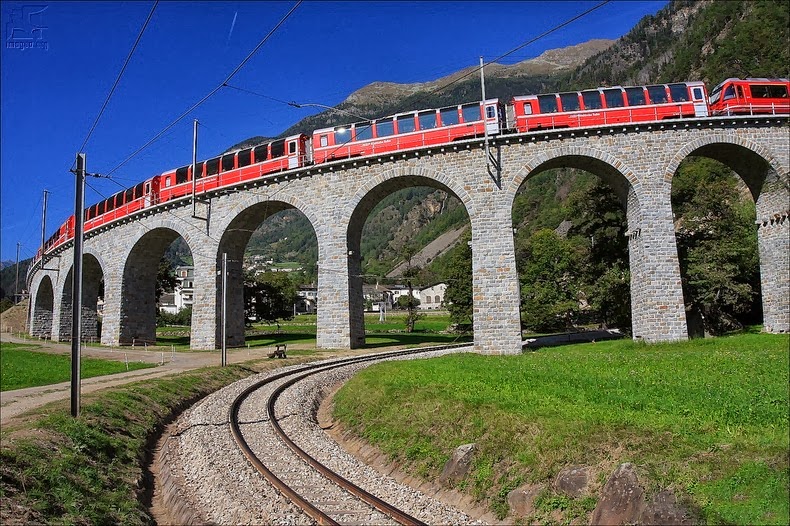 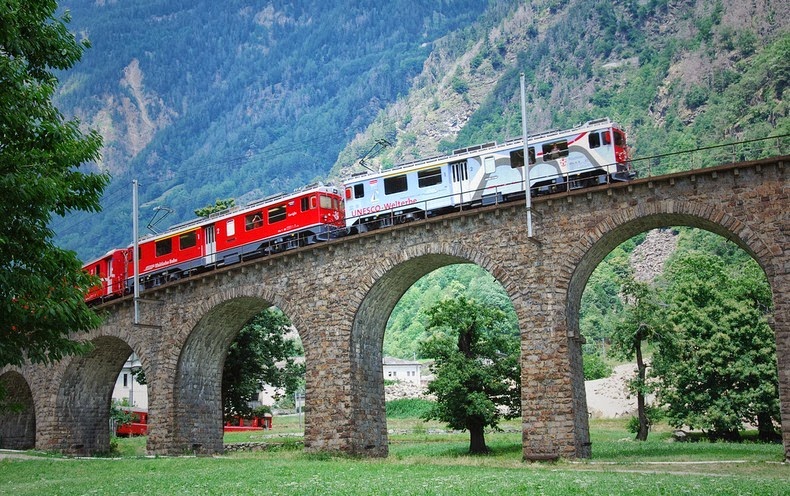 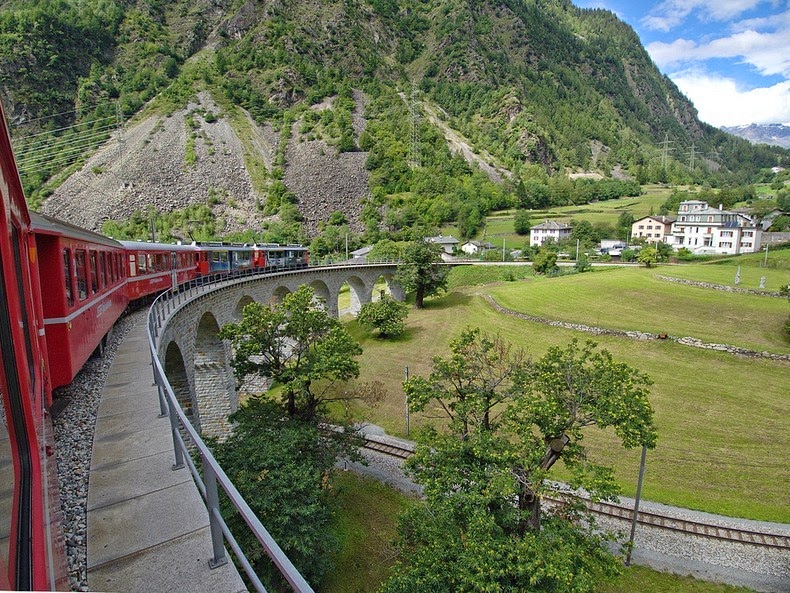 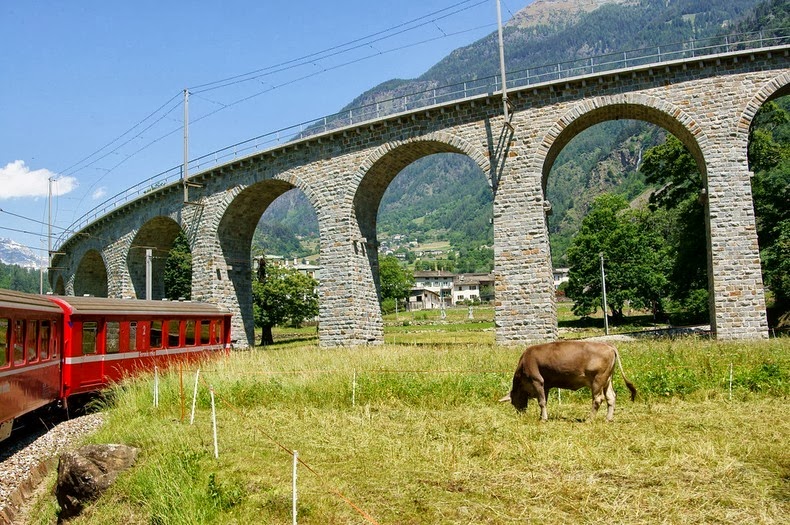