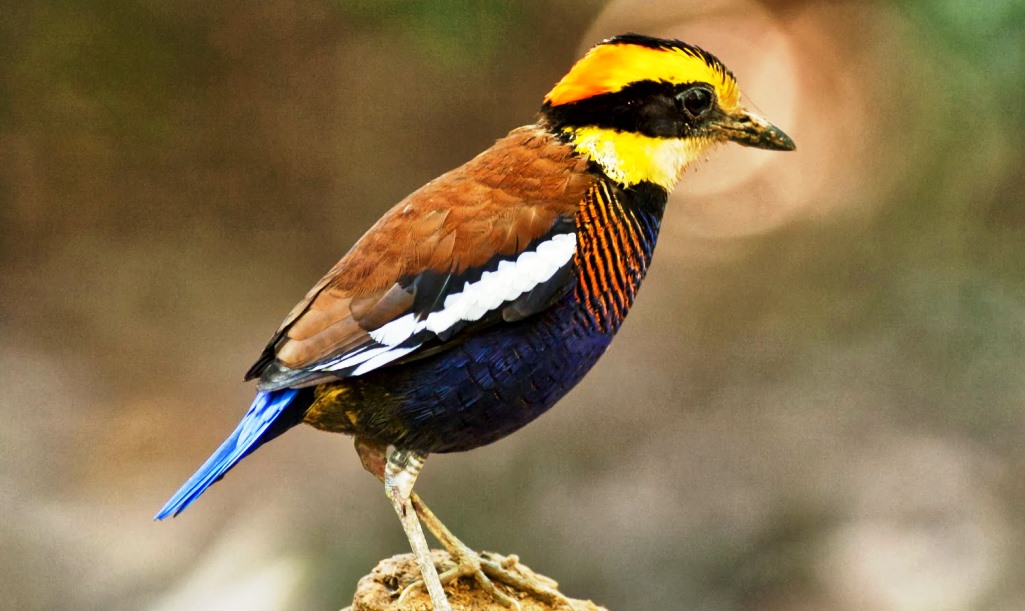 This is one of three separate species of banded pittas that were lumped together as one. Due to there vocal and visual differences, the species were in recent times split. The Malayan banded pitta (Hydrornis irena) is a species of bird in the Pittidae family.

The bird can be found in Thailand, the Malay Peninsula, and Sumatra. It was previously considered conspecific with the Bornean and Javan banded pittas. Together, they were referenced as the banded, but this is recently split species is listed as near threatened on the basis that the constant destruction of its habitats and capture for the illegal bird trade are suspected to be driving a moderately rapid decline in its population. More research is needed into the impact of these threats, the results of which could influence it’s Red List status. 20-23 cm.

Moreover, the gorgeous and amazingly colored Pitta species male has a black crown and broad mask, with wide bright yellow supercilium, becoming flame orange on the nape. The underparts are deep blue, save for orange barring on the breast sides.
Advertisement

Moreover upperparts plain chestnut-brown; rump and tail deep blue. The beautiful wings are blackish-brown with a white spot in the primaries and some white in the outer secondary’s. The median and greater coverts are broadly tipped white. The chin and throat are also white.

However, female birds are similar except for white underparts with fine black barring, and juveniles and immature have bold, pure white spotting on the upper wing coverts. It is called as locally common, though now infrequent in Thailand and decidedly local in Sumatra, though the population size has not been quantified and farther research is required.

The species’ population is suspected to be undergoing a reasonably rapid decline owing primarily to on-going deforestation and hunting for trade. The species inhabits lowland floodplain forest but is also found at higher elevations, maybe up to c.1,500 m. Indeed, it appears to depend on to a large extent on lowland evergreen forest and swamp forest.

It favors the interior of the primary forest but is also found in secondary forest, although observations recommend that it does not persevere well in altered habitats. It’s diet perhaps comprises invertebrates and berries, which it forages for on the ground and in understory vegetation. Breeding probably takes place throughout the year.

In spite of some apparent tolerance of habitat alteration, it is threatened by forest loss and degradation, apparently driven by timber extraction and agricultural expansion, as well as capture for the illegal bird trade either through trapping or nest-raiding.

The bird is now considered rare in Thailand, where the majority lowland forest has been logged. Moreover, the same situation is existing in Malaysia, where the bird has been almost disappeared from Panti Forest Reserve since 1994.

The species come about in a number of protected areas across its an outsized range, including Khao Nor Chuchi Wildlife Sanctuary (Thailand), Taman Negara National Park (Malaysia) and Way Kambas National Park (Sumatra). No other targeted conservation actions are recognized for this species. 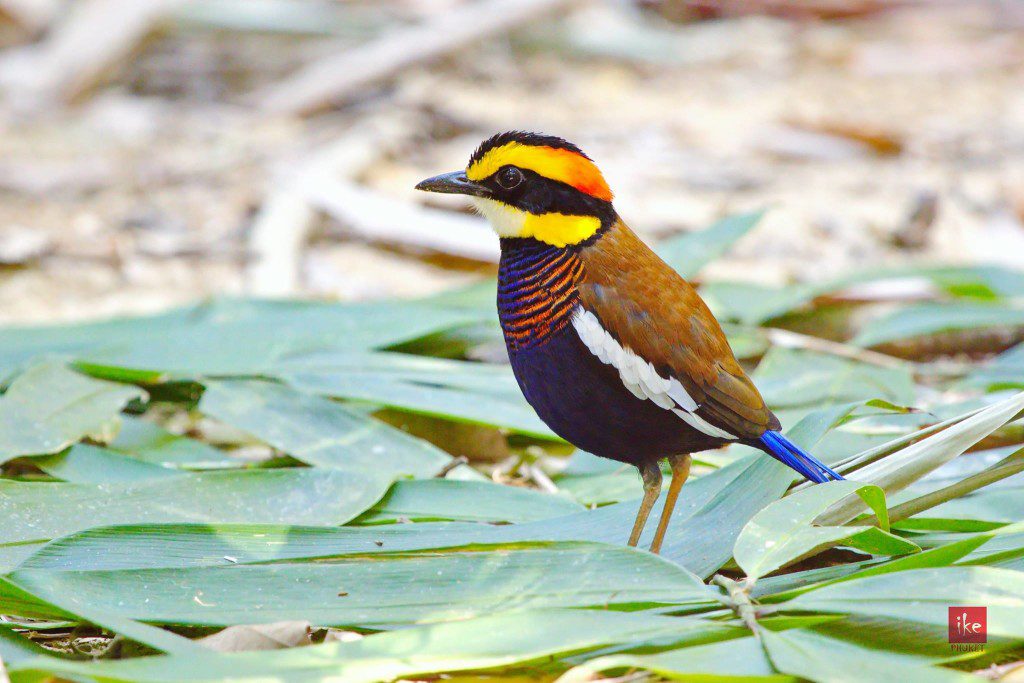 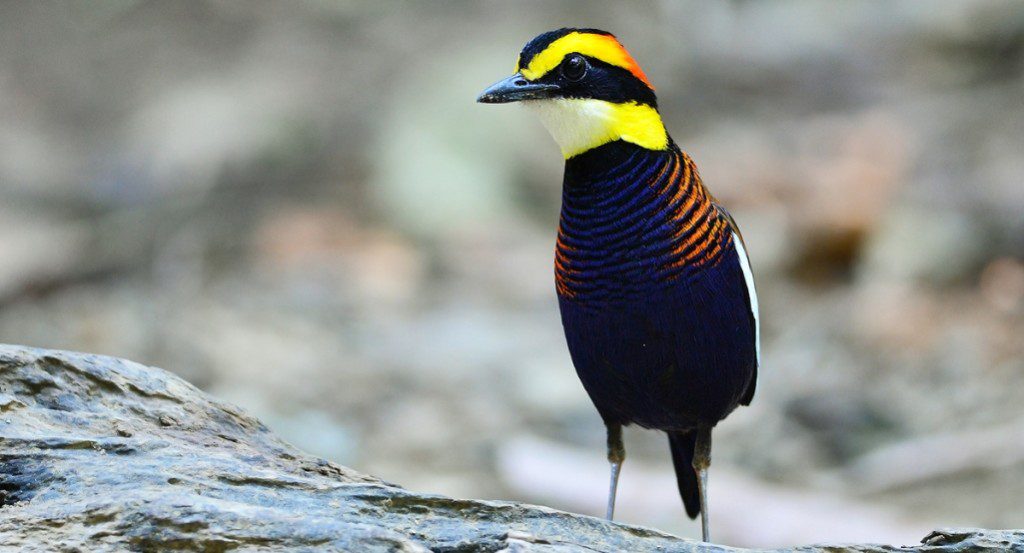 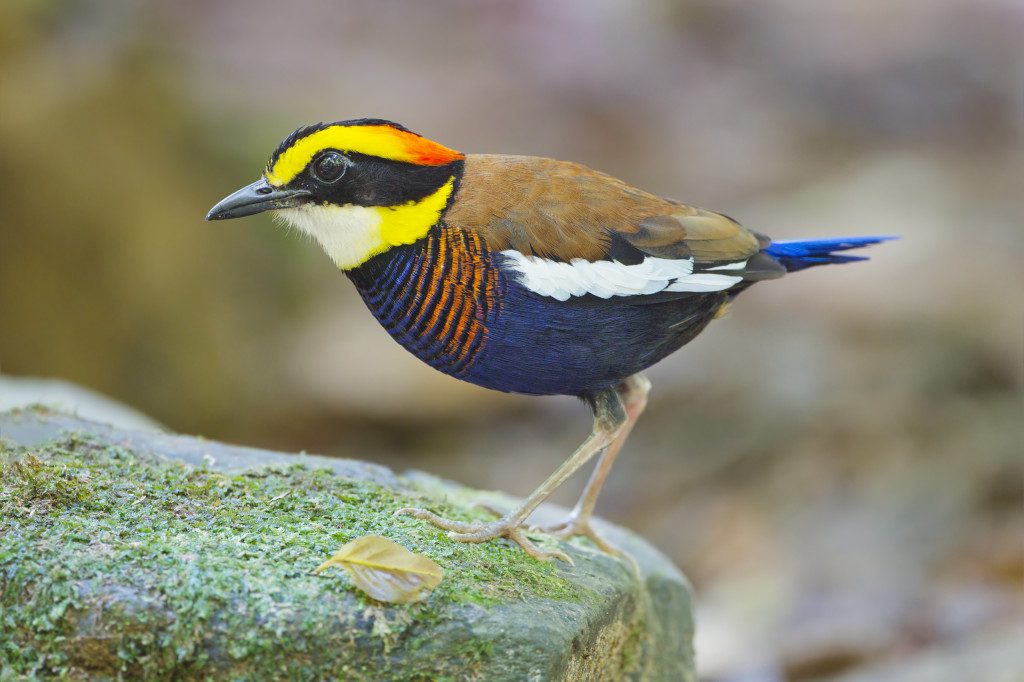 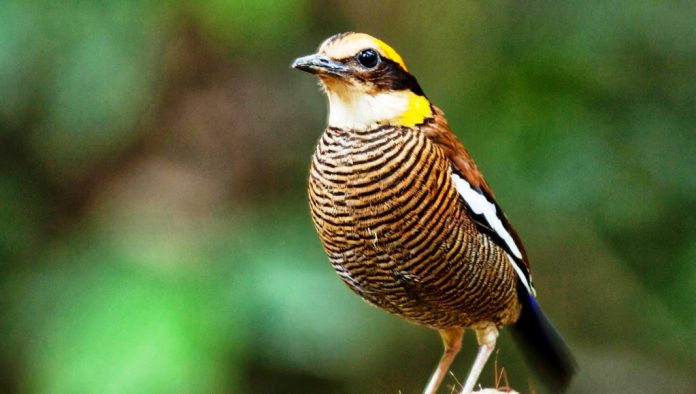 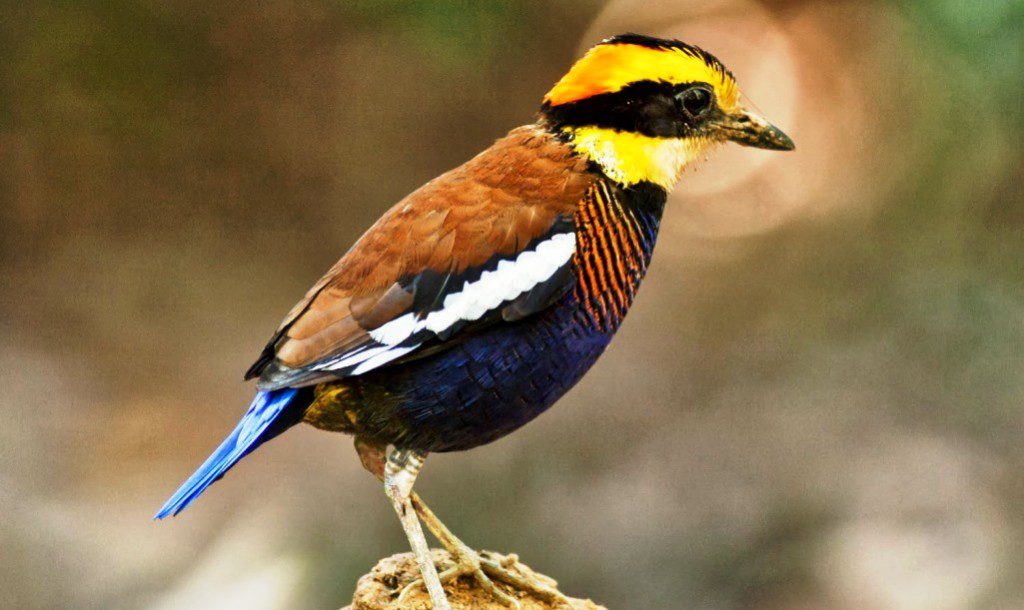 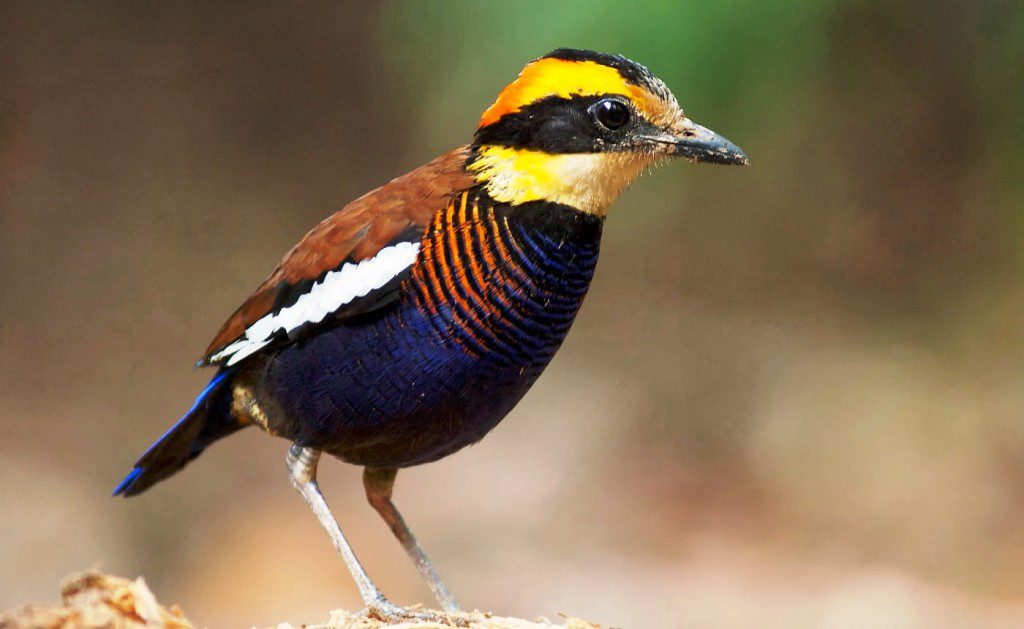 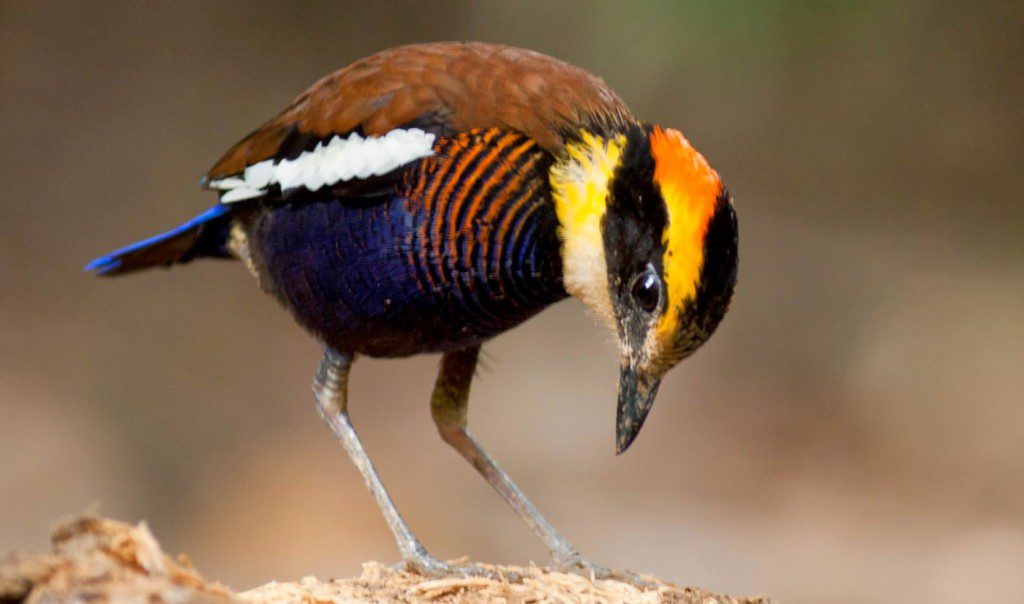 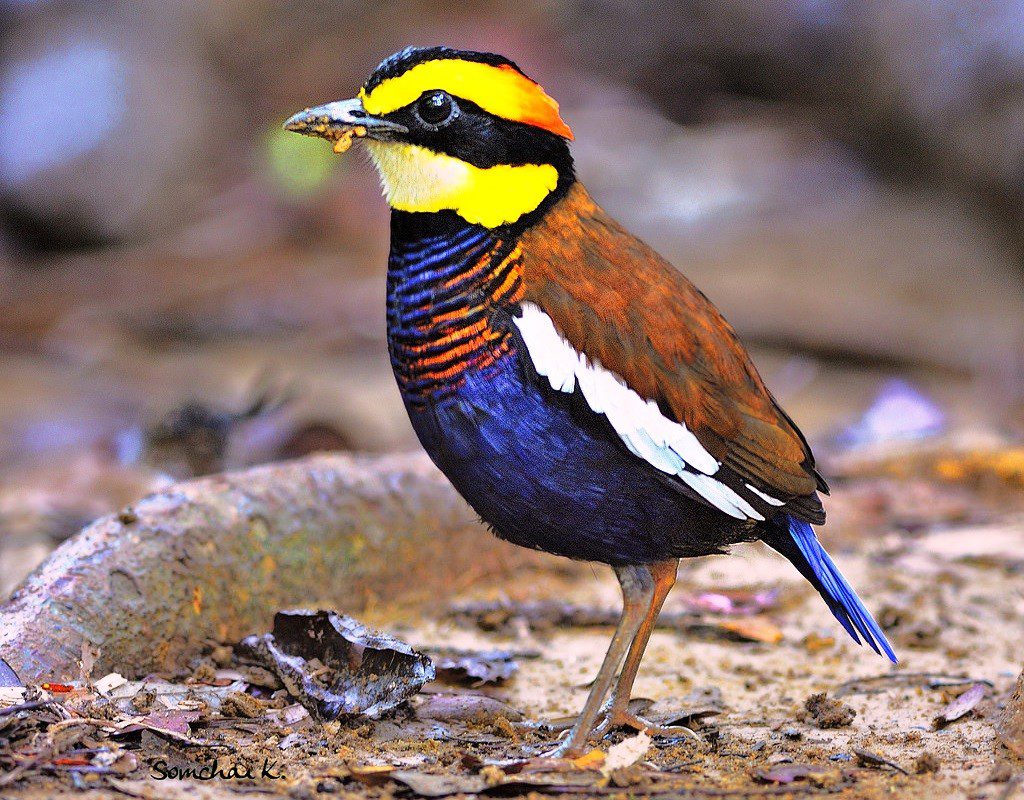 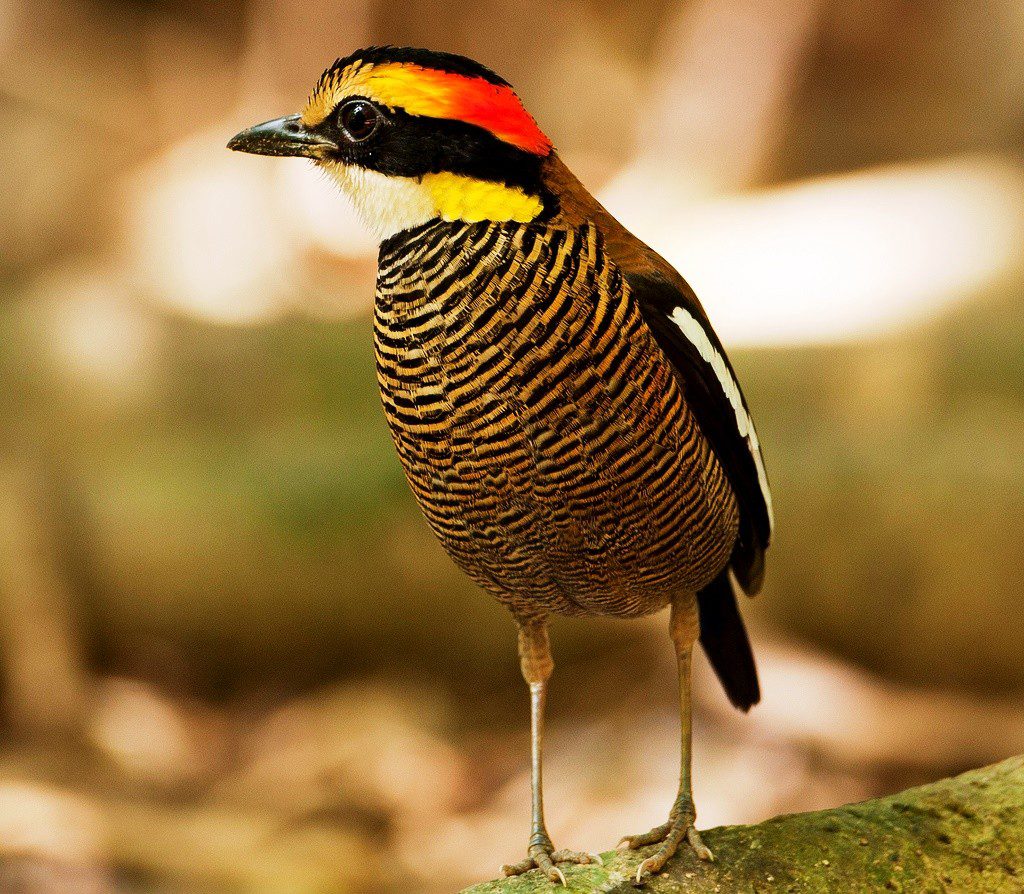 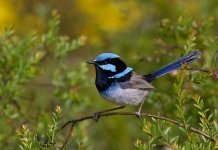 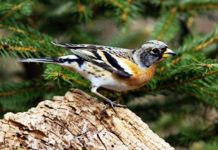 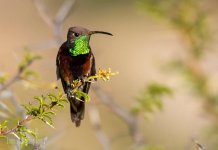 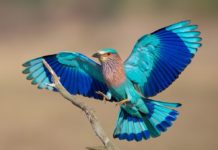 Lilac Breasted Roller – Most Beautiful Bird in The World