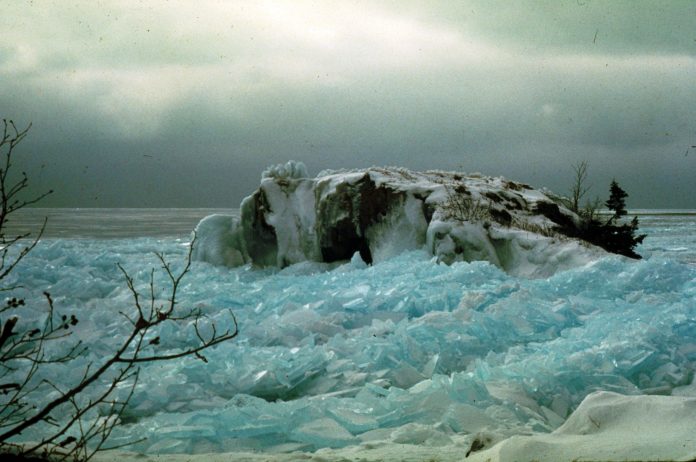 Lake Superior in terms of surface area is largest freshwater lake in the world & third largest freshwater lake by volume in North America. It is considered Great Lakes of North America, which is bounded by Ontario and Minnesota to the North and West and Wisconsin and Michigan to the South. The frozen Lake Superior hasn’t completely frozen over in two decades, and it is predicted that lake will soon be totally covered with ice, especially record breaking cold winter.

The beautiful Lake Superior empties into Lake Huron via the St. Marys River and the Soo Locks. Lake Superior shoreline stretches to 4387 Kilometers including islands. Lake Superior ice thickness varies immensely from a very thin sheet in specific areas near the coast to several feet thick in other spots. On the shoreline of Ontario, you can found world’s oldest rocks, about 2.7 billion years of age. On 30 July 1985, an American limnologist J. Val Klump was the first person to reach the lowest depth of Lake Superior. The temperature of Lake Superior surface varies seasonally, which makes the lakes seasonally stratigraphic.

The lovely migrating birds of prey funnel down Lake Superior’s north shore in countless numbers each fall, it is estimated on a single day at Duluth’s Hawk Ridge as many as 100,000 birds of prey might pass by. Lake Superior normally warming up in June, and start to cold in the end of August. In that time tourist can enjoy the beauty of this wonderful lake. The record breaking ice on the lake to the extraordinary cold winter recently experienced an all-time record of 23 straight days of below zero temperatures. Lake Superior water level fluctuates from month to month with the highest lake levels in October and November & lowest level in March and April. It is believed that the first people came to the Lake Superior region 10,000 years ago after the retreat of the glaciers in the last Ice Age.

Lake Superior has been an important connection with Great Lakes Waterway, offering a transportation route for several commodities such as iron, grain, other mined and manufactured material. Large vessel transports these commodities across lake Superior. More than 80 different species of fish have been found in Lake Superior, like Brook trout, round whitefish, walleye, Banded killifish, Yellow perch, Cisco, Burbot, Pumpkinseed, etc. In the summer season, the sun sets more than 35 minutes later on the western shore of Lake Superior than at its southeastern edge. 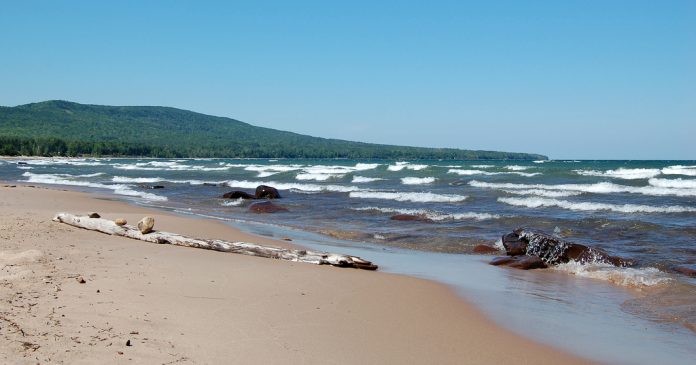