Mount Mayon, also known as the Mayon Volcano, is an active stratovolcano with a small central summit crater on the island of Luzon in the island of Luzon in Philippines. The Philippines, which has a population of 103,775,002, became an independent state in 1946, after gaining its sovereignty from Spain. The Mount Mayon is renowned for its almost symmetric conical shape. Mayon is considered to have the world’s most perfectly formed cone due to its symmetry. It was formed through layers of pyroclastic and lava flows from past eruptions and erosion. Mayon is a part of the Pacific Ring of Fire.

Mayon, in north-eastern Albay province, is the most active volcano in the Philippines having erupted about 50 times in the last 500 years. The distinctiveness of Mayon volcano is geographically shared by the eight cities and municipalities which meet at the cone’s summit, dividing the cone like slices of a pie when viewed from above. There are many festivals and rituals are associated with the volcano and its landscape. The most destructive eruption of Mayon occurred on in Feb 1, 1814.  Lava was flowed belched dark ash 30ft in depth and eventually bombarded the town of Cagsawa 1200 locals perished with tephra that buried it.

Trees burned, and rivers damaged and proximate areas were devastated by the eruption. Moreover, another massive eruption recorded in 1881. Everyone had to leave their homes, rice, vegetables and poultry farms within the danger zone. When Mayon underwent a strong volcano had poured out, for five months continuously, a stream of lava on the Legaspi side from the very summit. The viscid mass bubbled quietly but grandly, and overran the border of the crater, descending several hundred feet in a glowing wave, like red-hot iron. An eruption in 1993 caused 79 deaths. And subsequent eruptions in 2000, 2006, 2009, 2014, and 2018 forced tens of thousands of people in nearby villages to evacuate.

The Mayon Volcano is located on the convergent boundary where the Philippine Sea Plate is driven under the Philippine Mobile Belt. The lighter continental plate floats over top of the oceanic plate. It is forcing it down into the Earth’s mantle, and allowing magma to well up from the Earth’s interior. The magma exits through weaknesses in the continental crust, one of which is Mount Mayon. The locals refers the volcano being named after the great princess-heroine Daragang Magayon

The active volcano has managed to retain its perfect cone shape without suffering any major slides or collapse. The volcano is the centerpiece of the Albay Biosphere Reserve, declared by UNESCO in 2016. The main landmark is rising 2462 meters above the Albay Gulf.  It has very steep upper slopes averaging 35 to 40 degrees capped by a small summit crater. Due to its perfect symmetric cone, the mountain was declared a national park and a protected landscape on July 20, 1938.

It was also reclassified a Natural Park and renamed as the Mayon Volcano Natural Park in 2000. Mount Mayon is the most active volcano in the Philippines. Hence its activity is regularly monitored by PHIVOLCS from their provincial headquarters on Ligñon Hill, about 12KM SSE from the summit.

Three telemetric units are installed on Mayon’s slopes, which relay information to the seven seismometers in different locations around the volcano and back to the Ligñon Hill observatory and the PHIVOLCS central headquarters. Despite of all facts, Mount Mayon is a popular destination for climbers and tourists. 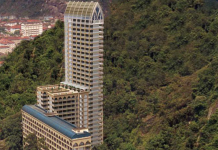 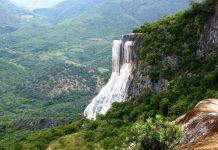