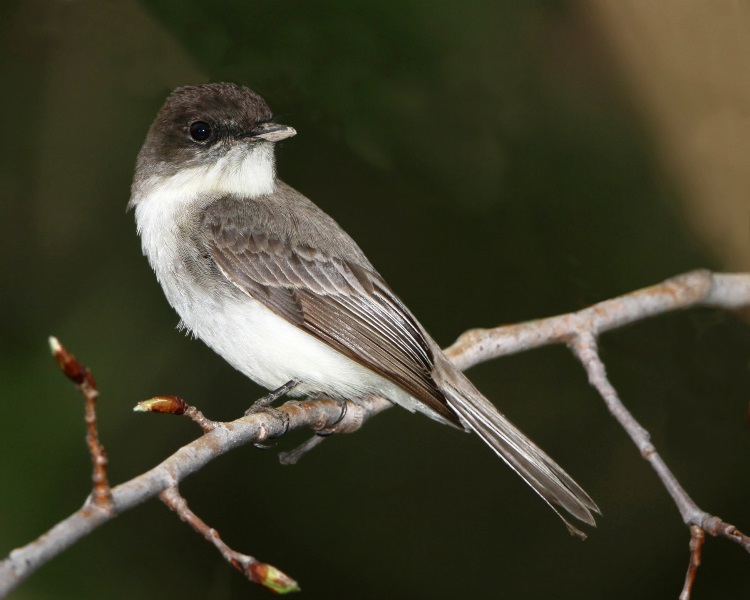 The Eastern Phoebe is also called Sayornis phoebe is a tiny passerine bird. This tyrant flycatcher breeds in eastern North America, though it’s usual range does not include the southeastern coastal USA. This bird is migratory in winter in the Southernmost USA and Central America. It is a very infrequent nomadic to western Europe.

The first bird to return to the breeding grounds in the spring season, and probably the last to leave in the fall season. Normally bird is reaching in mid-late March for breeding, and return to winter around the same time. The birds breeding habitat is open farmland, woodland, and suburbs, probably close to water.
Advertisement

This eastern phoebe is insectivorous and often perches noticeably when seeking food items. The bird eats fruits and berries in cooler weather. This bird is unusually big-headed, particularly if it puffs up the small crest, and its plumage is gray-brown above. It has a white throat, dirty gray breast and buffish underparts which become whiter during the breeding season. Two indistinct buff bars are present on each wing.

It’s lack of an eye ring and wing bars, and it’s all dark bill differentiate it from other North American tyrant flycatchers, and it pumps it’s tail up and down similar other phoebes when perching on a branch. The Eastern Phoebe’s call is a sharp chip, and the song, from which it gets its name, is fee-bee.

It regularly nests on human structures such as buildings and bridges. The bird starts nesting activity starts in the first week of April. The Phoebe nest is an open cup with a mud base and lined with moss and grass, fabricated in a crevice in a rock or man-made site; 2–6 eggs are laid. Both parents feed the young and regularly increase two broods per year. The Eastern Phoebe is sporadically hosted to the nest-parasitic Brown-headed Cowbird. 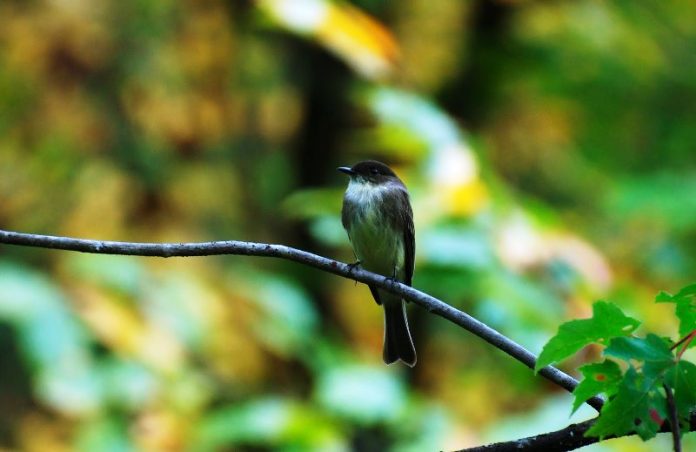 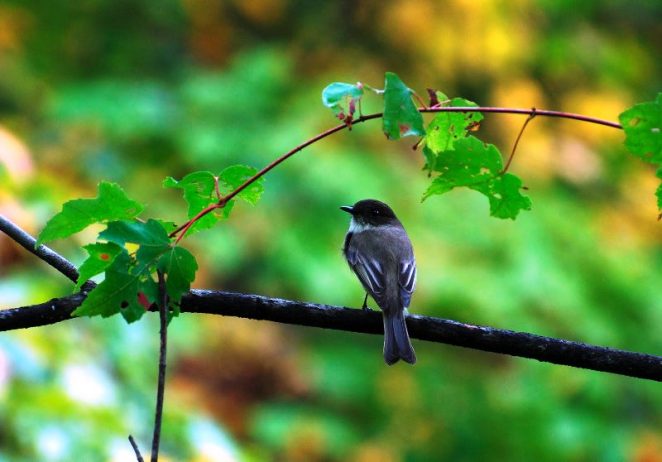 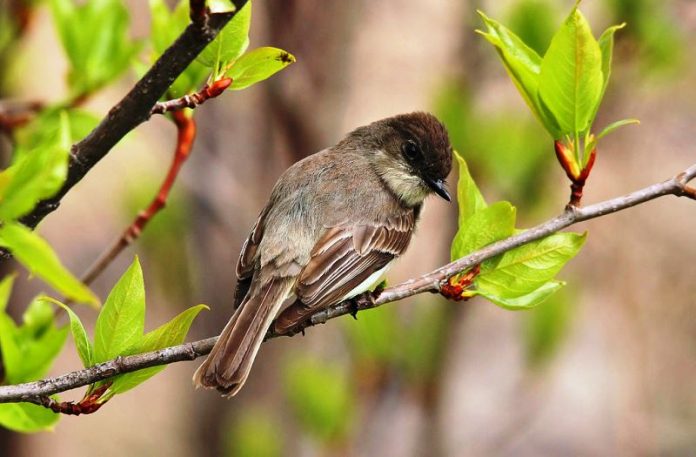 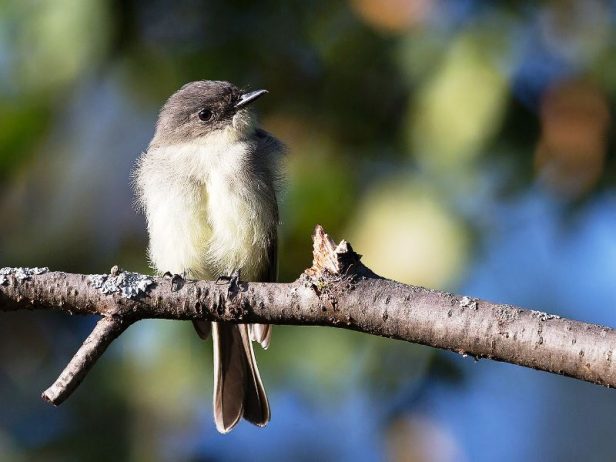 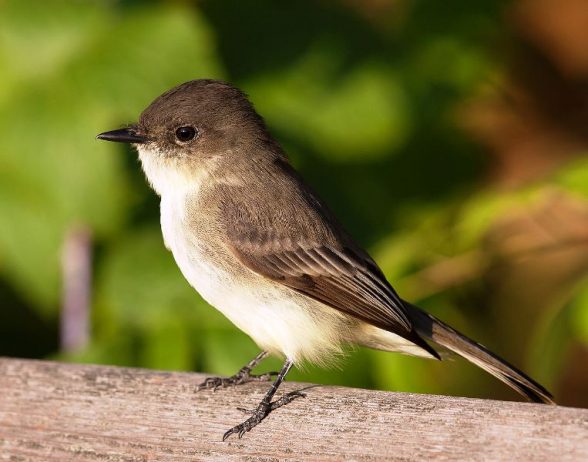 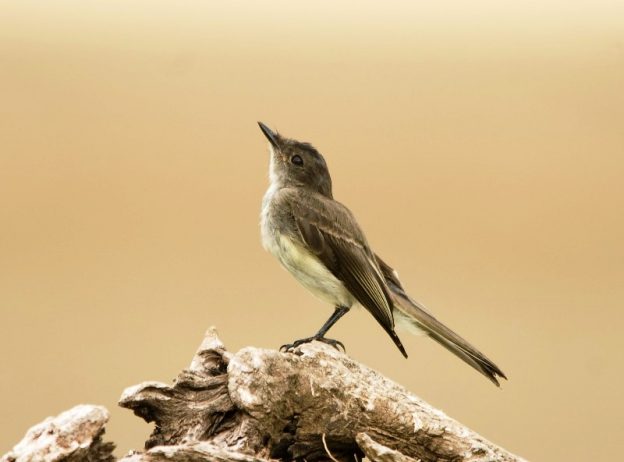 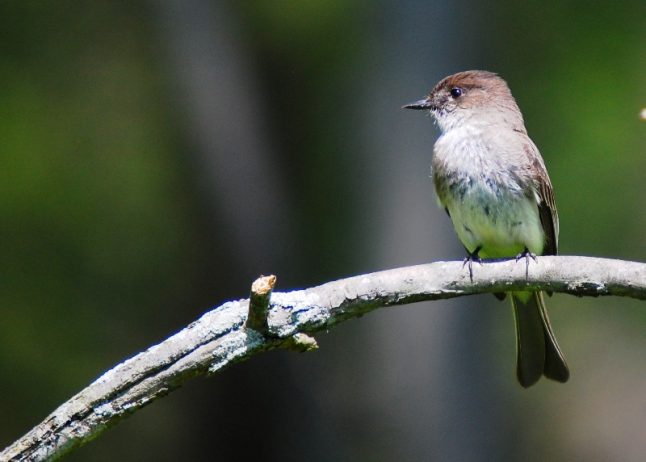 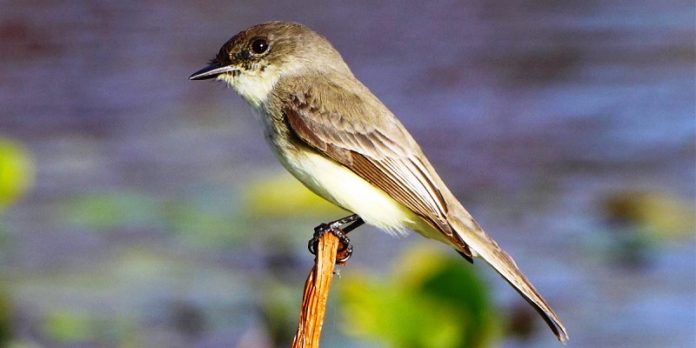 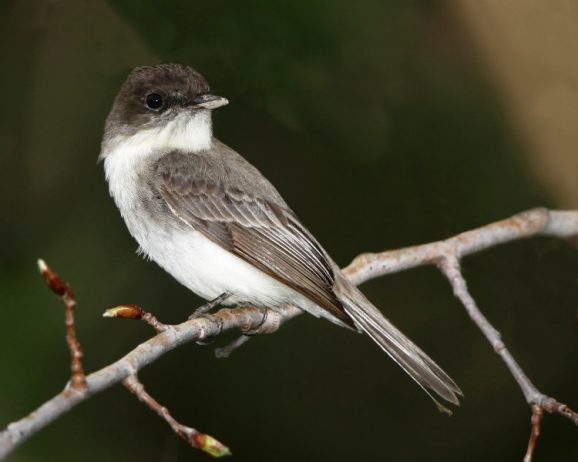 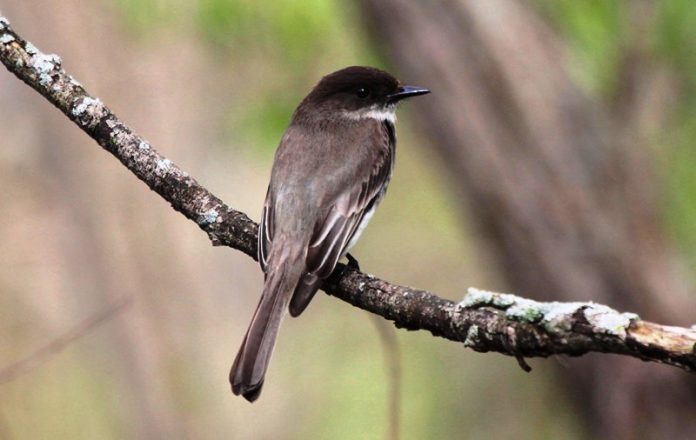 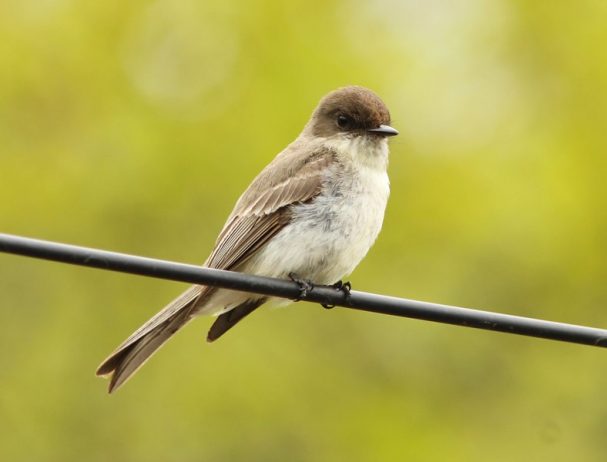