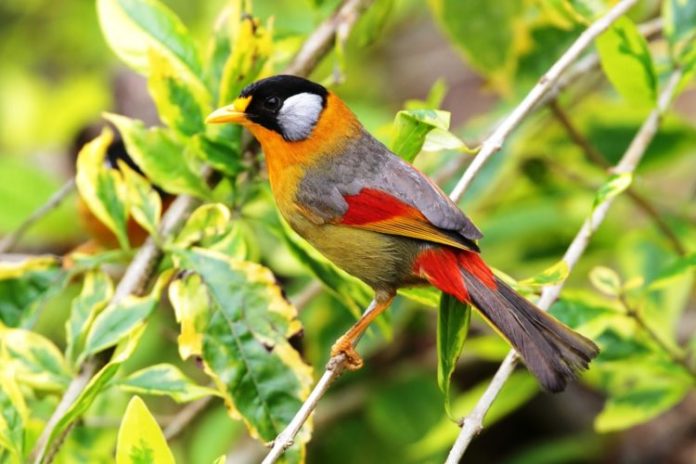 The Silver-eared Mesia (Leiothrix argentauris) was once placed in the large Old World babbler family Timaliidae. This family has been split with this species being placed with the laughing thrushes in the new family Leiothrichidae. There’re 7 described subspecies, with considerable variation in plumage between them.

Hence, more research is required to establish if this represents a single species or not. Though, this species is sometimes placed in its own genus Mesia, or in the genus Leiothrix with the red-billed leiothrix. The bird is usually resident although it has been reported as a winter migrant to Nameri National Park in Assam, India, which implies that the species may be an altitudinal migrant.

The species has been introduced to Hong Kong from captive stock derived from caged birds. The bird’s upper part has a multicolor, but dull olive back wings in red and Silver. There are a blackhead and a large silver patch on the ear. The under part is yellow. Moreover, the throat and the patch behind the head are orange-yellow followed by a grey back ending in bright orange-red before the tail.

The prominent colors are orange-yellow flight feathers with a red base. The Silver-eared Mesia is a seasonal breeder, lasting from Nov to Aug. Both males and females participate in building the nest, which takes about 4 days to build, and is placed near ground level or up to 2m up in a bush.

The two to five eggs normally are white with light but rich madder-brown spots. Both parents incubate the eggs, with the female incubating the eggs during the night. In fact, the eggs are incubated for 13 to 14 days and both males and females feed the chicks, which fledge after 12 days, and parental care lasts for a further 22 days after fledging.

Like the residents in all other countries of Western China, Indochina, and Sumatra. The beautiful multicolor Mesia lives in bushes on the forest edge. The Mesia food is an insect but it does wait for definite berries of the undergrowth. Moreover, the bird likes to travel in a group together with bird waves or just by themselves.

Their presence in the area is alerted by the loud call of the male otherwise most times, soft murmuring whispers as long as they are around. In most of the hill stations in Malaysia, you need not search or wait long; the bird will make its appearance.

Therefore, in a certain season, the birds are more readily available in large numbers. However, at other times, the frequency of meeting up is farther apart and also fewer birds were seen. So far Silver-eared mesia in large numbers in the wild and plenty of it, let’s enjoy watching the birds in freedom. In Malaysia, you need not search or wait long; the bird will make its appearance. 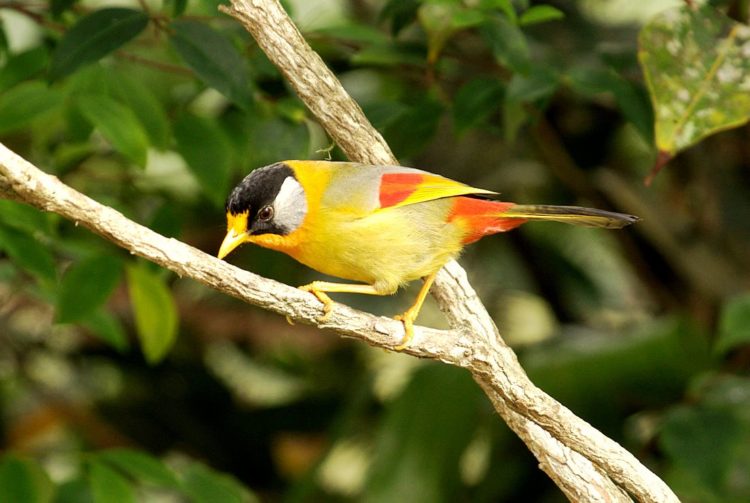