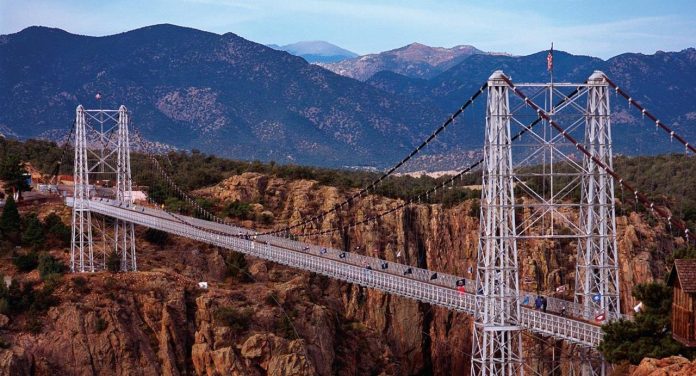 The bridge deck crosses the Royal Gorge 955 feet above the Arkansas River, with a width of 40-50 feet at its base, a few hundred feet at its top, and a depth of 1,200 feet in places, the 10-mile-long canyon is a narrow, steep gorge through the granite of Fremont Peak. The bridge held the record of the highest bridge in the world from 1929 until 2001.

The bridge was measured from deck to the river below. In 2003 the record goes to the Liuguanghe Bridge in China, as its height of 1,201 feet; though, the Royal Gorge is still the highest bridge in the United States. It
Advertisement
will be a suspension bridge with a main span of 938 feet. The bridge is 1,260 feet long and 18 feet wide, with a wooden walkway with 1292 planks. The bridge is suspended from towers that are 150 feet high. It was formerly among the 10 highest bridges in the world and remains the highest in the USA.

The bridge was constructed in 6 months, between June 5, 1929, and late November 1929, at a cost of $350,000. To pay for construction, it was built as a toll bridge, and it was listed in the National Register of Historic Places in 1983. Actually, the bridge was not built for transportation purposes; in its place, it was built with the intent that it serve as a huge public puller place and has continued to be one of the most-visited tourist attractions in Colorado since its construction.

The road is designated as Fremont County Road 3A. The Royal Gorge Route Railroad runs under the bridge along the base of Royal Gorge. The cable-stayed Viaduc de Millau, finished in December 2004, is presently the tallest bridge in the world, at 1,118 feet, measured from the ground to the top of the bridge piers. Though, its deck is only 885 feet above the River Tarn.

Well, on June 12, 2013, the Royal Gorge Bridge & Park was devastated by a wildfire. Luckily the bridge suffered only minimal damage, only some wooden deck planks burned; all but four of the park’s 52 buildings were destroyed. The Incline Railway was severely damaged, and the Aerial Tram was destroyed. Park executives announced on June 13 that the bridge will be repaired and the park re-constructed, but there was no timeline for reopening the bridge and/or park. 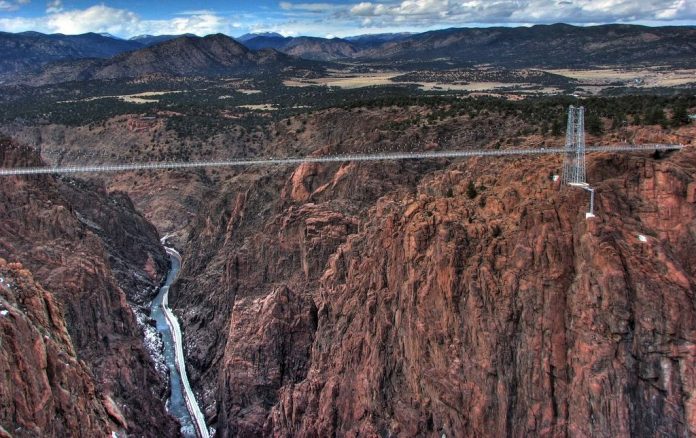 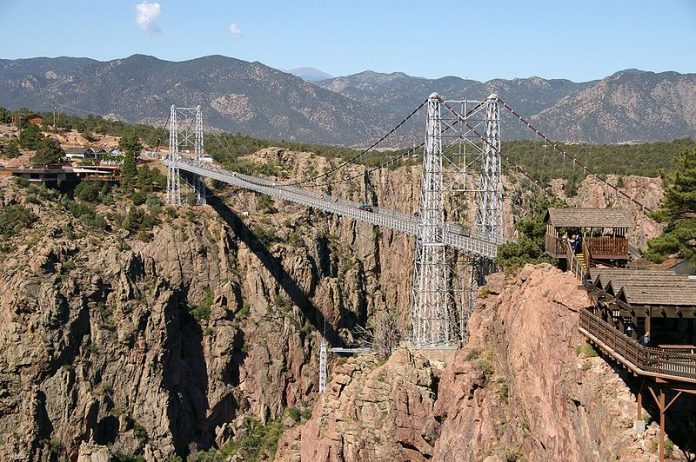 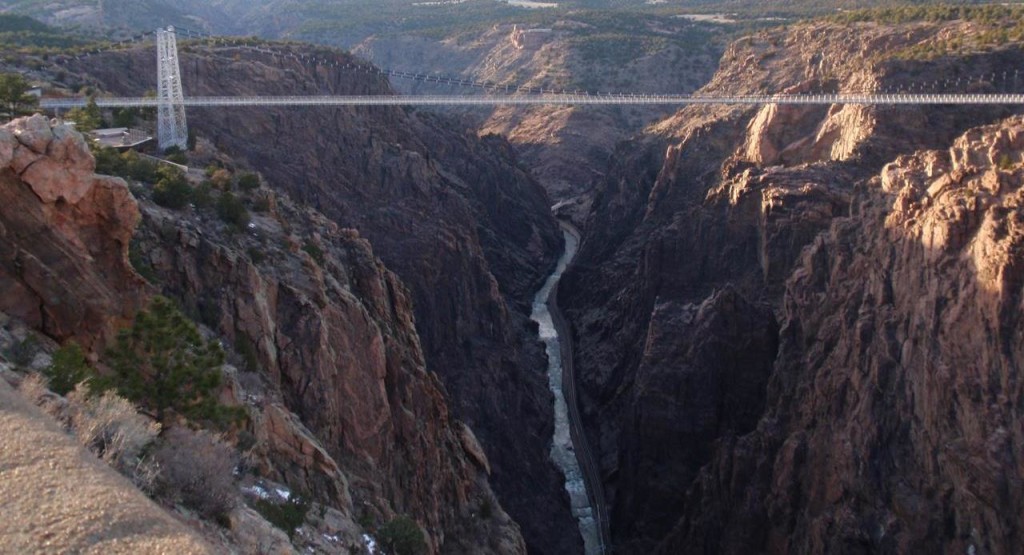 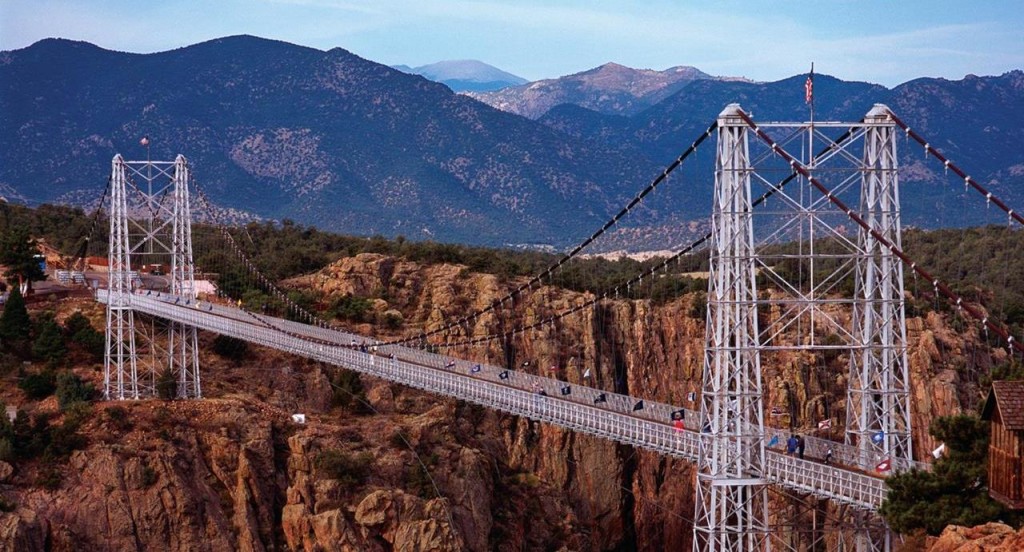 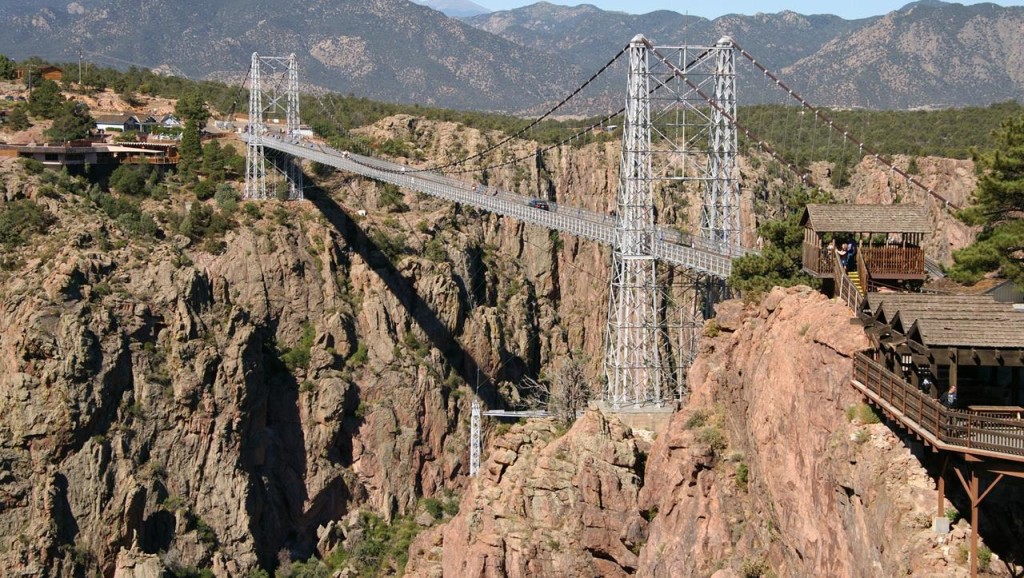 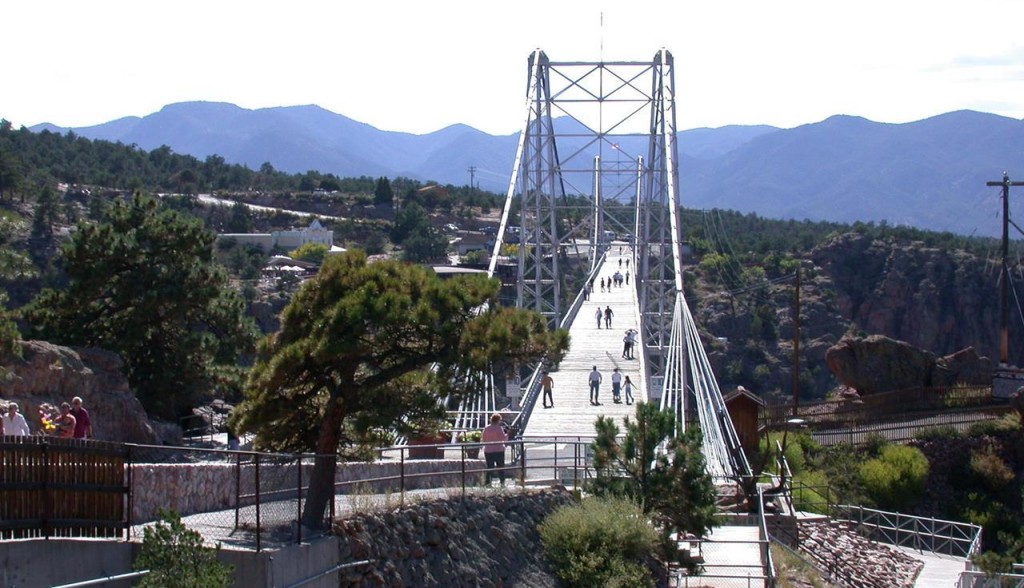 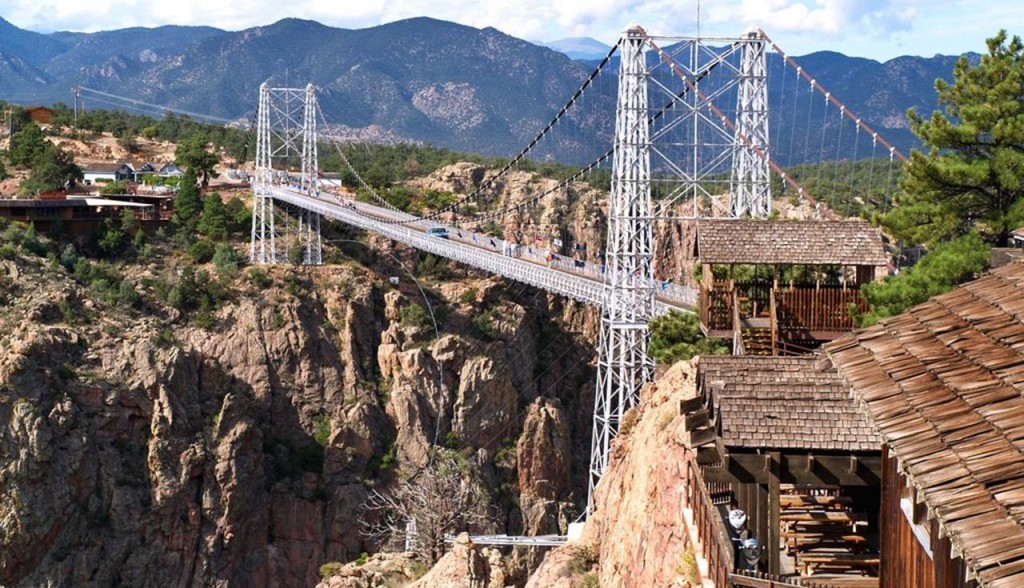 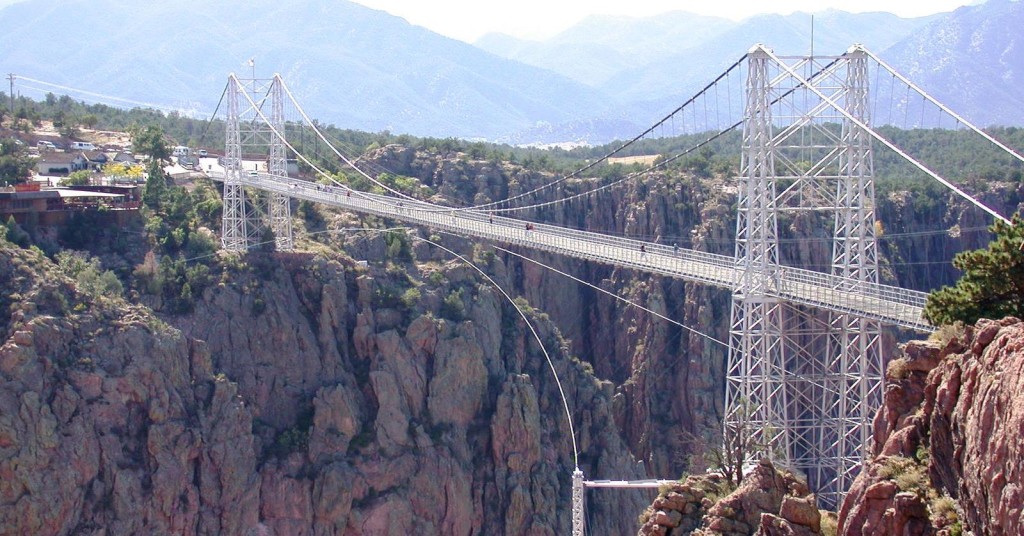 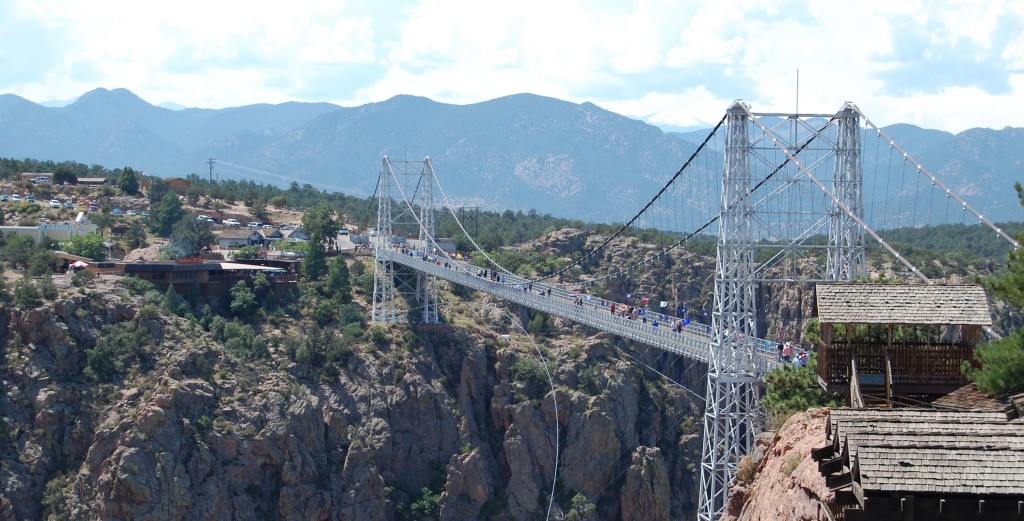 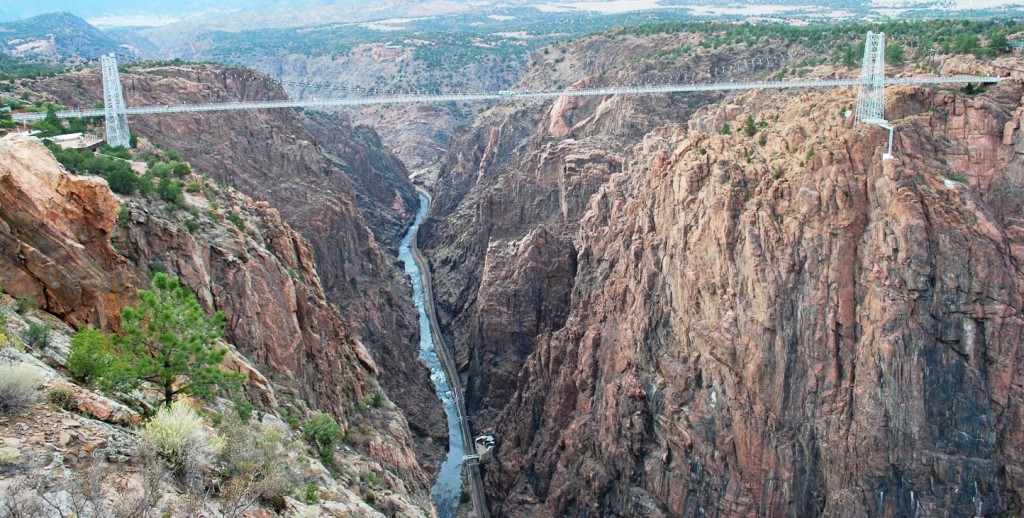 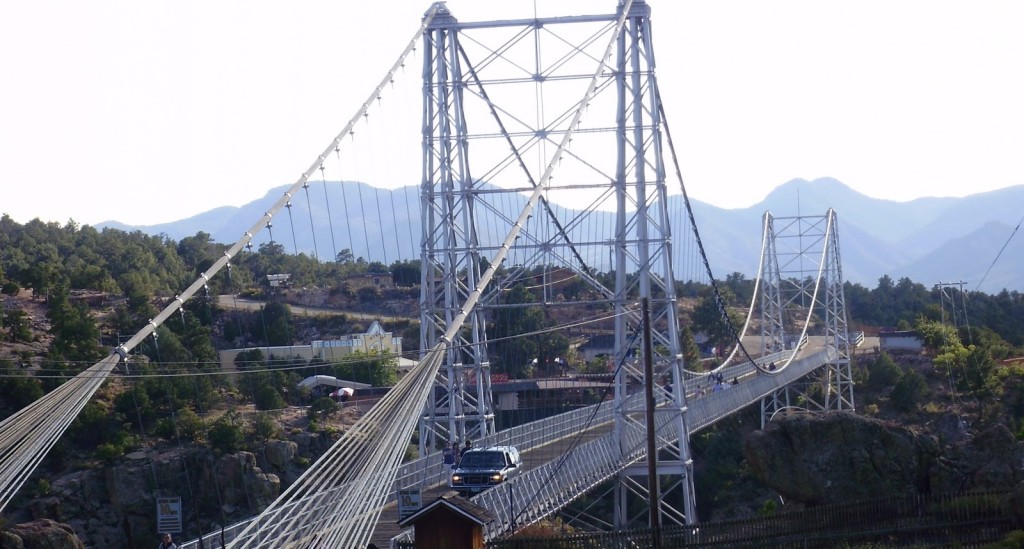 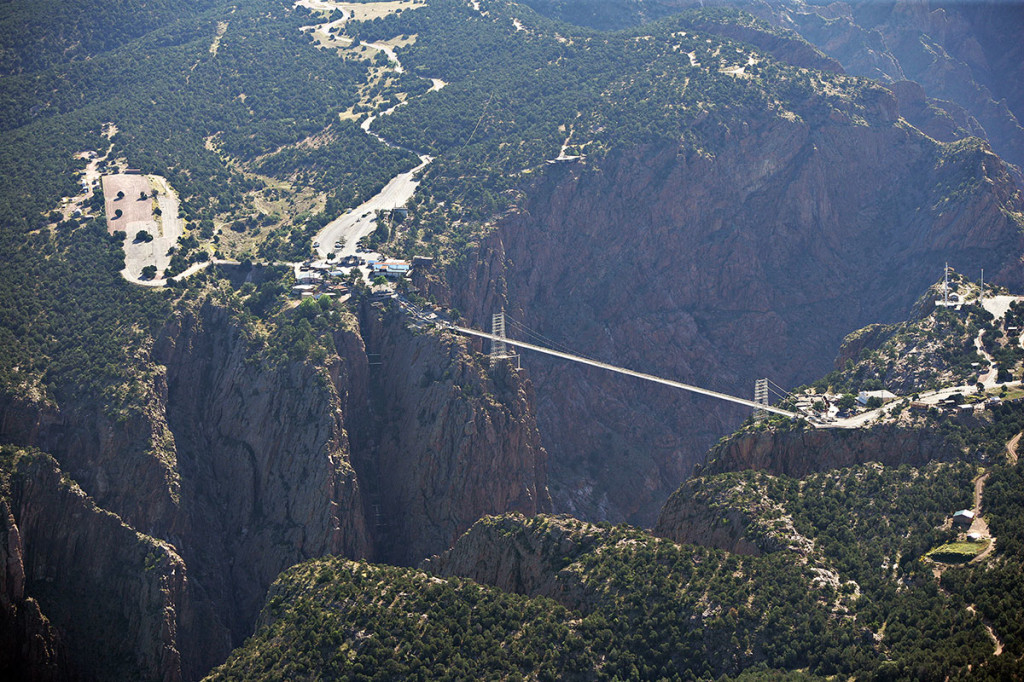 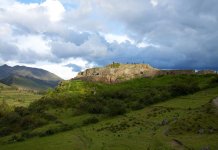