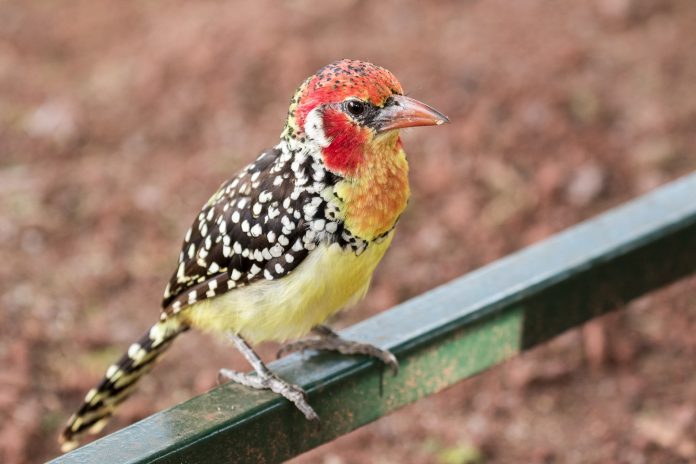 The Red and Yellow Barbet also named “Trachyphonus erythrocephalus” belongs to the African barbet family. This bird can be found in eastern Africa, in woodlands, scrubland, and Savannah, where it regularly forages on the ground near trees or bushes. The Red-and-Yellow barbet is approximately eight or nine inches long.

Red and Yellow Barbet has a long, strong, pointed red bill, and has red, yellow black, and white upperparts and yellow underparts. The male bird has a black crown and a black chin stripe. The female bird has a red crown with black spots.

Moreover; the bird habitually builds nests inside termite mounds (termite nests), using their strong, heavy beaks to break into the mounds. They like to eat fruits and are mostly fond of figs. They also eat seeds, insects, lizards, small birds, and eggs.

Therefore; the breeding pair will often belong to a group that comprises of the pair and from 1 to 5 “helpers” who support the breeding pair to raise their young. These helpers are habitually younger birds, but there may be 1 or 2 additional adults in the group.

The breeding pair in a group will often sing along & a loud duet, which sounds like the words “red and yellow” being repeated over and over. The helpers sometimes join them in singing with a breeding pair for a short while. Moreover; termite mounds are often used as nesting sites.

However; the barbets dig a tunnel, which is about 16 inches long, inside a termite mound. They build a nesting chamber, lined with grass and feathers, at the end of this tunnel. The female lays between two to six eggs. Both the parents help chicks feed on a diet of mostly insects, which are responsible for the newly hatched birds with big amounts of protein that they need.

When the chicks grew up, and are able to leave the nest, they’ll normally stay close to their parents and become helpers themselves, assisting their parents in raising the next brood. 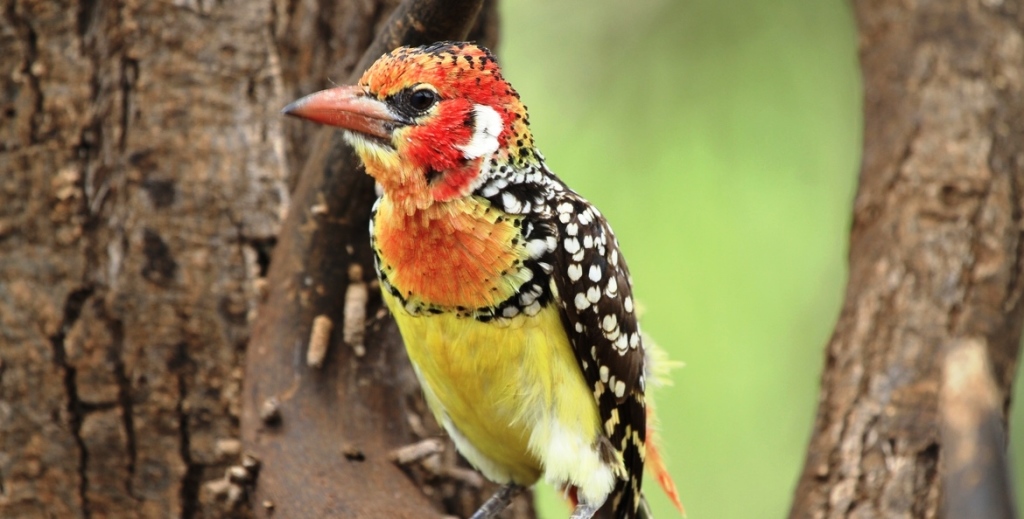 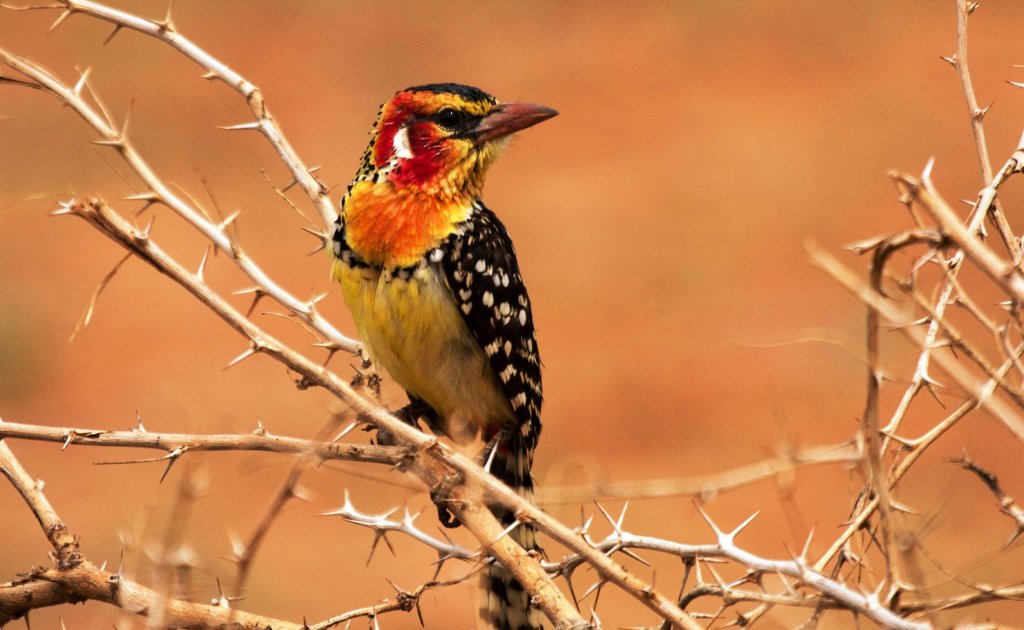 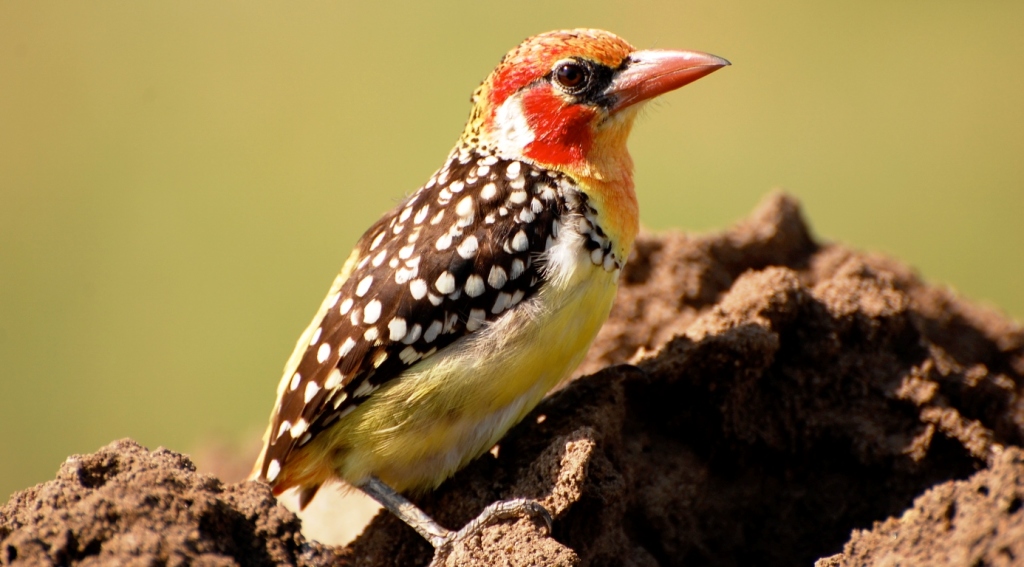 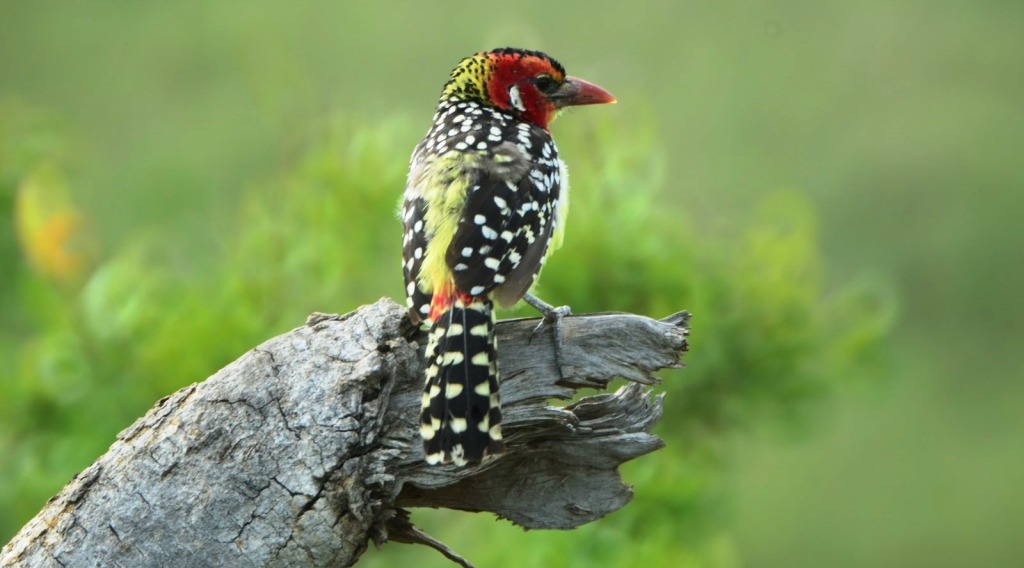 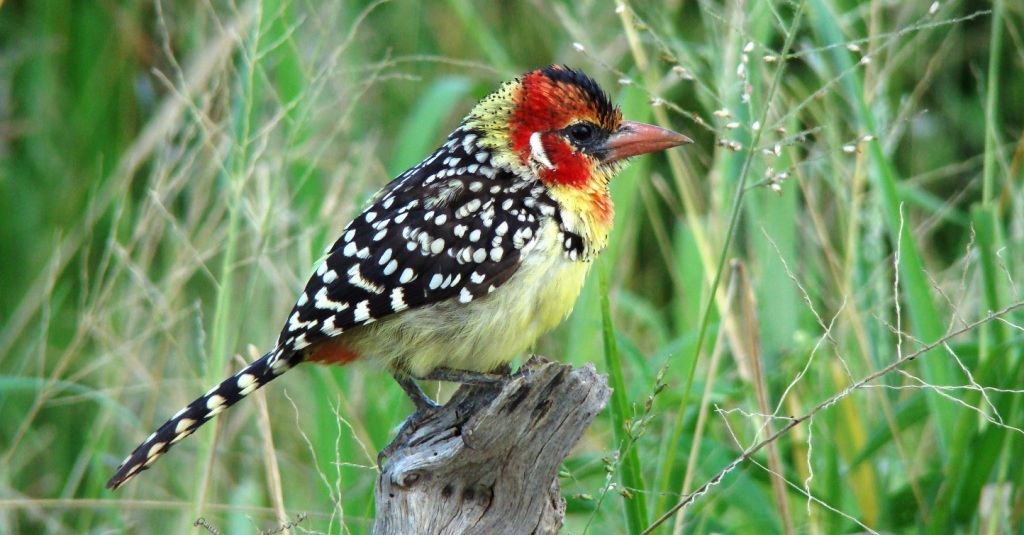 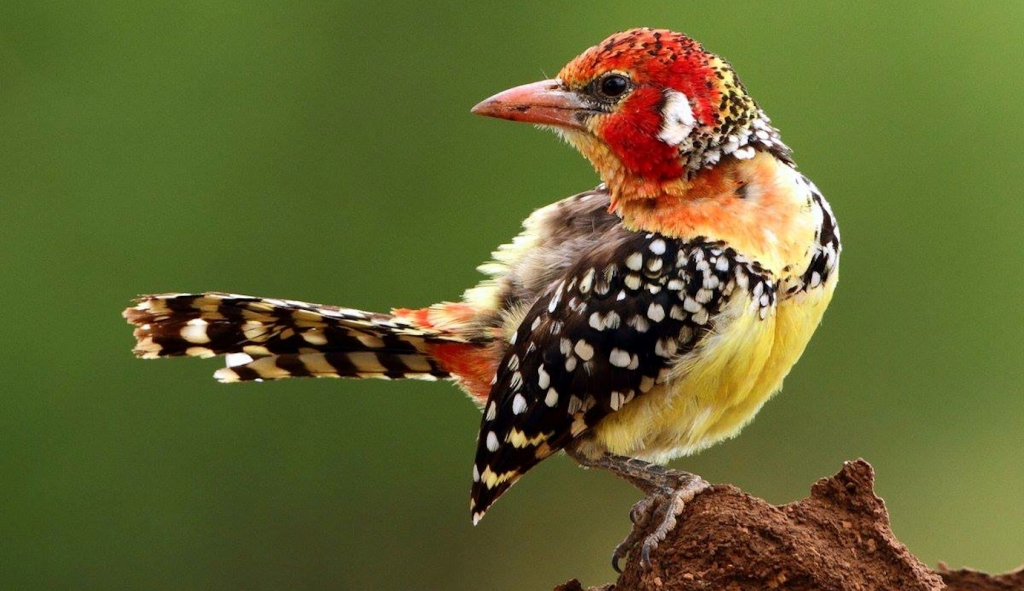 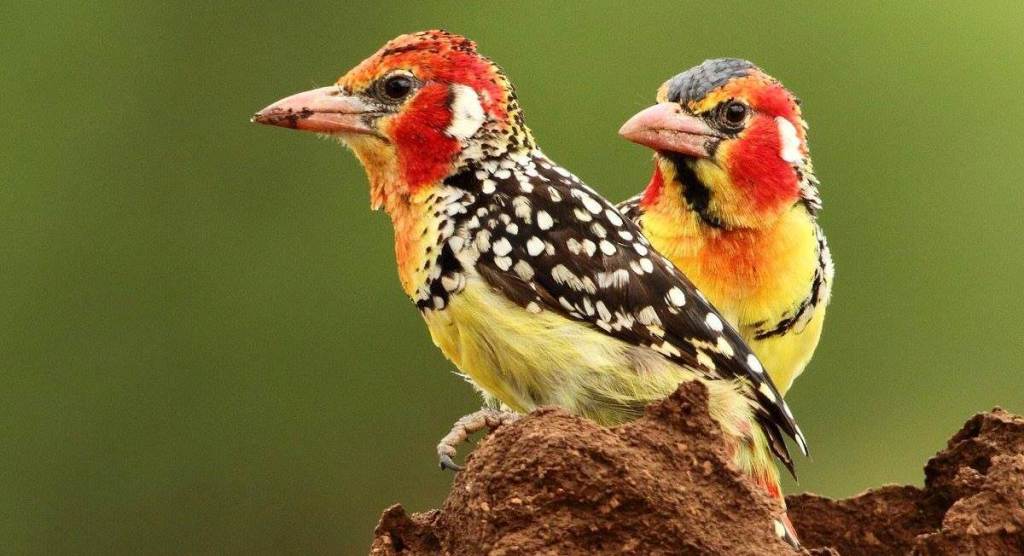 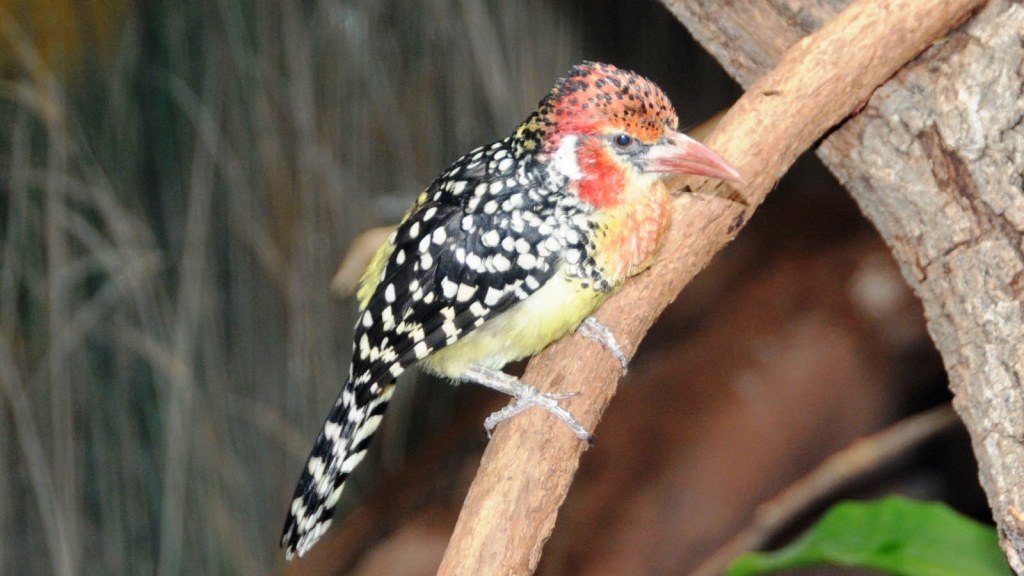 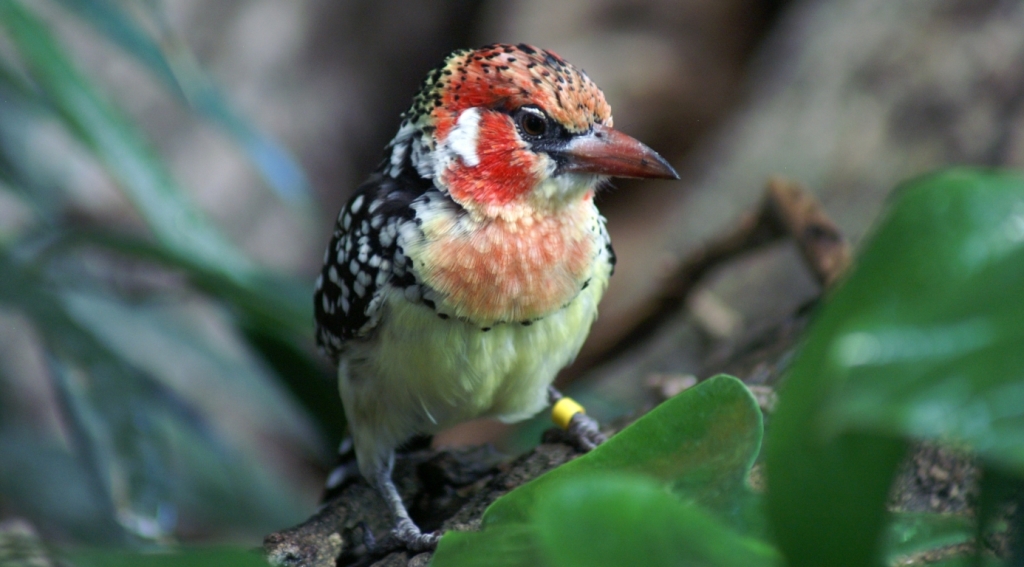 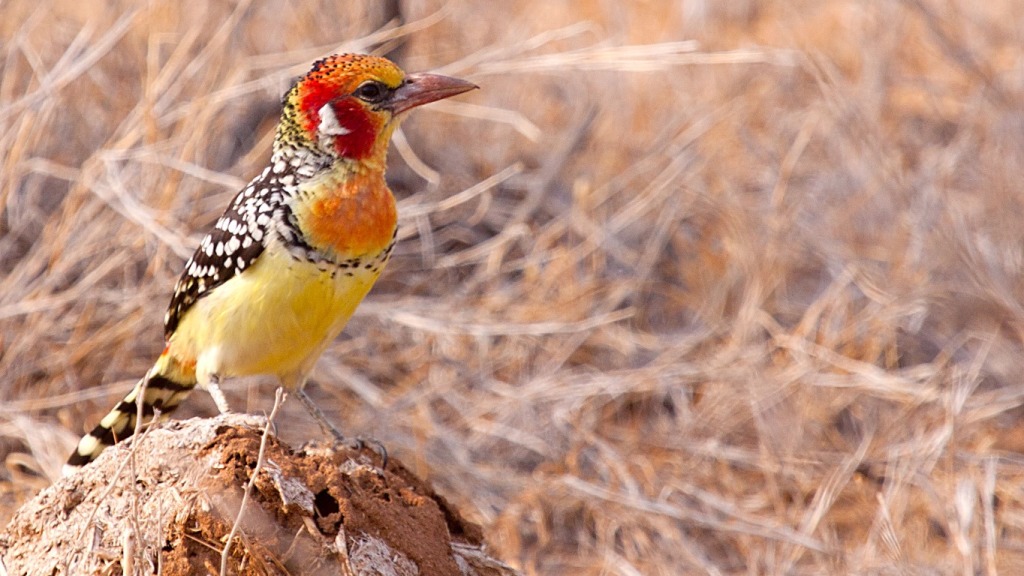 The Beauty of Red-winged Parrot