A 73 meter tall, 14.3 meters base diameter Qutub Minar is formed in the Mehruali Area of Dehli India. The UNESCO world heritage site tilts just over 65 cm from the vertical contains a spiral staircase of 379 steps. The five storeys tall tapering tower design has been based on the Minaret of Jam, in Afghanistan.

The Qutub Minar is a minaret which laid the foundation by Qutub-ud-Din Aibek around in 1192, however, his son in law Shams ud-Din Iltutmish finish the Minar in 1220. The minar stood to stand another 149 years after a massive lightning strike damaged the top storey, which was replaced by Firoz Shah Tughlaq in 1369 and added one more storey.

Another Muslim ruler Sher Shah Suri also added an entrance to this tower while he was ruling and Humayun was at an exile. Moreover, several inscriptions in Parso-Arabic and Nagari characters in different sections of the Qutab Minar reveal the history of its construction, and the later restorations and repairs by Firoz Shah Tughluq (1351–89) and Sikandar Lodi in 1489–1517).

The Qutub Minar name is actually derived from the Sufi saint Qutbuddin Bakhtiar Kaki whom Qutab Ud-Din-Aibak revered. On 1 September 1803, a massive earthquake caused serious damage to Qutub Minar. Major Robert Smith of the British Indian Army renewed the tower in 1828 and installed a pillared cupola over the fifth story, thus creating a sixth.

The tower was built to celebrate Muslim dominance in Delhi after the defeat of Delhi’s last Hindu ruler. The Qutub Minar is the highest tower in India. A noteworthy image of Qutub minaret is featured on the travel cards issued by the Delhi Metro Rail Corporation, in collaboration with the Archaeological Survey of India has made a 360o walkthrough of Qutab Minar available.
Advertisement

The site served as the pit stop of the second leg of the second series of The Amazing Race Australia. The general public was allowed to go upstairs of the minaret, but unluckily chaos happened in 1981, when internal staircase lighting failed, which in results of massive stampeded towards the exit and 45 people were killed in the crush and few injured.  Since than Qutub Minaret has been closed for public.

The Qutub Minar is surrounded by many historical monuments of Qutab Complex, Quwwat-ul-Islam Mosque “established in 1192 by Qutab-ud-din Aibak, the first ruler of the Delhi Sultanate”, Alai Darwaza, Alai Minar, Ala-ud-din Madrasa and much older iron pillar of Delhi made up of 98% wrought iron and has not rusted till date. Moreover, Ala’i Minar which stands to the north of Qutub-Minar was commenced by Muslim ruler Alau’d-Din Khalji, with the intention of making it twice the size of earlier Minar.

He could complete only the first storey which now has an extant height of 25 m. Ala’i-Darwaza, the southern gateway of the Quwwat-ul-Islam mosque was constructed by Alau’d-Din Khalji in 1311 as recorded in the inscriptions engraved on it. This is the first building employing Islamic principles of construction and ornamentation.

Qutub Minar has been counted as the highest brick tower in the world enthralled by the huge structure that withstood all tests of time. Some believe that this prodigious architectural structure was built to propound the prominence of the Islam religion, however many had the notions that that was built for defensive purposes.

The flanges are engraved with Quranic texts and decorative elements. The whole tower is considered to be within safe limits, although experts have stated that monitoring is needed in case rainwater seepage farther weakens the foundation. Apart from the tower, a 7-meter high iron pillar, the tomb of Iltutmish, Ala’i-Darwaza, and the Ala’I Minar.

This tall majestic structure is visited by thousands of travelers every year from all over the world. The best time to visit Qutub Minar is spring season when the climate is pleasing and it is the tourism season of the country. 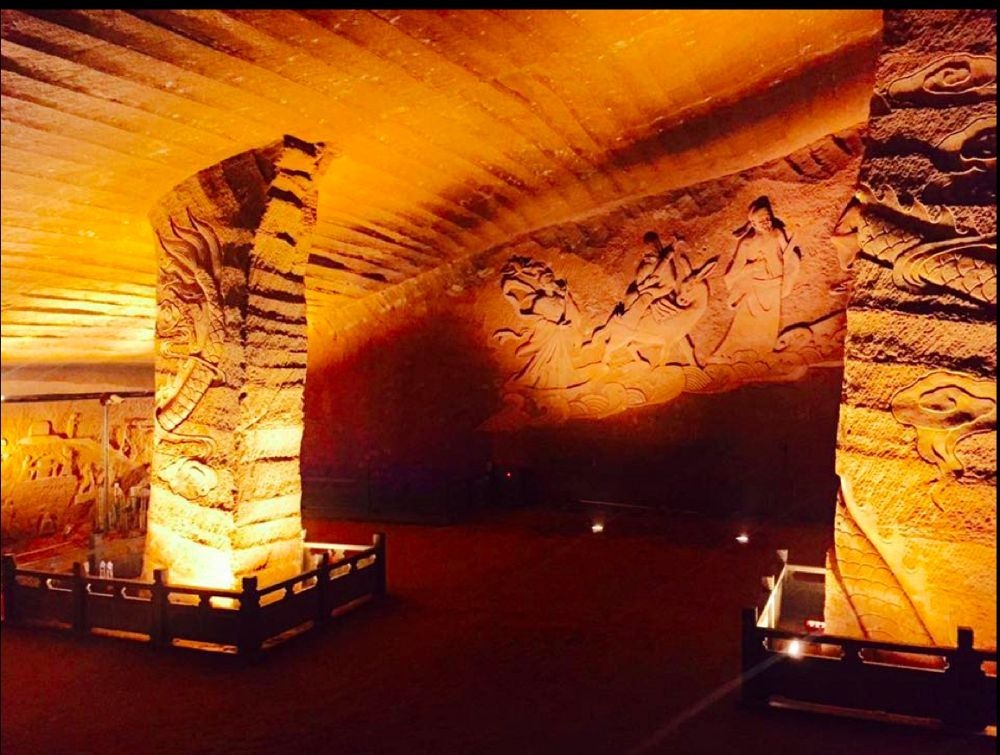 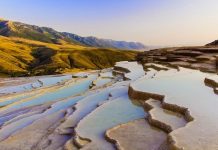 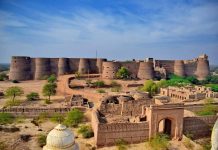 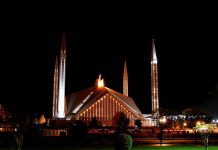