Playa de Gulpiyuri is a strange beach as we know it, has 50m of sand but it’s actually in the middle of a field, around 100m from the sea. A tunnel beneath the rocks channels water from the Cantabrian Sea into a cove, the beach is off the A8 road between Santander and Oviedo. Gulpiyuri Beach is nothing like anything you’d have ever seen or even imagined existed outside of imaginary books or fictional planets.

Playa de Gulpiyuri is one of the most astonishing beaches in the world, tucked away into a small inland hollow. The other famous hot water beach of New Zealand or California’s glass beach, but none like the beach of Gulpiyuri. The beach is over 100 meters away from the sea shoreline and stumbling over a small appealing beach right in the middle of a green meadow. And though you may find other beaches totally hidden from the open sea, around the world, this one is actually fully tidal and even has waves bathing the small strip of golden sand.

Though sometimes referred to as the “world’s smallest beach,” Playa de Gulpiyuri is one of the world’s strangest and picturesque beaches. This tiny golden sand beach, with crystal clear waters and hemmed in by cliffs, is frequently voted as being Asturias’ best. Moreover, the salt waters of the Cantabrian Sea bored through the earth, forming a series of underground tunnels that constantly feed water to Gulpiyuri Beach.

Water from the nearby Bay of Biscay comes in through the underground tunnel network and washes up on Gulpiyuri in gentle waves, adding to the charm of this magical cove. Playa de Gulpiyuri in Llanes is now listed as a natural monument by the Principality of Asturias.

Therefore, the shallow crystal clear water of this place acts as a swimming invitation that cannot be refused, but you may find it a little cold, because the water tends to remain underground for a while, before washing into Gulpiyuri Beach. If you visiting this magical beach then make sure during the peak summer months, it can and does get busy.

Because hundreds of visitors a day flock here to take images. It has the uncertain reputation of being one of Spain’s most photographed beaches. At high tide, you can just about swim, although, at most times, the water levels remain at knee height, shallow enough to ensure that the Atlantic chill has been taken off, but still fairly cold. 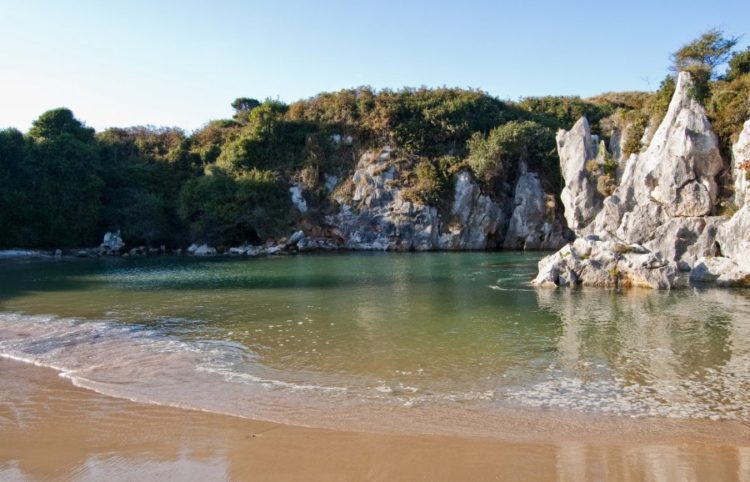 The other famous hot water beach of New Zealand or California’s glass beach, but none like the beach of Gulpiyuri. 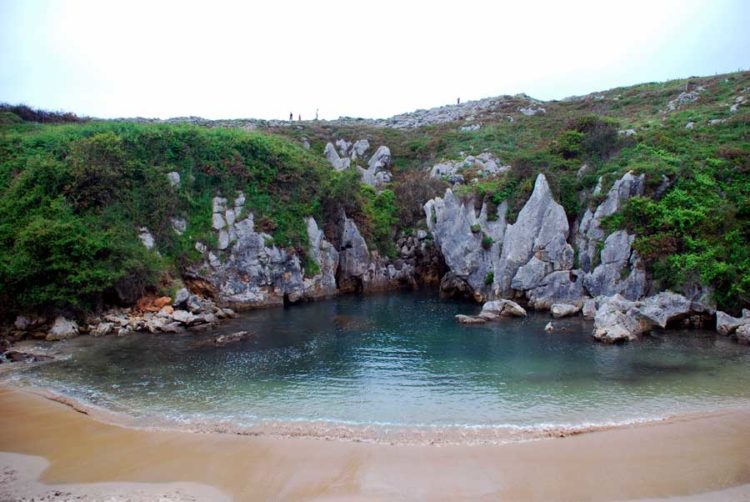 This tiny golden sand beach, with crystal clear waters and hemmed in by cliffs, is frequently voted as being Asturias’ best.

Also See: Kachaghakaberd Fortress Amaze Everybody With its Awesome Beauty