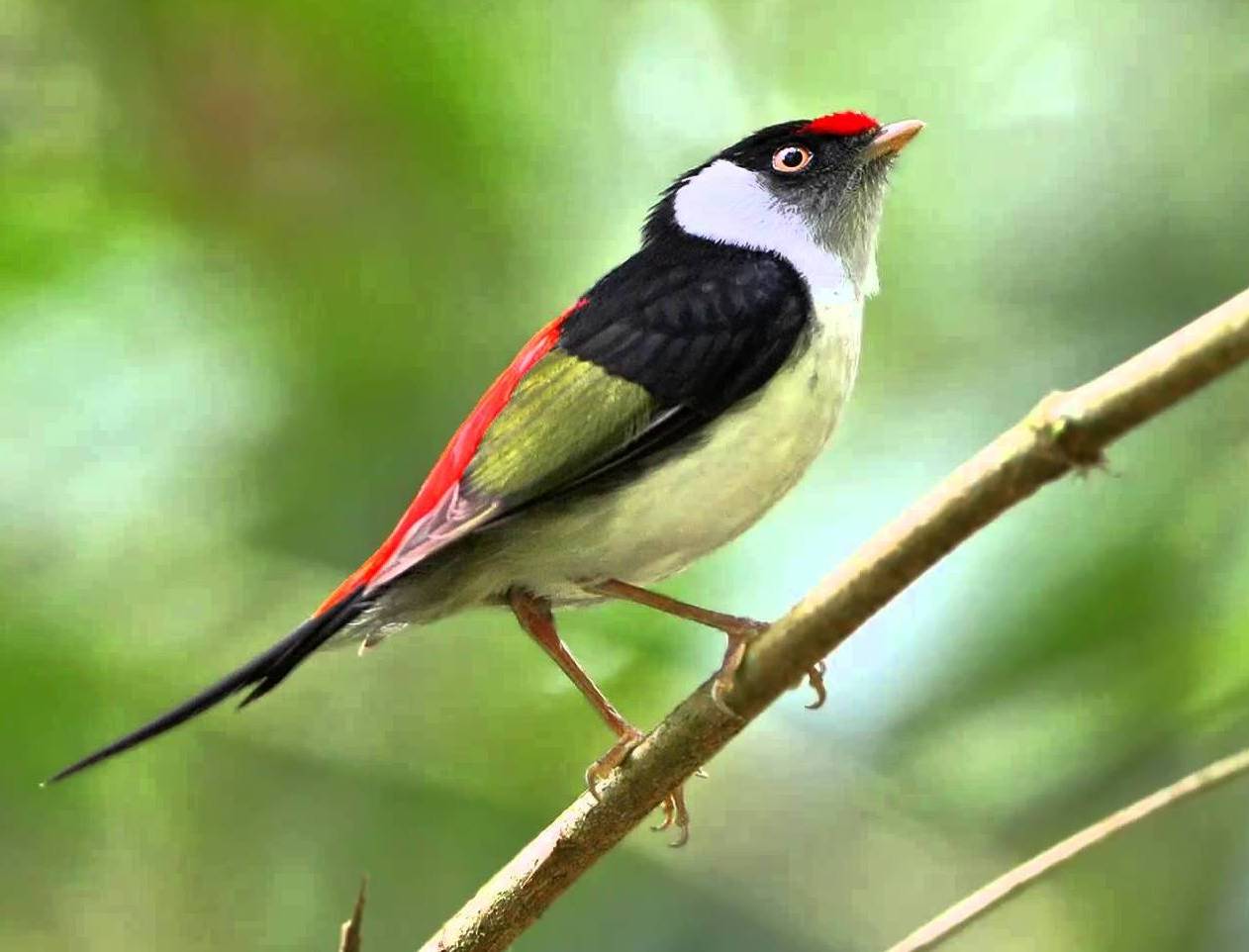 The Pin-tailed Manakin is not rare but it is nonetheless highly prized by birdwatchers, particularly as its strangely quiet vocalizations can render it unobtrusive, making encounters much less frequent then with other manakins that occur in the same region. Moreover, Male manakins are well-known for their elaborate group courtship displays, which habitually take place on gathering grounds called “leks.”

Males have flashy plumage, while females are a dull greenish color. These small, short-tailed birds tend to be solitary but can occur within mixed-species flocks. The male Pin-tailed Manakin is one of prettiest of manakins, and even the female is hard to confuse given that it shares the male’s “unusual” head shape and ‘pin-tail’ central rectrices. The

The species systematic relationships have only recently been elucidated, although its uniqueness has long been recognized by taxonomists. Though, some facets of the Pin-tailed Manakin’s life history, in particular, its breeding biology and diet, are still relatively inadequately known. This species has a very large range, and hence does not approach the thresholds for Vulnerable under the range size criterion hence species is evaluated as Least Concern. Read More – The Hefty Raptor Savanna Hawk