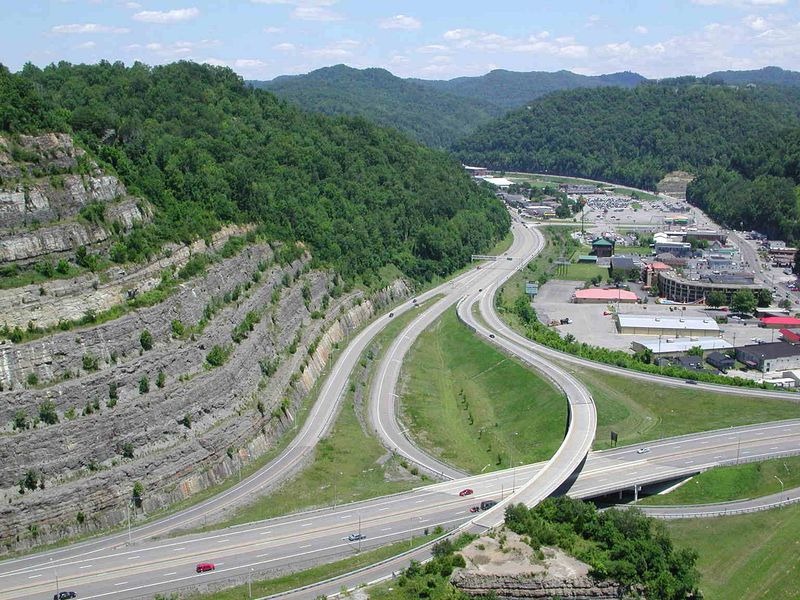 Without any doubt, The “Pikeville Cut-Through Project” is an amazing engineering wonder that has been easily called “the 8th wonder of the world”. It is nestled in the Appalachian Mountains, in Kentucky, along the Levisa Fork a tributary of the Big Sandy River lies the flourishing city of Pikeville. However, it’s a small city of fewer than 7,000 inhabitants, but those 7,000 must be some of the most vital people on planet earth.

They were badly pissed that they had to wait at the railway crossing though the coal cars went by spew out dirty black dust upon the peoples. Moreover, they were also pissed at their river Levisa Fork for breaking banks every year and flooding their city, hence they undertook one of the largest earth-moving projects in the whole Western hemisphere, third behind the Big Dig and the Panama Canal.

The mega project was led by former Mayor William C. Hambley, (a Pikeville native, was a medical doctor before he becomes involved in politics), the Pikeville Cut-Through Project officially started in November of 1973 with the motive of relieving the barrage of flooding that the City of Pikeville experienced every year. The project took 14 years to complete, during which a total of 18 million cubic yards of earth were moved which went into filling the empty riverbed.

The Cut-Through Project also provided the City of Pikeville with more room for development, due to the moving of the Levisa Fork of the Big Sandy River away from downtown Pikeville, and released the City of congestion caused by the railroad and the three major highways that passed through it. Therefore, they butchered a mountain and created a kilometer-long and 400-meters-wide channel, called the Pikeville Cut-Through. Through this cut, they diverted a four-lane US Highway, some railroad tracks, and a freaking river that originally looped around the city.

The effort he had made, earned him the title of “the man who moved a mountain.” He felt that the railway tracks separated his town and the local college, making a “wrong side of the track” attitude and the substandard housing that came with it. He also loathed the dirty coal cars that ran through the middle of Pikeville. Indeed the Pikeville Cut-Through Project is a unique engineering feat that provides a shining example of cooperation among agencies on a federal, state, and local level. Being the second-largest earth removal project in United States history, the Pikeville Cut-Through Project is a marvel that visitors cannot miss.

The monumental effort not only eradicated repeated flooding and relieved traffic congestion, but it also delivered the City of Pikeville with 400 acres of new land for expansion. Soon after, Pikeville underwent fast economic development. At the moment it’s a prosperous center for commerce and the leading financial and industrial center of the Appalachian region.

The Pikeville Cut-Through project was a massive achievement meticulously oversaw each phase of the project, navigating this huge undertaking through numerous challenges and eventually bringing this vision to life, and won many hearts. Moreover, tourists can expect more than just an amazing view when visiting the Cut-Through Project overlook.

The overlook sits atop a magnificent mountain surrounded by lovely scenery and the Bob Amos Park, which features a rubberized oval walking track, hiking trail, horseshoe arena area, tennis courts, basketball courts, soccer fields, baseball fields, and a YMCA. Hatfield and McCoy River Trails are also located near the overlook and on weekend’s features offer several relaxing activities like canoeing, paddle boating, tubing, as well as a paintball field. So, for a day of fun, consider having a picnic at the Cut-Through and plan for a pleasant day of lush scenery and outdoor adventure as well. Source: Tourpikecounty and Amusing Planet 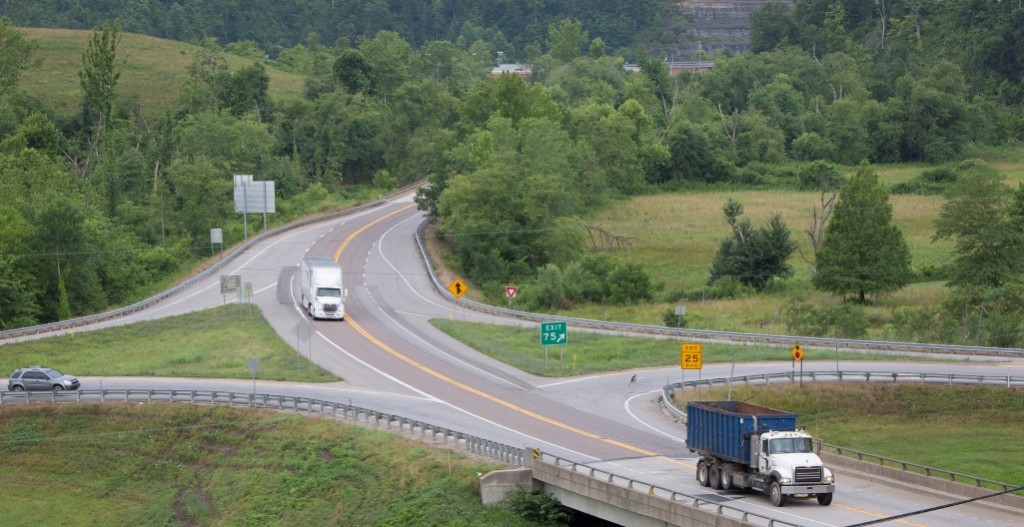 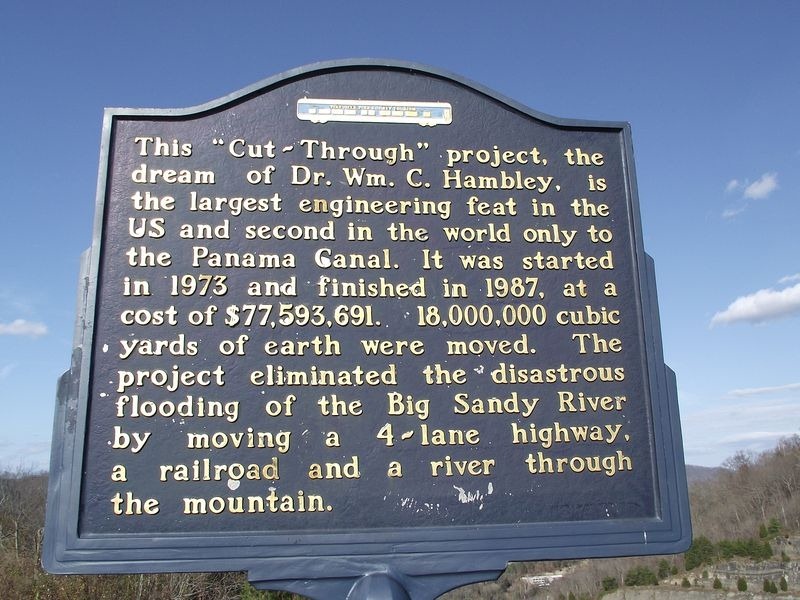 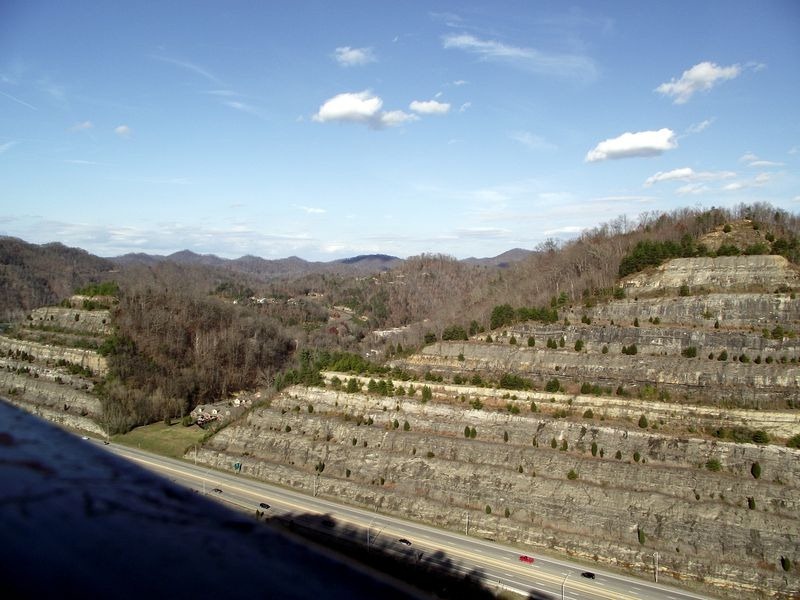 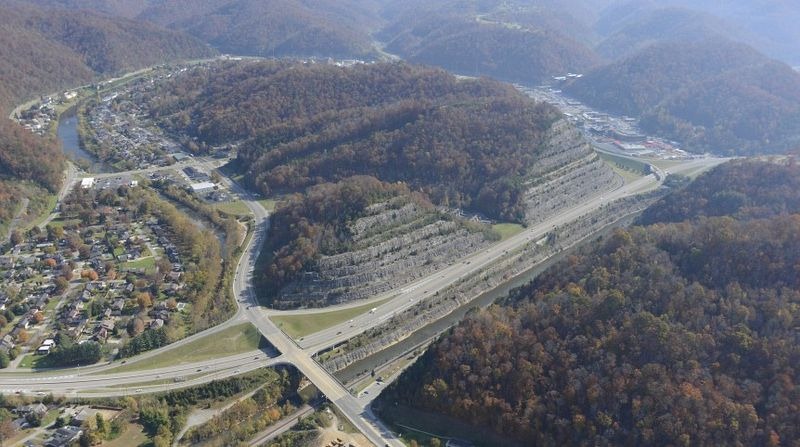 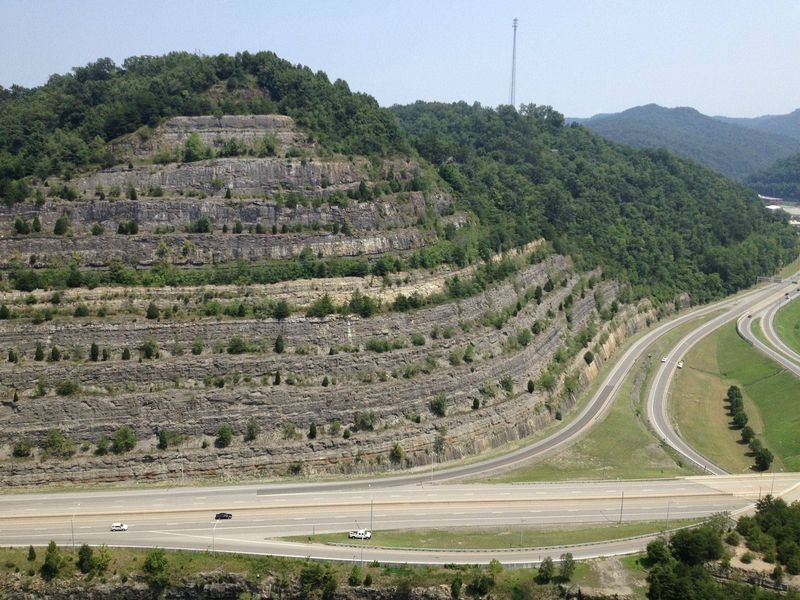 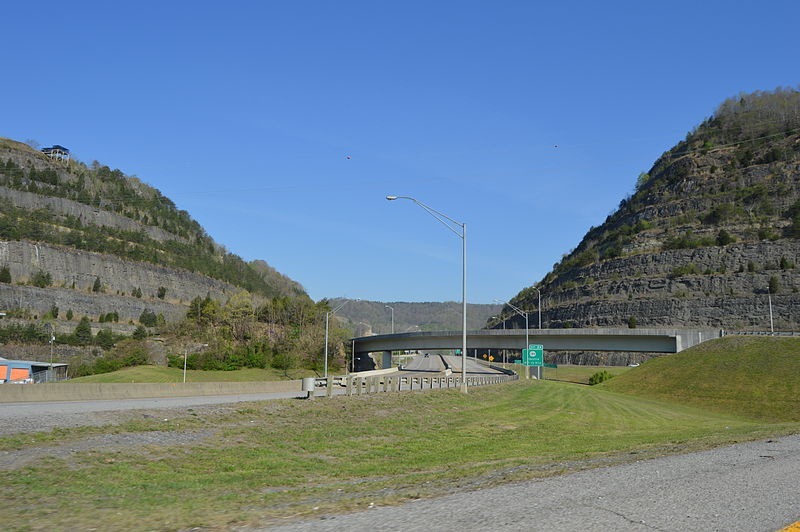 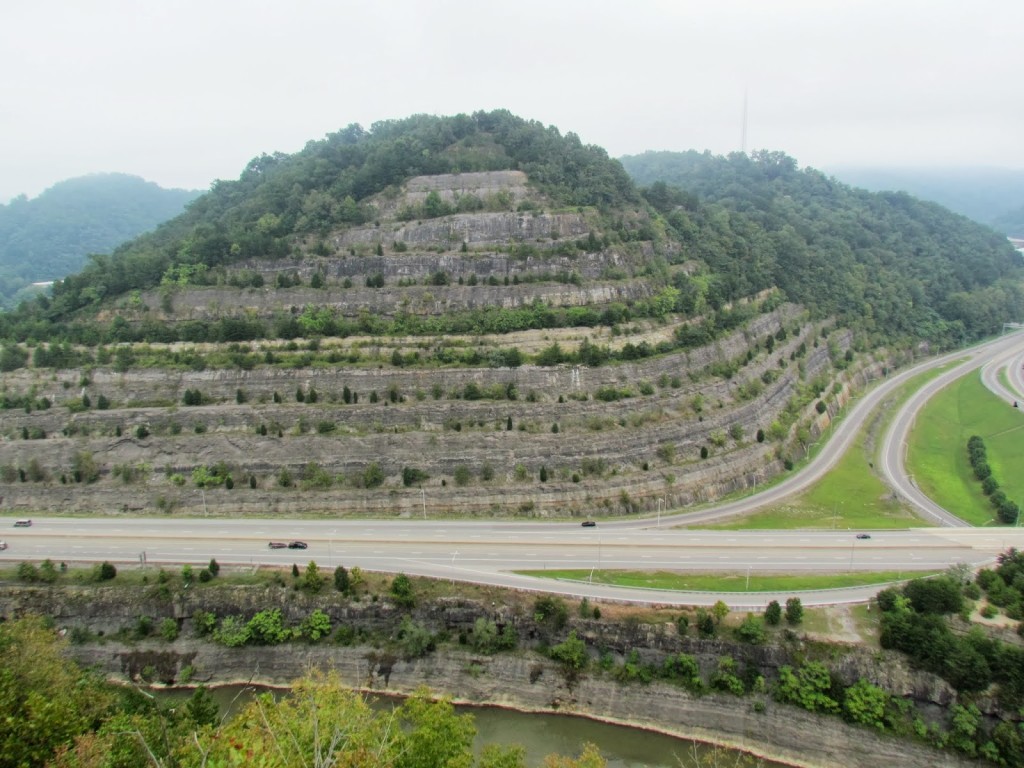 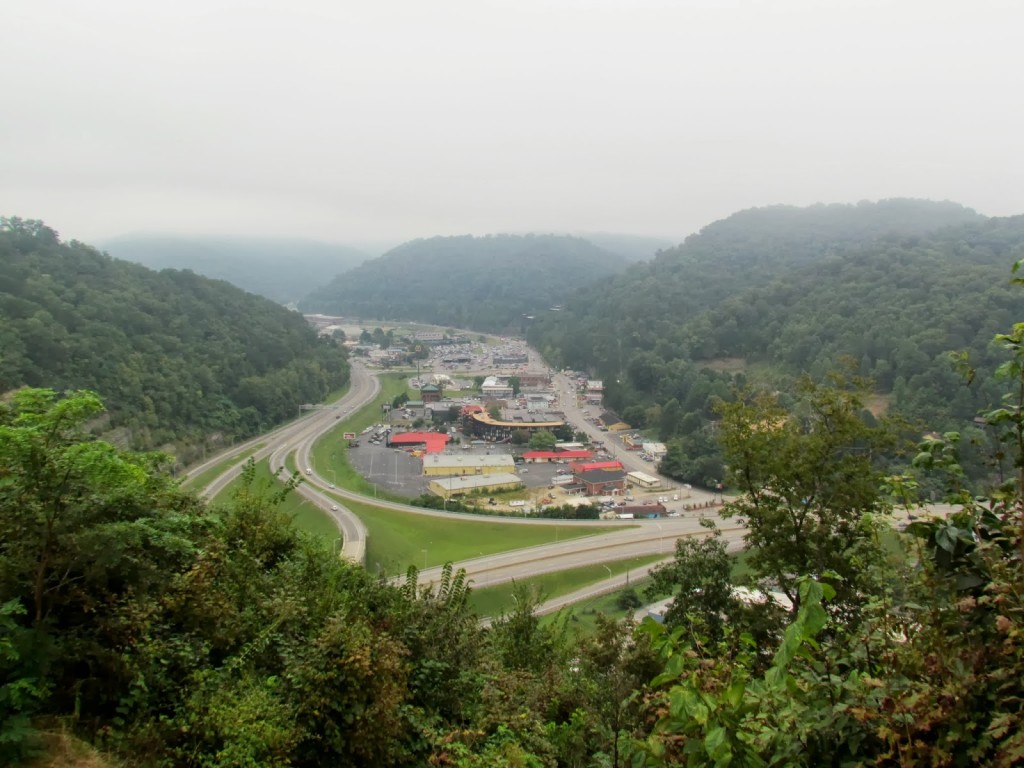 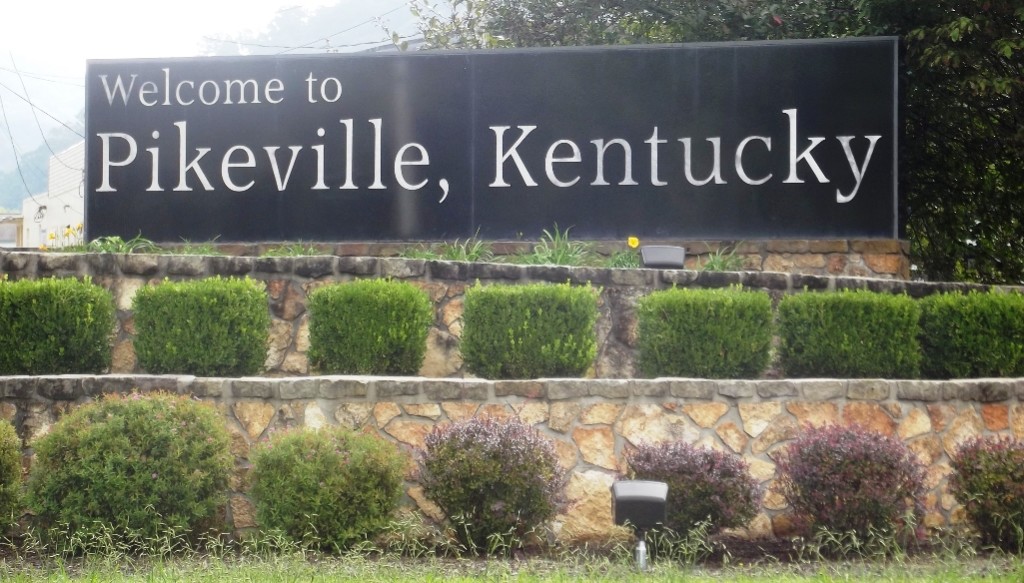