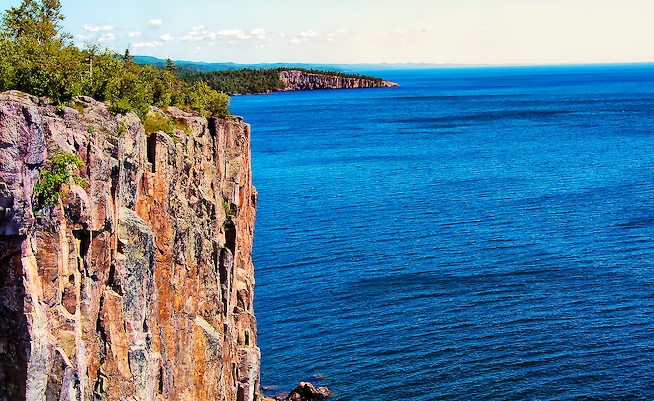 Well, Palisade Head Cliffs is a large rock formation on the North Shore of Lake Superior in the Minnesota. Palisade Head is located at milepost 57 on scenic Minnesota State Highway 61 in Beaver Bay Township, Lake County, about 86 kilometers northeast of Duluth and 5 kilometers east of Silver Bay. Palisade Head Cliffs rising above an intermediate point, which is covered by a mixed forest of white spruce, mountain ash, aspen, paper birch, and oak.

Palisade Head is under developed site, where there’re no improvements except for an access road, antenna tower, short-term parking, and some low rock walls near the edge of the cliffs. At Palisade Head, you can watch thousands of different species migration along the shoreline in the fall season.
Advertisement

Moreover raptors can frequently be seen soaring over the cliffs, the nest of Peregrine falcons, Bald eagles nest in the area, and thousands of hawks. There are beautiful trees are sparse, but plenteous wild blueberries and, less frequently gooseberries. When the sun is full shinning, there are majestic views of the Sawtooth Mountains, Split Rock Lighthouse, the Bayfield Peninsula, Apostle Islands of Wisconsin, and the ship traffic on Lake Superior.

It is a regional center for rock climbing with many routes up the lakeshore cliffs, were used for more sinister, albeit fictional purposes in The Good Son, and partly filmed on location at Palisade Head. Palisade Head Cliffs is formed from a rhyolitic lava flow which was extruded approximately 1.1 billion years ago. The flow some 200 feet thick formed tremendously hard volcanic rock which resisted a billion years of erosion which cut down surrounding formations.

This was formed both Palisade Head and Shovel Point. The feature is a shallow headland, with Lake Superior to the southwest, and northeast. Its high point is more than 300 feet above the lake level; and lakeside cliffs stand up to 60 meters above water level. 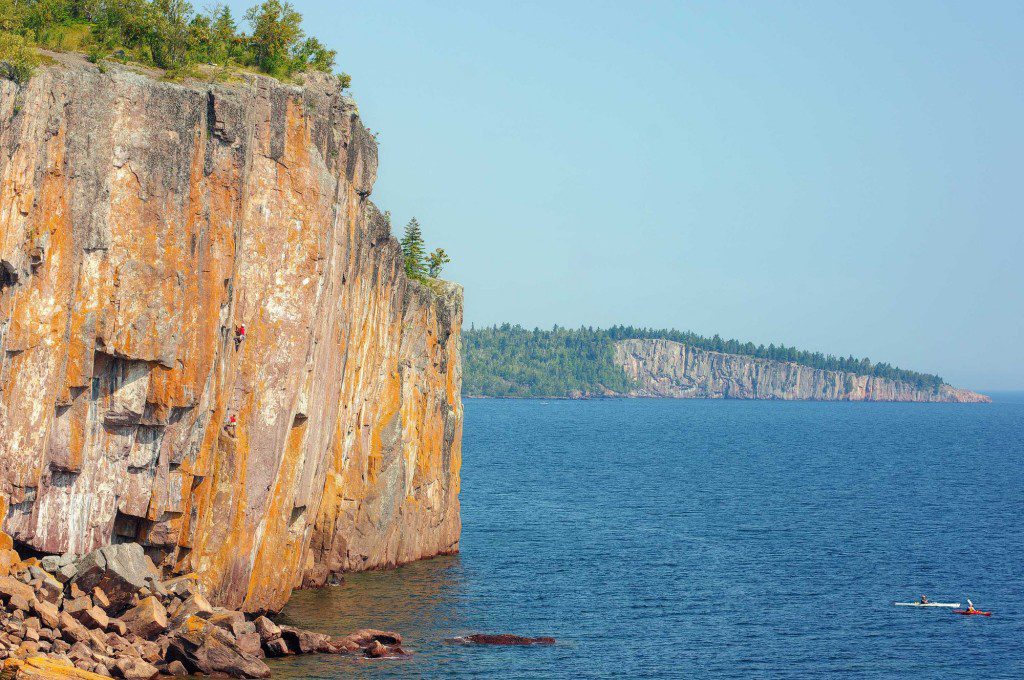 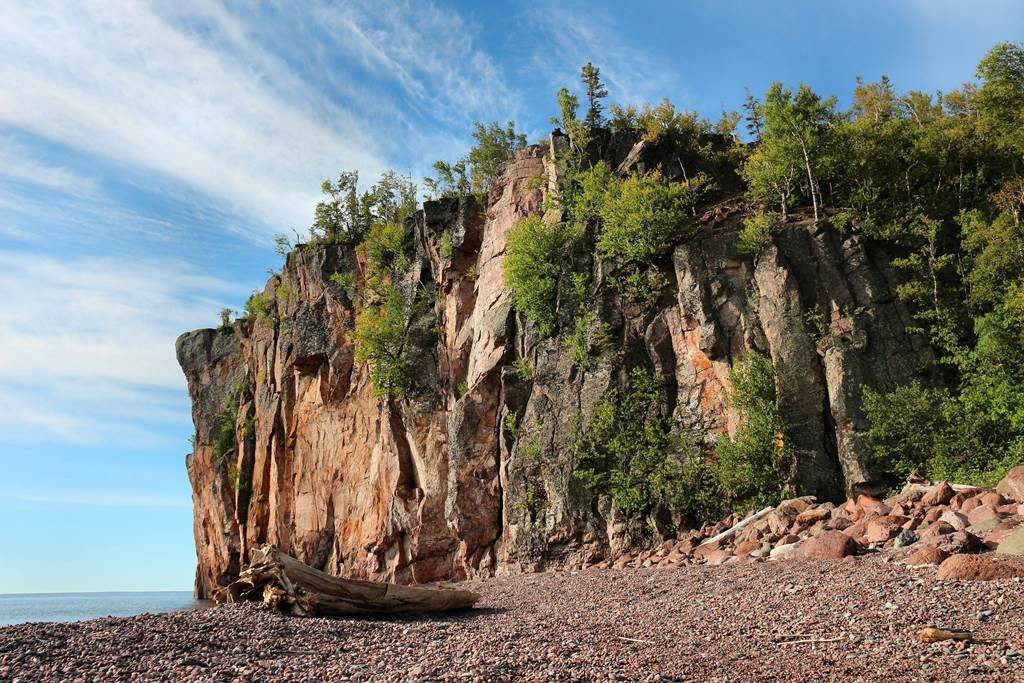 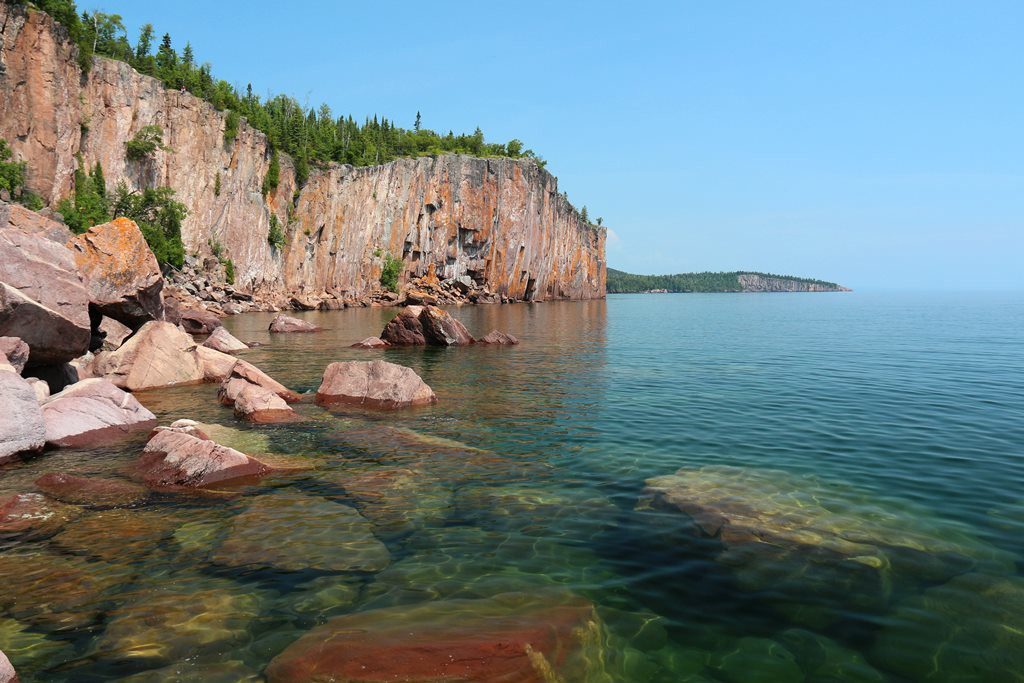 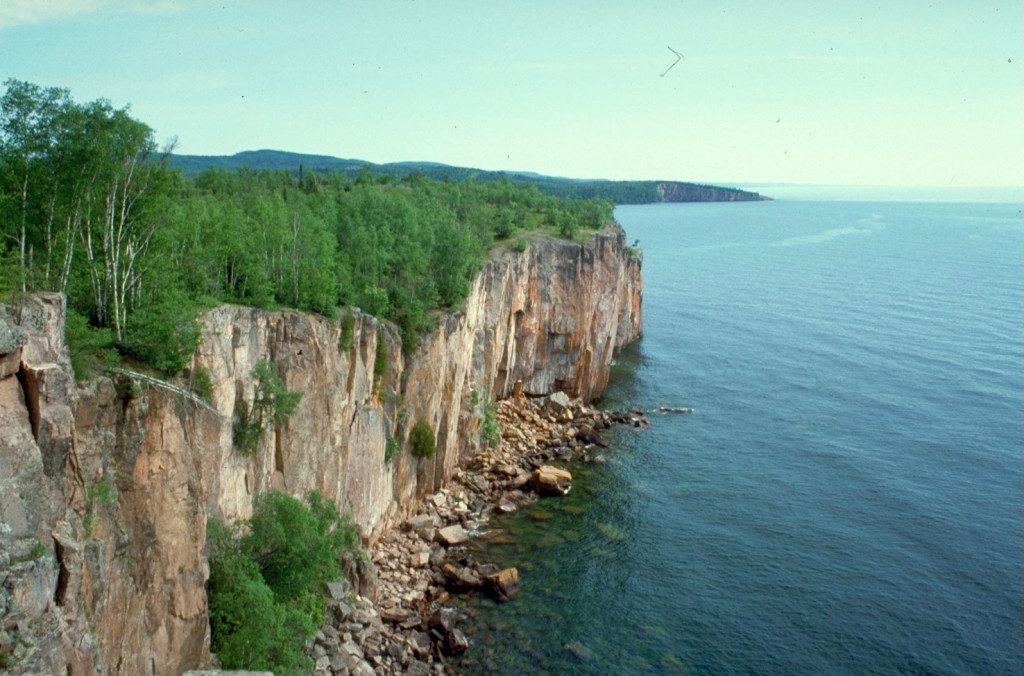 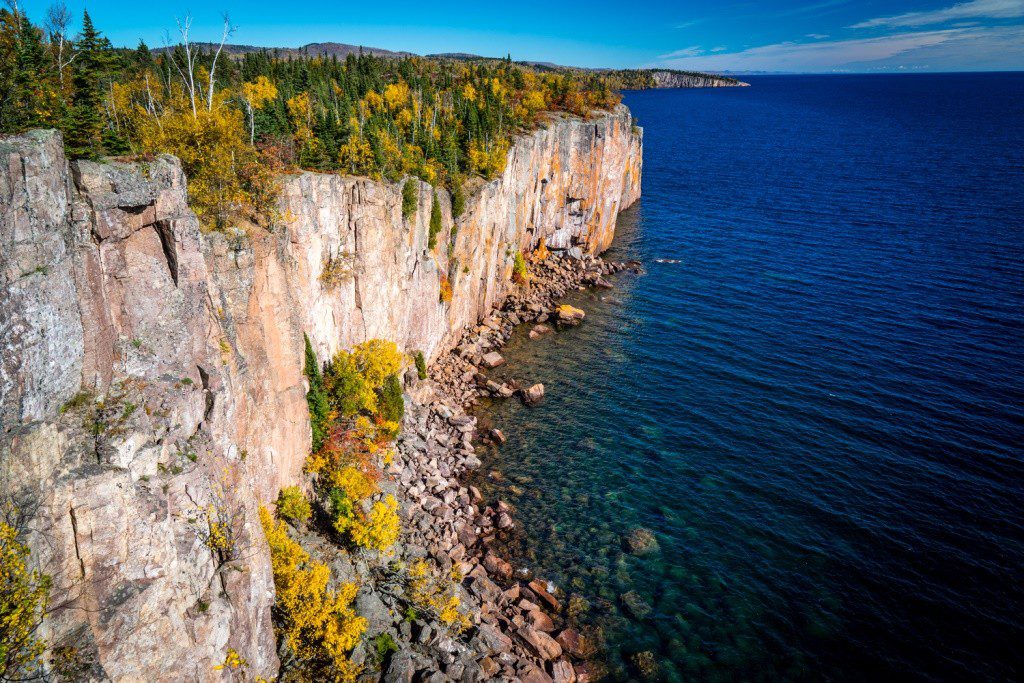 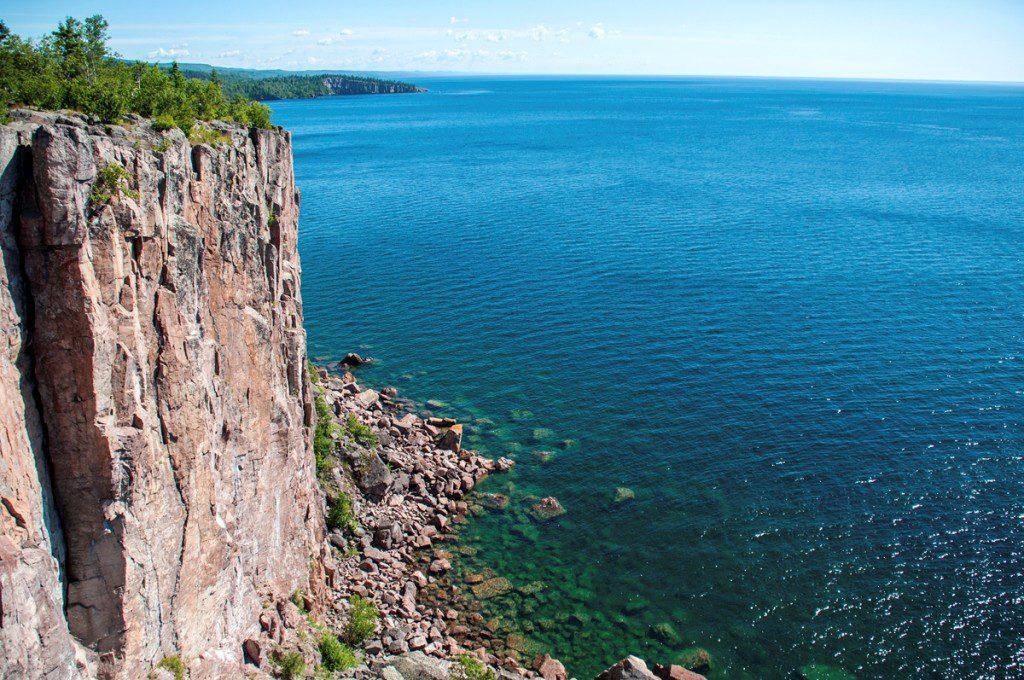 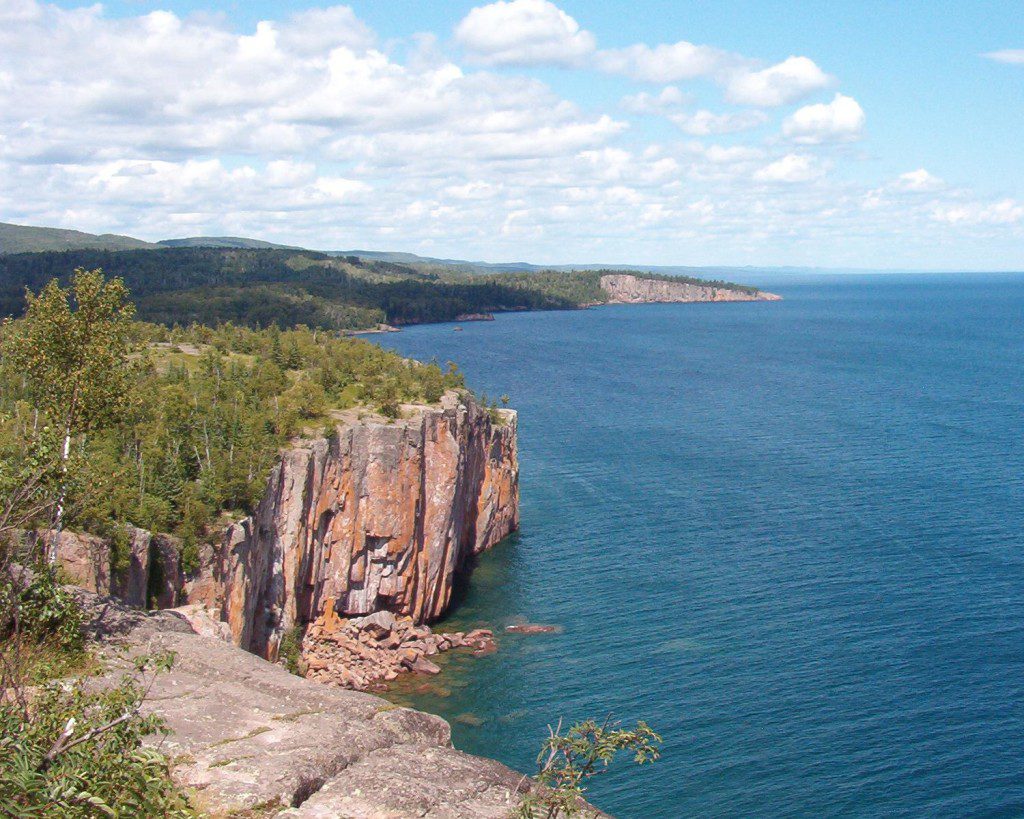 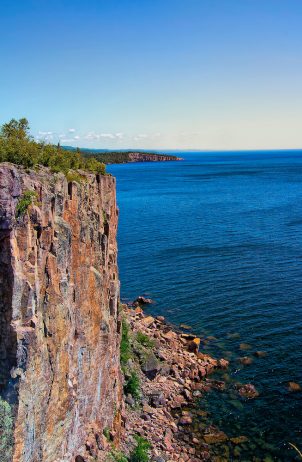