The Nutrients in This Food

All rice is a high-carbohydrate food, rich in starch, with moderate amounts of dietary fiber. Brown rice, which has the bran (outer seed covering), is high in fiber. Rice’s proteins are plentiful but limited in the essential amino acids lysine and isoleucine.

All rice is low in fat, but brown rice, with its fatty germ (the center of the seed), has about twice as much fat as white rice. Brown rice is higher in vitamins and minerals than plain milled white rice. Enriched white rice is equivalent to plain brown rice. All rice is a source of B vitamins, including folates.

FDA ordered food manufacturers to add folates which protect against birth defects of the spinal cord and against heart disease to flour, rice, and other grain products. One year later, data from the Framingham Heart The study, which has followed heart health among residents of a Boston suburb for nearly half a century, showed a dramatic increase in blood levels of folic acid.

Before the fortification of foods, 22 percent of the study participants had a folic acid deficiency; after, the number fell to 2 percent. Rice is also a source of calcium and nonheme iron, the form of iron found in plant foods.

Most Nutritious Way to Serve This Food

Combining the two foods in one dish “complements” or “completes” their proteins. With meat or a food rich in vitamin C (tomatoes, peppers). Both will increase the availability of iron in the rice.

Meat increases the secretion of stomach acids (iron is absorbed better in an acid environment); vitamin C changes the iron in the rice from ferric iron (which is hard to absorb) to ferrous iron (which is easier to absorb).

Diets That May Restrict or Exclude This Food

Look for: Tightly sealed packages that protect the rice from air and moisture, which can oxidize the fats in the rice and turn them rancid. Choose the rice that meets your needs.

Long-grain rice, which has less starch than short-grain (“Oriental”) rice will be fluffier and less sticky when cooked. Brown rice has a distinctive nutty taste that can overwhelm delicate foods or “fight” with other strong flavors.

Avoid: Stained boxes of rice, even if they are still sealed. Whatever spilled on the box may have seeped through the cardboard onto the rice inside.

Store rice in air- and moisture-proof containers in a cool, dark cabinet to keep it dry and protect its fats from oxygen. White rice may stay fresh for as long as a year.

Brown rice, which retains its bran and germ and thus has more fat than white rice, may stay fresh for only a few months before its fats (inevitably) oxidize. All rice spoils more quickly in hot, humid weather. Aging or rancid rice usually has a distinctive stale and musty odor.

You wash all varieties of bulk rice to flush away debris and/or insects. Also, wash imported rice to rinse off the cereal or corn-syrup coating.

You should pick over brown and white rice to catch the occasional pebble or stone, but washing is either worthless or detrimental. Washing brown rice has no effect one way or the other. Since the grains are protected by their bran, the water will not flush away either starches or nutrients.

Washing long-grain white rice, however, will rinse away some of the starch on the surface, which can be a plus if you want the rice to be as fluffy as possible. The downside is that washing the rice will also rinse away any nutrients remaining on plain. And milled rice and dissolve the starch/nutrient coating on enriched rice. Washing the starches off short-grain, Oriental rice will make the rice uncharacteristically dry rather than sticky.

What Happens When You Cook This Food?

Breaking some of their internal bonds (bonds between atoms on the same molecule) and forming new bonds between atoms on different molecules. The result is a starch network of starch molecules that traps and holds water molecules, making the starch granules even bulkier. In fact, rice holds so much water that it will double or even triple in bulk when cooked.

If you continue to cook the rice, the starch granules will eventually, break open, the liquid inside will leak out, the walls of the granules will collapse, and the rice will turn soft and mushy. At the same time, amylose and amylopectin molecules escaping from the granules will make the outside of the rice sticky—the reason why overcooked rice clumps together.

There are several ways to keep rice from clumping when you cook it. First, you can cook the rice in so much water that the grains have room to boil without bumping into each other, but you will lose B vitamins when you drain the excess water from the rice. Second, you can sauté the rice before you boil it or add a little fat to the boiling liquid.

Theoretically, this should make the outside of the grains slick enough to slide off each other. But this method raises the fat content of the rice with no guarantee that it will really keep the rice from clumping.

The best method is to cook the rice in just as much water as it can absorb without rupturing its starch granules. Also remove the rice from the heat as soon as the water is almost all absorbed. Fluff the cooked rice with a fork as it is cooling, to separate the grains.

How Other Kinds of Processing Affect This Food

“Quick-cooking” rice. This is rice that has been cooked and dehydrated. It’s hard, starchy outer covering and its starch granules have already been broken so it will reabsorb water almost instantly when you cook it.

To soothe irritated skin. Like corn starch or potato starch, powdered rice used as a dusting powder or stirred into the bathwater may soothe and dry a “wet” skin rash. It is so drying, however, that it should never be used on a dry skin rash or on any rash without a doctor’s advice.

As a substitute for wheat flour in a gluten-free diet. People with celiac disease have an inherited metabolic disorder which makes it impossible for them to digest gluten and gliadin, proteins found in wheat and some other grains. Rice and rice flour, which are free of gluten and gliadin, may be a useful substitute in some recipes.

Adverse Effects Associated with This Food

Beri-beri is the thiamin (vitamin B1)-deficiency disease. Beri-beri, which is rare today, occurs among people for whom milled white rice, stripped of its B vitamins, is a dietary mainstay. Enriching the rice prevents beri-beri.

Mold toxins. Rice, like other grains, may support the growth of toxic molds, including Aspergillus flavus. Which produces carcinogenic aflatoxins. Other toxins found on moldy rice include citrinin, a Penicillium mold too toxic to be used as an antibiotic; rubratoxins, mold products are known to cause hemorrhages in animals who eat the moldy rice; and nivalenol, a mold toxin that suppresses DNA and protein synthesis in cells. Because mold may turn the rice yellow, moldy rice is also known as yellow rice.

Read More – How to Grow Parsnip, Salsify and Scorzonera 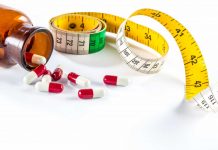 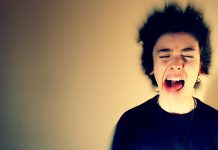 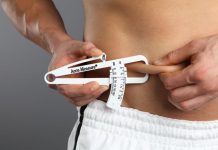 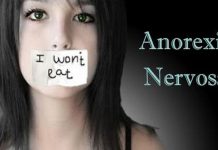 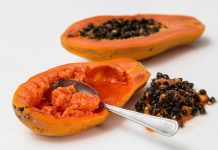 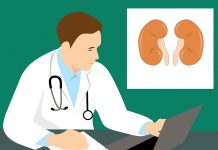