Home Photography Norm the Pug Flies Up, Up and Away 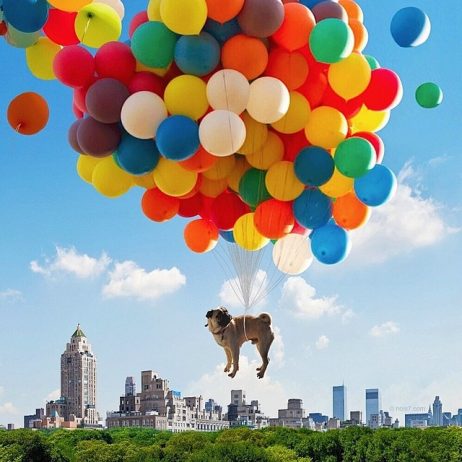 Art director Robert Jahns has taken a photograph of him and formed this whimsical image of Norm strapped to a flamboyant bunch of balloons. Watch as he flies up, up and away. He writes this is Norm, and he does almost everything to have the best view of the city. Norm is the dog of @jermzlee who posts absolutely jubilant images of him on his feed. It was a pleasure to edit one of Norm’s images some time ago. Every image on his feed will make you smile and I hope this one did as well.