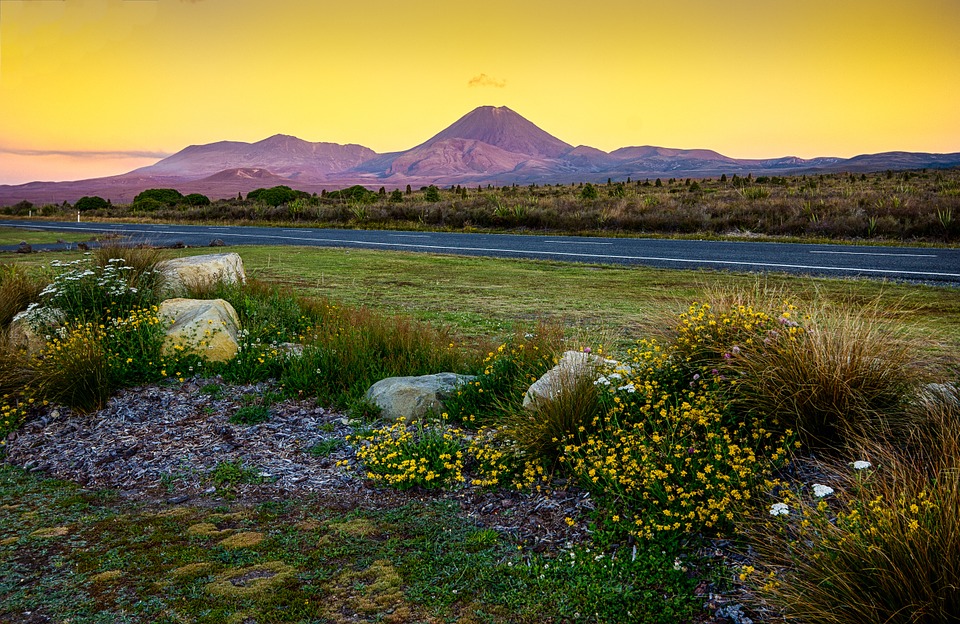 The Tongariro National Park is the home to Mount Tongariro, which is a compound volcano in the Taupo Volcanic Zone of the North Island of New Zealand. It is located 20 KM to the southwest of Lake Taupo, the three active volcanoes that dominate the landscape of the central North Island. Mount Tongariro consists of four massifs made of andesite: Tongariro, Kakaramea, Pihanga, and Ruapehu.

The andesitic eruptions formed Tongariro, a steep stratovolcano, reaching a height of 6,490 ft. Tongariro is composed of layers of both lava and tephra and first erupted 275,000 years ago. With its ruggedly diverse landscape, from volcanic peaks to lush native bush and rivers. The Tongariro National Park World Heritage Site is a natural wonder that beams quintessential New Zealand.

Tongariro is part of the Tongariro volcanic center, which consists of at least 12 cones. Ngauruhoe, while often regarded as a separate mountain, is geologically a cone of Tongariro. It is also the most active vent, having erupted more than 70 times since 1839. The last episode in 1973 to 1975. Also, activity has also been recorded at other vents in modern history. Also, Te Māri Craters erupted in 2012, for the first time since 1897. Red Crater last erupted ash in 1926 and contains active fumaroles. There are a lot of explosion craters on the massif; water has filled some of these to form the Blue Lake and the Emerald Lakes.

The high altitude and harsh alpine climate between March and October cause snowfall in the winter and rain can freeze, causing verglas; in contrast in the mid to late summer, the mountains can be bare apart from remnant patches of snow in south-facing gullies. Unlike nearby Mt. Ruapehu, no glaciers exist on Tongariro today.
Advertisement

However, geomorphological evidence in the form of moraines and cirques indicates the former presence of mountain glaciers. Moreover, the dating of moraines on western Tongariro shows that valley glaciers were present at more than a few times during the last glacial cycle. Before it melts away at the end of the Last Glacial Maximum approximately 18,000 years ago.

Mount Tongariro is New Zealand’s first national park and one of the earliest in the world. The park also includes the peaks of Ngauruhoe and Ruapehu, both of which lie to the southwest of Tongariro. The national park is a dual World Heritage Site for its outstanding natural and intangible cultural values. The popular hiking route called Tongariro Alpine Crossing passes between Tongariro and Ngauruhoe. Mount Tongariro and its surroundings are also one of the several locations which Peter Jackson chose to shoot The Lord of the Rings film trilogy.

Mt Tongariro had what was initially believed to be a hydrothermal eruption after a month of increased activity. The eruption occurred at the Te Māri Craters, which had been dormant since 1897. The eruption occurred in a new vent below the Upper Te Māri crater and sent blocks as large as 1 meter in size up to 2 kilometers from the vent.

State Highway 1 to the east and State Highway 46 to the north of the mountain each received up to 5 centimeters of ash cover and were closed until the following morning due to ash and low visibility. A layer of ash 10 to 15 millimeters thick settled on farmland 5 to 10 km east of Mount Tongariro. Particle sizes were between 2 and 3 millimeters.

The airspace within a 12 km radius of the mountain was closed after the eruption. New Zealand canceled some flights in and out due to the risk of volcanic ash clogging the engines on their aircraft serving those airports. Mount Tongariro erupted again, ejecting an ash cloud 4000 meters into the air. Many flights in the region were canceled and in the subsequent morning. Geologists had no warning before the eruption, saying it wasn’t linked to warnings the week before of elevated activity at nearby Mount Ruapehu. 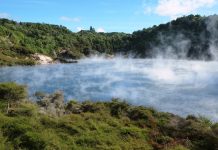 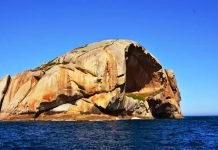 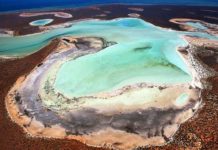