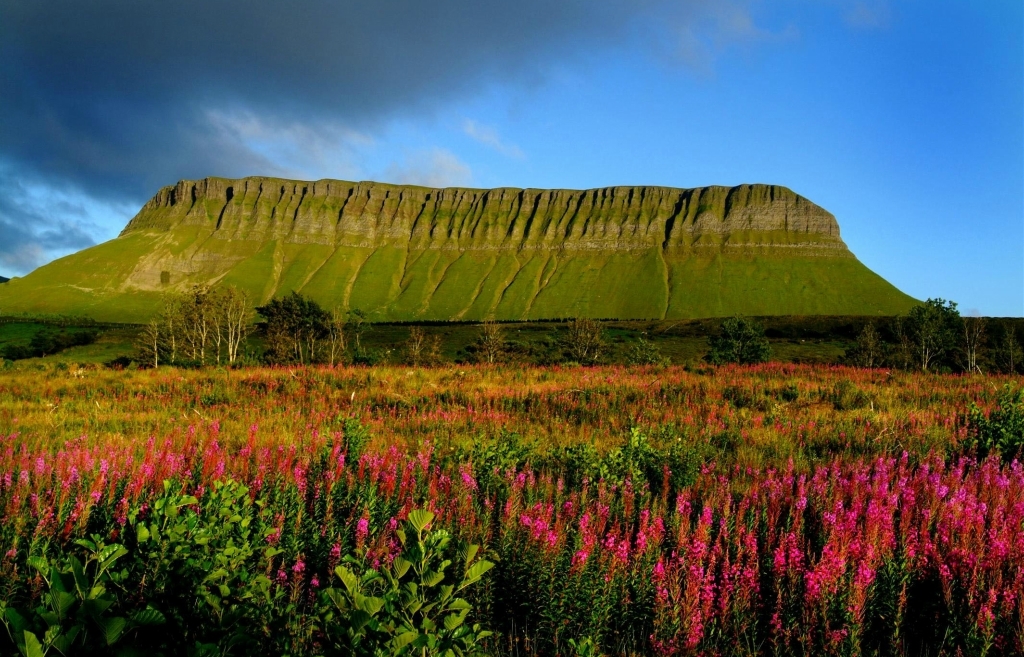 Mount Benbulben is located in County Sligo, in the extreme north-west of Ireland, 10 KM north of the town of Sligo. The mountain Benbulbin is 527 meters and an entire county of Sligo and it’s symbols. Mount Benbulben is a protected site, designated as a County Geological Site by Sligo County Council. According to Irish legend, lived on this mountain monstrous boar of Benbulbin, Diarmuid was killed and buried in a hill Lech MUIKAM, near Dramkliffa at the foot of Benbulbin.

According to his will buried the great Irish poet WB Yeats. It’s present form the mountain was during the last glacial period. Initially, it had a high “hump” that was cut creeping glacier. Benbulbin almost entirely composed of limestone rocks. The name Benbulbin is also echoed in the name of the king Conall Gulban, a son of Niall of the Nine Hostages who was associated with the mountain; though, whether he was named after the mountain or the mountain after him is not clear.
Advertisement

Mount Benbulben was shaped during the ice age when Ireland was under glaciers, actually, it was a large plateau and with the passage of time, it converts into distinct formation. Benbulbin Mountain is composed of limestone on top of mudstones and these rocks formed approximately 320 million years ago in a shallow sea. Fossils exist throughout the layers of the mountains. All layers have many fossilized sea shells. The shale layer also holds some corals.

Mount Benbulben is an established dangerous climbing destination. Because the side bears the brunt of the high winds and storms that come in from the Atlantic Ocean. However, if you climb from the south side of the mountain which is considered an easy side since that side slopes very gently. And when climbers reached the summit, they’re rewarded with a magnificent view over the coastal plain of north Co. Sligo and the Atlantic Ocean.

Therefore; Mount Benbulben hosts a unique and rare variety of plants, including particular organisms found nowhere else in Ireland. Several are Arctic-alpine plants, which grows in cooler temperatures then is normal. Some plants were deposited when the glaciers created Benbulbin i.e wild hares and foxes inhabit Benbulbin. In 2012, some researchers exposed that the Fringed Sandwort had survived the Ice Age and is possibly 100,000 years old. 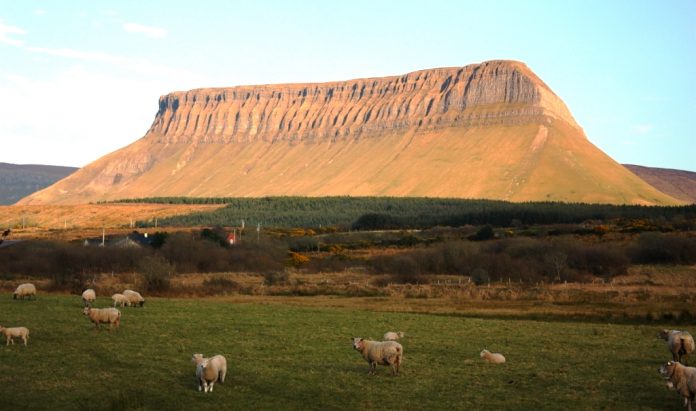 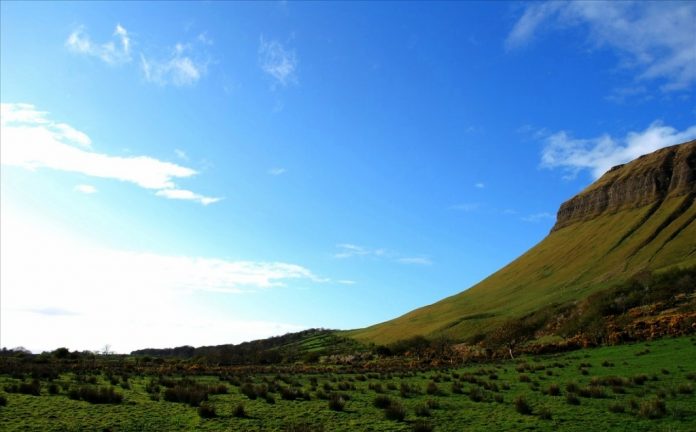 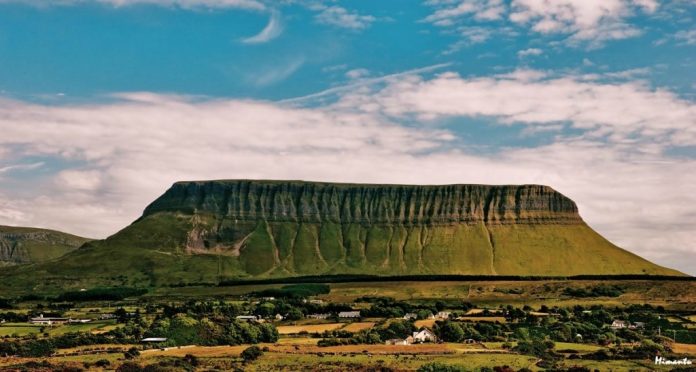 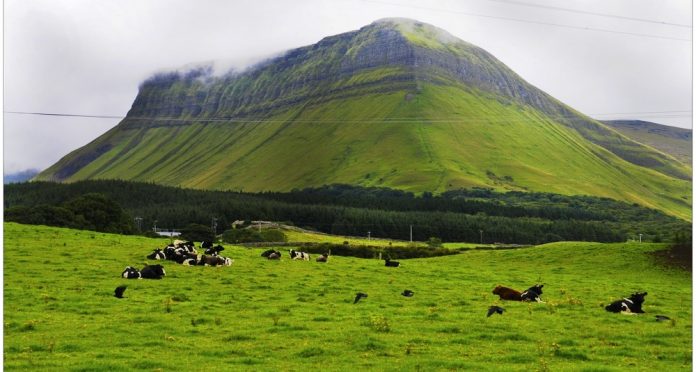 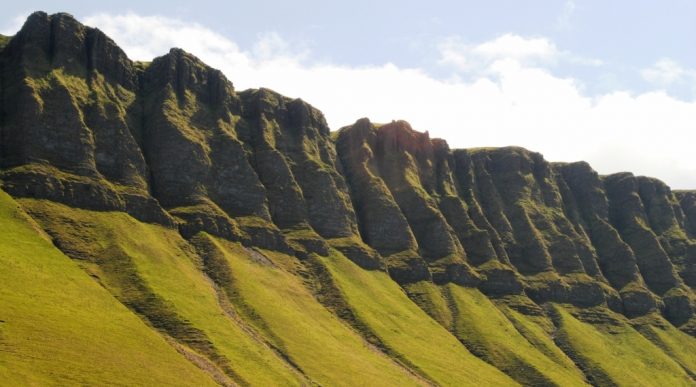 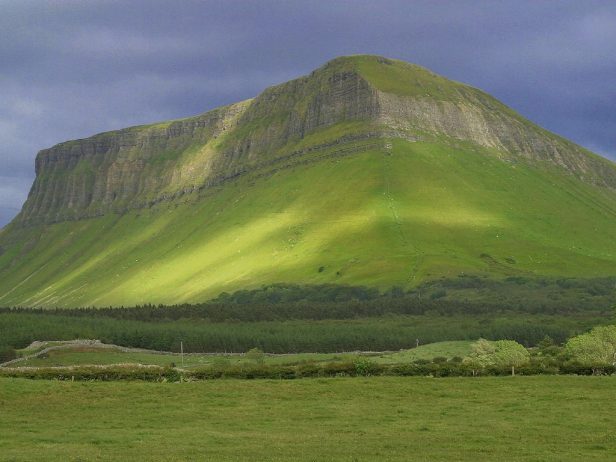 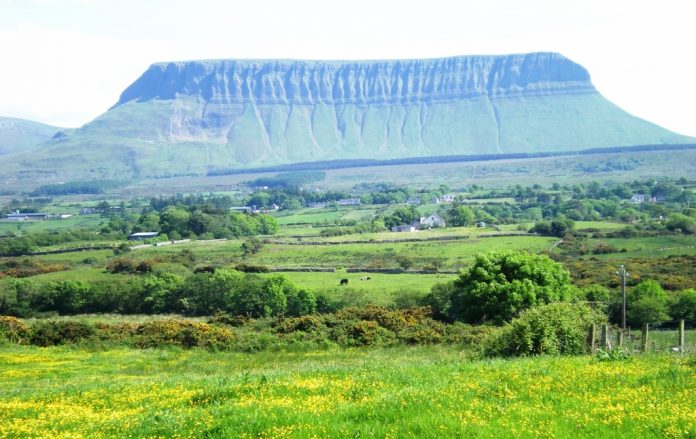 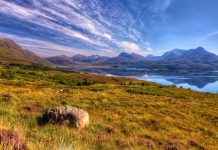