Mendenhall ice cave is one of the most amazing natural phenomenon’s that can be found in Alaska, United States. Mendenhall Glacier, is a twelve mile-long mass of ice in Juneau, Alaska, is a widespread tourist attraction. Few visitors, however, see the glacier from its most spectacular vantage point: inside it.

The glacier and surrounding landscape is protected as the 5,815-acre Mendenhall Glacier Recreation Area, a federally-designated unit of the Tongass National Forest. The rising of global temperatures have main caused the glacier to start melting. It has receded by approximately two miles since 1958. Expert agrees that earth is warming due to human activities, and climate change is causing glaciers to melt quickly than they’d naturally.

It is because due to human activities have released significant amounts of carbon dioxide and other greenhouse gases into the environment. Water has carved caves into the interior, creating surreal, turquoise-toned worlds whose shapes are ever changing.
Advertisement

You’ve to be extremely fit to make a trip to the Mendenhall ice caves. Because it needs a difficult journey and it involves a kayak ride or long hike, an ice climb. Also have a strong faith that the melting caverns won’t collapse in on you but the unbelievable landscapes are an once-in-a-lifetime sight. The inside views is extremely remarkable, as if like being in another world.

The cave has various forms of the water cycle at the same time. You can watch the striking water flowing over the ceiling that looks like a tunnel of blue glass. The amazing colored stones bluish ice, and pretty little waterfall. You will feel like in an aquarium marine park. 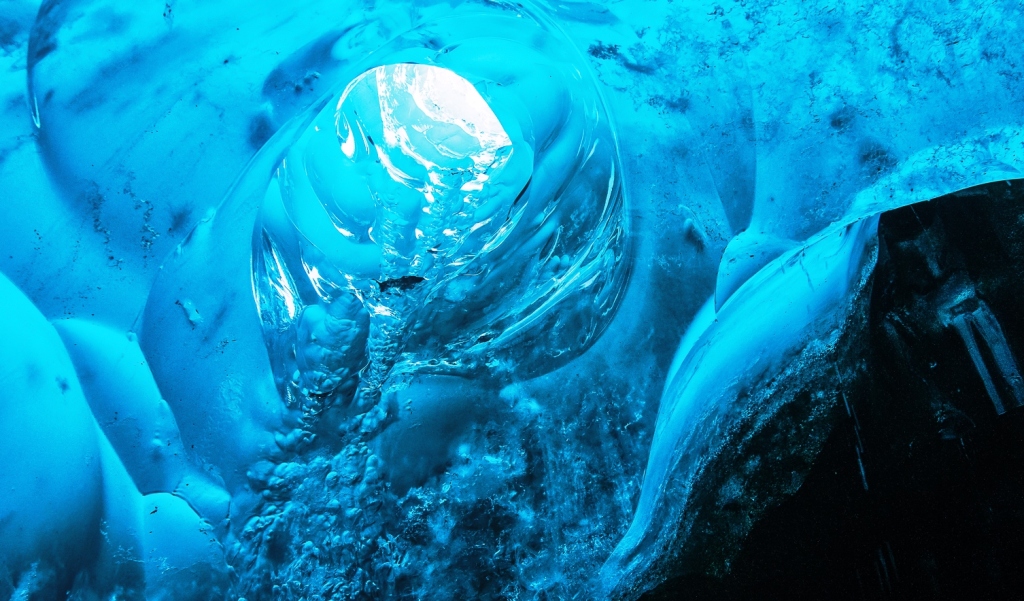 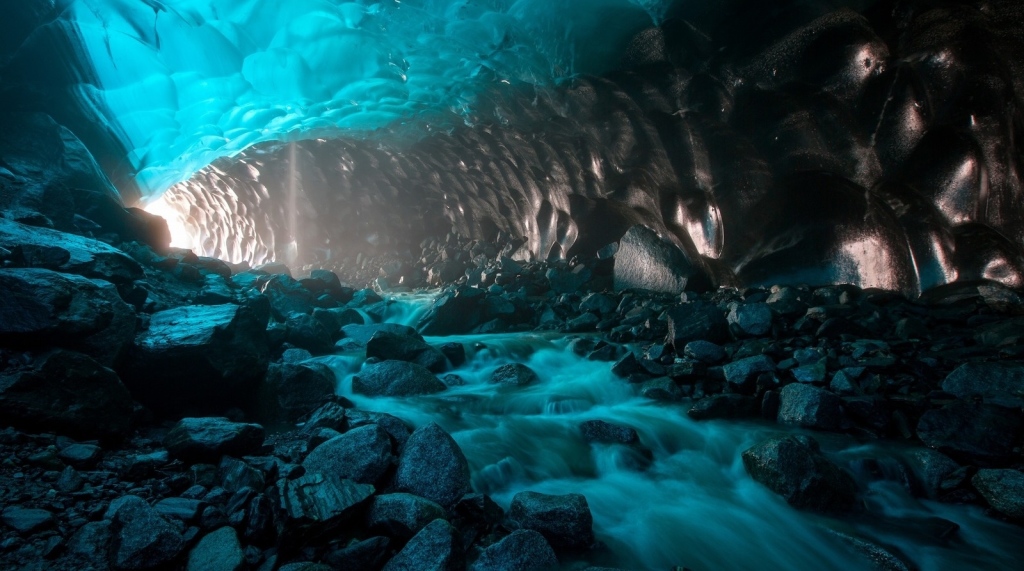 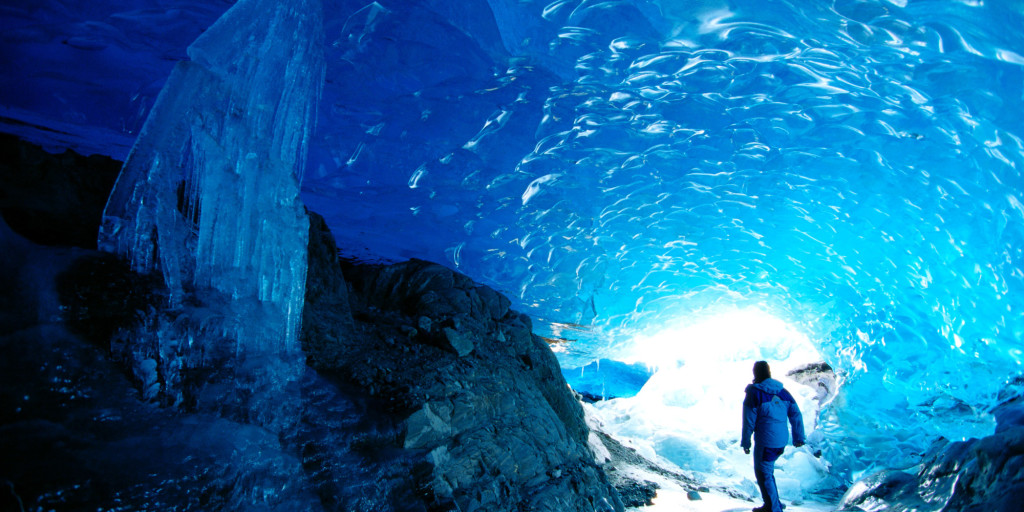 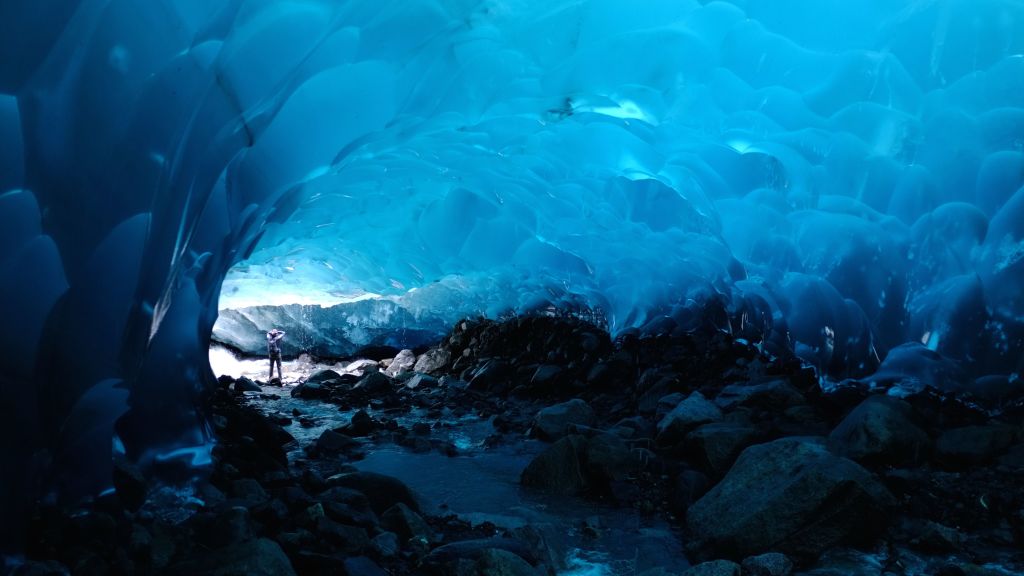 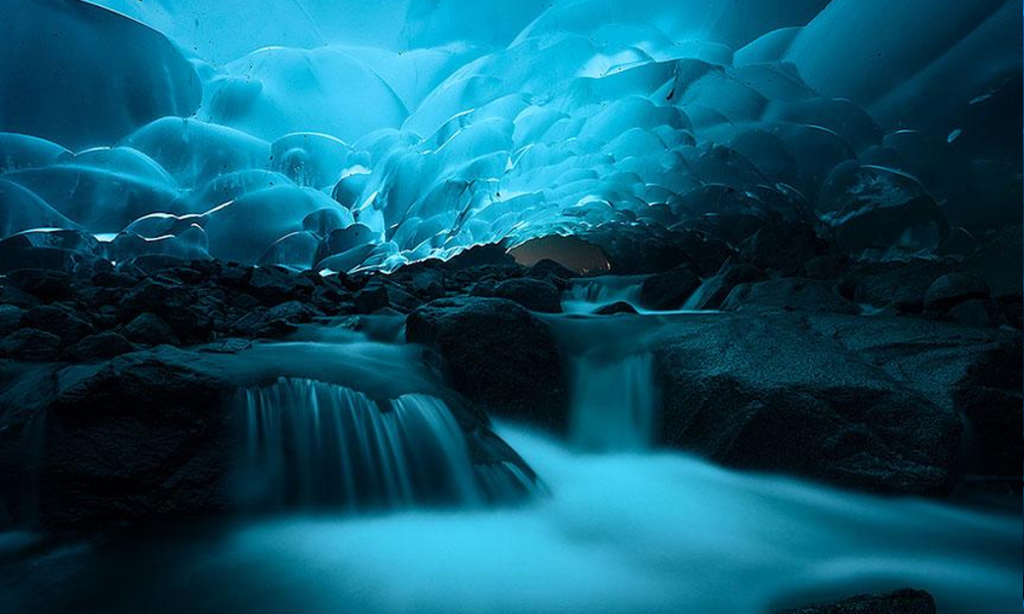 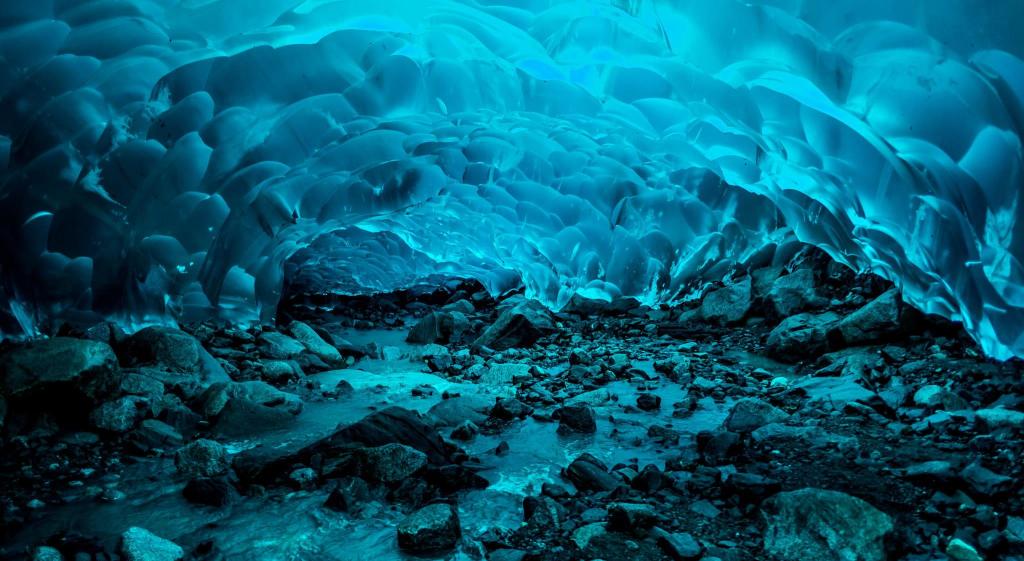 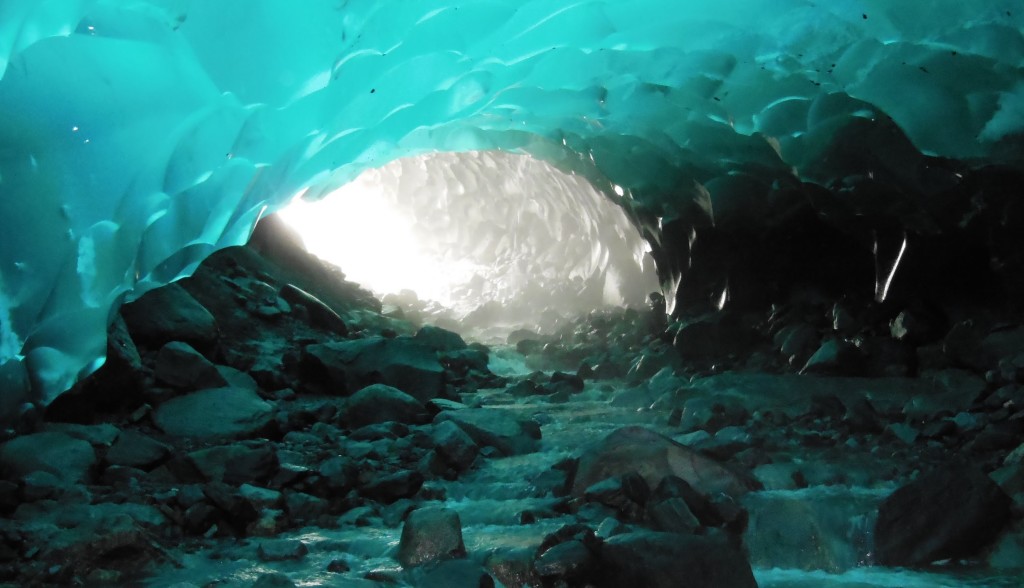 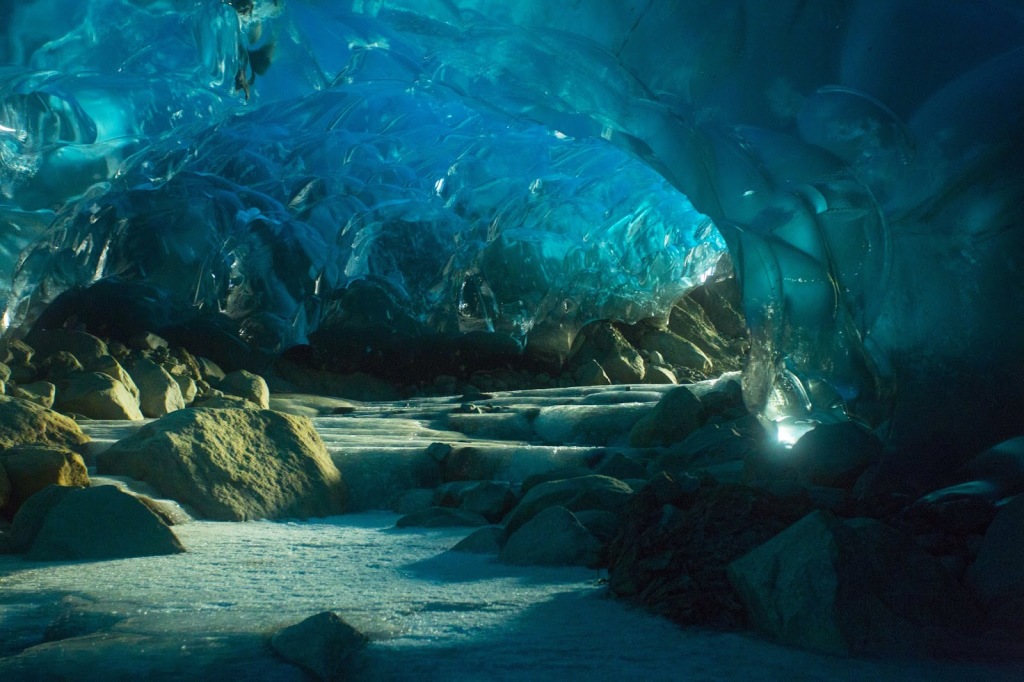 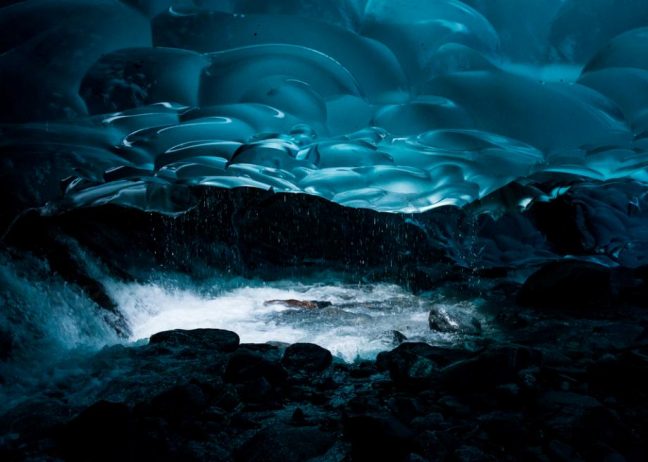 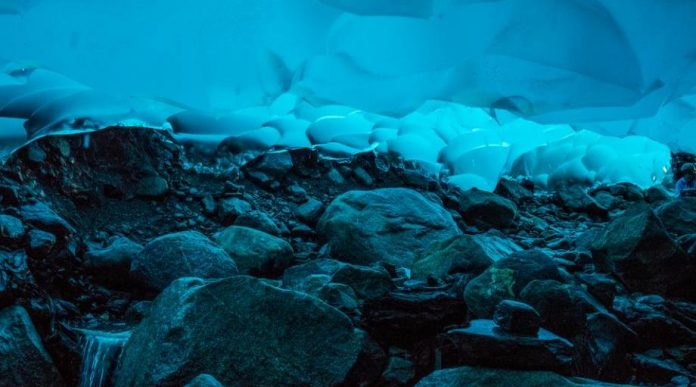 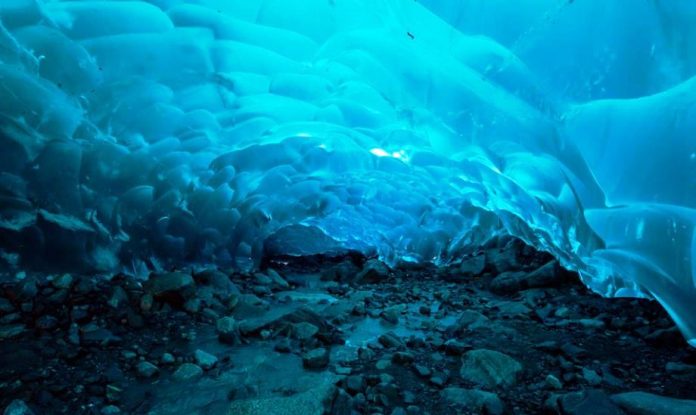 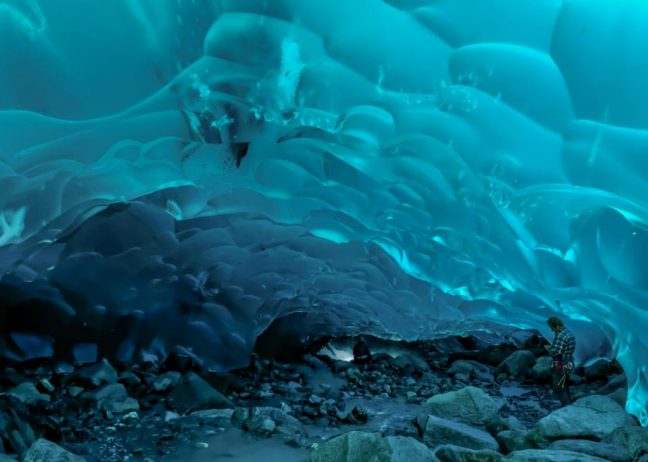 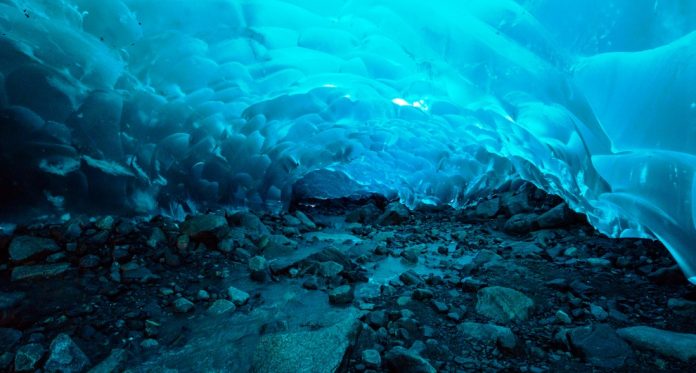