Faisal Masjid is the largest Masjid in Pakistan, situated in the national capital city of Islamabad. Faisal Mosque was completed in 1986 and this masterpiece was designed by Turkish architect Vedat Dalokay to be designed like a desert Bedouin’s tent.

It is located at the north end of Faisal Avenue, putting it at the northernmost end of the city and at the foot of Margalla Hills, the westernmost foothills of the Himalayas.

The Faisal Mosque is named after the late King Faisal bin Abdul Aziz of Saudi Arabia, who actually supported and financed this project. Faisal Mosque is a popular Masjid in the Islamic world and is famous for both its immense size and its architecture.

It is located on an elevated area of land against a picturesque backdrop of the Margalla Hills. This enviable location represents the Masjid’s great importance and allows it to be seen from miles around day and night.

It has a covered area of 54,000 sq ft and has a capacity to accommodate almost 300,000 worshippers about 100,000 in its main prayer hall, courtyard, and porticoes, and another 200,000 in its adjoining grounds. Each of the Mosque’s four minarets is 260 ft high the tallest minarets in South Asia and measure 10 x 10 m in circumference.

The minarets borrow their design from Turkish tradition and are thin and pencil-like. The interior of Faisal Masjid prayer hall holds a very large chandelier and its walls are beautifully decorated with mosaics and calligraphy by the famous Pakistani artist Sadequain.

Moreover; the mosaic pattern decorates the west wall, and has the Kalmah written in early Kufic script, repeated in the mirror image pattern.

Also Read: Derawar Fort in the Cholistan Desert of Bahawalpur 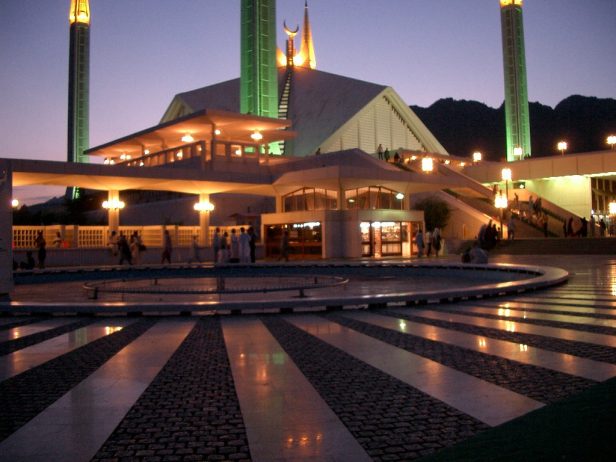 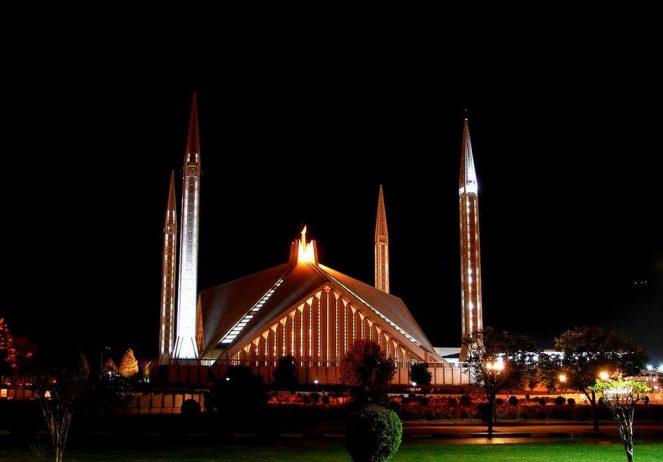 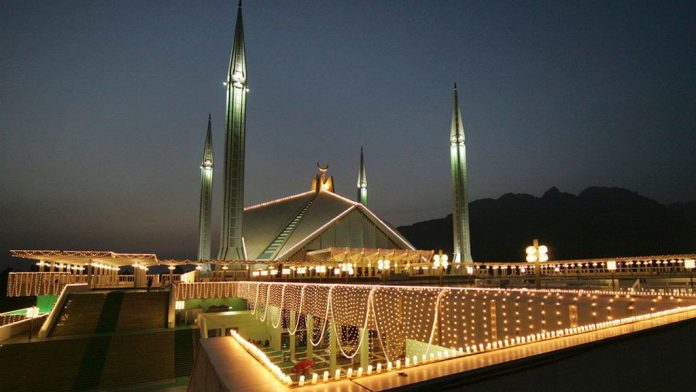 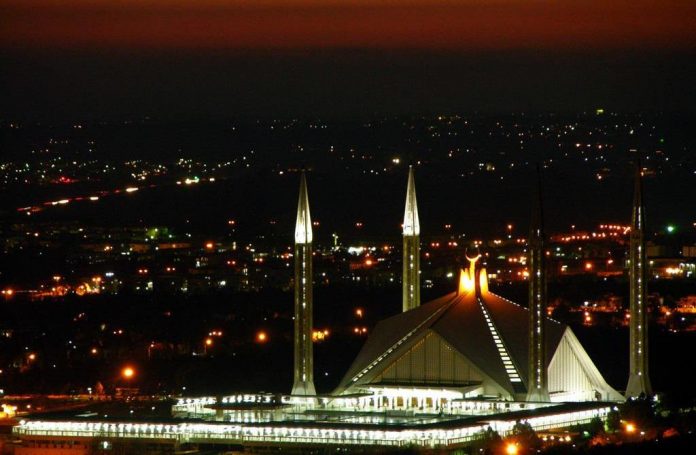 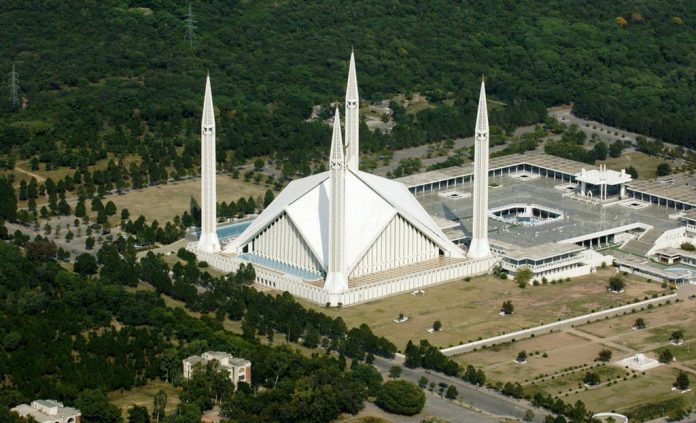 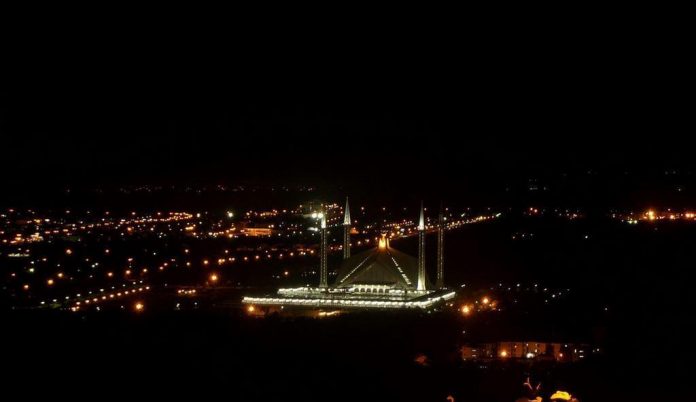 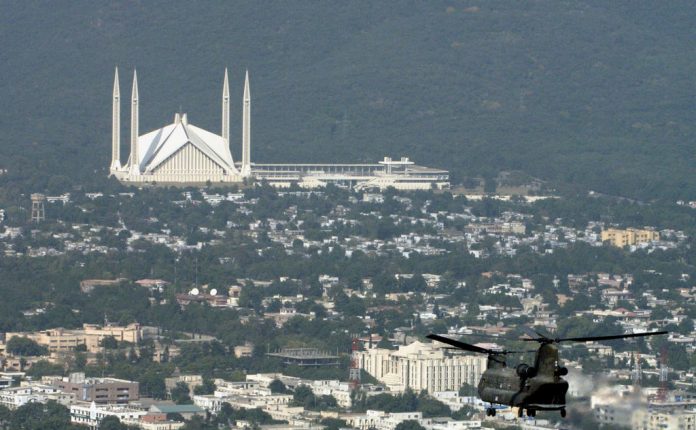 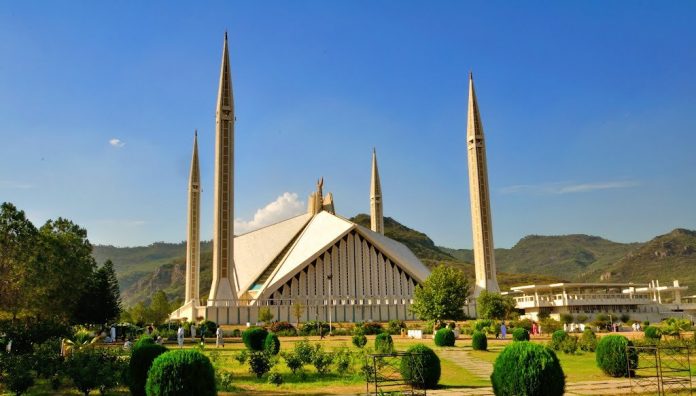 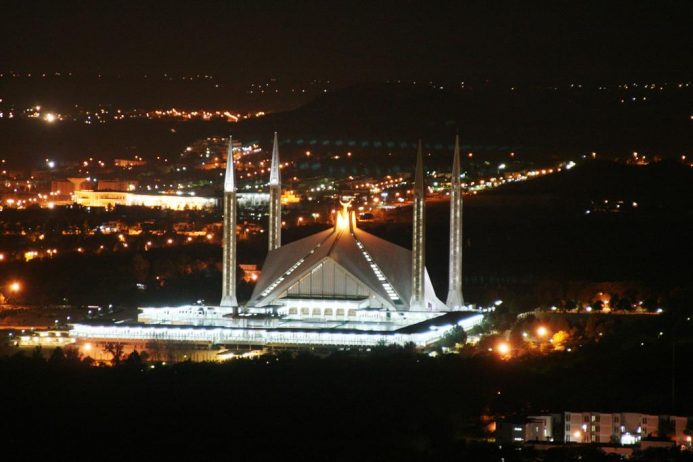 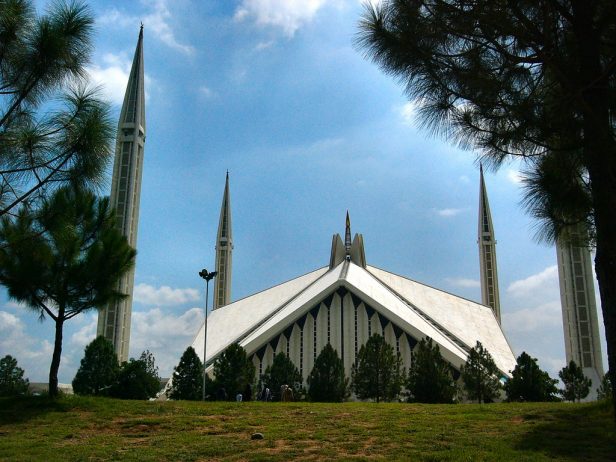 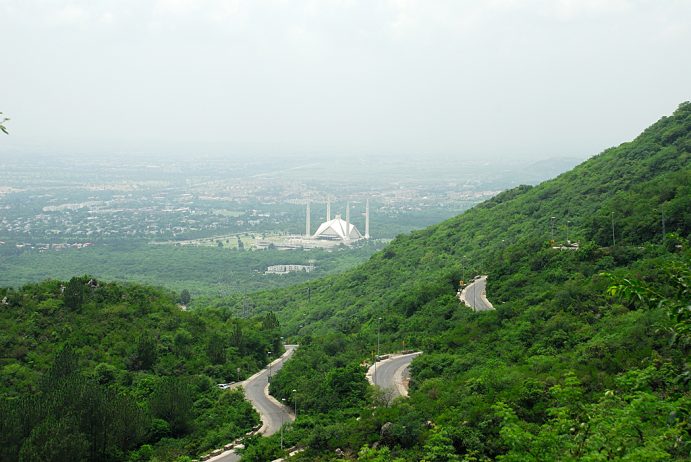 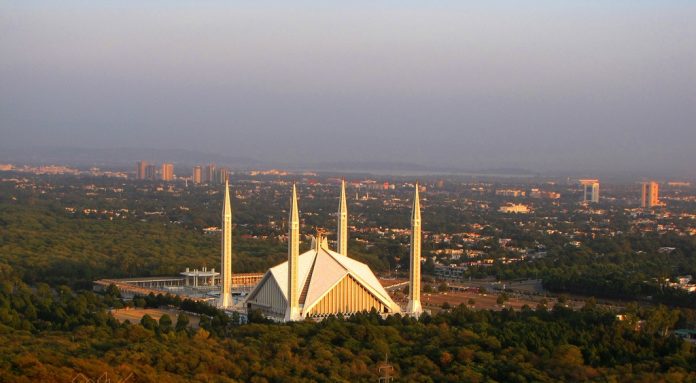 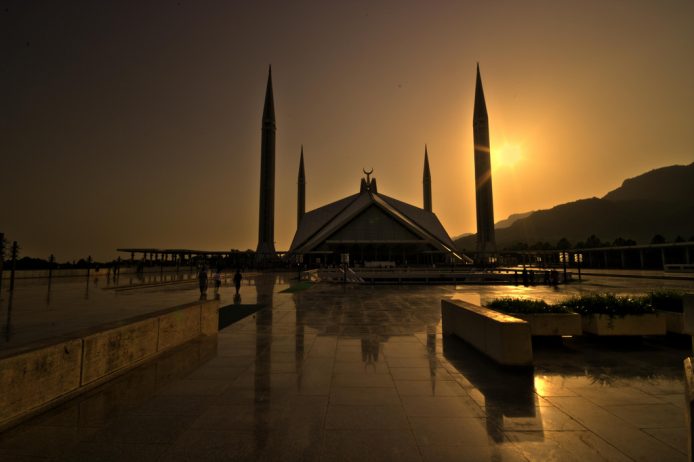 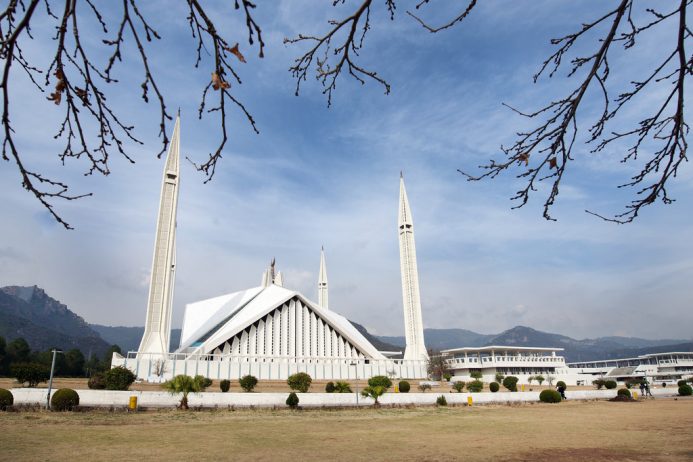 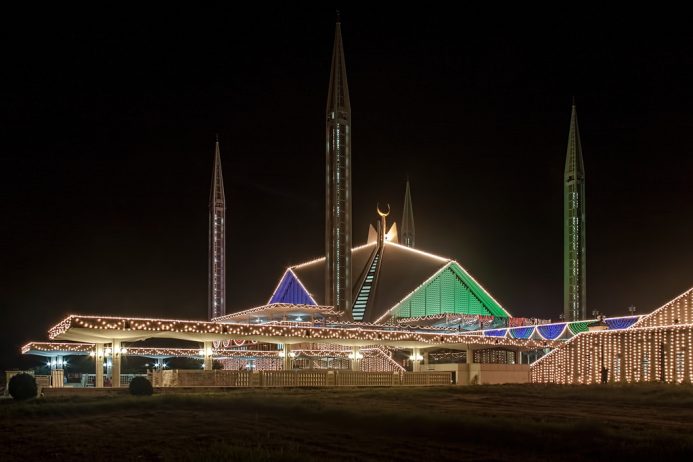 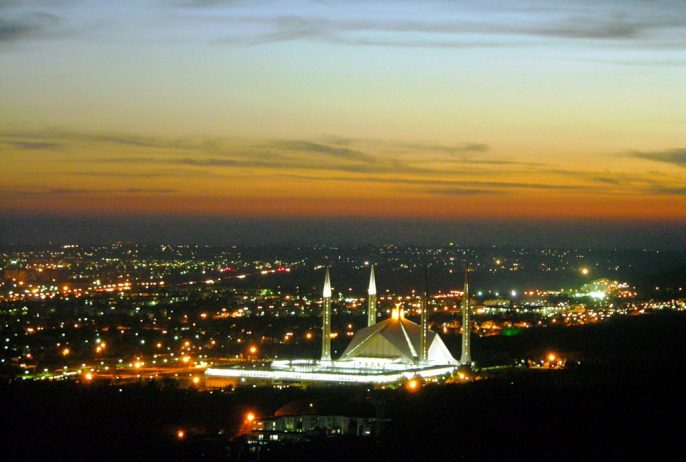 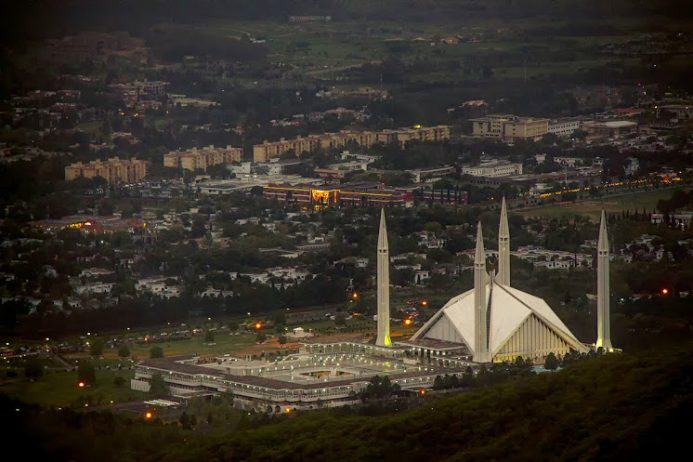