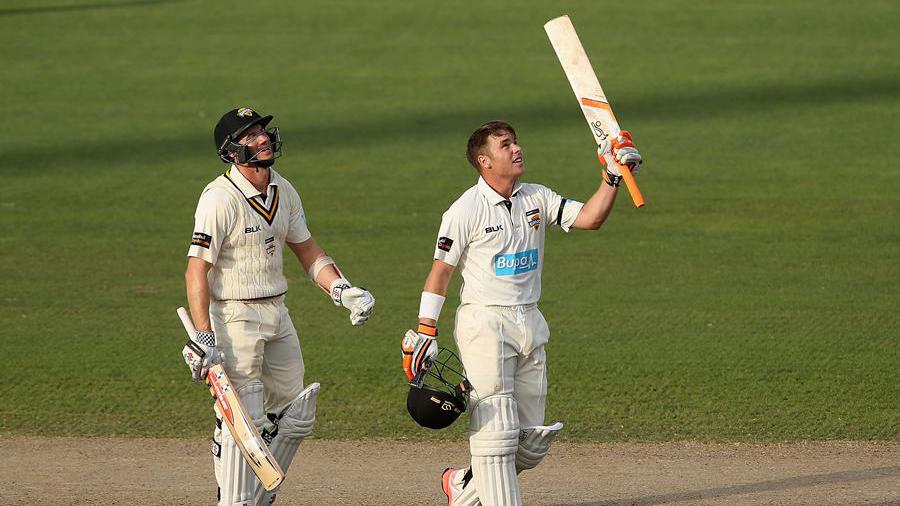 Marcus Harris was recently dismissed for 26 in both innings of his Test debut in the first Test against India in Adelaide.  The first ever instance of South African Dan Taylor made twin 36s on test debut against England in Durban in 1913-14.

The Indian all-rounder Syed Abid Ali made33 in both innings of his debut, against Australia in Adelaide in 1967-68. Another South African, Bernard Tancred, made 29 and 29 – a large proportion of his side’s runs in their inaugural Test – against England in Port Elizabeth in 1888-89.  See: