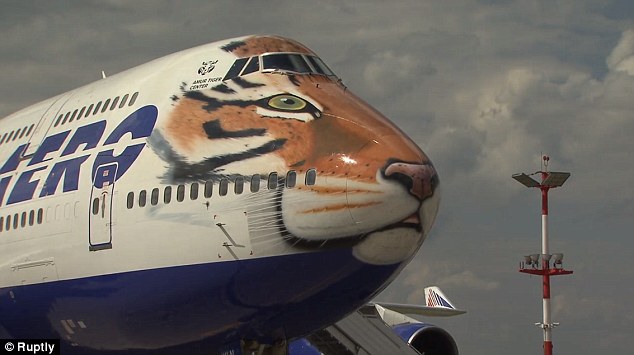 A Transaero Boeing 747 was ornamented in spectacular fashion with the face of an Amur tiger to highlight the draw attention to the plight of the big cat, which is one of the most endangered animals in the world. It is entitled “Tiger Flight”, the project optimisms to educate the international community on the issues of environmental protection and put a stop to the poaching of the rare breed. The decorative aircraft a joint project of the Amur Tiger Center and Transaero Airlines was presented to the public at Moscow Vnukovo airport.

Cat-Air Airways now boarding has kept much of its stock design, aside from the unique tiger livery, but there’re extended plans to distinct the color scheme and to adorn the interiors of the aircraft’s cabin at a later date. Olga Pleshakova, the CEO Transaero Airlines said: We think that the airline’s participation in the joint project with the Amur Tiger Centre represents a steady development in the Transaero’s CSR policies. The cautious conservation of wildlife is the object that no one should remain uncaring to. Only by uniting efforts of people with the high sense of responsibility for the upcoming of our planet, we can ensure a harmonious development of the present and future generations on the planet earth. The joint project will comprise an information campaign and Transaero Airlines’ in-flight magazine will feature a distinct wildlife section. Passengers of the “Tiger Flight” plane, which will be used on highly popular routes to draw extreme attention, will also have an opportunity to watch documentaries filmed by the Amur Tiger Center while on board.

Andrei Smirnov, Director General of the Amur Tiger Center, said: “One of the main object is that are being tackled by the Amur Tiger Center is to draw attention to the problems of conservation of Amur tigers and the danger that this big, but at the same time vulnerable, animal has to face. We are pleased to find at Transaero Airlines the like-minded people and friends caring about nature and aiming at promoting the image of “The owner of the Taiga (boreal forest)”. The “Tiger flight” project is a leading example of such a welcoming partnership and support to good deeds by joint actions.’ WWF in recent times released astonishing footage of an Amur tiger being set free into the wild in a mountainous region in Russia’s Far East. The young male, recognized as a “conflict tiger”, was living in continuous threat due to the lack of prey within its area. It was captured and collared by the Russian government before being released. After a few threatening growls it ran off without looking back.Source: Dailymail 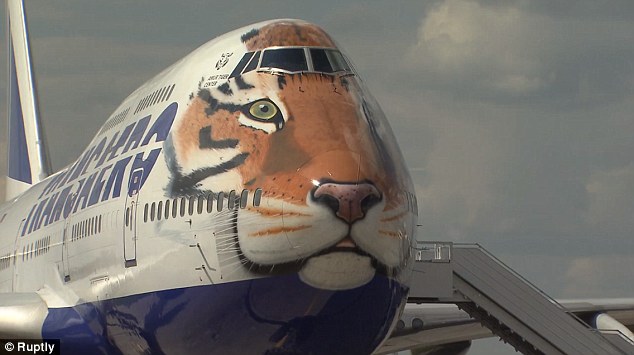 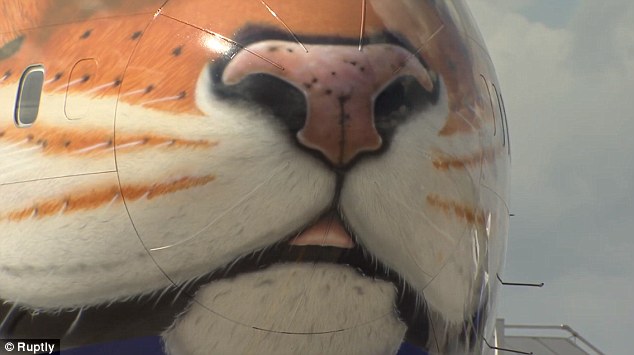 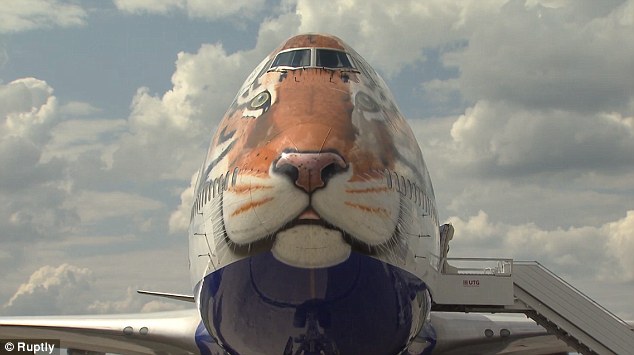 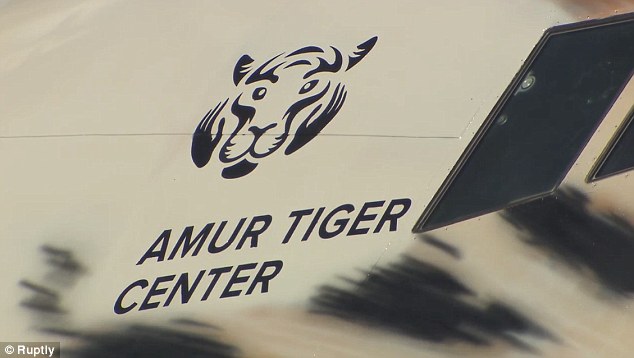