The display flight of a male long-tailed Widowbird, also known as the ‘Sakabula’, with its arched tail, rowing wing beats, and red epaulets, is a memorable spectacle. There are three isolated populations of this species: in the Kenyan highlands; in Angola, southern Zaire, and Zambia; and in Southern Africa.

It is not known when these populations were last in contact but, surprisingly, it is the birds of the central group which are the most distinct morphologically from the Kenyan and southern African populations. Therefore, southern African birds are extended from the Eastern Cape Province through the Free State, Transkei, Lesotho, KwaZulu-Natal, and western Swaziland to the Transvaal plateau.

The species just enter southeastern Botswana, but it is most common in the central Highveld of South Africa. It occurs up to 2750 m in the Drakensberg Mountains. The isolated population near the Humans’ drop in the Eastern Cape Province has been present for at least several decades.

There are no records from Mozambique, Zimbabwe, or Namibia. The Long-tailed Widow is distinctive in breeding plumage and noticeably larger than any other Euplectes species. It is, nevertheless, less likely to have been overlooked or misidentified in mixed flocks of Euplectes.

The vegetation analysis emphasizes its reliance on open grassland habitat. Reporting rates were highest in Mixed Grassland, followed by Sweet and Sour Grasslands. The reporting rate in Alpine Grassland was lower than in the other grassland types.

It is much easier to recognize in nonbreeding plumage than other Euplectes, which explains the less marked seasonality in reporting rates compared with its congeners. There is no evidence for large-scale seasonal movements in the atlas data, nor from previous field observations. Existing evidence from the edge of the range in south-eastern Botswana indicates that it almost disappears during drought, but rapidly expands its range again during wet cycles.

The atlas data mainly span October–April which accords with egg-laying information from the Transvaal and Eastern Cape Province. Egg lying has been recorded as late as June in KwaZulu-Natal.

However, it will join other ploceids in mixed-species flocks, hence, it seems to associate with other species less often than most Euplectes. Its breeding areas may overlap with the Red-shouldered Widow E.axillaris, although the Long-tailed Widow is generally the more common species at higher altitudes.

It was not recorded in Botswana by Smithers and the atlas records may represent a local range expansion into this region, or the records could represent different stages of a dynamic edge of the distribution, dependent on rainfall. Its open grassland habitat can be degraded by too-frequent fires and overgrazing by livestock.

In addition, large areas of its range have been transformed by dense human settlements and commercial afforestation. On the positive side, it is attracted to cultivated Eragrostis grass pastures when nesting. The magical long-tailed widow is currently not considered threatened, but it could be a useful indicator of habitat quality in grasslands. 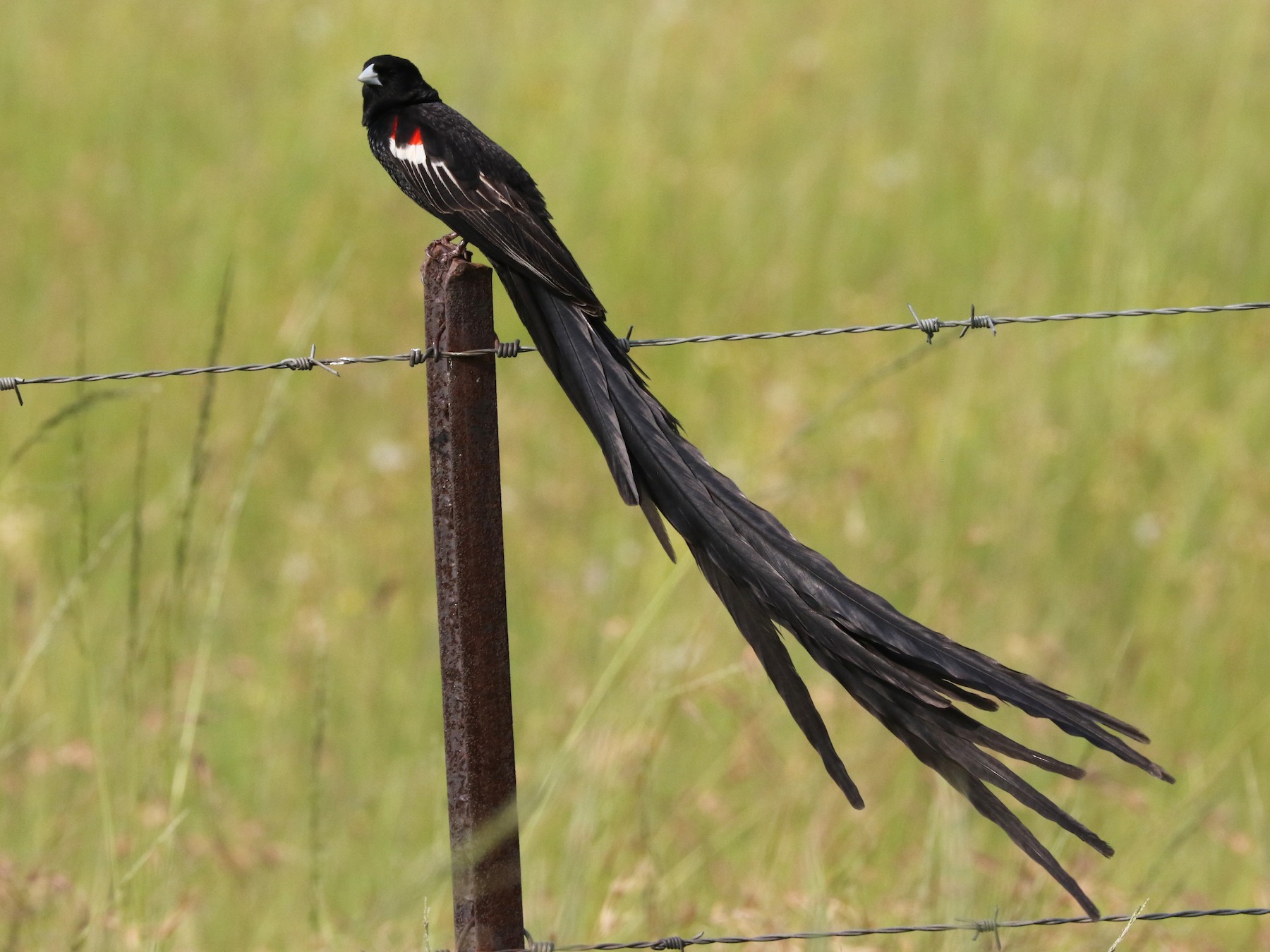 There are three isolated populations of this species: in the Kenyan highlands; in Angola, southern Zaire, and Zambia; and in Southern Africa. Photo Credit –ebird.org