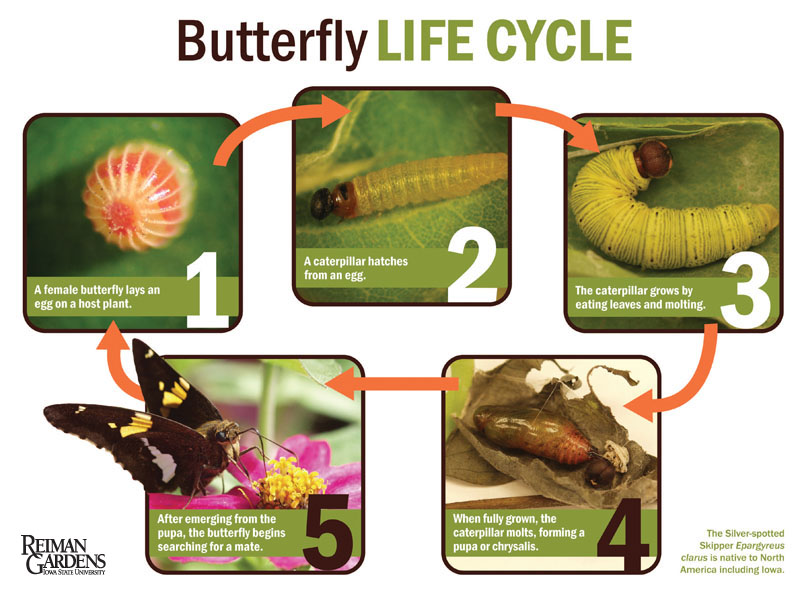 Well, all butterflies and moths go through the same basic life cycle. The Basic Life Cycle of Butterfly starts out as eggs are also known as “ova” and when these hatches, they do so as very small caterpillars, properly known as “Larvae”. Life Cycle of Butterfly goes through several stages or instars each of which is separated by a skin change, known as “molt” or “ecdysis”. When the larva has reached a certain size, it changes into a chrysalis or “pupa”. It stays like this for some time and then emerges as the adult, or “imago”.

Moreover, various butterfly families use several different methods of egg-laying. Sometimes they lay them singly, sometimes in batches, on the underside of a leaf. Others choose to lay there eggs on dead leaves or twigs, or on rocks near there food plant. This is usually to avoid the eggs being eaten by other caterpillars or herbivorous animals. Another way to reduce the risk that the eggs will be eaten is to lay them on a part of the plant that is rarely consumed, such as a tendril.

Some plants have evolved a chemical defense system that will kill any eggs laid on its leaves before they get a chance to hatch. When this is the case, the butterfly has to lay its eggs nearby, rather than directly onto the food plant. Probably the most unusual place used by a butterfly for egg-laying is in a cobweb this is done by the Australian Rustic (Cupha prosope), from New Guinea and eastern Australia.

This might sound a strange place for egg-laying but what safer location could there be for them than within the striking range of a spider? This species of butterfly continues with the safety theme while it’s the small larva, as it dangles on the end of a silken thread when it’s not actively feeding.

Most larvae get their first meal after hatching by eating the eggshell and this is often a vital source of protein, which is needed for there arduous struggle through the various instars (an ‘instar” is the name given to each stage of the larval development between skin changes).

The reason for the larval skin changes is much the same as when a child outgrows its shoes and needs to change them for a larger size the caterpillar’s skin won’t stretch anymore. So it’s time for a new one! The larva’s major preoccupation is with feeding; indeed they have been described as “eating machine” which sums up their role very well. They usually increase there weight many thousands of times in a matter of weeks.

The cuticle, from which the skin is mostly constructed, cannot stretch enough for the expansion in body volume due to the massive food intake, so when it’s ready to do so, a hormone is released which triggers the skin to split behind the head; it is then cast off, along with the spiracles, revealing a soft, fresh new one underneath. After a while, this hardens up, and the caterpillar wanders off and starts feeding ag ain in some species though, the caterpillar eats the molted skin first.
Advertisement

Furthermore, when the larva changes into a pupa, it does so in order to rearrange its internal structures, so that it can change into a butterfly. This process is sometimes known as “metamorphosis”, is one of the great marvels of the natural world, and has been used as a metaphor throughout history. The Greeks thought that a butterfly’s emergence from the pupa was “a personification of the human soul”. A thousand years later, in early Christian teaching, the metamorphosis was used as s symbol of resurrection.

When the caterpillar is ready to turn into a pupa, it will first find a suitable place for the transformation to take place. With some species, this means a short walk to the nearest twig, but with others, it may mean a long crawl to a distant location. This is perhaps to minimize the risk of them being found by parasitic wasps, although clearly the farther apart the members of a brood are, the less is the risk of them falling victim to the same predator.

Once the caterpillar has found a site that meets its criteria, it will anchor itself to the plant, tree, or rock. There are several different anchoring methods, but eh most common is the construction of a silken pad, which is glued in some way to the chosen surface. The caterpillar then attaches itself to the pad with a special device called a cremaster, and sometimes also with a “silken girdle”, which is just a thin cord running around its middle, to help to support the weight.

The final skin change then takes place, in much the same way as a larval molt, although instead of a fresh skin being underneath, the cuticle hardens into a pupal case. The pupa will then wriggle incessantly to make the shed skin break free and drop to the ground. The reason for this is not proven, although it is highly likely that it is to ensure any parasite eggs laid on the skin will be discarded along with it.

In the days leading up to the butterfly’s emergence, the pupa will often change color as the wings become visible through the pupal case. This is often accompanied by a lot “wriggling” around as it undergoes the final changes. There is no one set time when emergence occurs in butterflies, but very often they do so in the morning so that by the time they start to emerge the sun has warmed the air, and the new butterfly can bask in its warming rays.

During the time from emergence to first flight it is extremely vulnerable as it cannot escape should a predator find it. Until its wings have unfurled, it cannot benefit from any chemical defenses it has either as its warming colors are not visible, or so it may be killed before its unpalatability is discovered.

There is still a great deal of mystery about how butterfly wings go through the transition from being soggy wet “buds” to fully expanded dry wings. The mechanical mechanisms of there unfolding are worthy of research, as there are many places where we could benefit from such perfection of design. For instance, if we could copy this process, it would mean bigger solar panels could be constructed for satellites, as they could be made to fold away more efficiently.

This would lower costs, and raise efficiency in the future, the signal for your mobile phone, or television may depend on the engineering of a butterfly wing. The marvels of nature’s engineering will still be providing inspiration to mankind for a long time to come!

When the butterfly has dried its wings fully, it will take its first flight. If it’s a male it will spend the first few days of its life as an adult seeking nutrition, looking for flowers rich in nectar from which to extract the all-important sugars that it will use as fuel on its hunt for a mate. This issue is fraught with problems if the male is too young he will not be fully sexually mature and if the female is too old, she will be infertile or will already have mated.

This is why males typically emerge about a week before the females. It also means that predation will occur mostly among the more common males in some species the ratio of males to females can be extremely high with in excess of 50 males for every female. It’s therefore important if a butterfly is going to be eaten, that it’s a common male and not a rare female.

Not all butterfly species have male to female ratios this high but, even so, it is not surprising that there is a great deal of competition for fertile females. In some butterfly species, the male will find what he considers to be a good patch of territory and will patrol it, chasing off any other males that try to encroach. This way, he is proving himself fit the job of defending his territory he would lose out to a stronger male.

There are many other ways that females select their mates; for instance, the catch me if you can routine, where she will fly at speed through bushes and trees, and only males that can keep up are considered worthy. The selection mechanisms and general behavior involved in butterfly reproduction have been the subject of many studies over the years. Some of these have found some very interesting things for instance during the 1960s.

It was discovered by Stewart Swihart when he was working in Trinidad that early in the day individuals of the small postman (Heliconius erato) have their vision enhanced in the yellow part of the spectrum. It’s believed this is because they feed mostly from yellow flowers.

Somewhere around mid-morning, however, something in the brain switches there sight to being predominantly in the red part of the spectrum. This is because the females have distinctive red markings on their wings, which the males use as signals for courtship begin. They will then inspect anything that is red, and of the roughly the right size. When a female makes an appearance, she will be pursued by any males within range. Some things don’t change throughout the animal kingdom! We hope now you understand the Life Cycle of Butterfly. 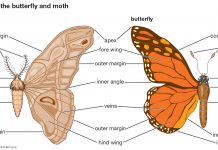 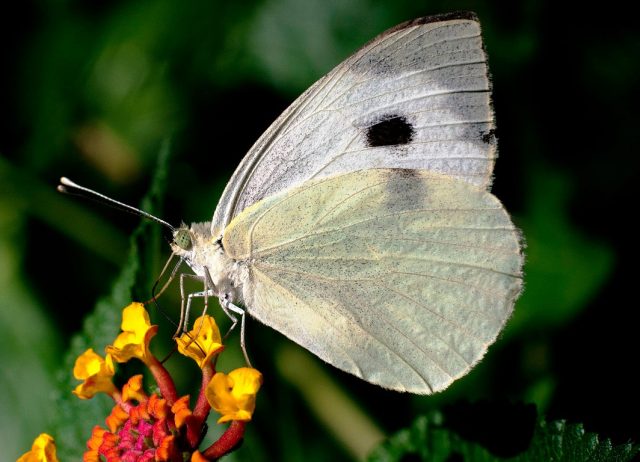 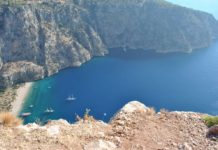 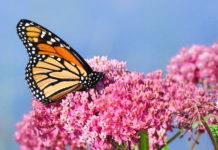 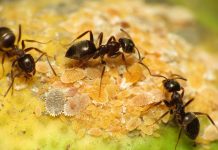