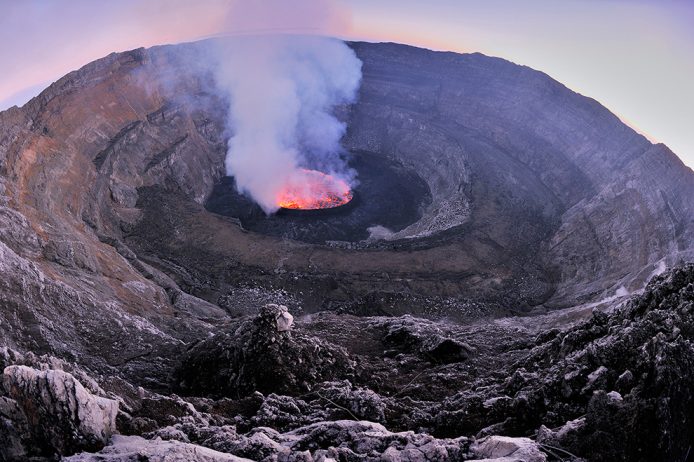 You would be thinking that the last place on earth where people would want to inhabit to the bottom of a steep volcano hosting the world’s largest fluid lava lake. Mount Nyiragongo Virunga National Park Democratic Republic of the Congo is an active volcano and very famous for housing the biggest lava lake in the world. The volcano’s slopes are steep and lava is very fluid, thus enabling it to flow in high velocity when it erupts.

In spite of the continuous threat of catastrophic fiery death, the area at the foot of Mount Nyiragongo is dotted with greatly populated bustling villages. Well, the one such disaster happened in 1977, when the walls of the crater burst open and the lake of molten rock drained in less than an hour, pouring itself down into the villages at a frightening speed of up to 60 mph.
Advertisement

Different your average lava flow, the exclusive presence of an alkali-rich volcanic rock, melilite nephelinite, creates a extremely fluid consistency, allowing it to move at speeds that can with no trouble overcome anything in its path. The official death toll was 70, but numerous report states much higher numbers, some guessing the losses at several thousand.

The dreadful eruption of 1977 took place when the lake was at its maximum depth ever recorded, 10,700 ft., but the extent of its volume varies depending on activity. Because no one exactly knows how long the volcano has been active, but history tells us since 1882 it’s been very busy, erupting more than 34 times, sporadically bubbling and spewing fire for years before settling down.

It is located inside Virunga National Park about 20 km. North of Goma, Mount Nyiragongo is now still active, its last deadly eruption taking 147 lives in 2002. Its activity is, for now, being confined to the crater, where the lake of lava is slowly rising once more. 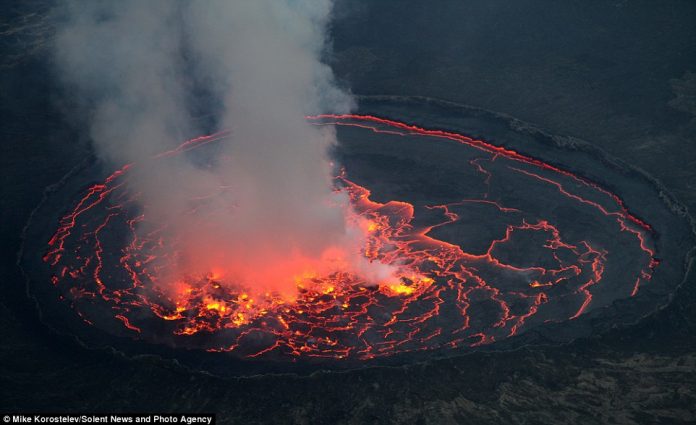 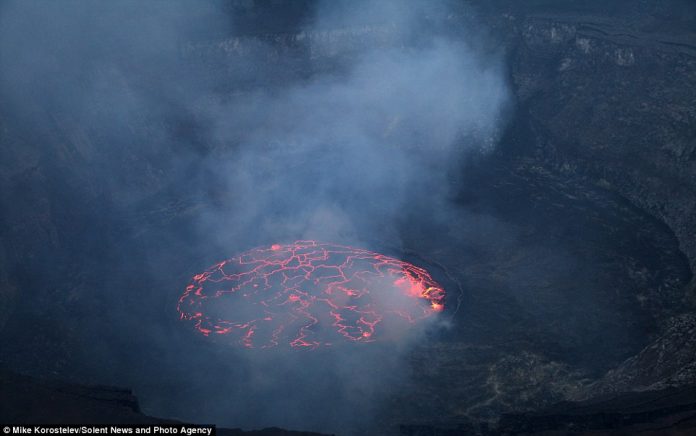 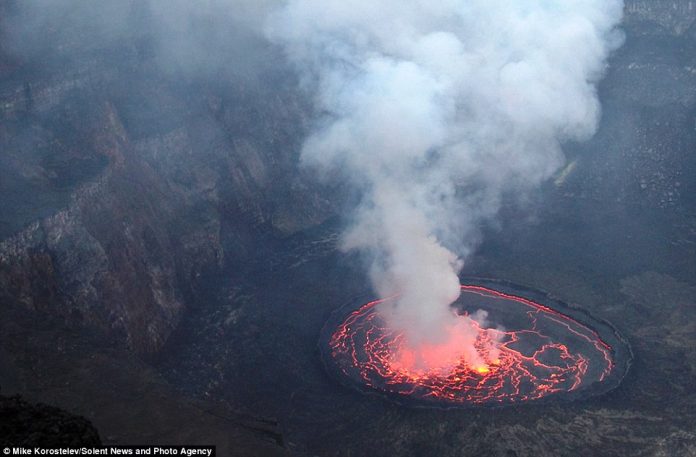 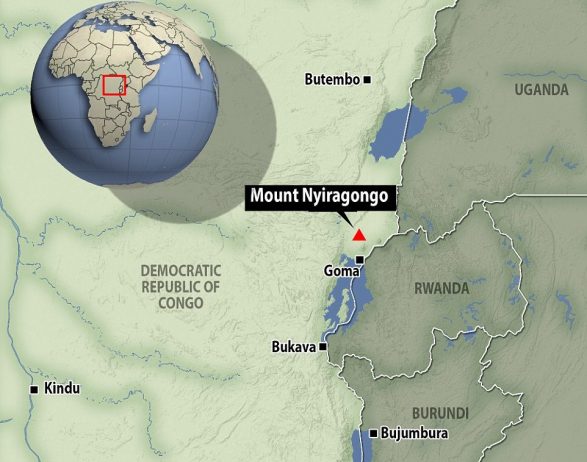 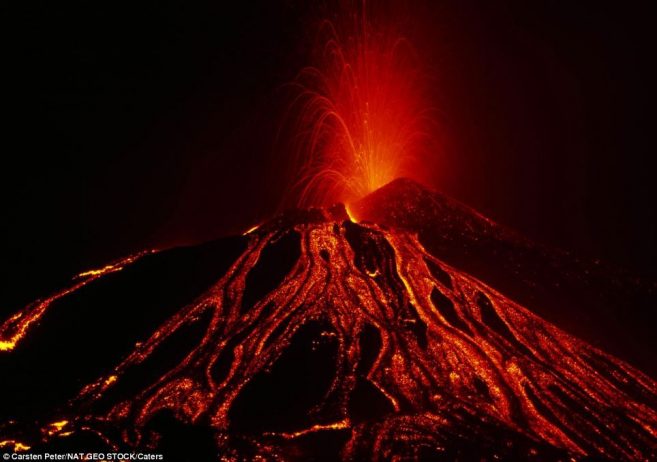 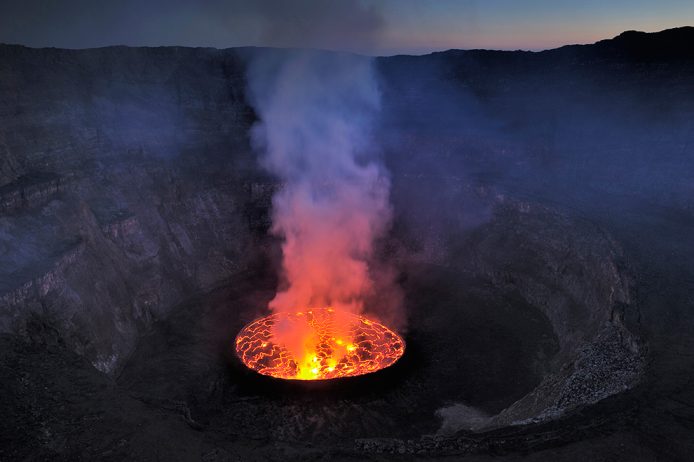 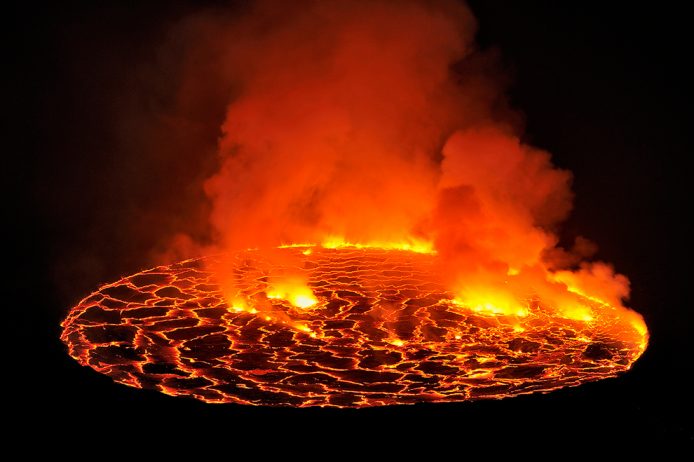 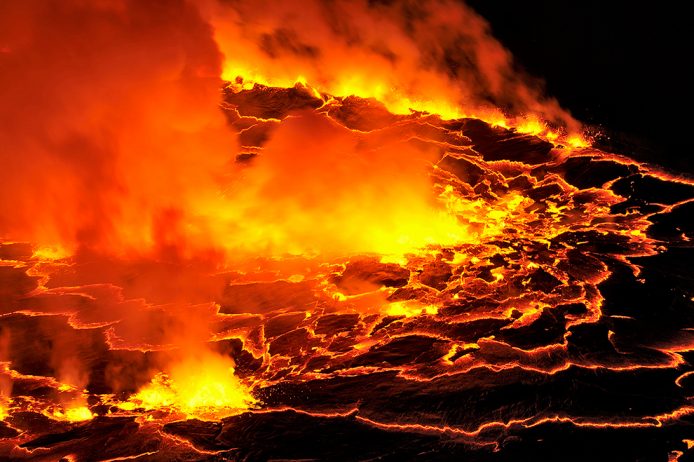 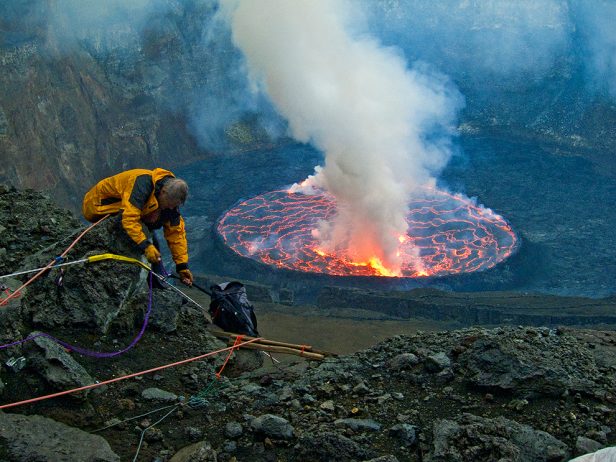 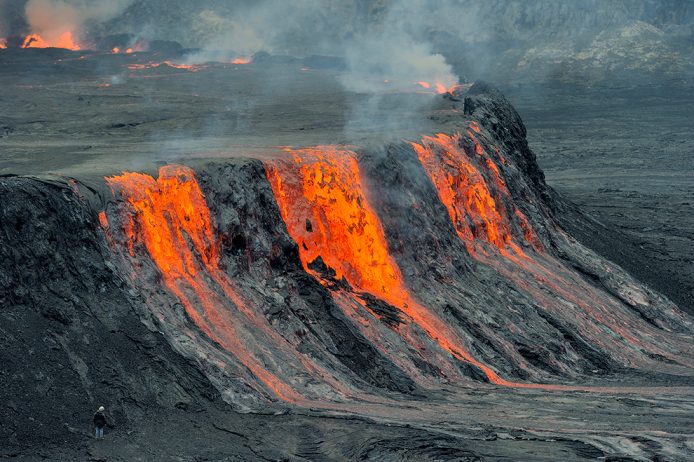 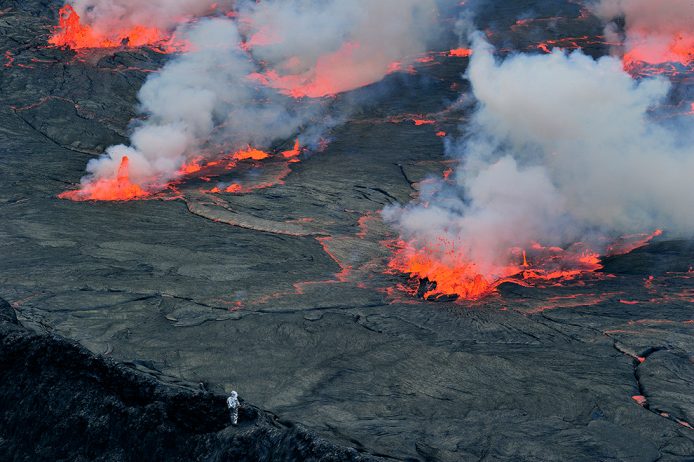 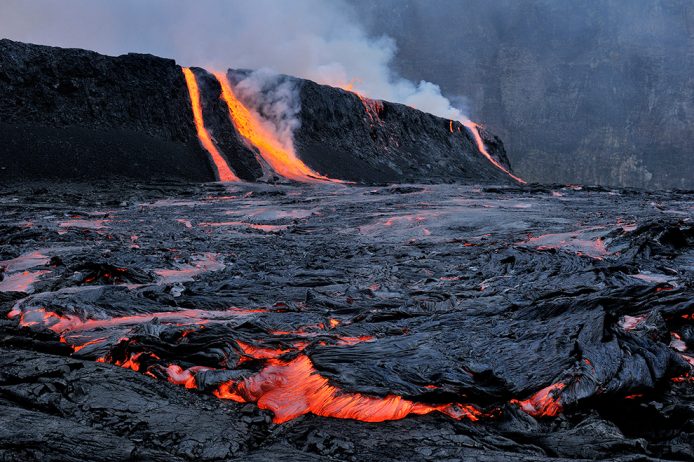 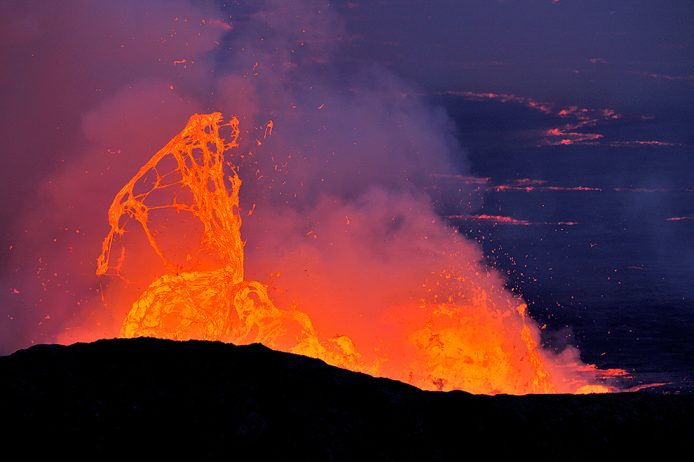 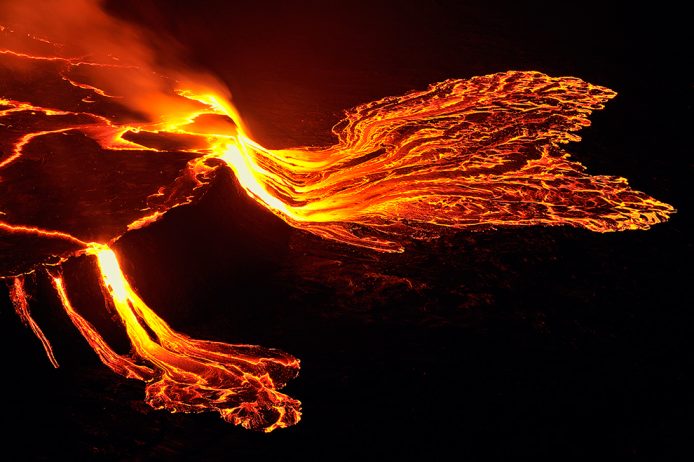