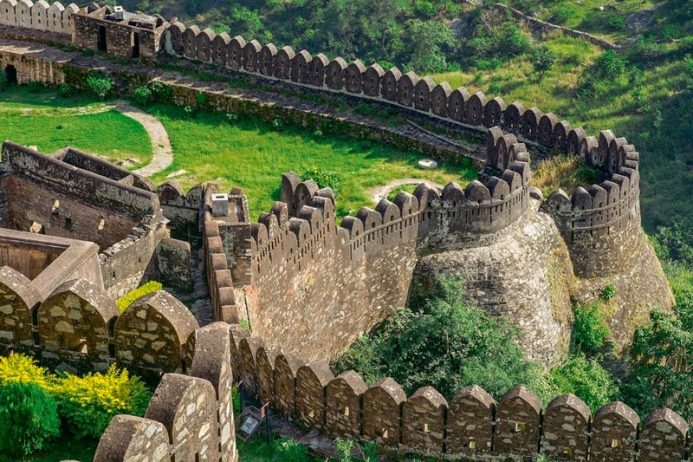 The wall that surrounds the ancient fort of Kumbhalgarh Fort is one of the best-kept secrets in India, located 84 kilometers north of Udaipur, in the state of Rajasthan, in western India.  The fort which the wall surrounds is built high on a hill and dominates the landscape, being more than 1000 meters above sea level. It is protecting a huge fort that contains over 300 ancient temples, as you may expect this being India.

It was hoped, of course, that because of the protection of the wall, violence could be avoided simply because any advancing enemies might not be able to penetrate it. The wall was constructed half a millennium ago in tandem with “Kumbhalgarh Fort” itself, the second most significant citadel after Chittorgarh in the Mewar region.

The Kumbhalgarh fort is surrounded by a perimeter wall that is an amazing 36 kilometers long and varies in width from 15-25 feet. The ancient fort was built during the 15th century by Maharana Kumbha and is one of 32 forts built by the Rajput ruler of the Mewar kingdom. History claims that 8 horses could ride side by side over it.
Advertisement

Though there are several massive walls constructed by rulers to defend their kingdoms, building such a large protective boundary around a single fort was unheard of. However, there’s no wonder, the gigantic wall at Kumbhalgarh took almost a century to construct and made the fort impregnable. Although various claims it would be the second-longest continuous wall after the Great Wall of China.

Various legends refer to it as called “The Great Wall of India”. Therefore, the unassailable Fort boasts of seven gigantic gates and seven ramparts strengthened by rounded bastions and massive watchtowers. Moreover, inside the defensive walls, there are more than 360 Jain and Hindu temples and a wonderful palace at its pinnacle aptly named “Badal Mahal” or the Palace of Cloud?

Well, from the palace top, it is likely to see various kilometers into the Aravalli Range and the sand dunes of the popular “Thar Desert” can also be seen from here. According to some famous folklore, Maharana Kumbha used to burn huge lamps that consumed 50 kilograms of ghee and 100 kilograms of cotton to provide light for the farmers who worked during the nights in the valley.

So, tourists should beware if this piece of history, though tempting and well-preserved, is not well-trafficked. Although the remoteness and potential to have miles of ruins all to oneself is attractive to plenty of off-the-beaten-path travelers, but the walls are strong and tall, the hard stones, and though various traps and defensive mechanisms along the wall and fort have been deactivated, that does not mean fortunes cannot happen.

Throughout the over five hundred years of its history, the fortress fell into enemy hands only once and this was only because the drinking water ran out within its walls. Yet notwithstanding its size and its history, the Great Wall of India remains somewhat of a mystery to that outside of India.

Actually, travelers are warned that approximately the lesser-traveled areas of the wall should not be climbed. Ancient defense mechanisms and traps, though mostly disabled, are still assumed to exist in some of its more distant positions. Therefore, those wishing to explore the miles of ruins on their own are warned that accidents can happen. 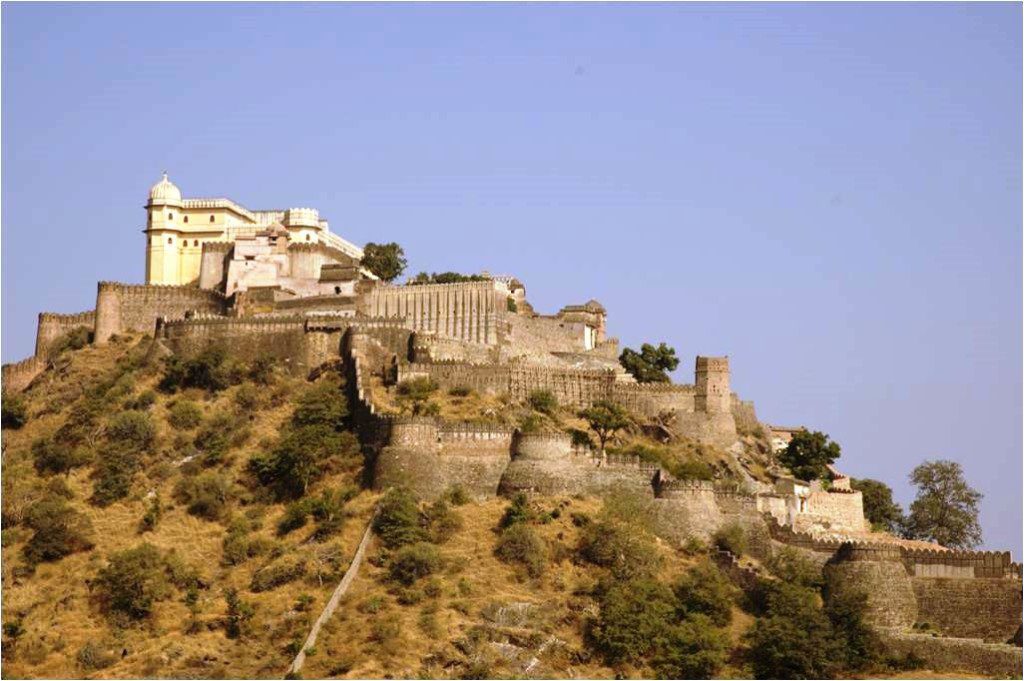 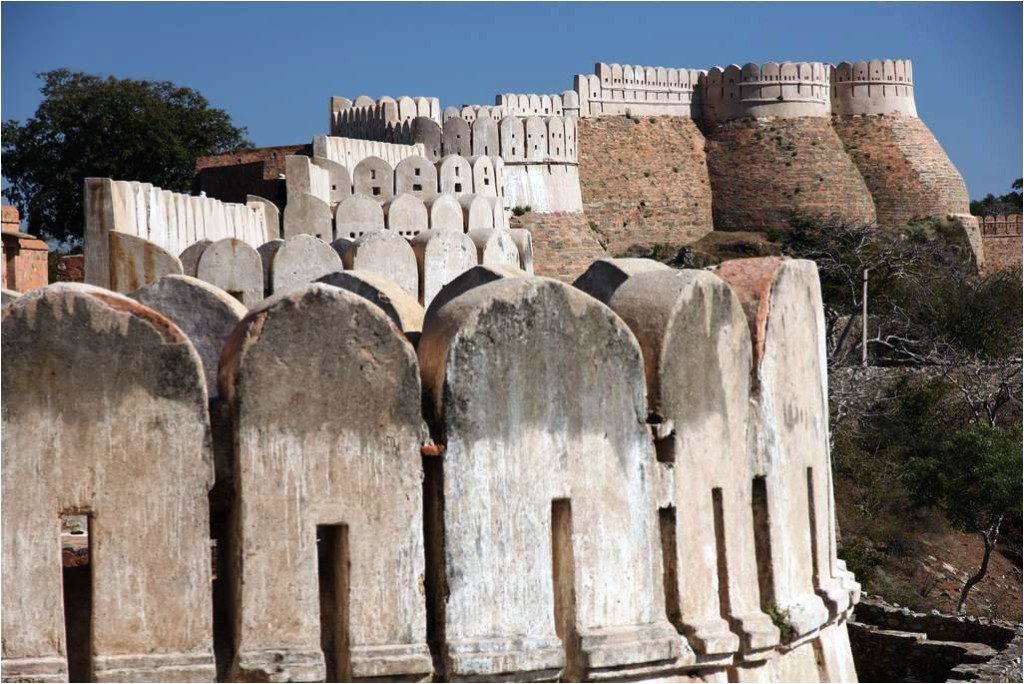 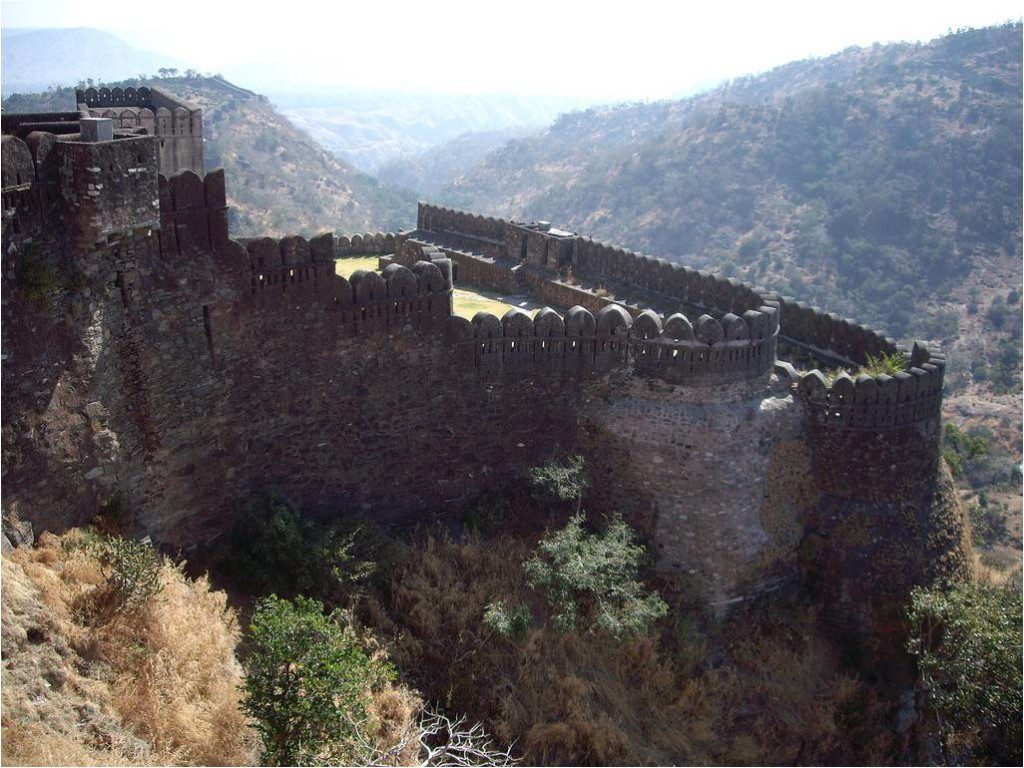 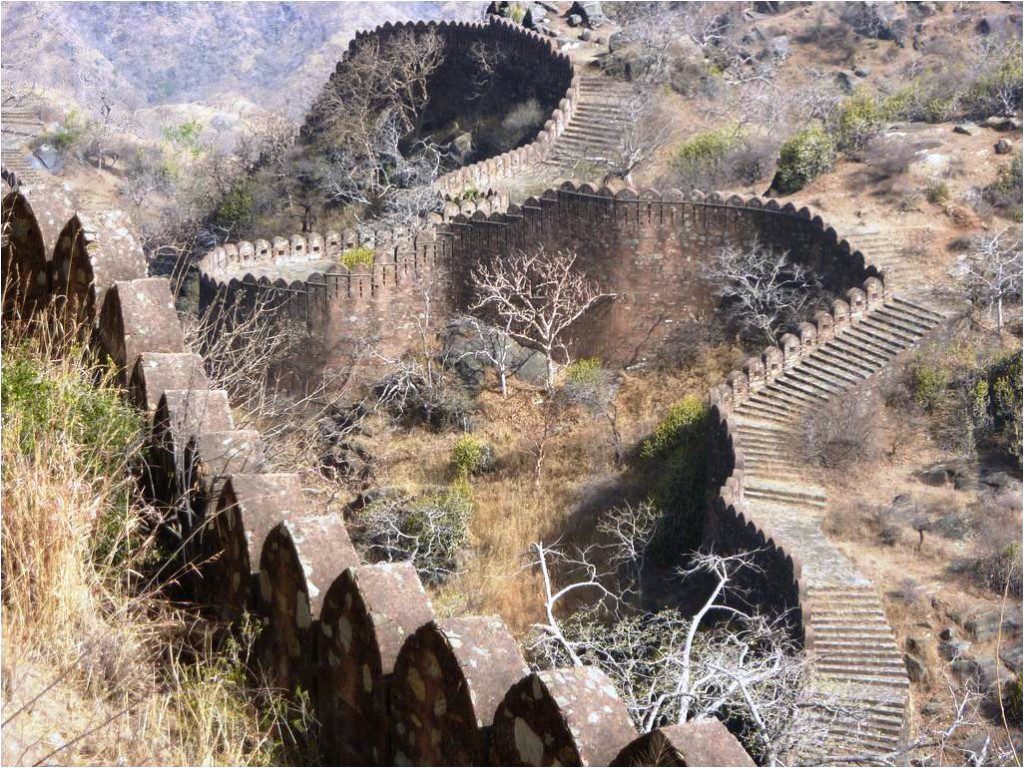 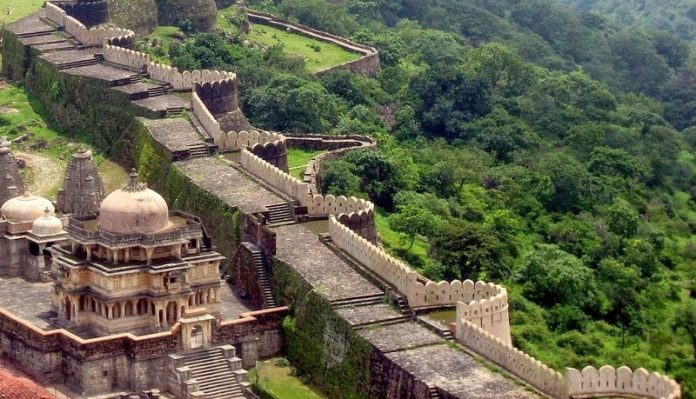 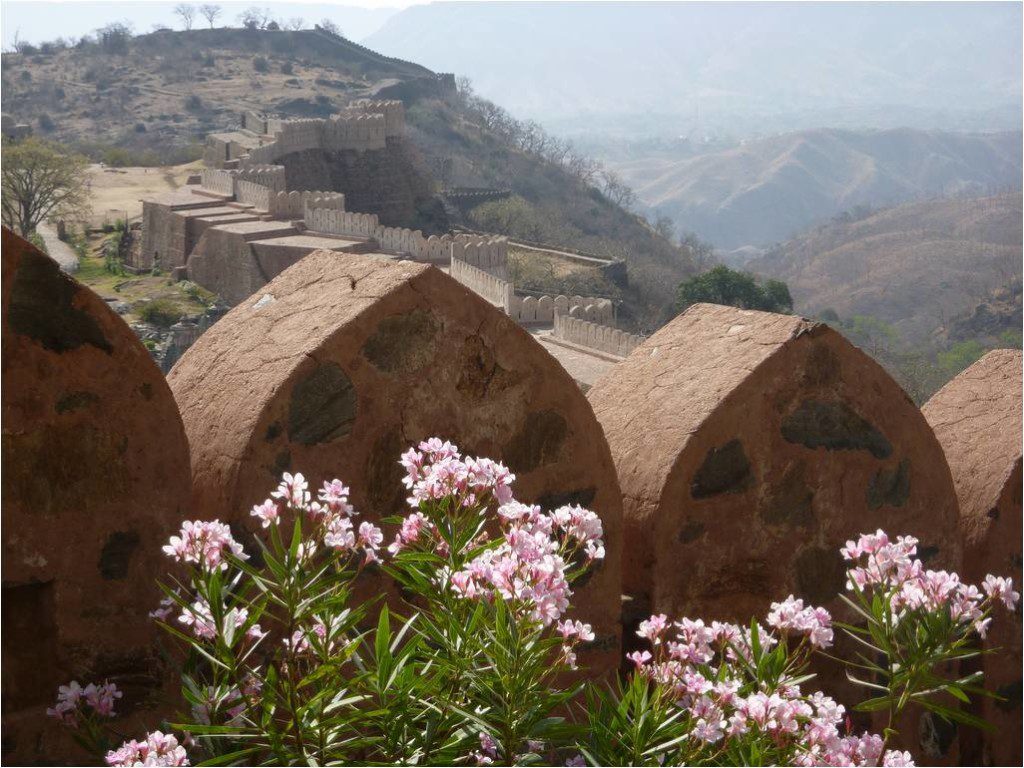 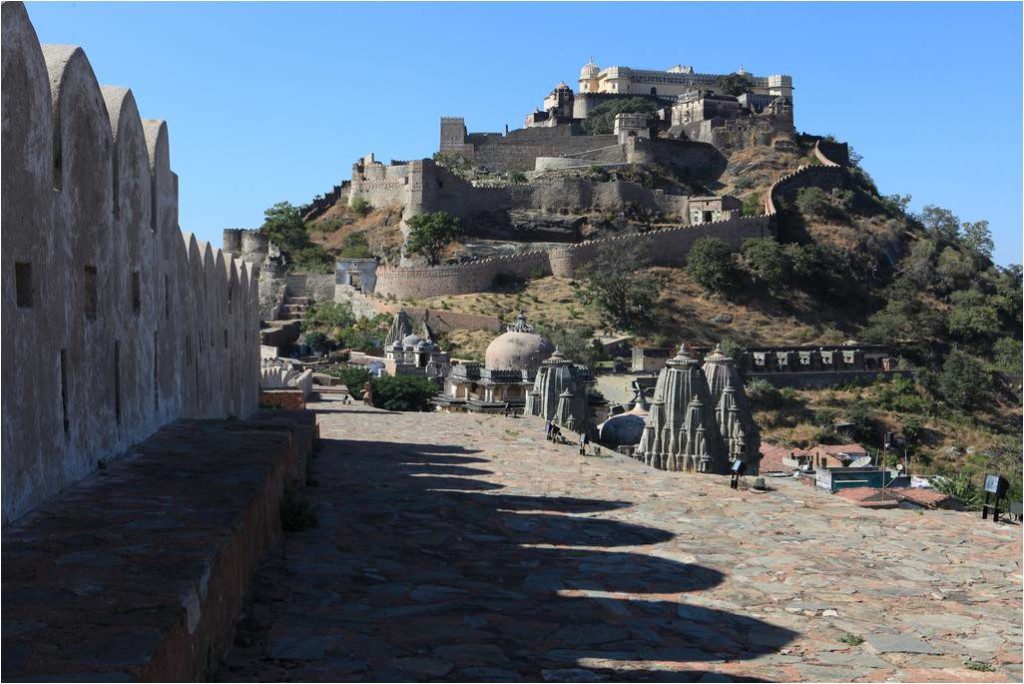 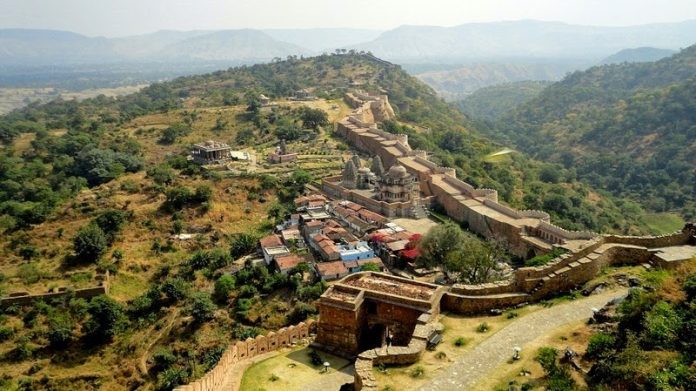 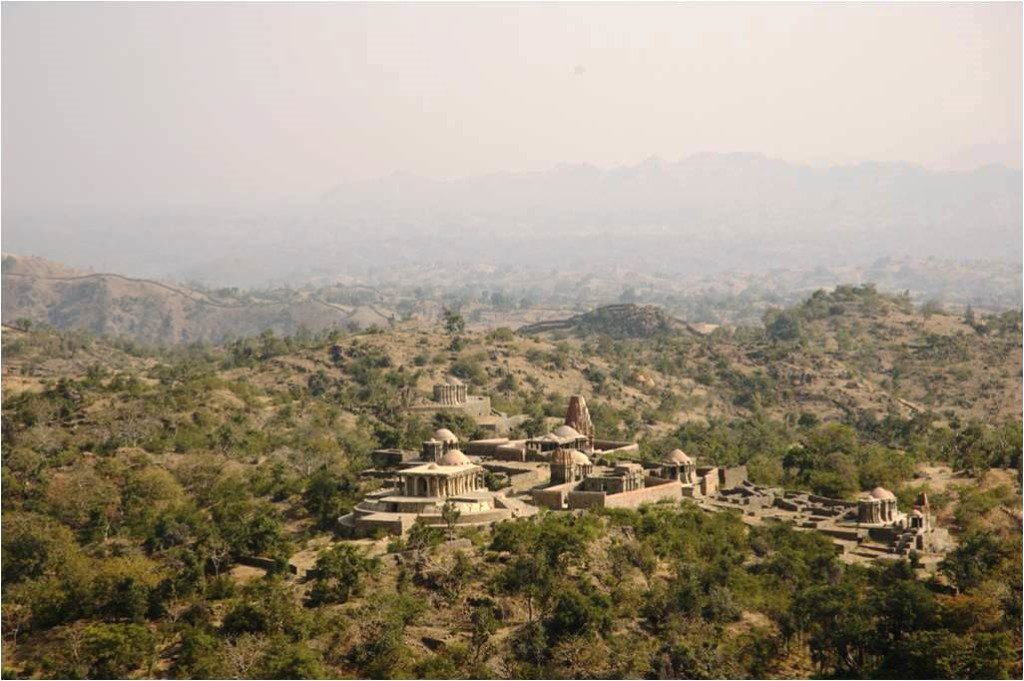 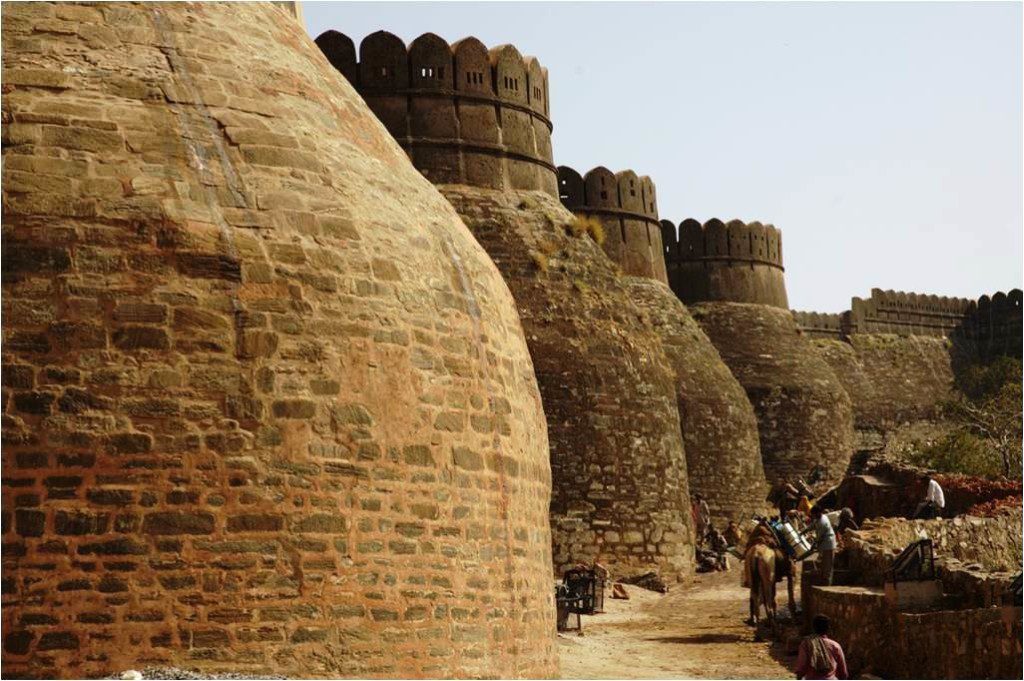 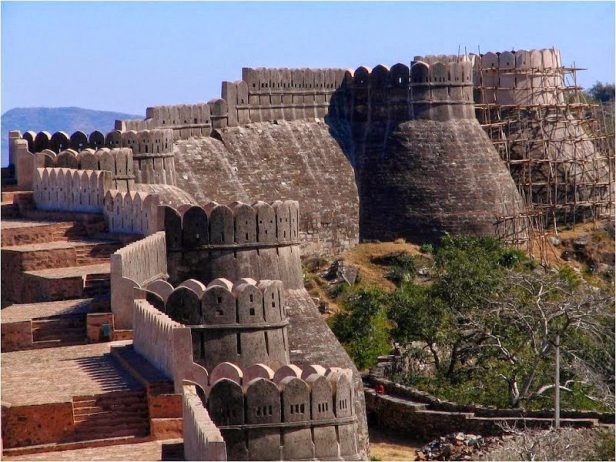 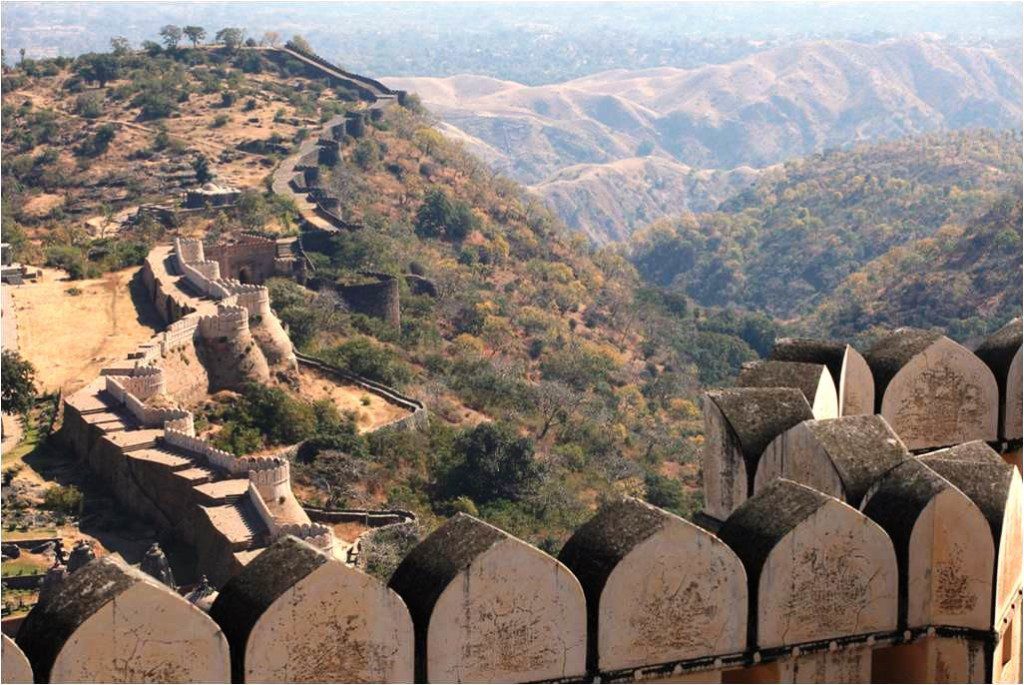 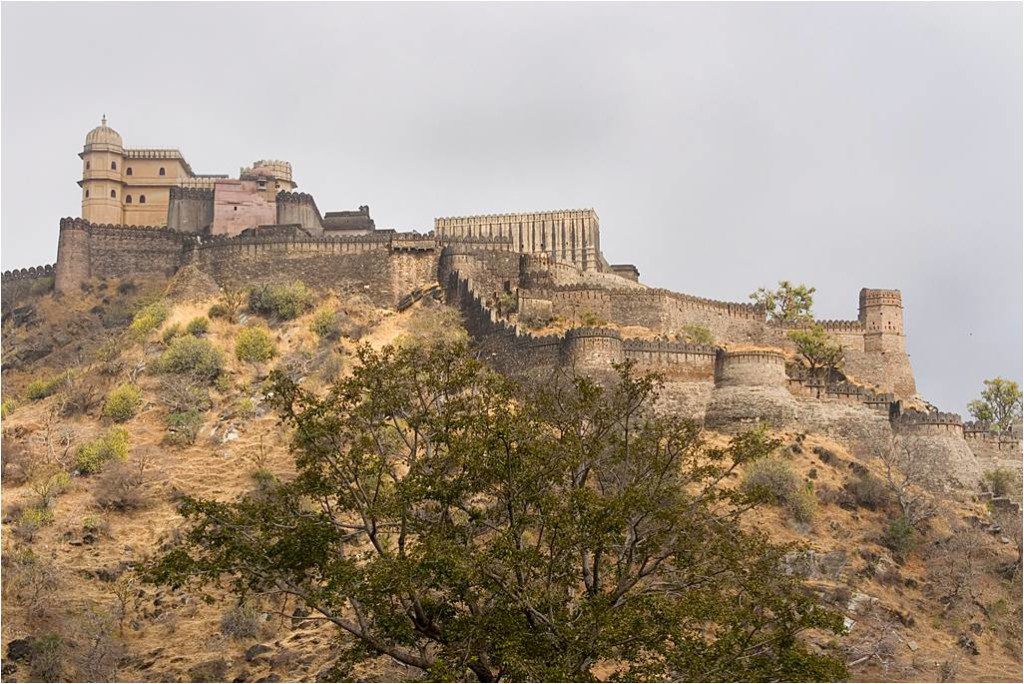 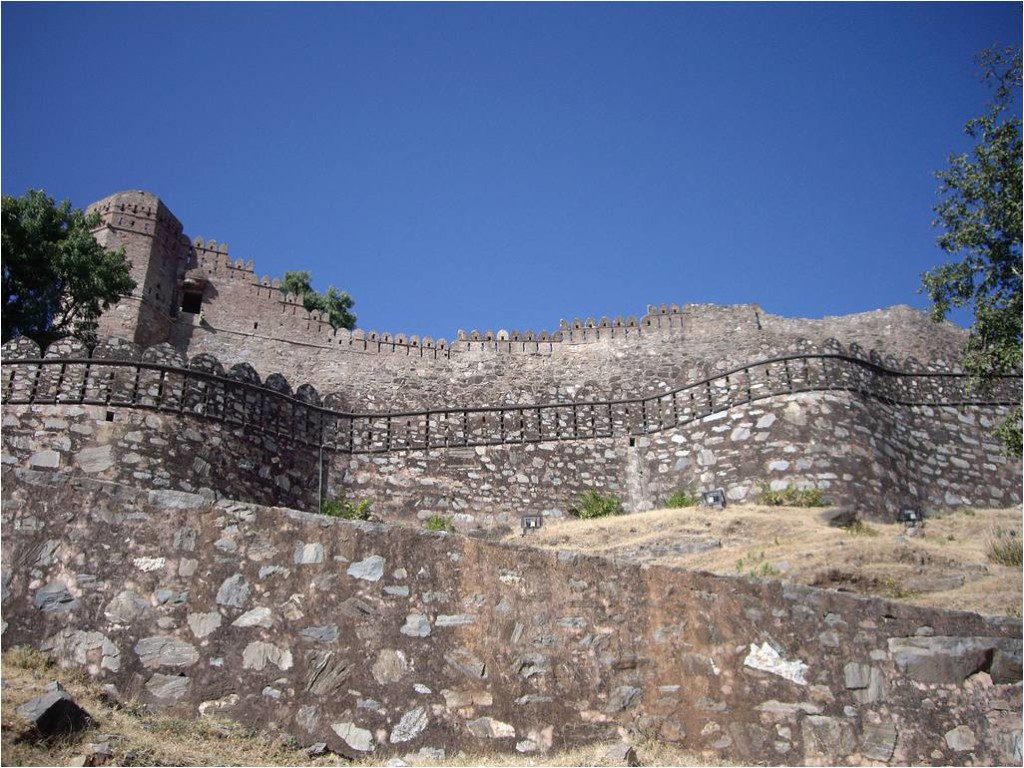 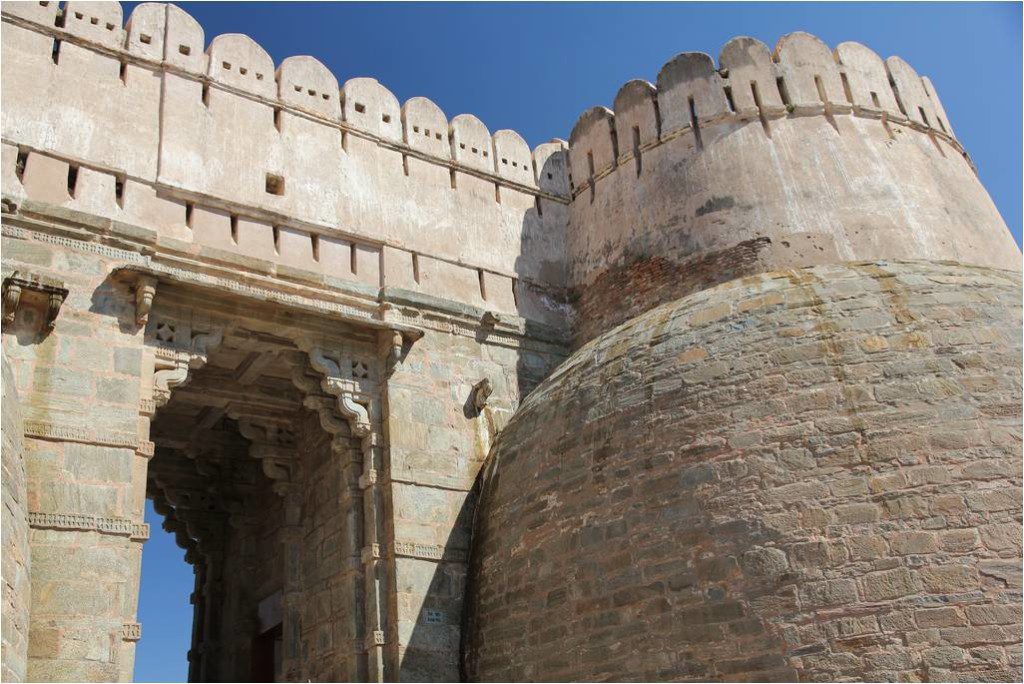 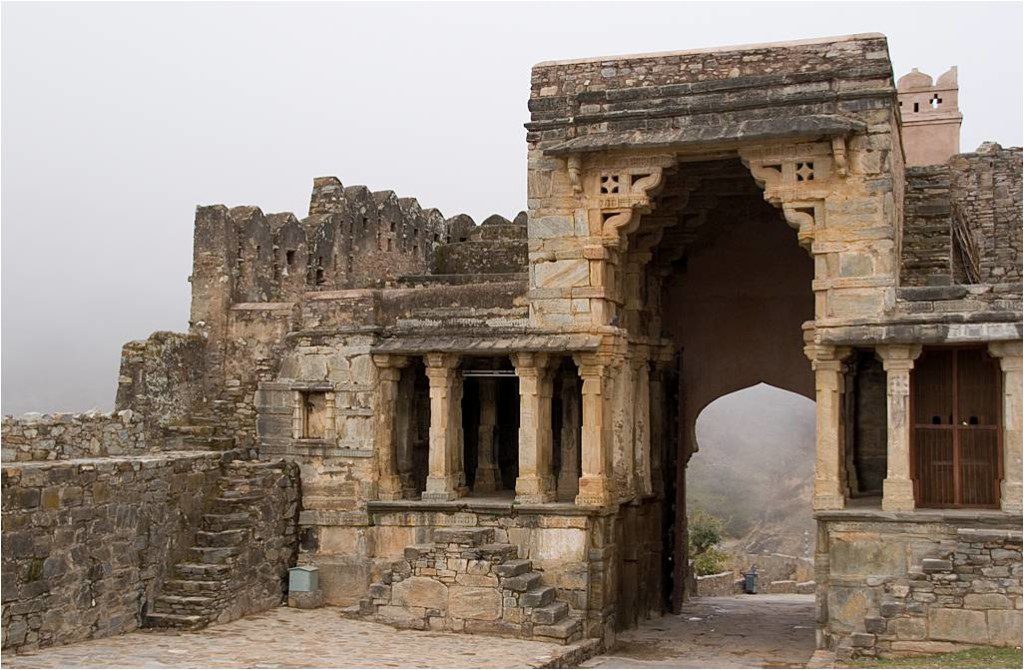