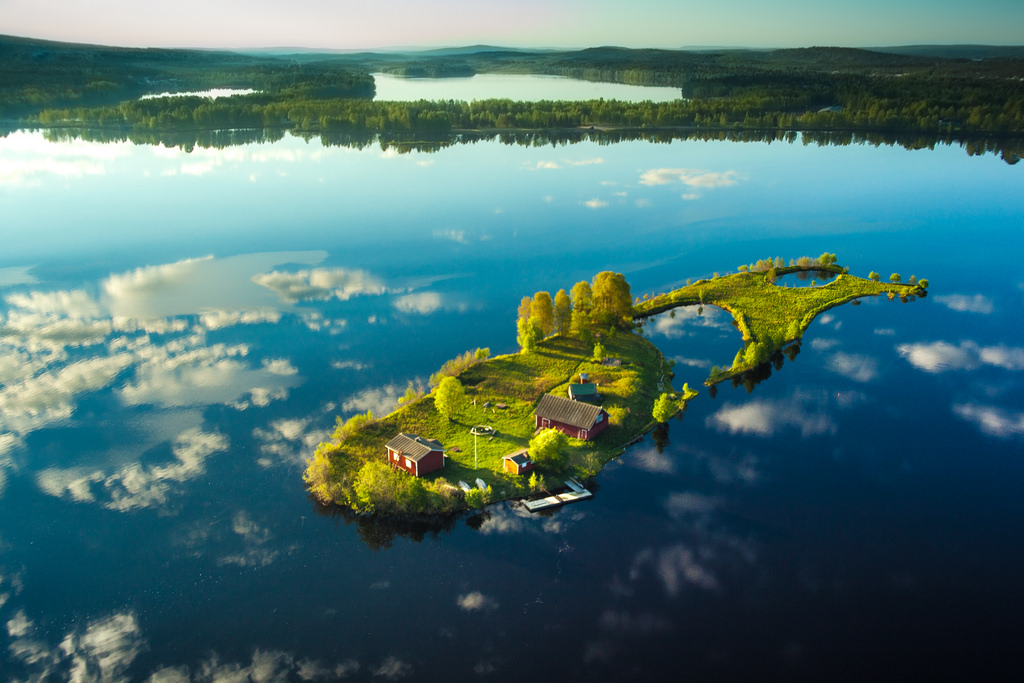 The nature photographer “Jani Ylinampa” based in Rovaniemi, a legendary lumberjack town. He‘s a real master of capturing the breathtaking sunsets, dancing Northern Lights, Amazing forests, Landscapes, lakes and other wonders of nature. The Ounas- and Kemi rivers were used as floating channels for the logging industry from the late 1800 century until the end of 1980 when the floating channels were replaced by the more modern use of trucks.

Well, it makes sense, because in autumn the grass is just beginning to dry out after its growth spurt during summer, whereas in spring it’s already dried from having been under snow for a couple of months and just beginning to regain its color. Interestingly, in southern Europe the colors are inverted – the grass is greener in spring as it dries out due to strong sunlight at the height of summer, though winter comes with humidity but little (if any) snow which allows it to regain its color.

Floating in the scenic Kemi River, it became just the right place to fulfill the photographer’s wish to capture the varying attractiveness of nature. Ylinampa documented Kotisaari Island from a drone through all four seasons, which resulted in four really different but spellbinding pictures of this wonderful piece of land. The Lumberjacks’ history still lives on in the buildings of the island.

The old boathouse has been revamped and it is now used as a tavern. You can only reach the island by boat along the scenic Kemi River to spend a peaceable summer day on this small island or an atmospheric autumn evening when the lights of the city flicker on the river.